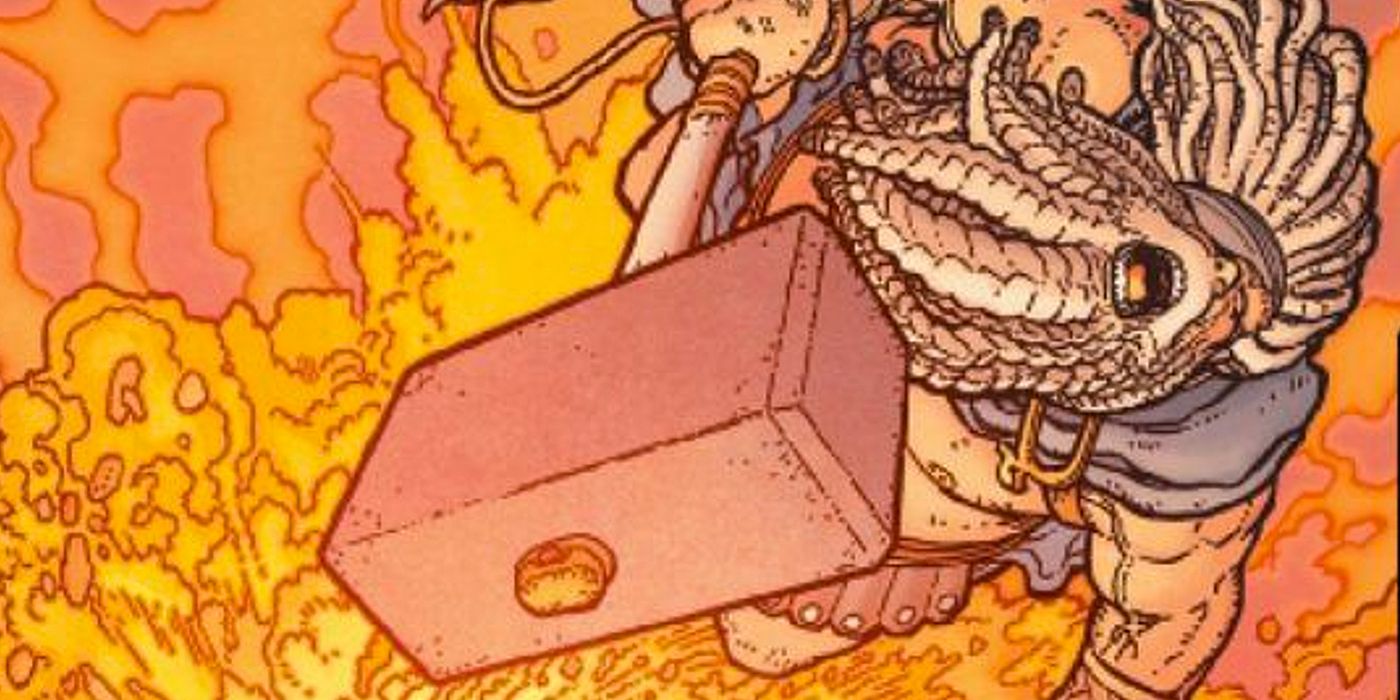 A very different sort of Odin Borson makes an appearance in the upcoming 750th legacy issue of The Avengers, along with a Stone Age look for Mjolnir.

Spotted in a preview for The Avengers #50, a white-haired and rounder Odin appears to be the final surviving member of an attack on the Prehistoric Avengers. Lamenting the demise of his comrades, Odin rants that there is rage burning in his heart and a “hammer of living storm” in his hand, and dares his opponents to oppose his godly fury. The father of Thor swings his mighty hammer, which looks more like the rustic one uncovered by an alternate version of Ant-Man in the upcoming Avengers Forever.

RELATED: The Avengers vs. Omni-Man: Could the Marvel Team Beat Invincible’s Villain?

The Prehistoric Avengers, also known as the Stone Age Avengers or the Avengers of 1,000,000 B.C.E., debuted in 2017’s Marvel Legacy #1 and were created by Jason Aaron and Esad Ribić. Composed of Odin, Lady Phoenix, Agamotto, the Black Panther of the Panther Tribe, the first Ghost Rider, the Iron Fist known as Fan Fei, and Vnn, the first known host of the Star Brand, this ancient collection of Earth’s Mightiest Heroes battled the deranged Celestial known as Zgreb in their initial appearance. The team has made additional appearances throughout Aaron’s 2018 run on The Avengers and also encountered the Eternals.

The members of the team appear to have changed in the preview of The Avengers #50, just as Odin himself has aged from a warrior in his prime to an elderly All-Father. Lady Phoenix — Odin’s lover on the team — has been replaced by a Gorgilla, who appears to have inherited the power of the Phoenix Force, while characters named Lady Starbrand and the Savage Iron Fist have taken the places of Vnn and Fan Fei, respectively.

RELATED: How Did Marvel Redeem Its Worst Avenger?

Aside from promising the final fate of the Prehistoric Avengers, The Avengers #50 also features Ka-Zar, Kid Thanos — an alternate version of the Mad Titan who boasts that he wants to “murder the Earth in its crib” — and the conclusion of the “World War She-Hulk” story arc.

The Avengers #50 is written by Aaron along with Christopher Ruocchio, and illustrated by Aaron Kuder, Carlos Pacheco, Ed McGuiness, Javier Garrón and Steve McNiven. A variety of variant covers are available, including pieces by the likes of Ed McGuinness, Rob Liefeld, Ron Lim, Arthur Adams and the legendary Jack Kirby himself. The issue goes on sale Dec. 1 from Marvel Comics. 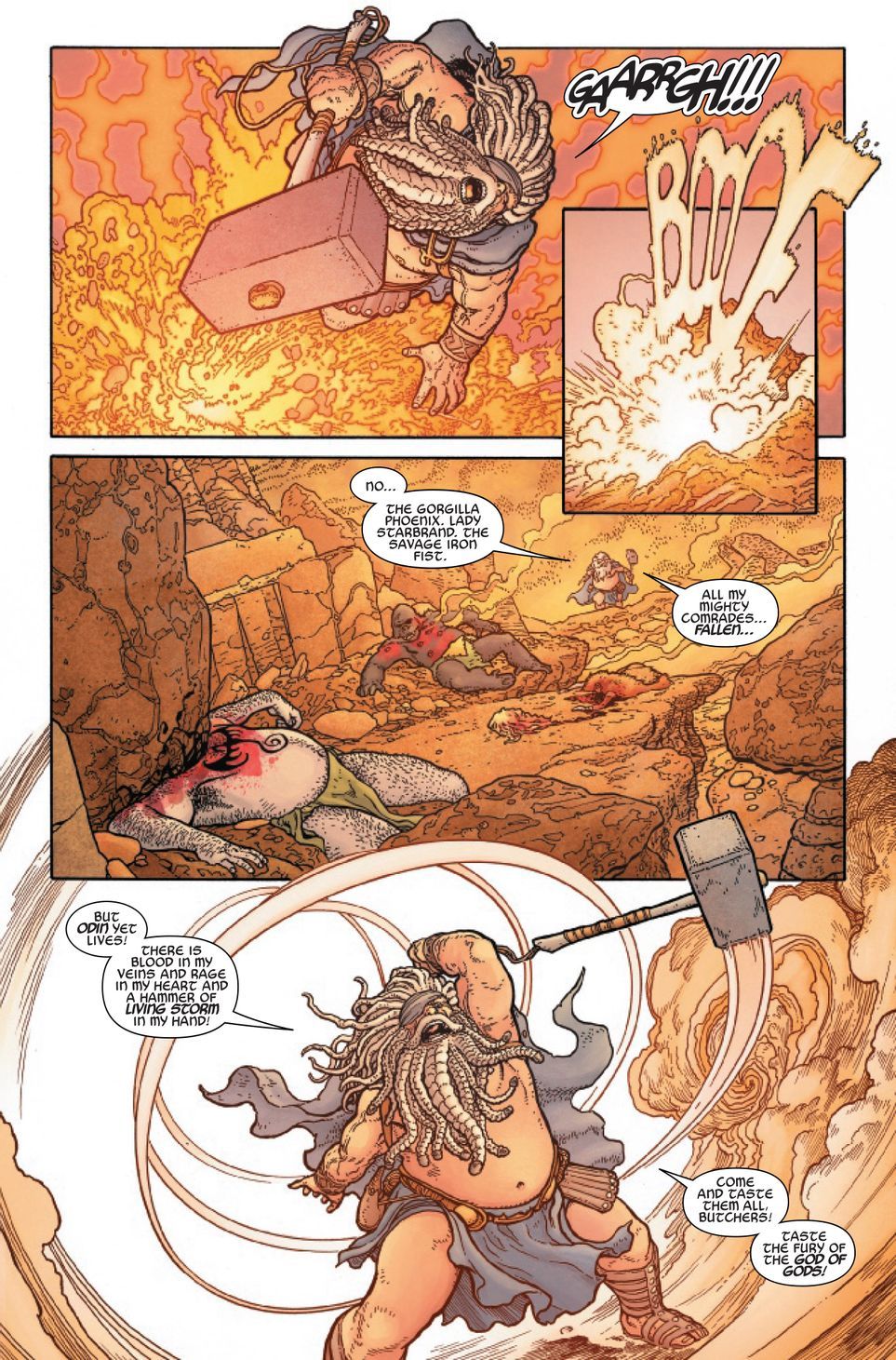 House of the Dragon: Game of Thrones Author Promises “Plenty of Dragons and Battles” in HBO Series