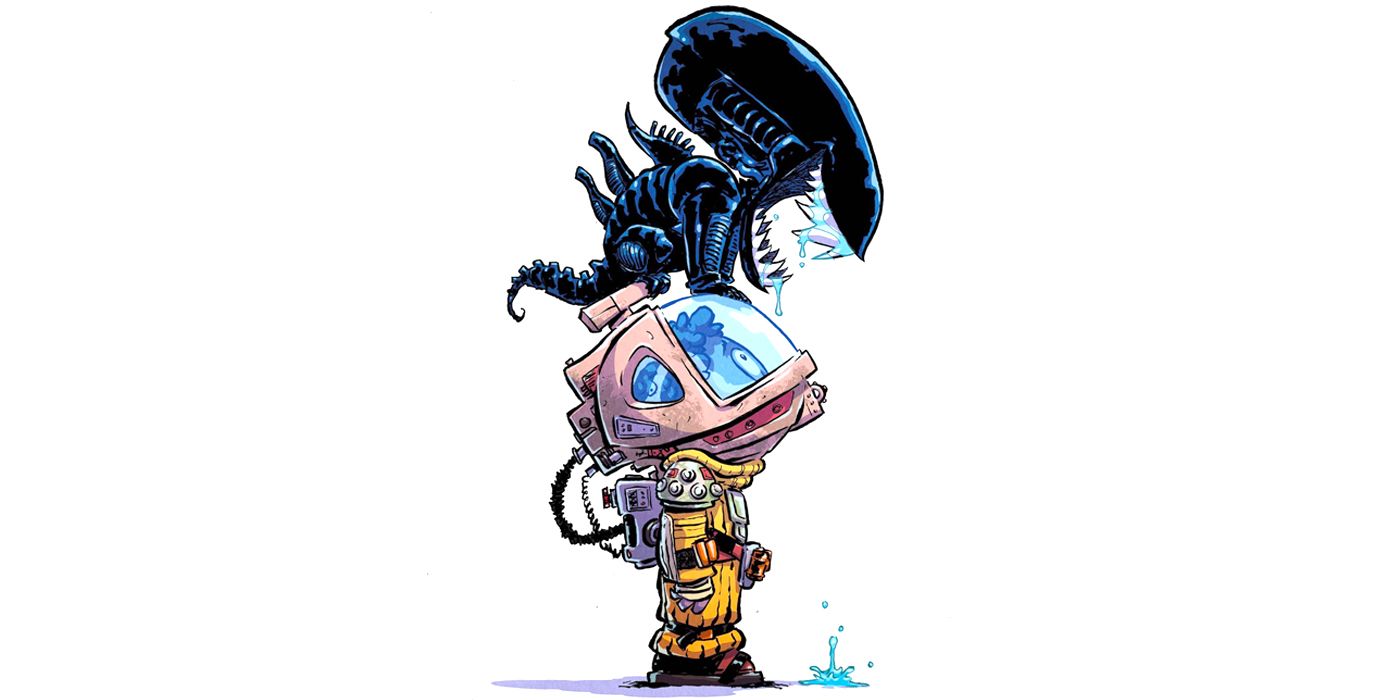 WARNING: The following contains spoilers for Alien #6, on sale now from Marvel Comics. Art in Feature Image by Skottie Young.

As the first arc of Marvel’s new Alien series comes to an end, the big question is what the Xenomorphs have planned for the galaxy. Lead character Gabe has seen a dark alien queen in his visions who is humanoid and in control of an army of hybrids that may be the result of the experiments of the Weyland-Yutani Corporation. As the first story arc reaches a conclusion in Alien #6 (by Phillip Kennedy Johnson, Salvador Larroca, Guru-eFX and Clayton Cowles), it appears that the aliens are one step closer to domination due to the replacement of their deadliest Xenomorph with the cutest one.

The series so far has focused on the efforts of Gabe, a military vet, who attempts to rescue his son, Danny, from the Epsilon space station that has been overrun by aliens. Gabe had an experience with a Facehugger twenty years ago that incubated him with a baby alien, only for scientists to extract the creature and use it to create an Alpha hybrid, which is now destroying the station. 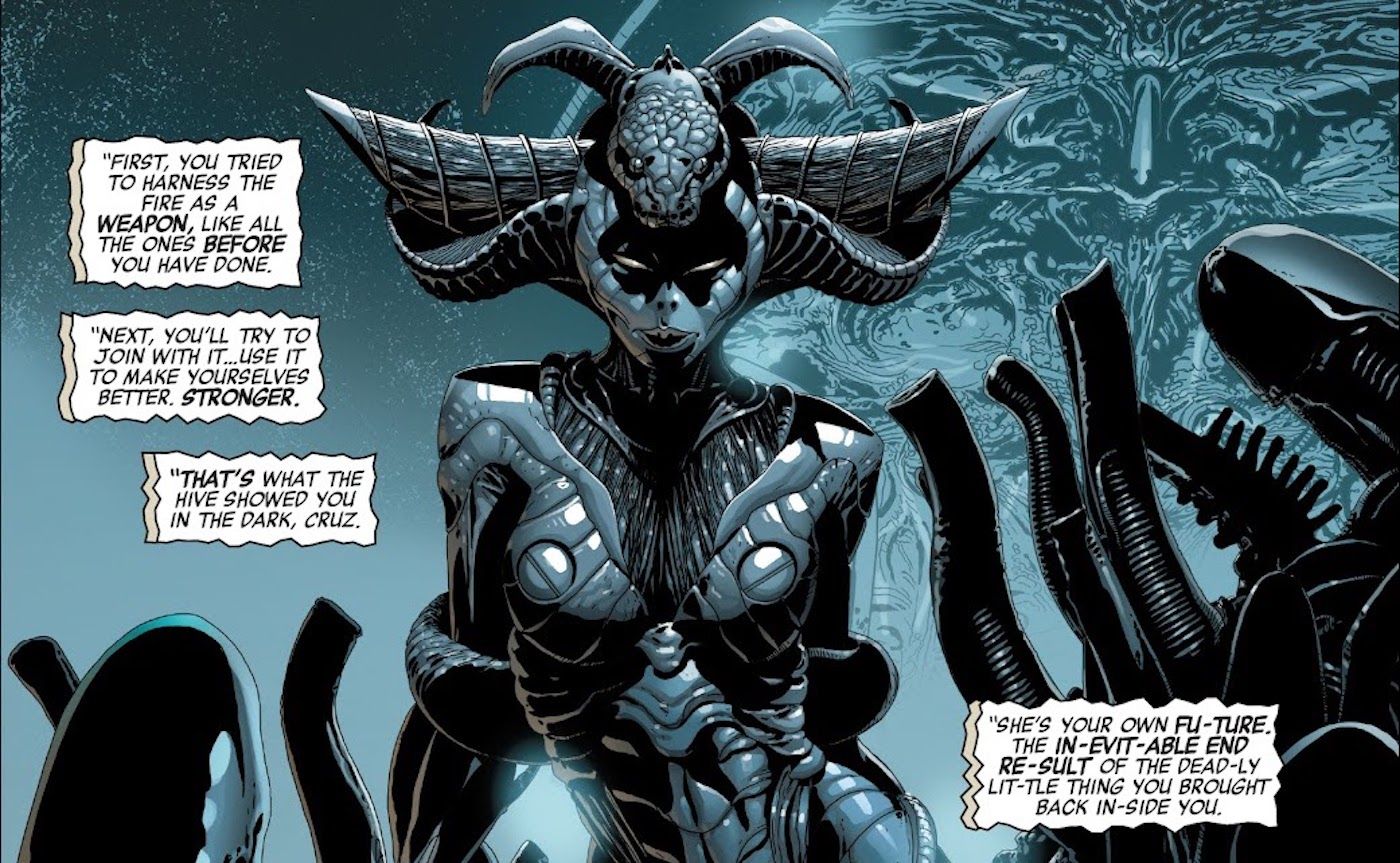 Gabe finds an infected Danny with the help of a robot, Bishop. They end up having to kill Danny’s android girlfriend, Iris, who wanted him to bring aliens back to Earth to purge humanity for their wicked ways. Bishop extracts and kills the alien inside of Danny, and after a battle, the team heads back to Earth.

Despite this, it’s not an entirely happy ending because one of the animals Bishop has on the ship is a cute black cat. The final panel of the issue reveals marks on the animal’s face that indicate that it has also been the victim of a Facehugger alien. It was previously revealed that on Epsilon, animals were experimented on to create new hybrids, and this strongly implies that the adorable cat is housing a vicious creature.

RELATED: Aliens: How Humans Created a New Kind of Xenomorph 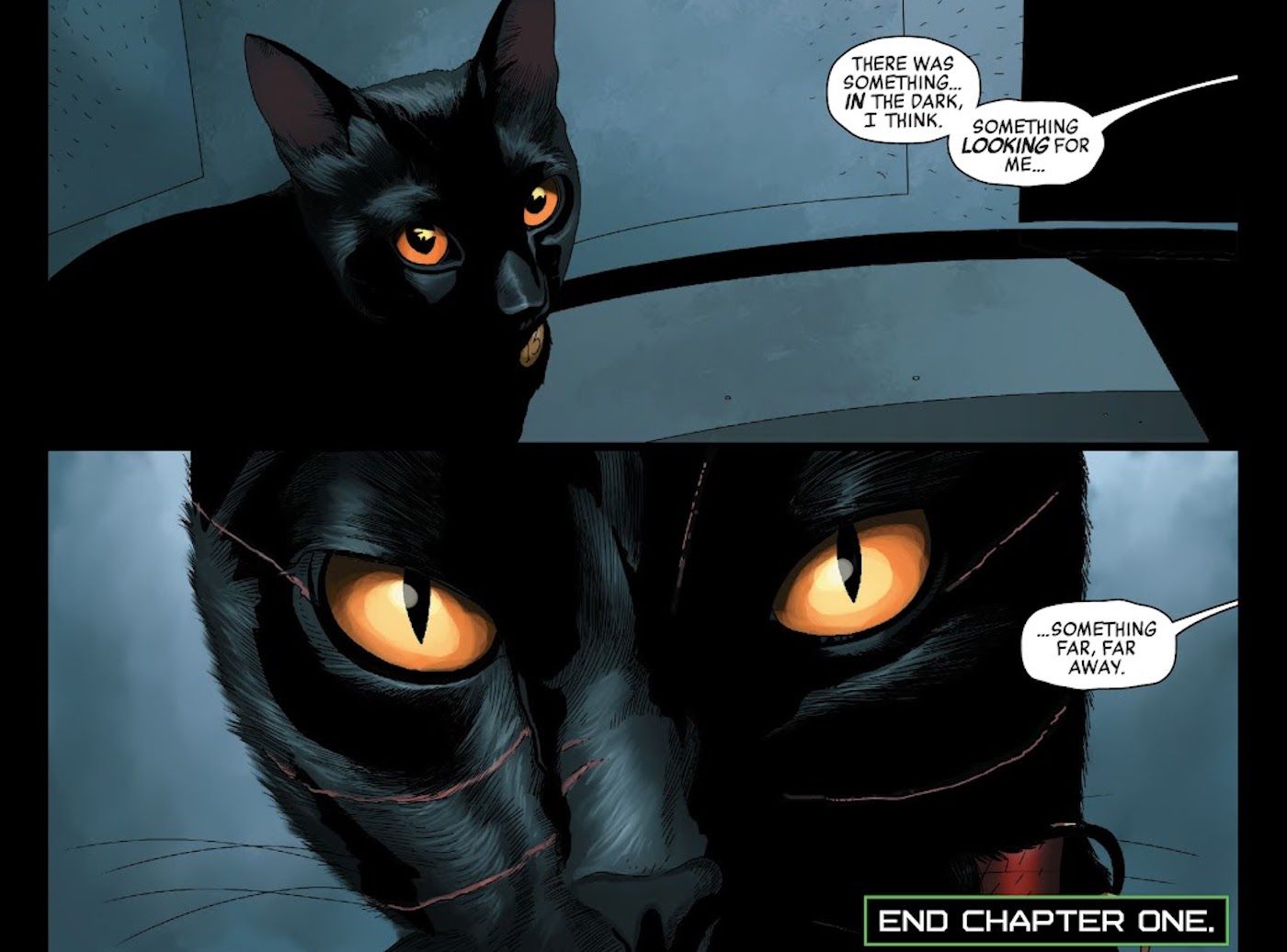 This also suggests that Bishop may be purposely taking the infected feline back to Earth to run wild, or for Weyland-Yutani to use in the creation of new creatures. Either way, this may foreshadow why the dark queen in Gabe’s visions had so many new hybrid servants in the future that was revealed.

This cat may quite possibly be the key to the dystopian future seen in Gabe’s vision. Whether humanity controls it on Earth to make new monsters, or it begins forming its own army by infecting people and animals alike, this adorable kitten is sure to be instrumental in the next alien attack on the world.

KEEP READING: Predator: Before the Prequel, Here’s Everything to Know About the Aliens’ Origin