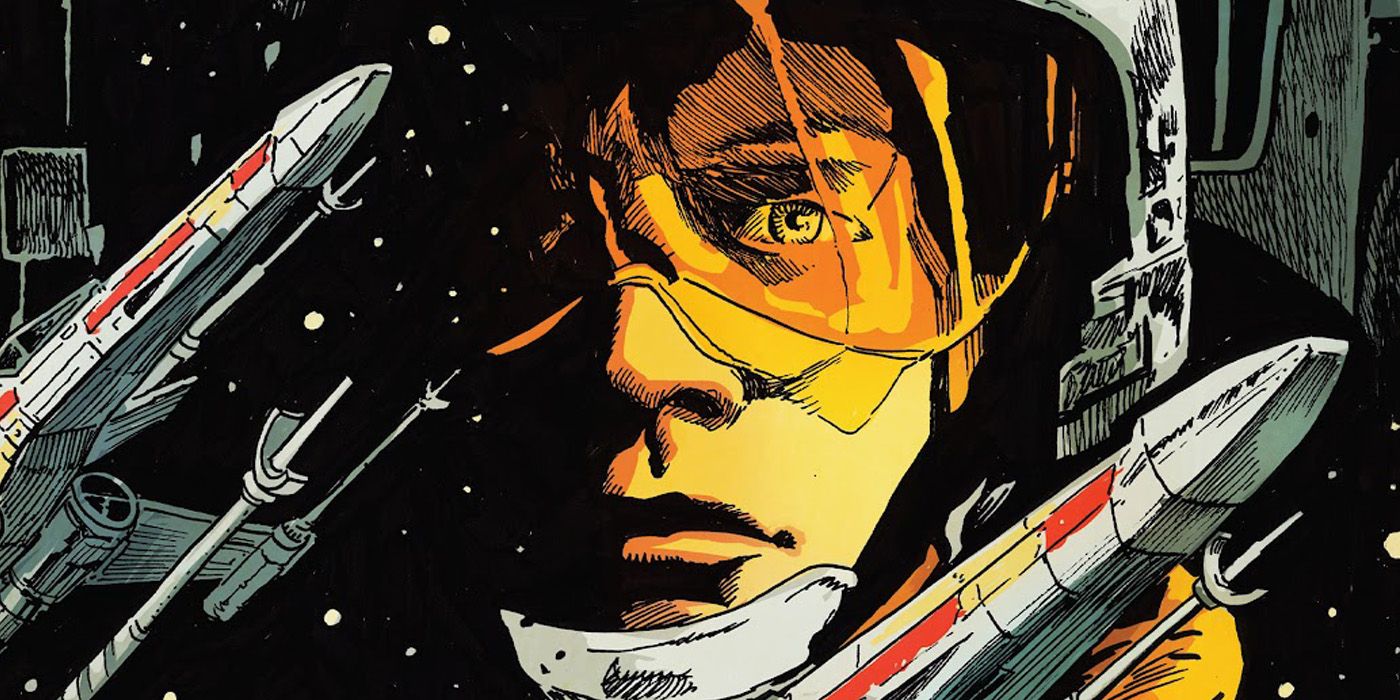 In Star Wars #20 (by Charles Soule, Marco Castiello, Rachelle Rosenberg, and VC’s Clayton Cowles), Luke Skywalker is treated to a bird’s-eye view of the history of the Jedi through an echo of a dead Jedi. This moment, and its radical challenge of the structure of the Jedi Order, would shake Luke’s perspective decades before his hermitage in The Last Jedi.

Luke’s desperation to improve his skills as a Jedi after his failure in Cloud City leads him to scour the galaxy for new Jedi knowledge. A holocron recording of Yoda points him to the Living Sea of Gazian. Submerged beneath its fungal surface, Luke encounters the ghost of Elzar Mann, a Jedi from the High Republic. Luke is then giving a visual history of the Jedi from the defeat of Darth Bane through the High Republic Era. The story unfolding in the current issues of Star Wars is bridging the wide time span of all the movies and even hearkening back to the recently launched High Republic content.

Related: Star Wars Trumped the Sequels’ Most Powerful and Controversial Jedi Trick in a Huge Way 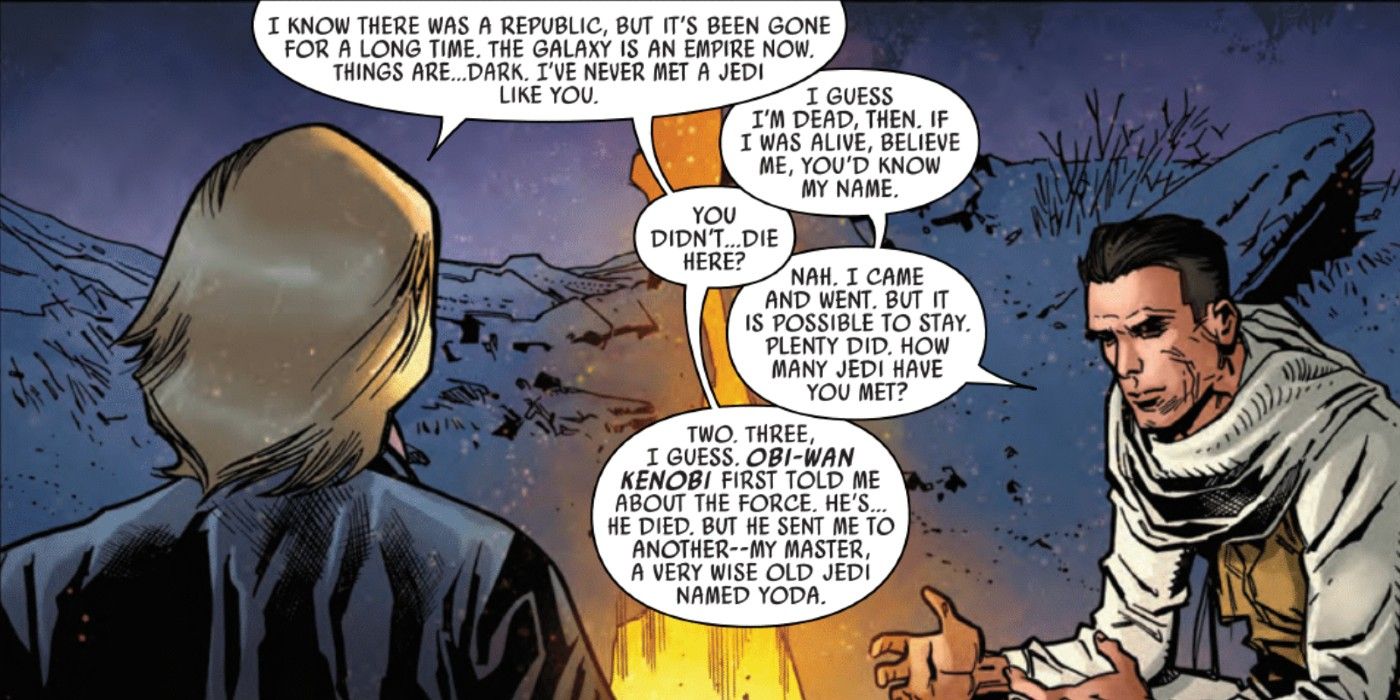 Mann describes the High Republic as a golden age eight centuries after the defeat of Bane. Mann surprises Luke and tells of other rises and falls of the Jedi. At times, they were not peacekeepers but instead warriors, in other moments they were simply teachers, and in other times they served as cloistered mystics. Then, at the end of this tour, Mann reminds Luke that his experience is not the first: “Sometimes . . . We are carved down to almost nothing. Those who are left must bear the responsibility of being one last bit of light in a galaxy filled with endless dark.” There have been other moments where the Jedi numbers were quite thin.

Mann also delivers some shocking truth: “You don’t have to be a Jedi, friend. We’re not the only game in town.” The Jedi Order, according to Mann, is just a system to help understand the ways of the living Force and use it to serve the galaxy and its inhabitants. Most importantly, Mann reminds Luke, there are other ways to explore the Force and learn to use that power he feels growing inside him.

Years later, the effects of this encounter would manifest in Star Wars: The Last Jedi (2017). Jedi-to-be Rey pursues Luke Skywalker in his self-imposed exile. Unwilling to come out of hiding to aid the Resistance, Luke insists that the Jedi should end. He relents slightly and trains Rey in the ways of the Force. But at her early departure, he attempts to burn the entire remaining collection of Jedi tomes, some he likely acquired in his search as seen in the recent issues of the Star Wars comic series. 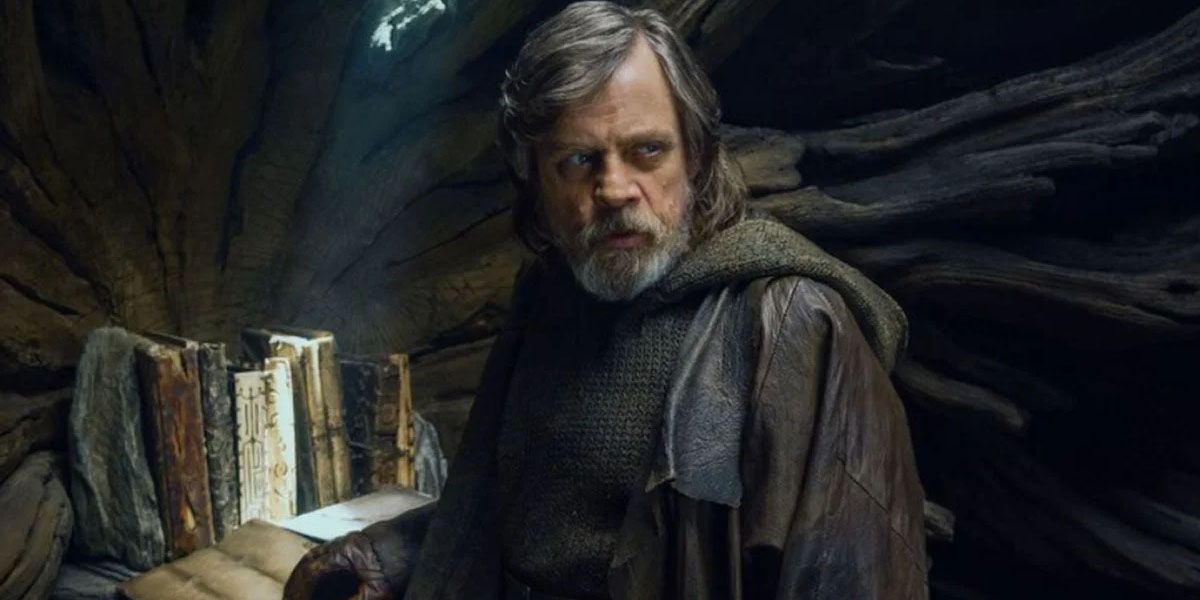 The fan reaction to The Last Jedi often focused on the suddenness of Luke’s switch in attitude—many felt that it was out of character. Yet, Star Wars #20 gives an in-canon resolution for that difficulty: Luke had plenty of time to ponder the entire Jedi/Sith system and his place within it. Years before The Last Jedi, Luke would first grapple with the reality that the Jedi and Sith binary is but just one way of looking at the system.

Luke’s rejection of the Jedi ways in his later years is not at all entirely surprising if he knew early on that there was another path. Through Mann, he was shown that the Jedi Order was simply a structure built to understand and grow in use of the Force. More so, that structure morphed throughout the ages—while slow in changing, it did change. Luke would have had plenty of time to consider different paths towards using the Force.

Mann also tells Luke: “It also sounds like the Force wants you, and that can be hard to fight.” Mann did not tell Luke it was impossible—in other words, it was possible to separate oneself and their destiny from the will of the Force, although it would take great work. We see Luke making this very choice in The Last Jedi and rejecting the use of the Force in his own life.

While criticized as out-of-character, Luke’s decision to reject the Jedi and the Force is no longer something that came surprisingly to him. Even in the current moment of the comic, before his final confrontation with Vader before the Emperor, Luke is grappling with the larger philosophical issues of the Force in a way that other Jedi before him did not have to. Luke’s self-determined path to becoming a Jedi may have been unusual but it did force him to truly explore a wider understanding of the Force than he may have received had he been trained in the Jedi Temple on Coruscant when the Jedi Order was thriving.

Warner Bros. Discovery’s Plans for DC Movies Still Up in the Air