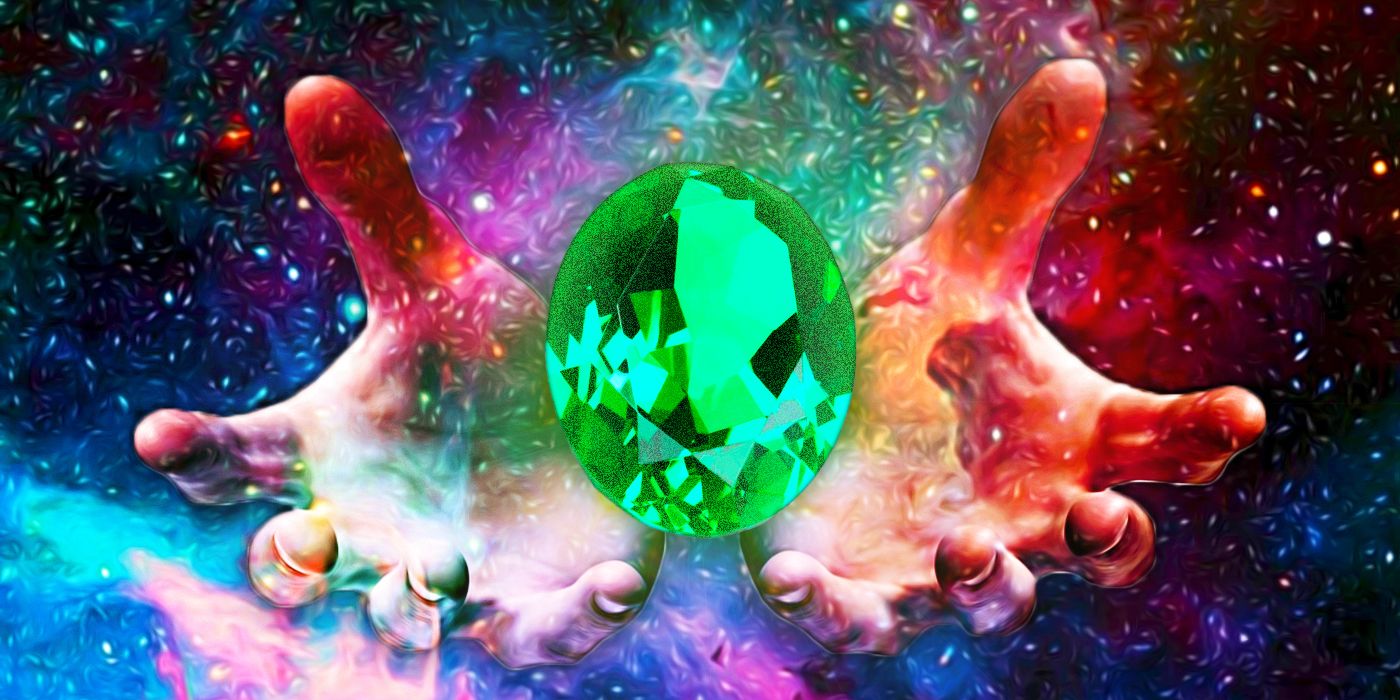 Symbiote Spider-Man: Crossroads has sent the titular hero hurtling through time and space on one of his wildest adventures yet. Along the way, he has been brought face-to-face with some of the most horrifying and vicious figures that the Marvel Universe has to offer, though the latest has put them all to shame. Asgardian sorceress Karnilla has become near indomitable thanks to the power of the Matrix Stone. Thankfully, Odin himself has arrived to prove that even Marvel’s greatest artifacts are little more than trinkets in his hands.

Spider-Man’s interdimensional quest has left him deep within the sorceress’s own territory of Nornheim. The Incredible Hulk and Ikaris of the Eternals join Spidey in a prime position to put a stop to Karnilla’s plans. Or rather, it would be if it weren’t for her current grasp of the Matrix Stone, the most powerful of the Norn Stones left behind by the cosmic Celestials. Luckily, they aren’t the only ones aware of the situation at hand, and it isn’t long before the All-Father of Asgard arrives to put the Norn Queen back in her place. 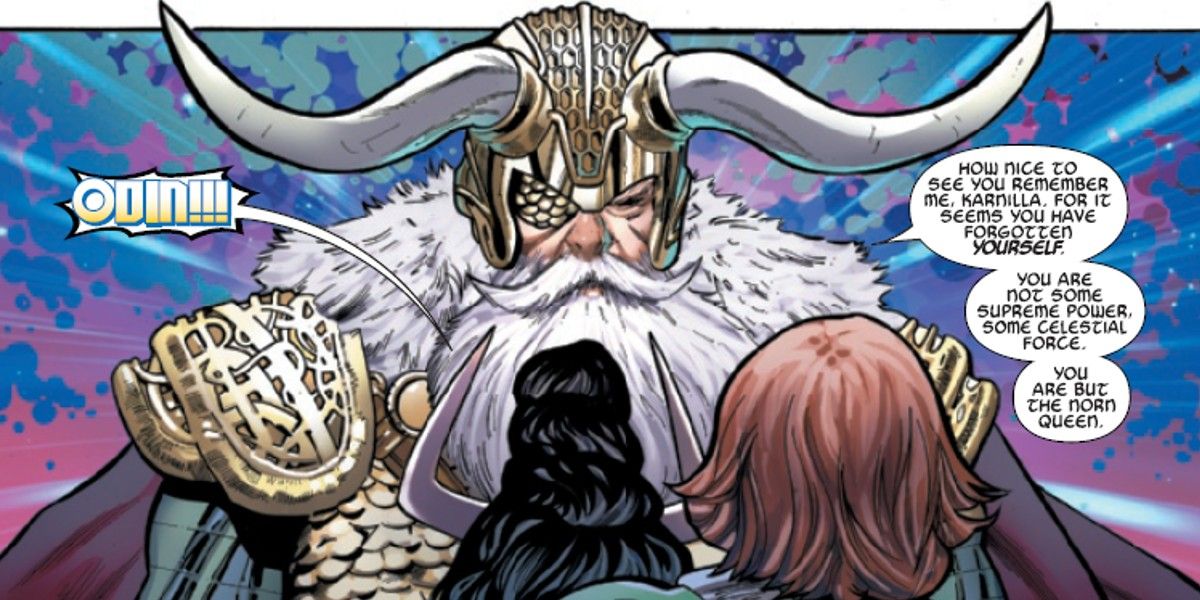 The appearance of Odin in the pages of Symbiote Spider-Man: Crossroads #5 by Peter David, Greg Land, Jay Leisten, Frank D’Armata, and VC’s Joe Sabino is hardly shocking in itself, considering Nornheim’s place within Asgard, yet the manner in which he puts an end to her scheme certainly is. Odin easily plucks the Matrix Stone from Karnilla’s forehead before crushing it to dust with a single clenched fist. Odin has never been anything but a powerhouse in his own right, but the fact that he managed to so easily destroy a Celestial artifact is still a stunning display even for the king of Asgard.

Of course, this isn’t the first time that Odin has stood firm against these kinds of cosmic threats. Alongside the rest of the Stone Age Avengers, Odin defeated the Horde-inflicted Celestial known as the Fallen. He even organized the living gods of Earth’s various pantheons to confront the Third Celestial Host, as well as making wartime preparations for the eventual arrival of the Fourth Host a millennia later. Odin’s battles against his fellow Asgardians might be far more iconic than his cosmic struggles, the likes of which have yet to their way into the MCU, but it is precisely these fights that provide proper context for how awe strikingly powerful Odin truly is. 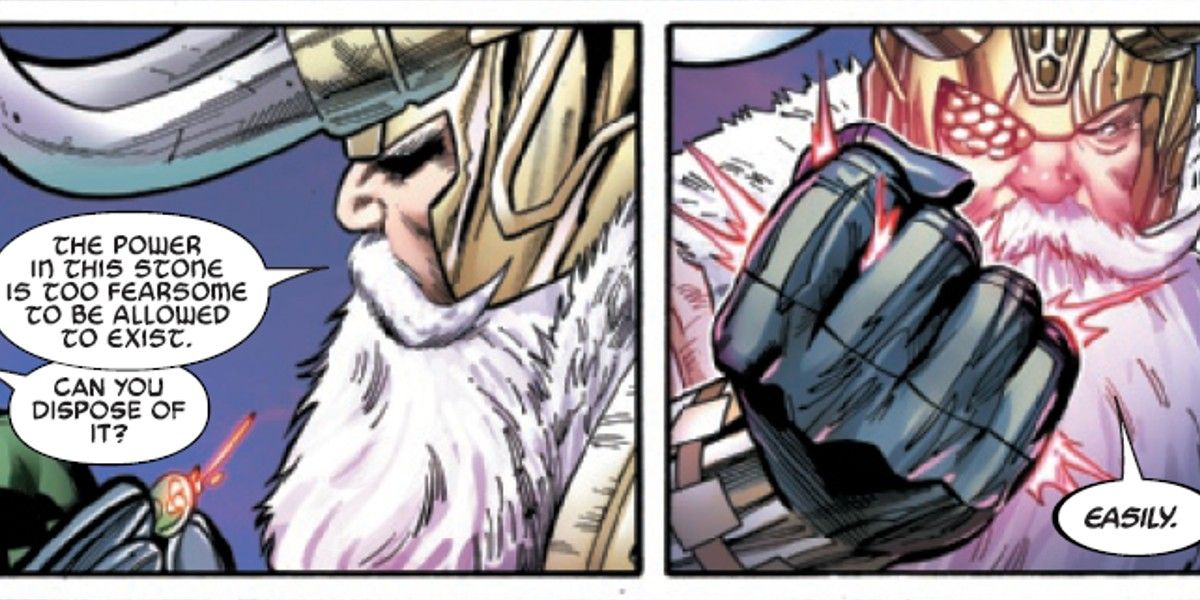 On the other hand, Odin’s place in the Marvel Universe isn’t exactly one in the limelight. That isn’t to say he hasn’t been an impactful or iconic figure throughout his comic book career, but rather that his duties to Asgard have relegated him to the role of a supporting player in most of his appearances. Even if that remains the case for the foreseeable future, there is no question that any cosmic threats to the realm will be met with their worst nightmare or at least a one-eyed version of it.

When Do The Batman Tickets Go on Sale?