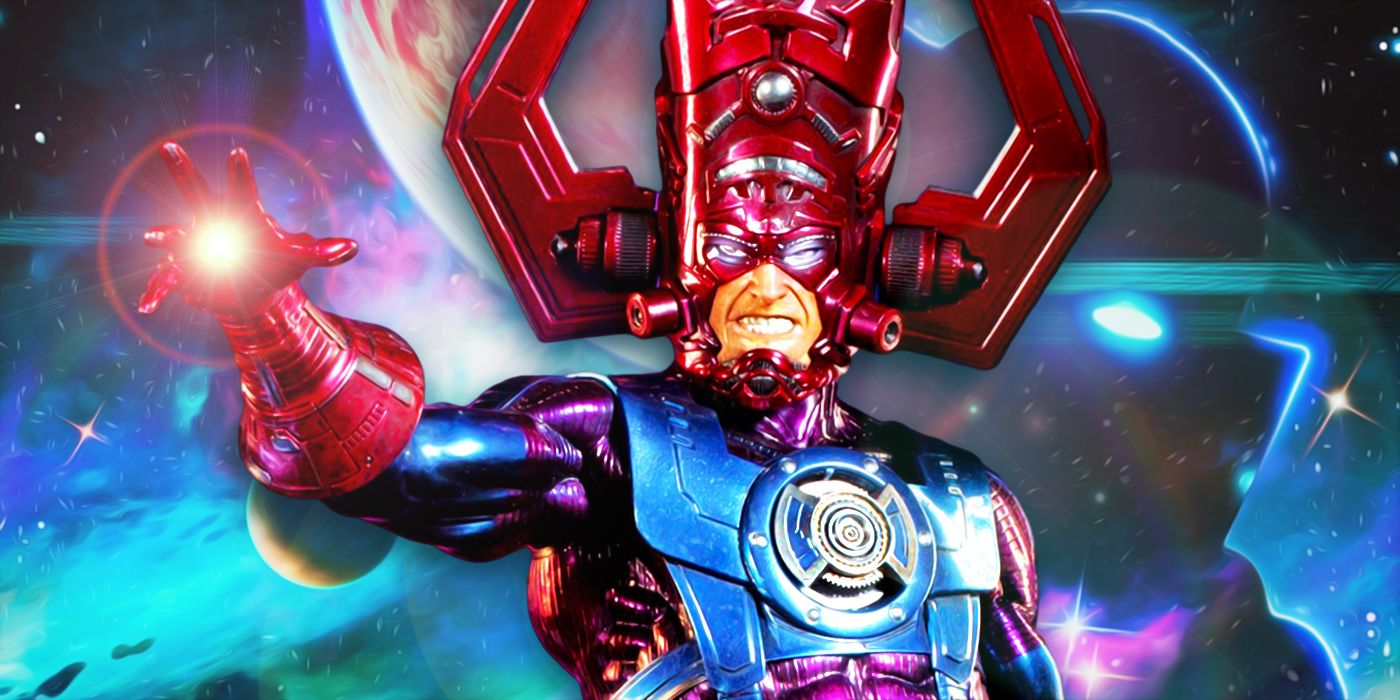 Marvel’s Dark Ages has brought about a whole new era of terror for those “lucky” enough to survive the initial plunge into darkness. Thankfully, the remaining heroes have not only been strong enough to stay alive, they’ve proven capable of building a world worth living in. The supercities that now dot the globe stand as a testament to everything that has been overcome since the world changed forever, but they haven’t managed to convey just what things were like before then.

All things considered, this might not seem like a serious issue on the surface, but not knowing their history could very well be a death sentence for the next generation of Earth’s Mightiest Heroes. 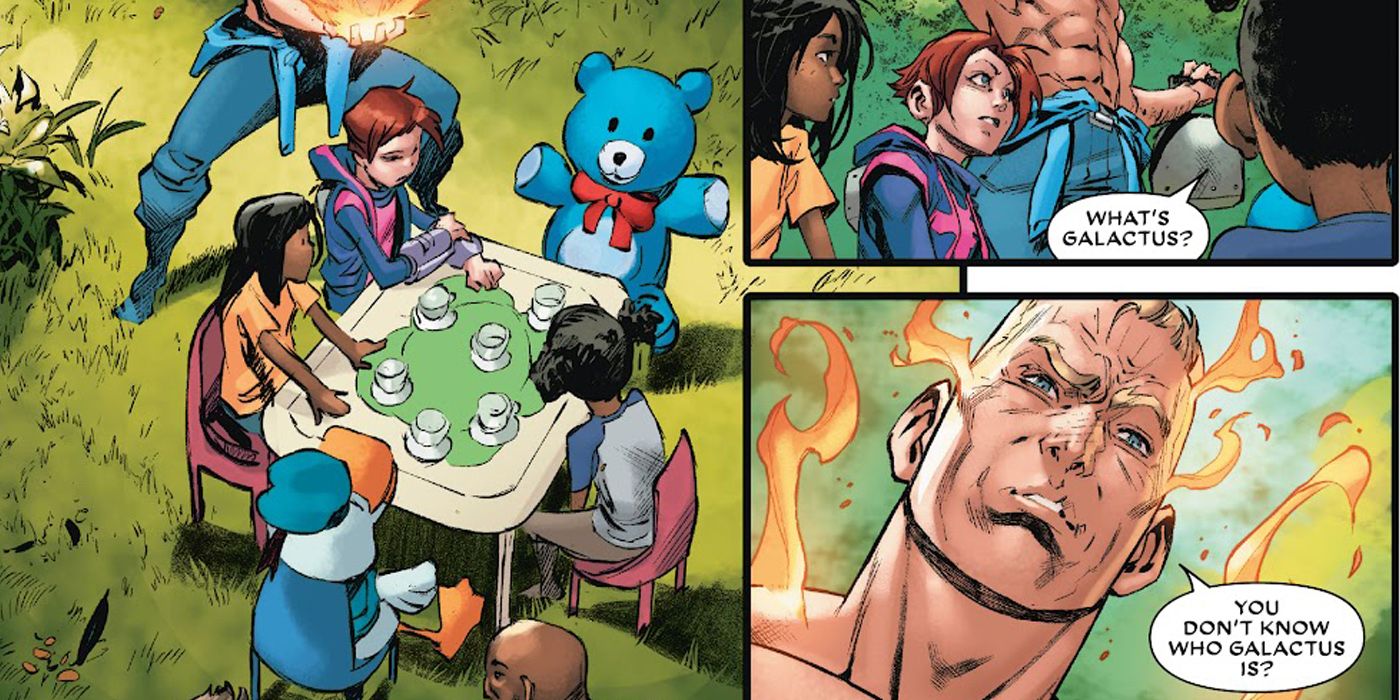 Seven years have passed since the Unmaker was defeated and the lights went out around the globe. In that time, the few who remain have pooled together to build small yet spectacular paradises on Earth. This new world isn’t without its threats, but heroes such as Peter Parker and Luke Cage have still been able to raise their daughters with a sense of safety that doesn’t come easy for Avengers.

In fact, for all that their lives now lack, they do have a relative peace and prosperity compared to the days of constant superpowered battles with one villain or another. As much as they might all appreciate their infinitely more laid back daily routines, there is also something… missing… as is evidenced in the pages of Dark Ages #3 by Tom Taylor, Iban Coello, Brian Reber, and VC’s Joe Sabino.

While the grownup heroes are chaperoning a tea party, Johnny Storm of the Fantastic Four makes an offhanded remark about having previously melted through Galactus while presently putting his powers to work heating a kettle. It’s then that he realizes none of the children gathered around the table have any idea what he is talking about — Peter and Luke, for their parts, are happy to keep it that way.

Not wanting to ruin the mood of the kids or their stuffed animals is one thing, but it doesn’t seem like anyone has considered the consequences that could come from that sort of historical ignorance, even if it is easy enough to unknowingly amass in such a disconnected world. 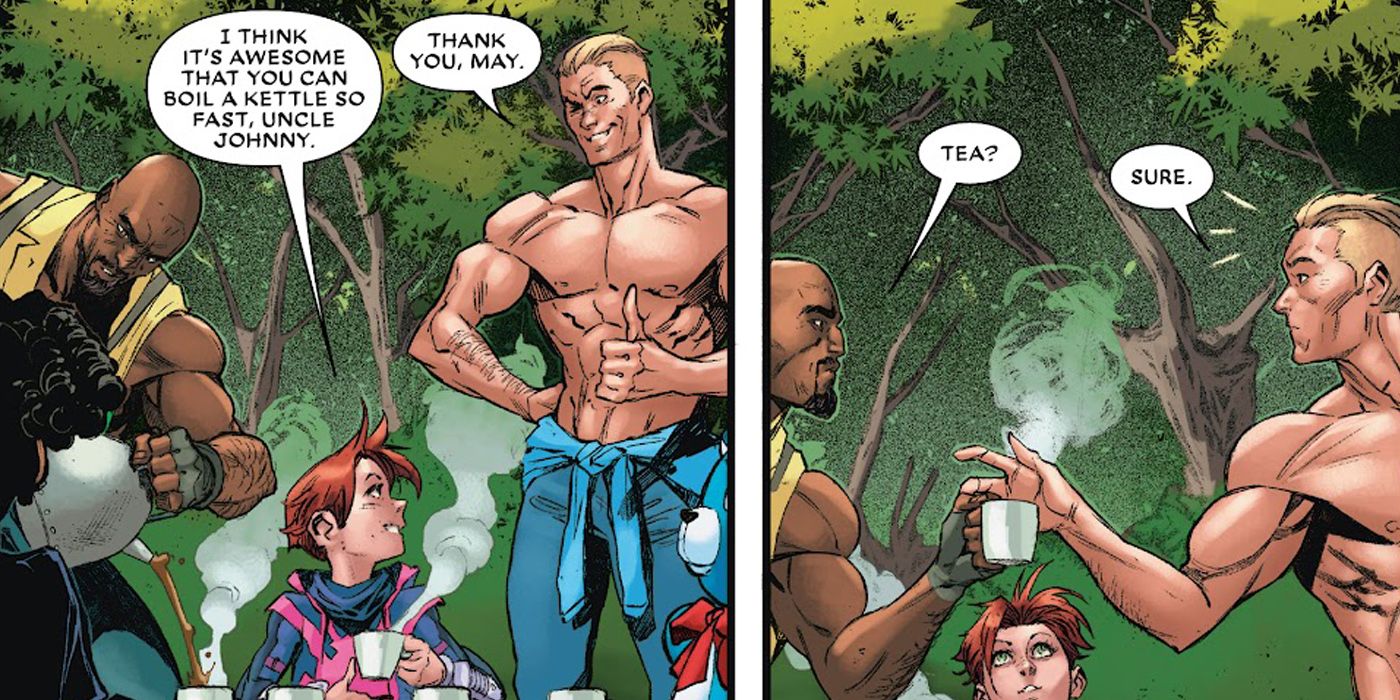 Roving vampires and mutant armies on the other side of the globe are one thing, but the sort of interplanetary threats that used to plague the world are a completely different breed of danger, and the next generation is completely ignorant of them. This is obviously a consequence of a world without electricity, meaning there is no real means of distributing thirdhand information.

Not having access to electricity also fundamentally prevents Earth from getting involved in otherwise normal conflicts, yet the risk of being caught unprepared let alone entirely unaware in the face of a threat such as Galactus would be catastrophic. There is certainly some argument to be made about when or how budding young superheroes should be exposed to these otherworldly horrors, but that conversation can’t be avoided entirely, no matter how much their parents would like them to be.

The idea that major world events such as the coming of Galactus would be lost in the aftermath of a permanent global blackout might not be the most ludicrous one, even if it is hard to believe it would take so long for the daughter of superheroes to hear that name for the first time. Then again, seven years of fighting for survival and rebuilding the world is sure to have its fill of distractions more deserving of attention than history lessons. With any luck, someone will fill the kids in on everything they need to know before it becomes a problem. That is, assuming the world doesn’t come apart again before they get to that point.

An Infamous Batman Movie Scene Just Came Back – with a Twist