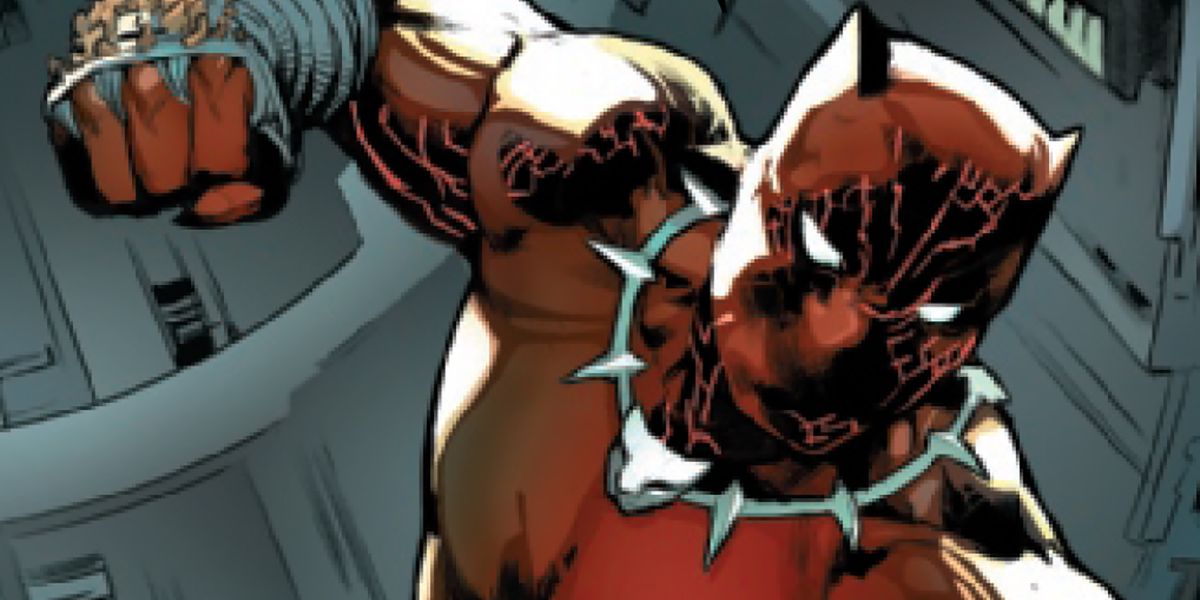 The current arc of Avengers, titled “The Death Hunters,” has seen a version of Doctor Victor Von Doom unleashing a multiversal Masters of Evil against Earth’s Mightiest Heroes. In the latest issue of the series, the team — which consists of such members as Kid Thanos and Ghost Goblin — launches an attack against Avengers Mountain. Using his magic, this particularly powerful and dark version of Doom is able to wreak absolute havoc. 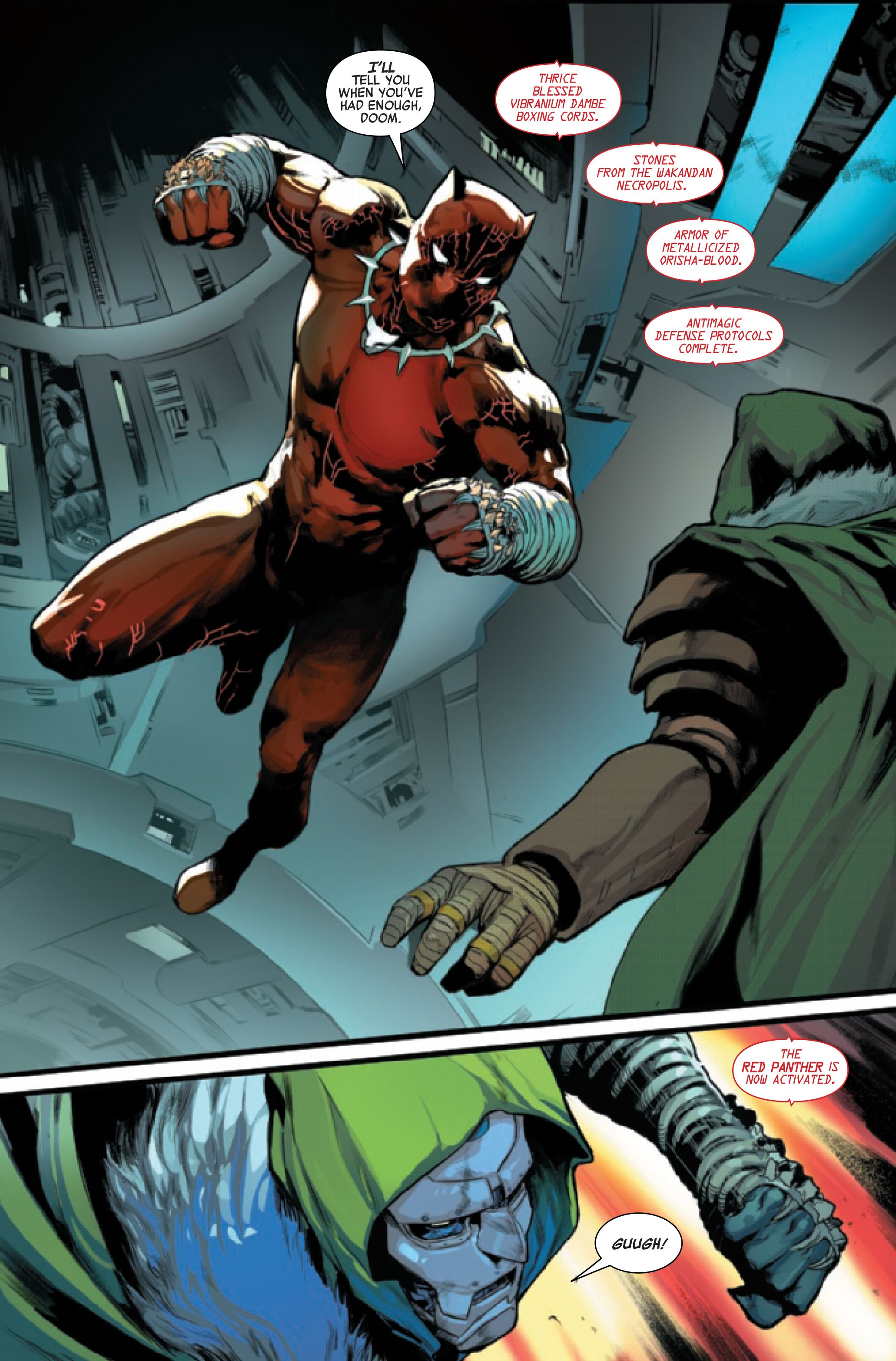 As his allies fight off Doom’s Masters of Evil, Black Panther prepares himself for the battle. Soon after, T’Challa’s new transformation completes. Its abilities are states as “Thrice blessed vibranium dambe boxing cords. Stones from the Wakandan Necropolis. Armor of metallicized Orisha-blood. [And] antimagic defense protocols.” This suit is then dubbed the Red Panther and lets T’Challa stand toe-to-toe with Doom. Unable to really get the upper-hand again, the villain eventually flees the fight, though he manages to deal a grievous blow to Avengers Mountain before he does.

This incredibly powerful new transformation greatly increases T’Challa’s powers. The specific version of Doom that T’Challa fights in Avengers #53 is one of the strongest version of the character in the comics, and so it becomes clear that this upgrade is like absolutely no other for Black Panther. The jump in power is so massive and sudden that it feels like something out of the Dragon Ball franchise.

Created by Stan Lee and Jack Kirby, T’Challa/Black Panther first appeared in 1966’s Fantastic Four #52. The ruler of the fictional African nation of Wakanda, T’Challa gets his enhanced abilities from a powerful heart-shaped herb and a number of technologically advanced weapons. Over the years, Black Panther has served as a key member of a number of different iterations of the Avengers. In live-action, Black Panther was played by actor Chadwick Boseman, who passed away in 2020. Marvel Studios does not currently have plans to recast the character.

On sale now from Marvel Comics, Avengers #53 features covers from Javier Garrón and David Curiel; Leonardo Romero and Jordie Bellaire; and Joshua “Sway” Swaby. The next issue in the series, Avengers #54, releases March 16.

The Batman Pulled From Russian Movie Theaters Before Premiere