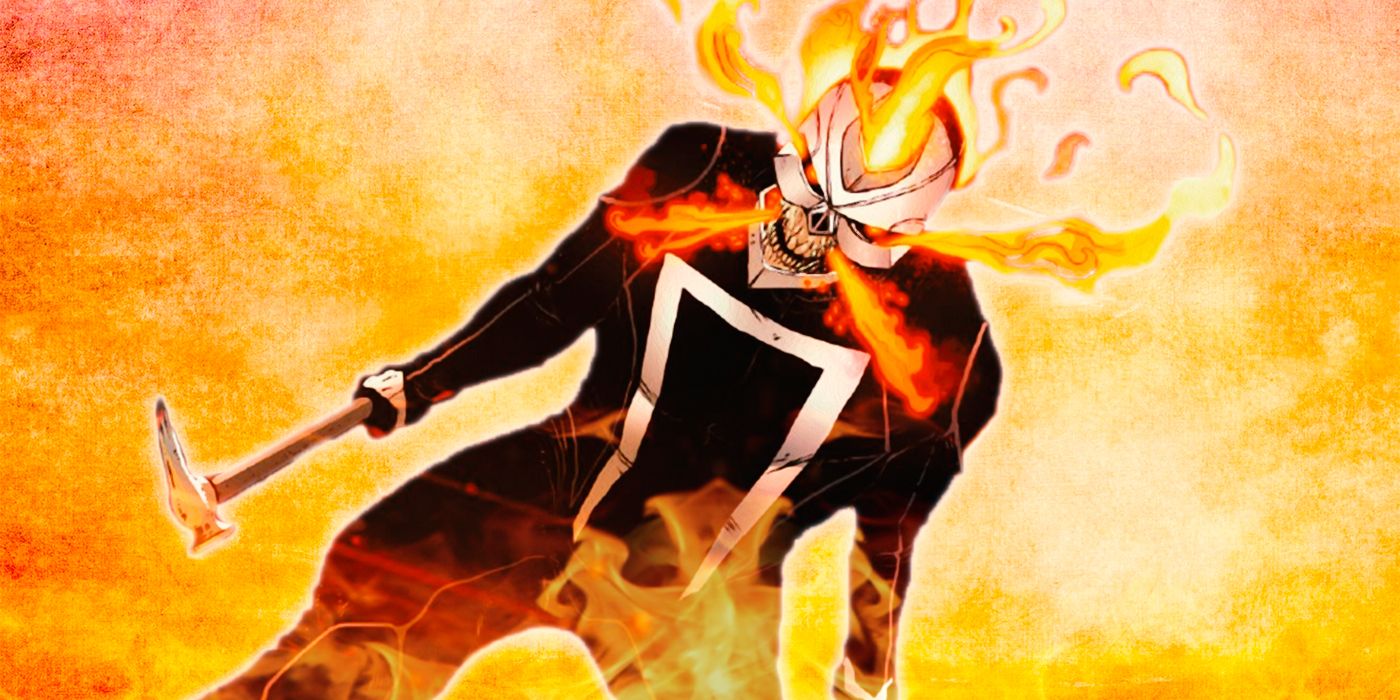 “Loco-Motion” by Yehudi Mercado, Mauro Fodra, and Fernando Sifuentes from Marvel Voices: Comunidades #1 introduced Ghost Rider’s most absurd ride ever — and reveals why his hell-train is actually a bad idea. 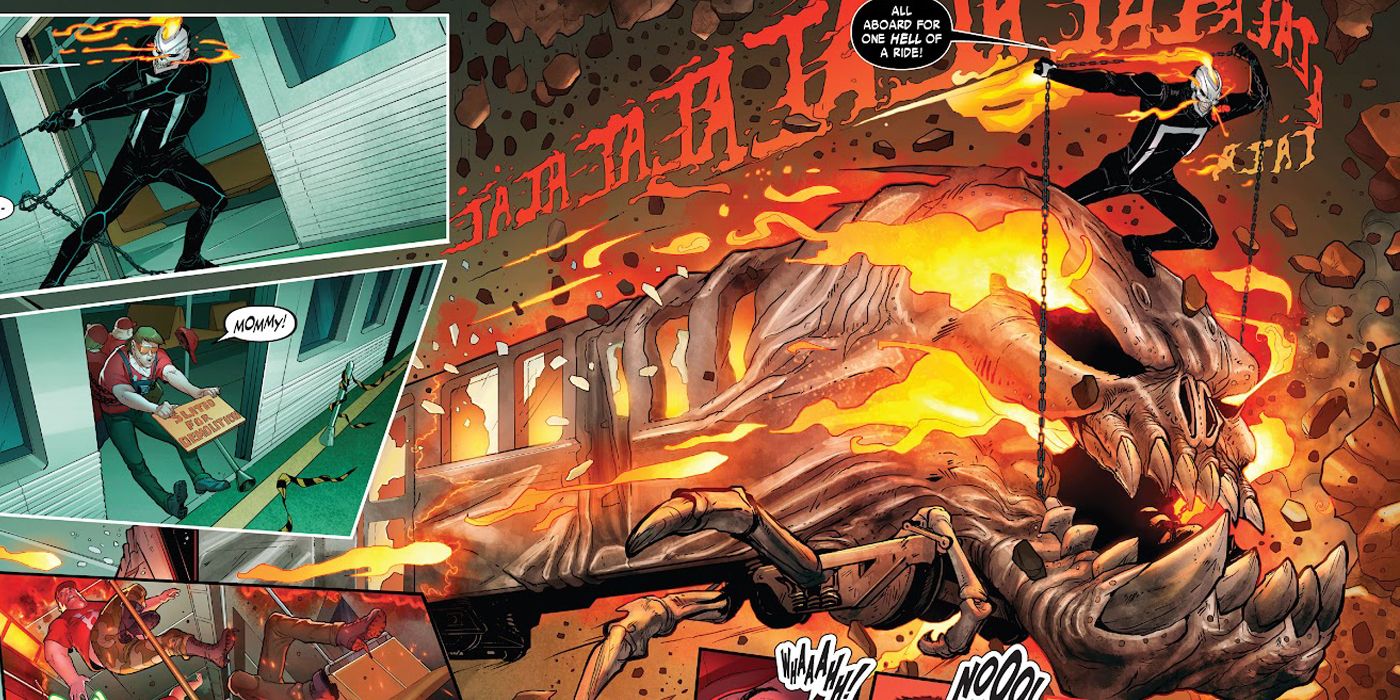 In the story “Loco-Motion,” Robbie Reyes and his brother Gabe take a train to reach the hospital for a check-up. Along the way, they encounter a group of racists in the train station insulting and bullying Latinx people just trying to use the train. Enraged, Robbie revealed his true form and tossed the men into a train that he then converted into a hellish ghost vehicle. At first glance, the Ghost Train is impressive, with its skull face and fire jutting from its new eyes and mouth. It’s equally terrifying to the men in the train, leaving them screaming in horror. However, the train proves to now be too fast for the tracks, derailing and smashing into the La Brea Tar Pits. It’s a dangerous situation that almost kills all of them, especially considering Robbie’s powers would light the tar aflame. Acting quickly, Robbie is able to save everyone aboard the train and even pull the train back onto the tracks — although this ends up making them late to Gabe’s doctor’s appointment.

Thanks to his powers, Ghost Rider can turn any form of transportation into part of his avatar. With Johnny Blaze, this was usually his hot rod motorcycle, and with Robbie Reyes, it’s usually his Charger. Other Ghost Riders have used live animals as their rides, like the Ghost Rider of the One Million B.C. Avengers, whose ride was a fiery mammoth that stomped through the ancient world.

RELATED: Marvel Confirmed The Most Dangerous Ghost Rider – And It Wasn’t Nicolas Cage 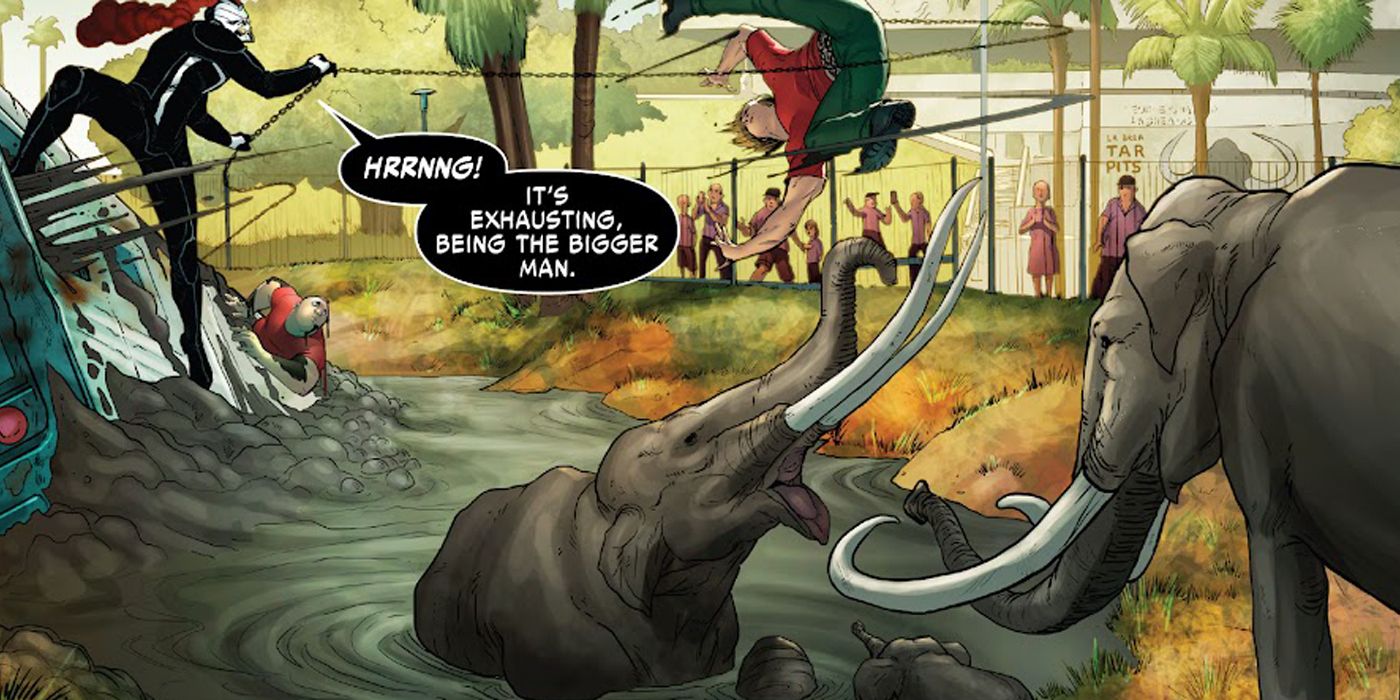 In theory, a hell train is a great idea, and it certainly looks the part as the Ghost Rider’s vehicle. But the train has a couple of obvious flaws that make it a certain liability. The sheer size and speed of the train catch Robbie completely by surprise, and it doesn’t take long for him to almost get a bunch of people killed by losing control of the immense vehicle. Due to the train’s rail system, the Ghost Train is only able to go a certain distance at a certain speed, and when it exceeds that, it goes off the rails and crashes into a public site, risking many lives. While the Ghost Train would likely be a useful battering ram, it’s limited adaptability and massive size would likely make it unwieldy in any kind of emergency situation.

Part of what makes Robbie’s charger or Blaze’s motorcycle so effective as vehicles for their respective Ghost Riders is their speed and maneuverability. They can easily transverse multiple locations easily and lack any unnecessary space. But the train is just too unwieldy, despite providing Robbie plenty of momentum and mass to control. Ghost Rider’s hell-train is an impressive-looking ride, but it’s also a reminder that sometimes having better control is worth the downsize from something as large (and potentially dangerous) as a train.

KEEP READING: Marvel’s Avengers Are About To Fight A Ghost Rider/Green Goblin Hybrid