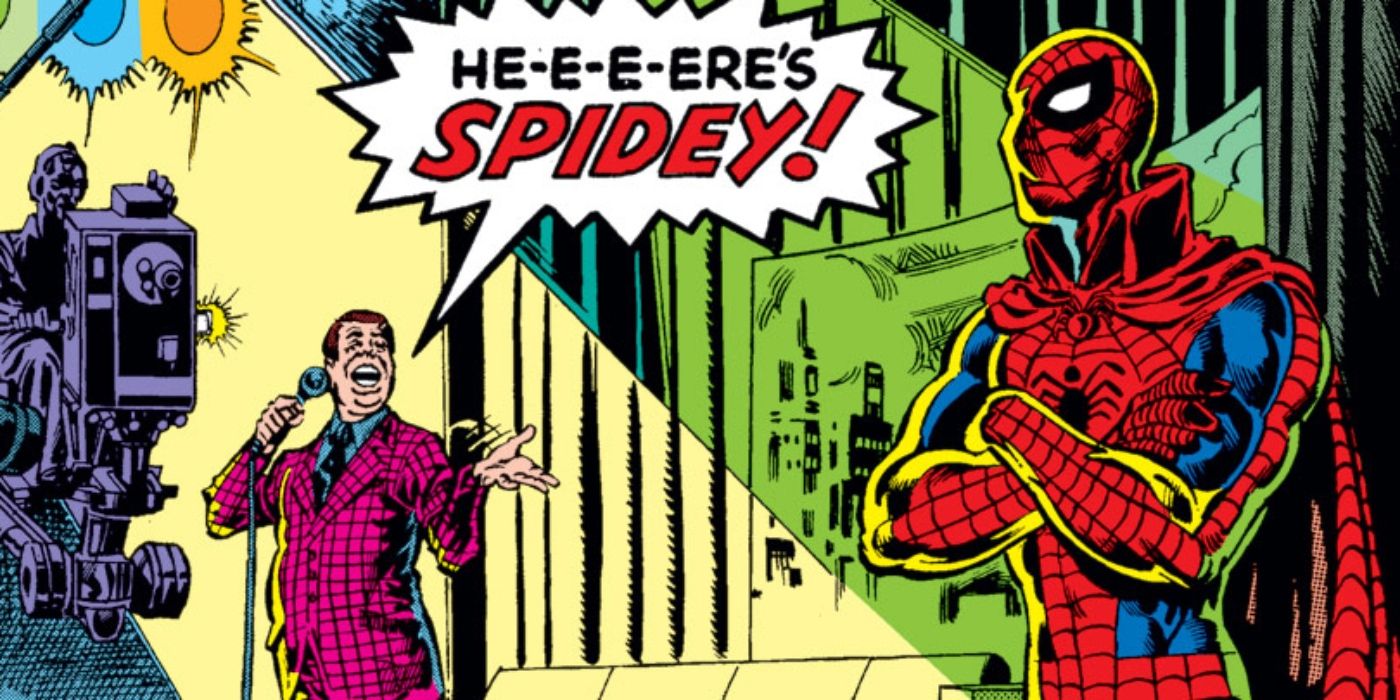 Spider-Man has some of comics’ most infamous villains, with the likes of Green Goblin, Doctor Octopus, and Venom counting themselves among his most dangerous foes. But perhaps his most enduring rival has also been someone Peter Parker relies on in his personal life — his employer, J. Jonah Jameson. In most worlds, Jonah has a strong personal core that keeps him from becoming too dangerous.

But that doesn’t apply to every reality in the Marvel multiverse. The Spider-Man of What If…? #19 by Peter Gillis and Pat Broderick ended up turning J. Jonah Jameson into his most ruthless and personal villain — proving just how far the Daily Bugle Editor-in-Chief could have gone to become Spider-Man’s ultimate foe. 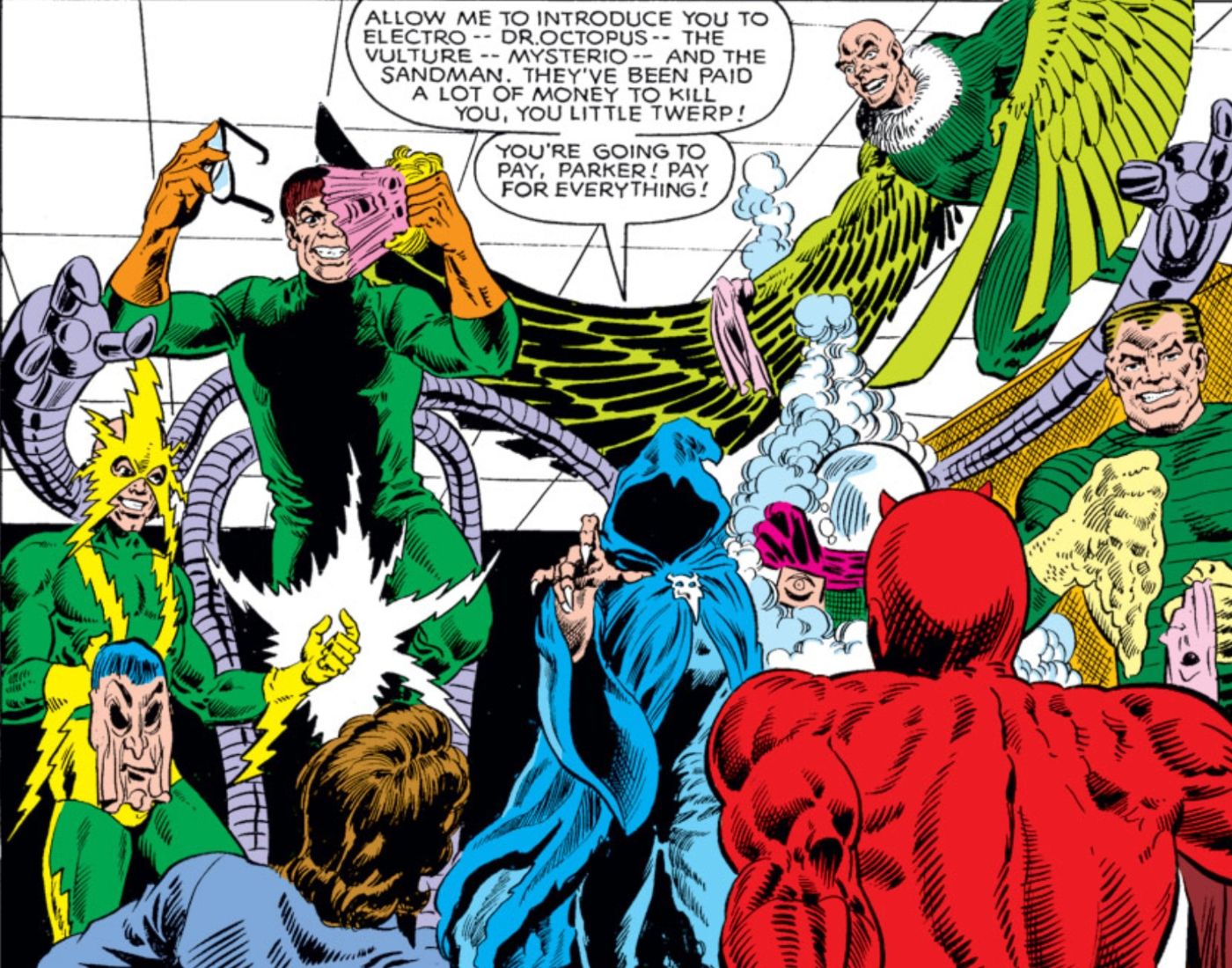 On Earth-80219, Peter Parker’s origin story took an unexpected turn when he stopped the infamous robber — not out of any desire to be a hero, but to look good to the public. This version of the Wall-Crawler quickly became a celebrity but his decision to not become a hero meant John Jameson died during his shuttle mission — leaving J. Jonah Jameson distraught. Furious that a flippant celebrity like Spider-Man stole the spotlight from his son, Jameson published Peter Parker’s secret identity. Spider-Man confronted Jameson, threatening him while using the revelation to further his own career. When Jameson continued to pursue stories to damage Spider-Man’s reputation, Parker discovered Frederick Foswell, one of the Bugle’s reporters, was secretly the criminal known as the Big Man.

Publicly disgraced, Jameson was forced out of his position at the Bugle — setting up a bitter Jameson to plan his revenge. His plan took effect after Spider-Man had become an agent for other superheroes. Eventually, a collection of villains were led into an assault against Spider-Man — with Daredevil almost dying in the crosshairs. Luckily, Spider-Man was able to save his business partner — only to discover that the ringleader of the sinister alliance was a demented Jameson, who’d lost his mind in his fury. While Jameson’s plans were prevented, this Peter Parker finally learned that he’d used his powers irresponsibly — destroying Jameson’s life without ever even considering the damage he was doing. 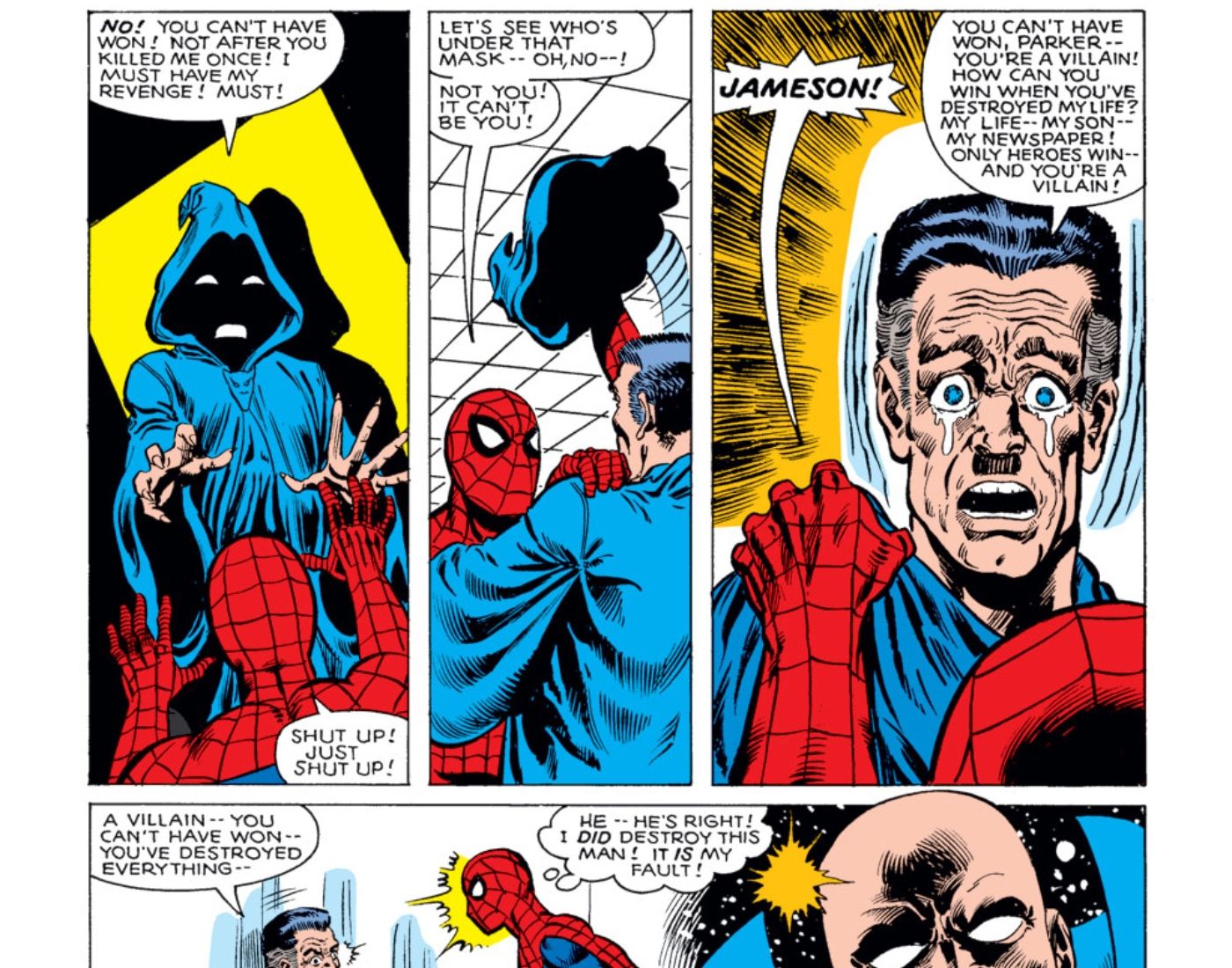 Most versions of Spider-Man and J. Jonah Jameson are positioned against each other, with Jonah having a good cause to say he’s one of Spider-Man’s most enduring antagonists. But it’s the simple humanity hidden beneath his crusty exterior that truly makes Jonah a compelling character — someone who genuinely does believe he’s doing right by fighting for the truth in the press, who develops an adversarial relationship with masked men in general and specifically Spider-Man due to his refusal to adhere to any of the heroic standards Jameson argues for. It allows the pair to understand each other on occasion, with Spider-Man always giving Jonah some lighthearted kicks back for all of his accusations and slanderous insults.

But in a world where Spider-Man never truly understood the importance of becoming a hero, it makes sense that his prankish responses to Jonah would be crueler — even likely costing Betty Brant and her loved ones the kind of lives they could have lived in the process. Breaking Jonah transformed him into a genuine super-villain — and unlike his brief stint sponsoring the Spider-Slayers in the core-Marvel Universe, Jonah’s venture into villainy in Earth-80219 was never given a chance to be redeemed. Instead, this Jonah finally became the genuine villain he always had the potential to become, cementing the idea that sometimes Peter Parker’s worst foe isn’t Doctor Octopus or Green Goblin — but a good man driven to make bad decisions out of fury over Spider-Man’s actions.

KEEP READING: Spider-Man: How One Marvel Movie Villain Turned Into… An Island?!