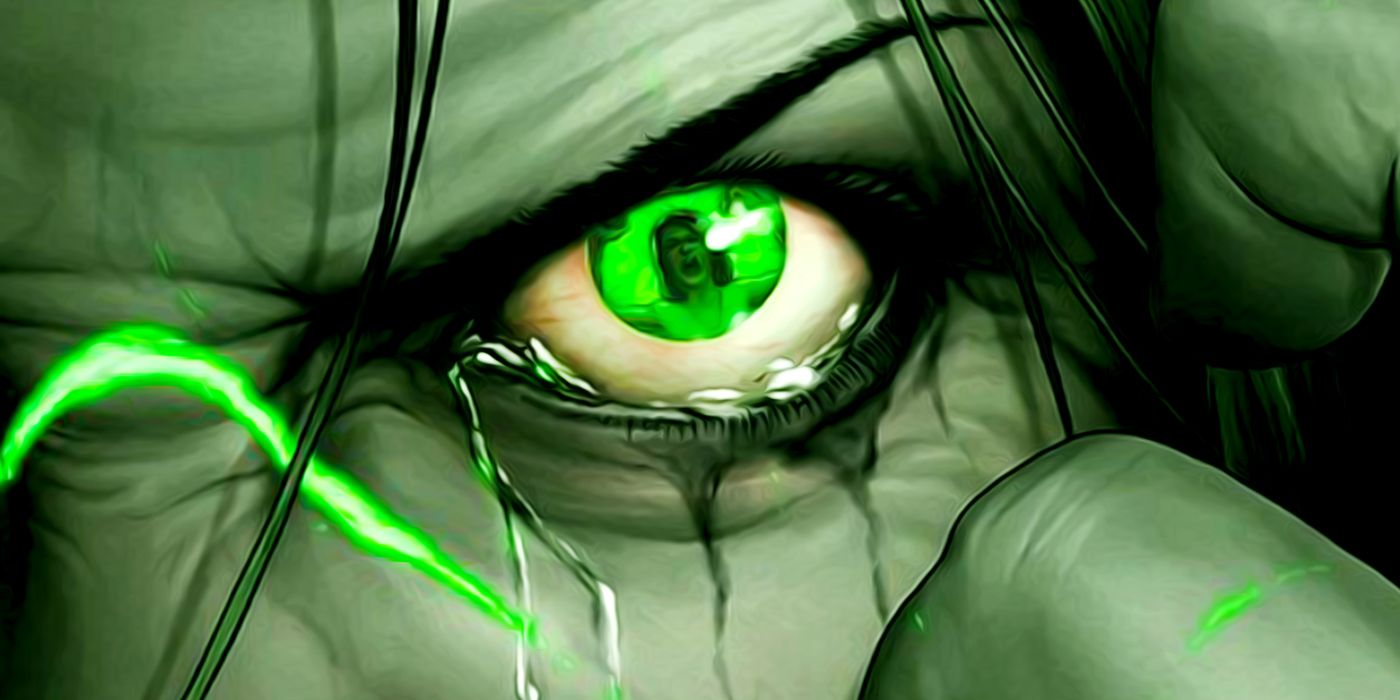 The Marvel Universe has always been designed around its roots in the real world. It’s a useful story-telling device that’s always benefited the universe and helped flesh it out from a human perspective. One of those best elements is getting a resurgence too, and even breaching the largest adaptation of the franchise in another medium.

Fantastic Four #38 (by Dan Slott, Francesco Manna, Jesus Aburtov, and VC’s Joe Caramgna) shines a spotlight on the important role She-Hulk (aka Jennifer Walters) fills within the Marvel Universe and highlights why the character making her debut in the Marvel Cinematic Universe is such a big deal for the hero community. 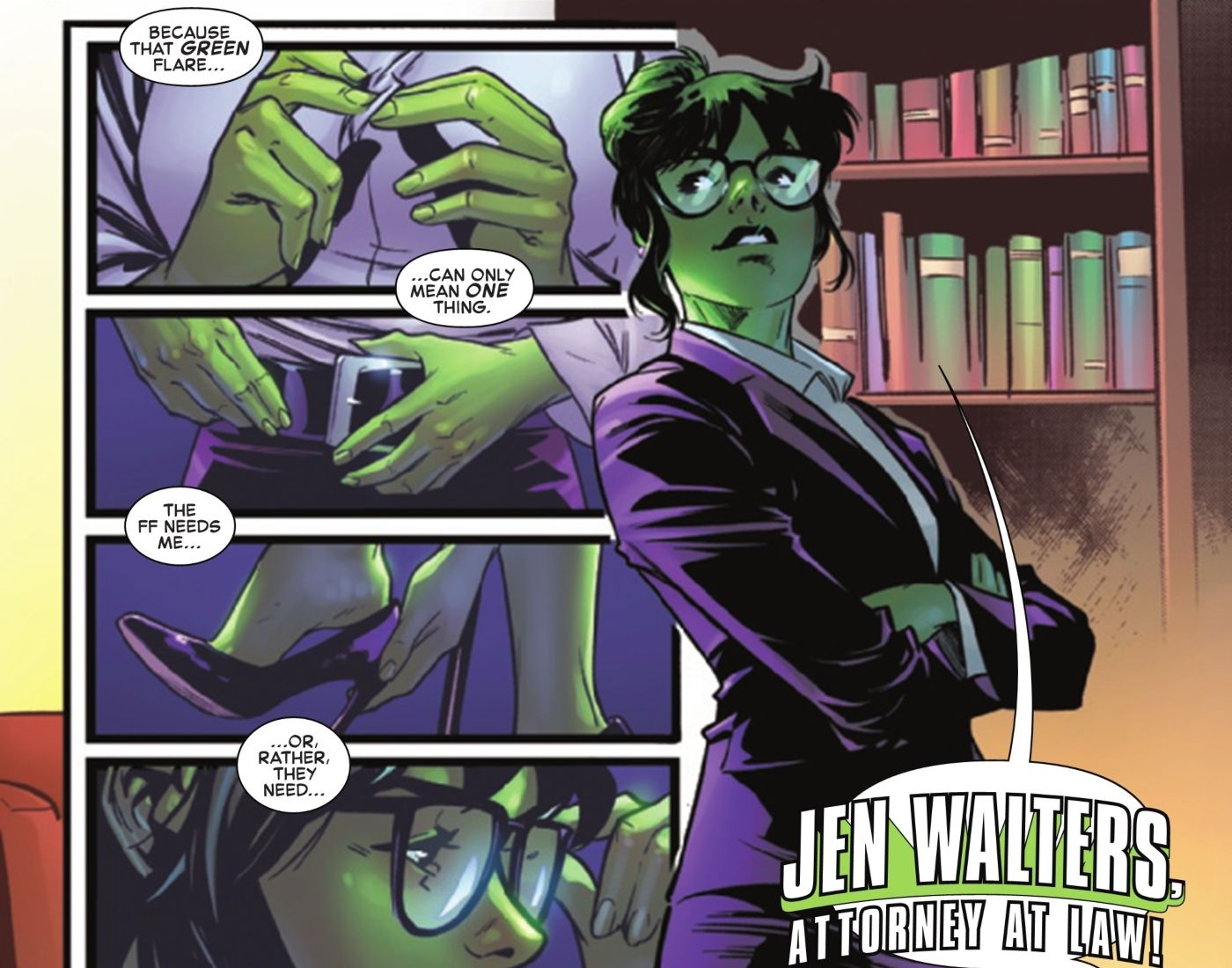 One of the elements of the Marvel Universe that helps flesh out the oftentimes ridiculous world is the way the regular systems of checks and balances have adjusted to superheroes. Nations like Wakanda and Latveria are members of the United Nations, and bound by the constraints of being a part of the world theatre. Heroes often run afoul of the government, and tensions can exist between the vigilante community and the authorities. All of this brings a lived-in aspect to the universe that helps ground the more ridiculous aspects with a real world weight. The MCU has also been doing a good job addressing this, with films like Black Panther, Spider-Man: Homecoming, and Falcon & Winter Soldier having a clear impact on real-world issues like globalization, worker desperation, and government in the MCU.

One of the most successful versions of this in the comics has long been the legal side of acting as a superhero. Characters like She-Hulk and Daredevil have mined plenty of drama and comedy alike from legal thrillers set in a world where clones, robots, and aliens are sometimes admissible evidence in trials. It’s an inherently fun genre to fuse with bombastic and action-packed superhero stories and often comes across as quite humorous. She-Hulk in particular has seen her law career at the center of multiple solo titles, like the 2004 She-Hulk series by Dan Slott and Juan Bobillo, and 2014’s She-Hulk by Charles Soule and Javier Pulido, both of which were critical successes and strong takes on the character. 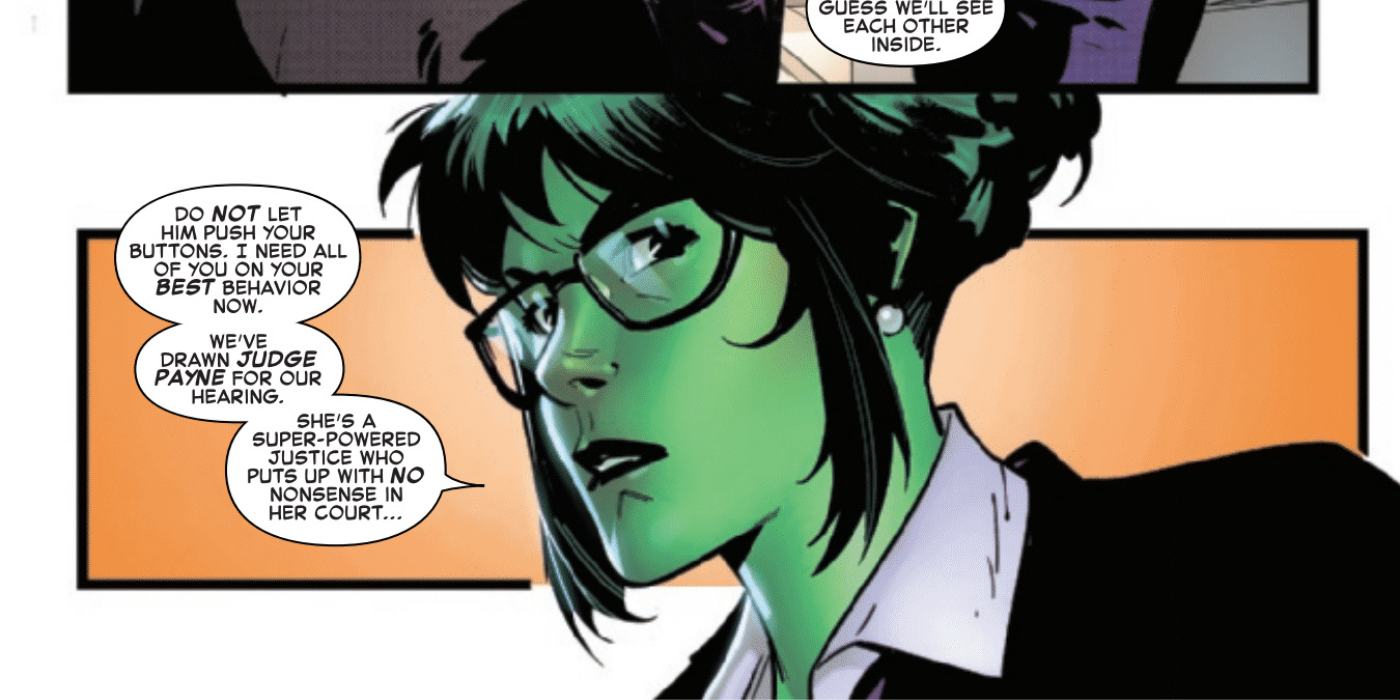 Despite spending the last few years dealing with the kind of anger that usually defined her cousin, She-Hulk has been more or less restored to her classic confident and in-control self following the conclusion of the Winter Hulk storyline in Avengers. She gets the chance to use her legal prowess for the benefit of her allies in Fantastic Four, arriving on the scene when called by a unique green variant of the Fantastic Four rallying signal. Throughout the trial to determine the custody of Bentley-23, She-Hulk remains knowledgable and calm while the Fantastic Four repeatedly come close to sending the trial into chaos. She even reveals that certain strategies — such as “pulling a Thanos” to use clones as an excuse for crimes — have cropped up as potential legal loopholes.

The issue also demonstrates that the administration of the law by some superheroes can be seen as another form of heroism. She-Hulk highlights how important it is for she and the judge to pursue equal justice, even when their clients can bench press a building. It goes a long way towards proving just how important someone like She-Hulk can be in a setting like the Marvel Universe — or the MCU for that matter. With Jennifer Walter’s help, Wanda may have been able to recover Vision’s body from S.W.O.R.D. in WandaVision, and she could have helped Sharon Carter when she was abandoned by her country. She-Hulk provides a crucial service to the hero community, as seen in Fantastic Four #38, and she could become one of phase four’s most quietly important figures in the MCU going forward.

Secret X-Men #1 Review: A Secret Not Worth Keeping