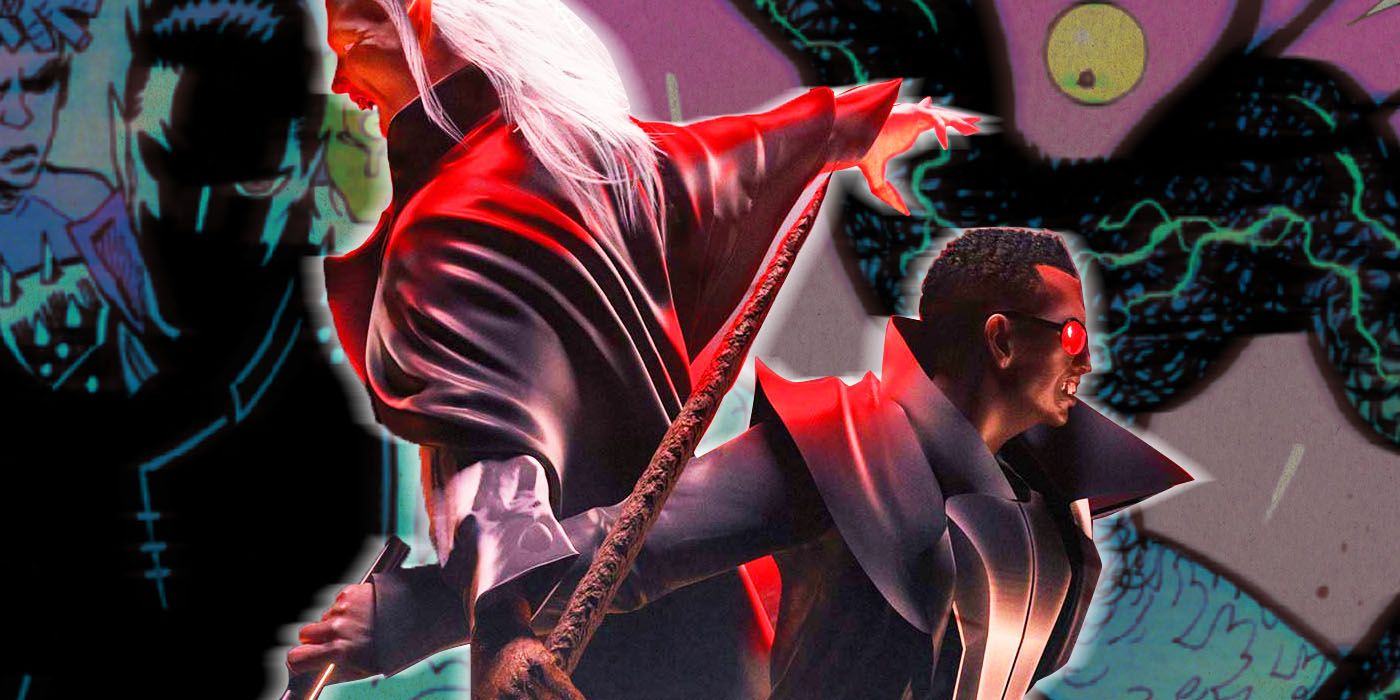 The Marvel Universe has always been home to some of the most terrifying creatures in comics, but The Death of Doctor Strange has unleashed whole new kinds of horror on the world. Not only have interdimensional warlords and eldritch threats come to terrorize Earth, but a breed of monster unlike anything seen before has just made its own gruesome introduction. Thankfully, there is nothing that goes bump in the night that can’t be handled by the vampire hunter Blade, although nothing could have truly prepared him to face the entirely new breed of bloodsucker that he encounters in The Death of Doctor Strange: Blade #1 (by Danny Lore, Dylan Burnett, Mike Spicer, and VC’s Travis Lanham).

Ever since taking on the role of sheriff of the Vampire Nation, Blade has made a name for himself as a stoic agent of order among the bloodthirsty community. When Doctor Strange’s demise opened the door for interdimensional assailants to pour into the vampire capitol of Pripyat, the Daywalker defends them from the threat just as he would any human, especially when an alien child is caught in the fray. Unfortunately, this seemingly innocent bystander proves to be more than it appears, as proven when the being known as Fio’Ri reveals its true power. 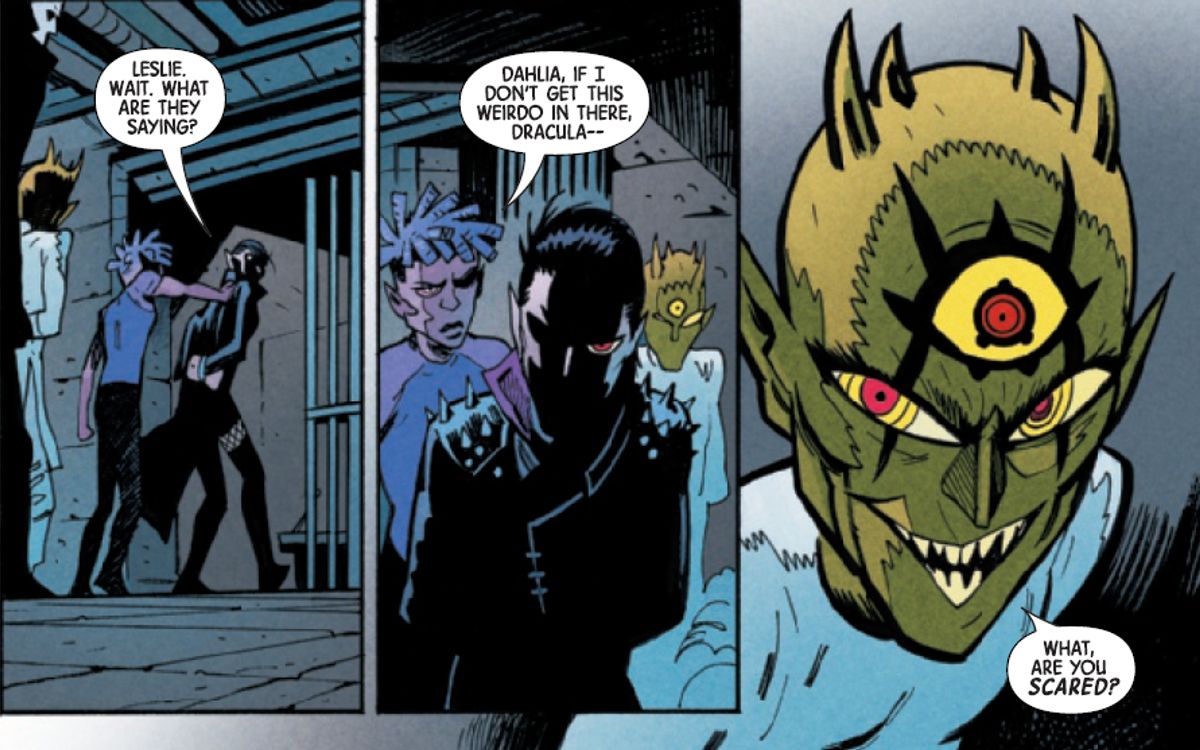 It only takes a subtle suggestion for the alien intruder to take hold of the fear and rage of those around it, sending the vampires who would have been its jailers into a nearly comatose state of fright before driving the rest of Pripyat into a violent frenzy. Once Blade catches up to the threat, what had been a child-like creature soon enough becomes a towering menace sporting a floating head and grotesquely long limbs. Fio’Ri certainly doesn’t resemble any of the vampires that Blade has faced, and although its still size doesn’t make it any more of a threat than the rest, its control over the emotions of its victims most definitely creates more of a problem for the vampire hunting Avenger.

Compared to the rest of the vampires in the Marvel Universe, Fio’Ri is easily the most intimidating. Apart from its shapeshifting from an innocent form to something massively horrendous, the way in which it was able to drive the other vampires to madness is no minor display of power. Other vampires such as the almighty Dracula have been seen influencing others, but never to the extent that they caused an all out riot. This is where the psychic vampire draws its strength, and how it delivers its most deafening blows, as even Blade is almost consumed by the emotions that Fio’Ri awakens within him. That coupled with the villain’s immense strength are very nearly more than Blade can handle before the sight of the sunrise helps him find the strength needed to end the battle. 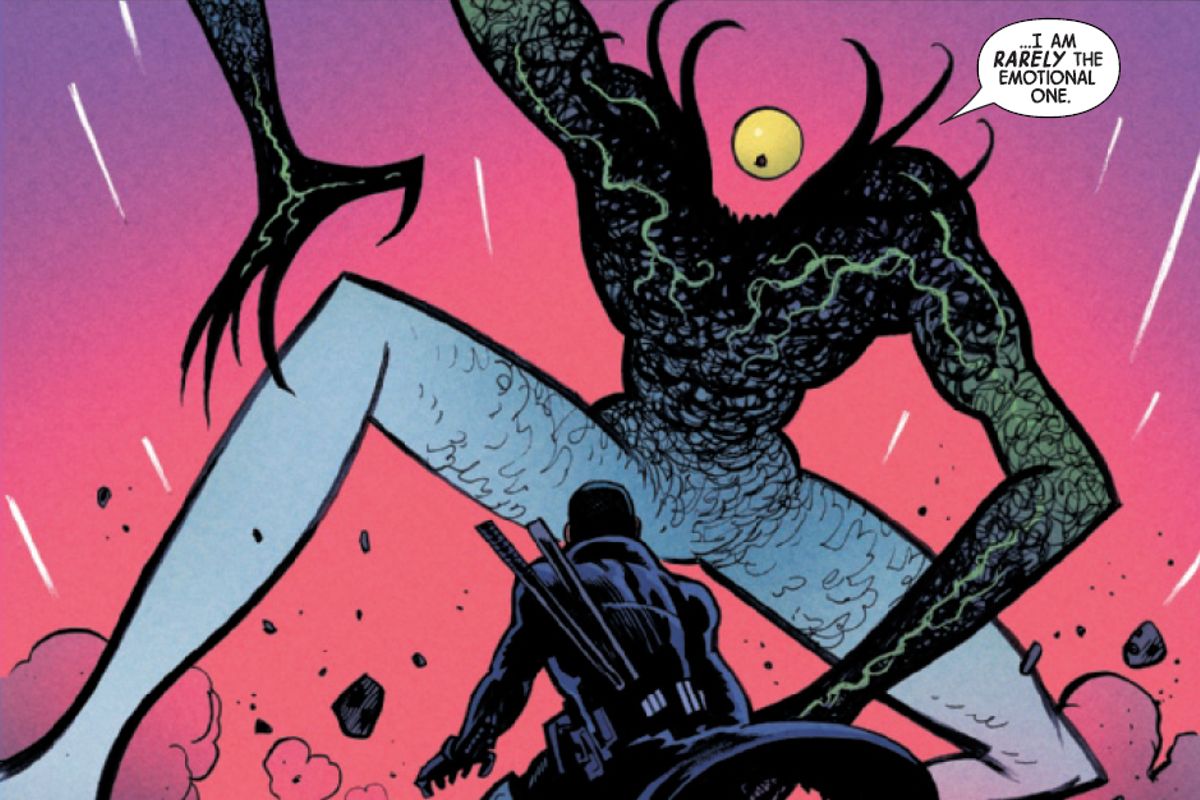 Luckily, Blade is able to fell Fio’Ri with a stake through the heart, bringing the creature’s short-lived reign of terror over the Vampire Nation to an end. The creature’s defeat is worth celebrating, but its presence is still cause for alarm as there is no telling how many more of its kind could be on the way.

Without the power of the Sorcerer Supreme to keep the world safe, the number of mystic threats that have reared their heads is almost innumerable, and so far Fio’Ri has been one of the worst of the bunch. Any being that could bend the will of so many other creatures of the night is not the kind of enemy that needs to crop up in a world devoid of Doctor Strange, or at least another who is capable of taking up his newly vacated mantle as the Supreme Sorcerer of the Marvel Universe.

KEEP READING: Doctor Strange Killed a Universe before What If – And It Was Way More Disturbing

Godzilla TV Series Is in Development at Apple TV+