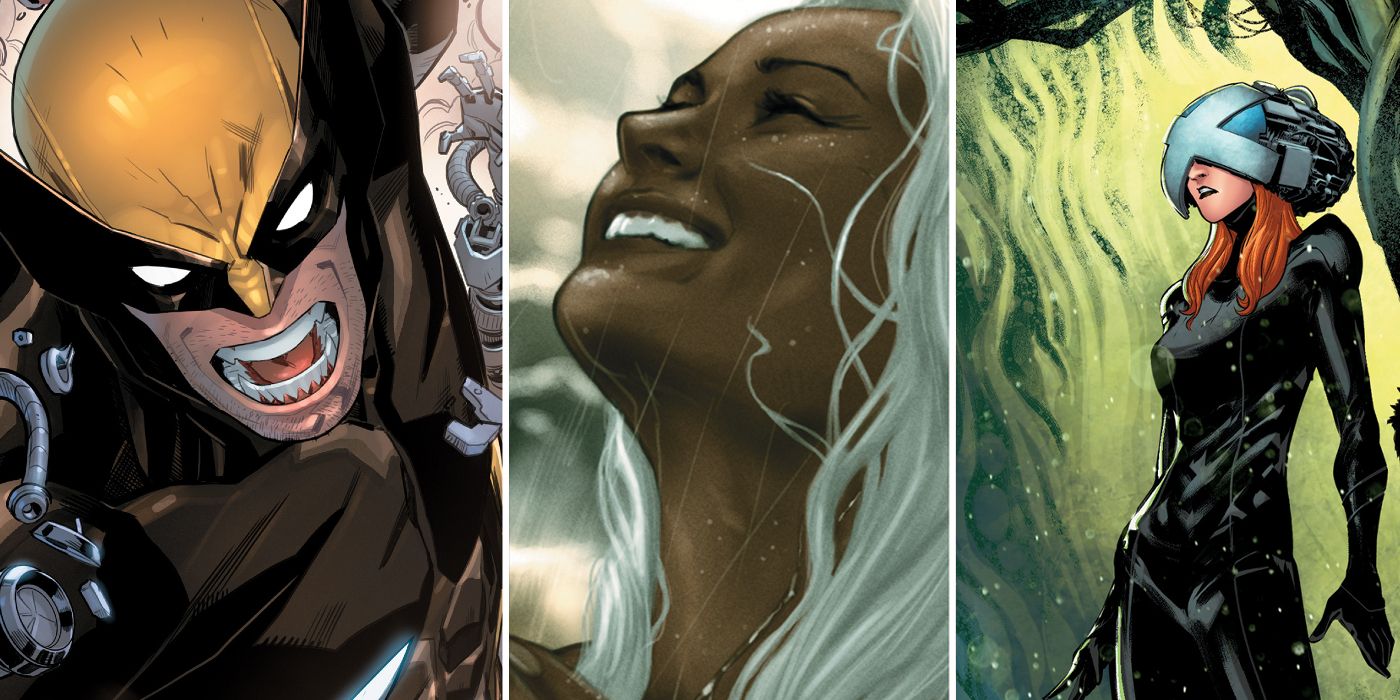 Marvel has released a trio of teasers for the impending Destiny of X event, which releases in spring 2022 and has been dubbed the next major development for the X-Men‘s mutantkind.

The teasers focus on Wolverine, Storm and Hope Summers, with each mutant sporting wildly different appearances across three separate images. Wolverine, for instance, can be seen wearing a suit laced with what appears to be techo-organic material. Storm sports a mohawk similar to her look in X-Men comics from the ’80s, while Hope Summers wears the Cerebro helmet and an all-black suit similar to Charles Xavier’s typical garb. The Wolverine image was drawn by Carlos Gomez and Jesus Aburtov, the Storm teaser by Taurin Clarke and the Hope art by David Baldeon and Israel Silva. Marvel tweeted each of the images out across social media with the cryptic message, “Choose your destiny. What future lies ahead in Destiny of X?”

RELATED: The X-Men Just Broke an Obscenely Powerful Marvel Mutant – But Will It Stick? 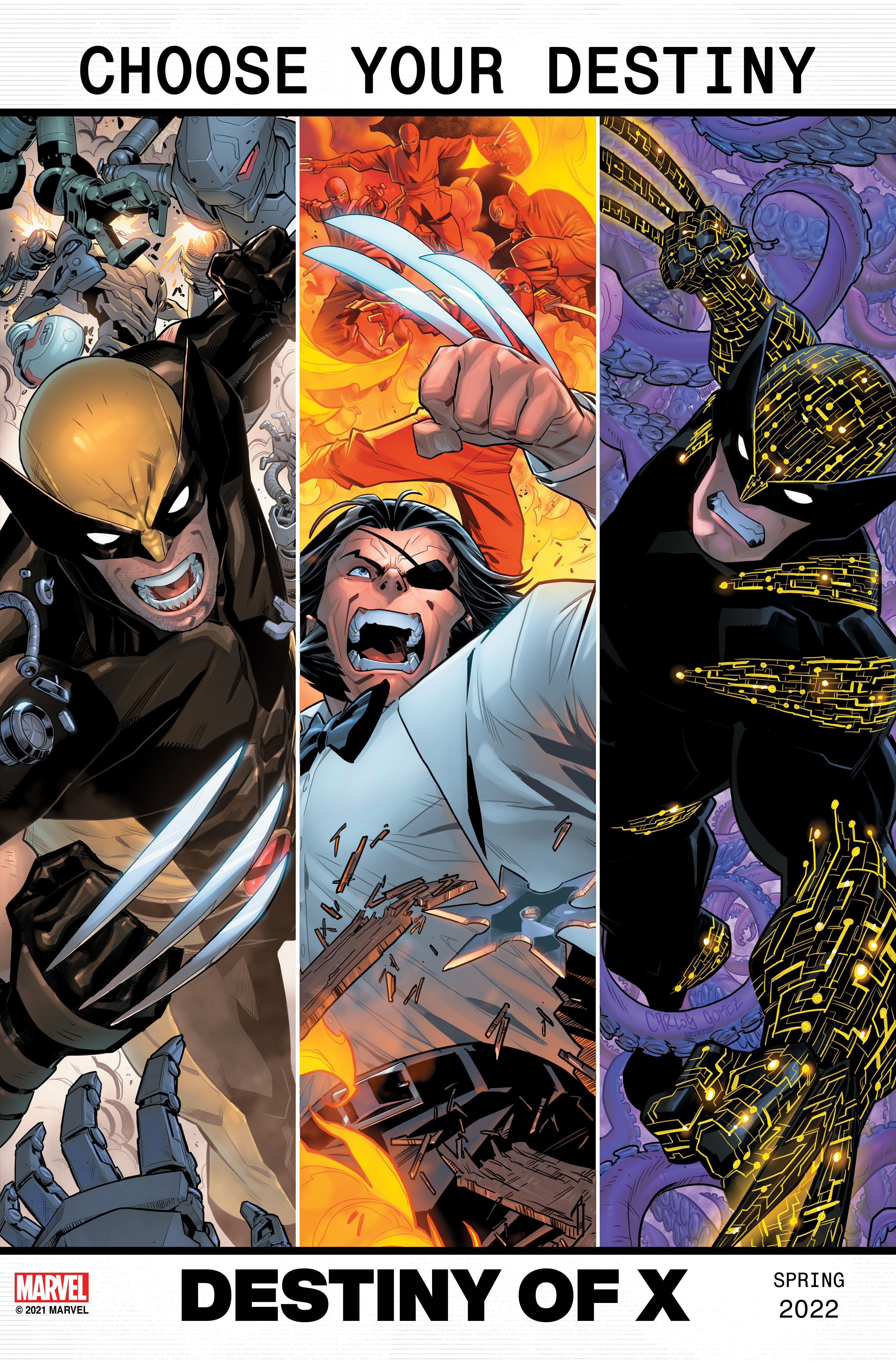 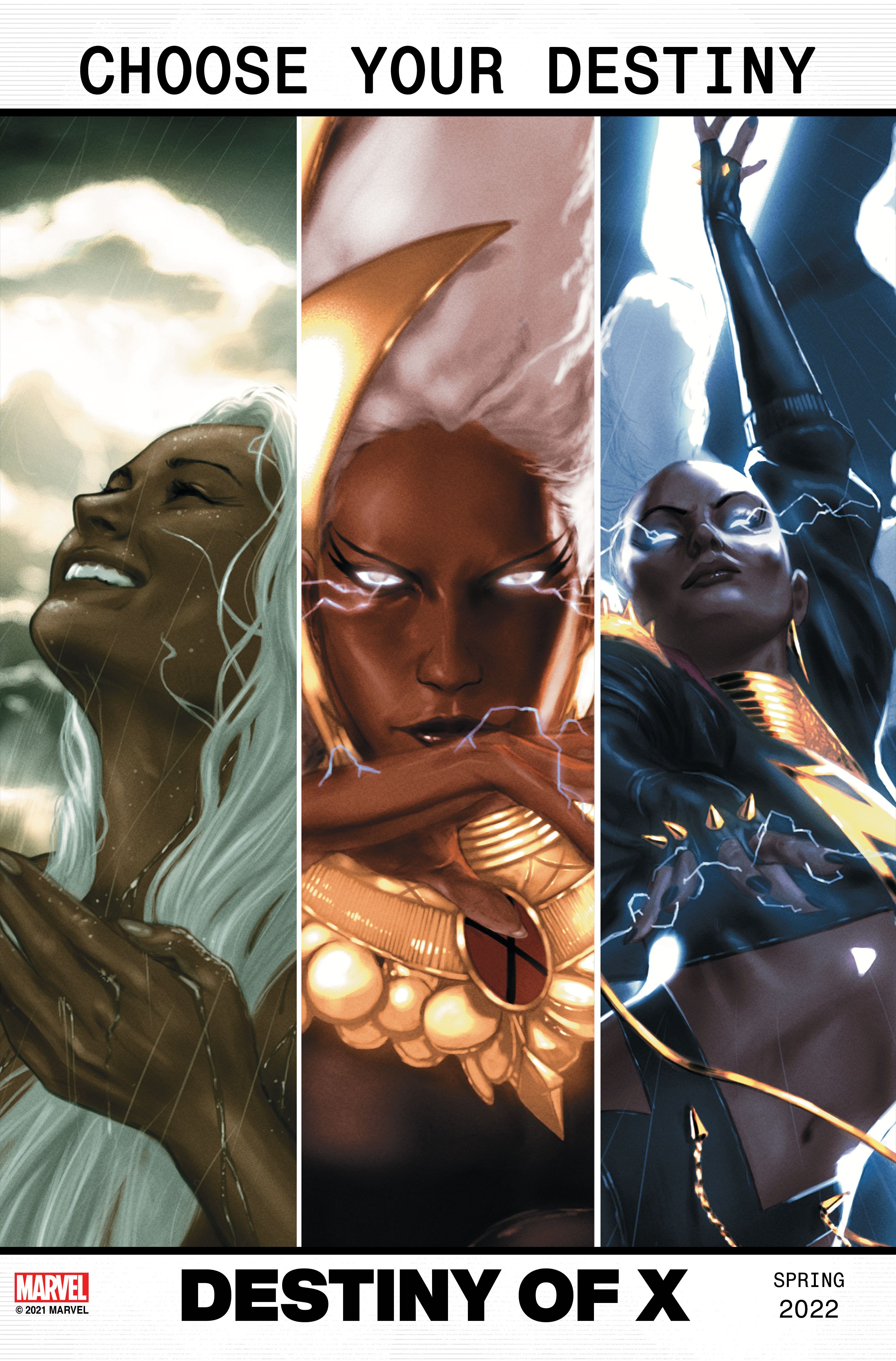 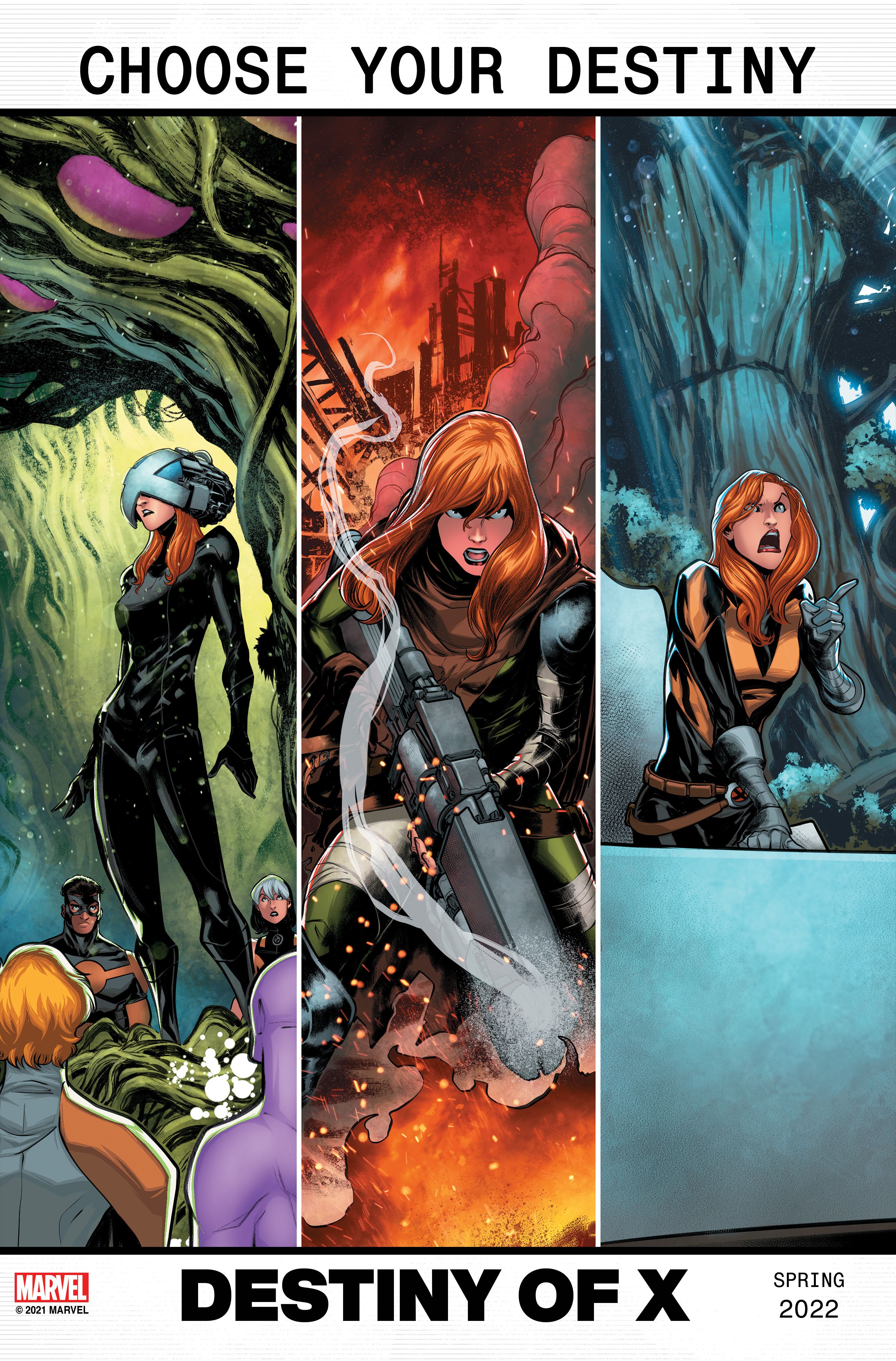 Little is known about Destiny of X at the moment, but Marvel’s last teaser for the event featured a quote attributed to Irene Adler — also known as Destiny, the lost love of Mystique: “There is no ‘The’ future. There is no Destiny.”

Destiny, who originally served on the Brotherhood of Evil Mutants alongside Mystique before dying in 1980’s Uncanny X-Men #255, was recently revived in the pages of Inferno #1, by Jonathan Hickman, Valerio Schitti and David Curiel. Her revival and ascension to the Quiet Council of the mutant safe haven Krakoa are likely to create ramifications that will ripple out into Destiny of X as well as future X-Men stories.

Wolverine, meanwhile, is gearing up to embark upon an epic adventure through time in January with X Lives of Wolverine and X Deaths of Wolverine, two five-issue series that will tell an interweaving tale said to usher in a new age for Krakoa. Previews for Wolverine’s time-spanning mission have shown him wearing the tech-laced outfit spotted in the latest Destiny of X teasers. Its intricate appearance bears a resemblance to the Transmode virus, which first appeared in 1984’s New Mutants #21 and was used by the techno-organic beings known as technarchs to turn organic lifeforms into their likenesses. Both Wolverine books are written by Benjamin Percy, with Joshua Cassara illustrating X Lives of Wolverine and Federico Vicentini illustrating X Deaths of Wolverine.

Marvel has yet to announce a writer for Destiny of X, though it appears to be the next major mutant event in the same mold as Hickman’s 2019 stories House of X and Powers of X.

WWE Recaps the Rivalry Between Roman Reigns and Seth Rollins

Marvel Promises the Death of a Fantastic Four Member | CBR