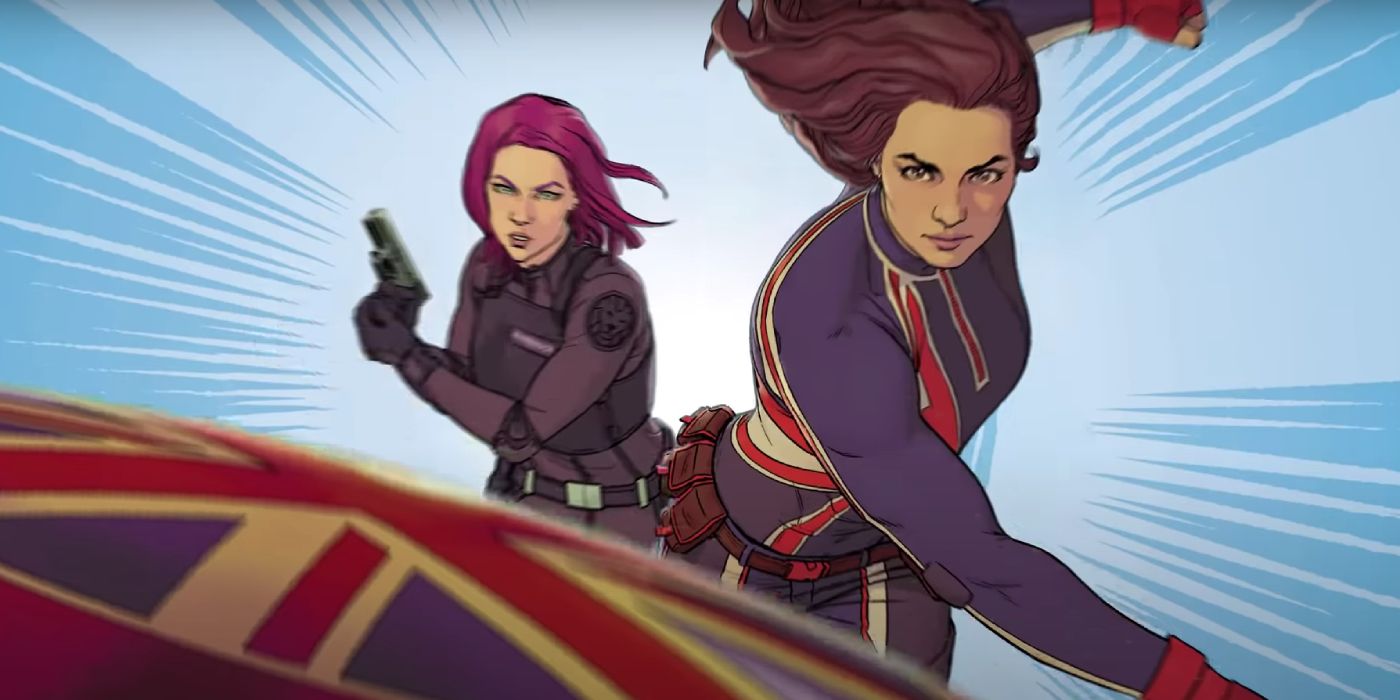 A new official trailer offers sneak peek at Marvel Comics’ five-issue Captain Carter solo series, which is due to launch in March.

The trailer teases the setup for Captain Carter #1 where — like Steve Rogers in the mainstream continuity — a frozen Peggy Carter is thawed out in the present day. Describing Carter as “the super-soldier heroine of World War II” who now finds herself “a woman out of time,” the trailer shows her fighting goons, mourning beside a grave, blocking an RPG rocket and partnering up with a government agent version of what appears to be X-Men’s Betsy Braddock.

While not a direct continuation of Marvel Studios’ What If…?, Marvel Comics’ Captain Carter heavily borrows from the character’s appearance in the Disney+ animated series. What If…?’s premiere episode showed a world where Peggy Carter underwent the super-soldier-creating process from Captain America: The First Avenger after Steve Rogers was wounded, thus becoming the Allies’ champion against the Red Skull.

After letting herself be pulled through an interdimensional portal to stop the Skull’s weapon — the giant tentacle monster Shuma-Gorath — Carter, like Rogers in the MCU, emerged in the present day. Captain Carter returned in the Season 1 finale, where she and other heroes were selected by the Watcher to stop an Infinity Stone-fueled Ultron as the Guardians of the Multiverse. A mid-credits scene also showed Captain Carter and Black Widow discovering an individual trapped inside Steve Rogers’ recovered Hydra Stomper suit, a plot point which will likely be expanded upon in What If…? Season 2, as Marvel confirmed that the show will revisit Captain Carter’s story each season.

What If…? technically doesn’t mark the official debut of a super-powered Peggy Carter. The original version, still going by the Captain America moniker, first appeared in the video game Marvel Puzzle Quest before moving to the comic book multiverse with 2018’s Exiles series. Unlike Captain Carter, this Carter wore a uniform similar to Rogers’ and carried his shield design, as well as a partner named Rebecca “Becky” Barnes. Though she was seemingly destroyed with her world, Carter and Barnes would eventually return and join the new Exiles — including Blink, Iron Lad and a MCU-inspired Valkyrie — to stop a pair of rogue Watchers from killing them.

Michael Bay Says He Would Direct an Episode of Yellowstone