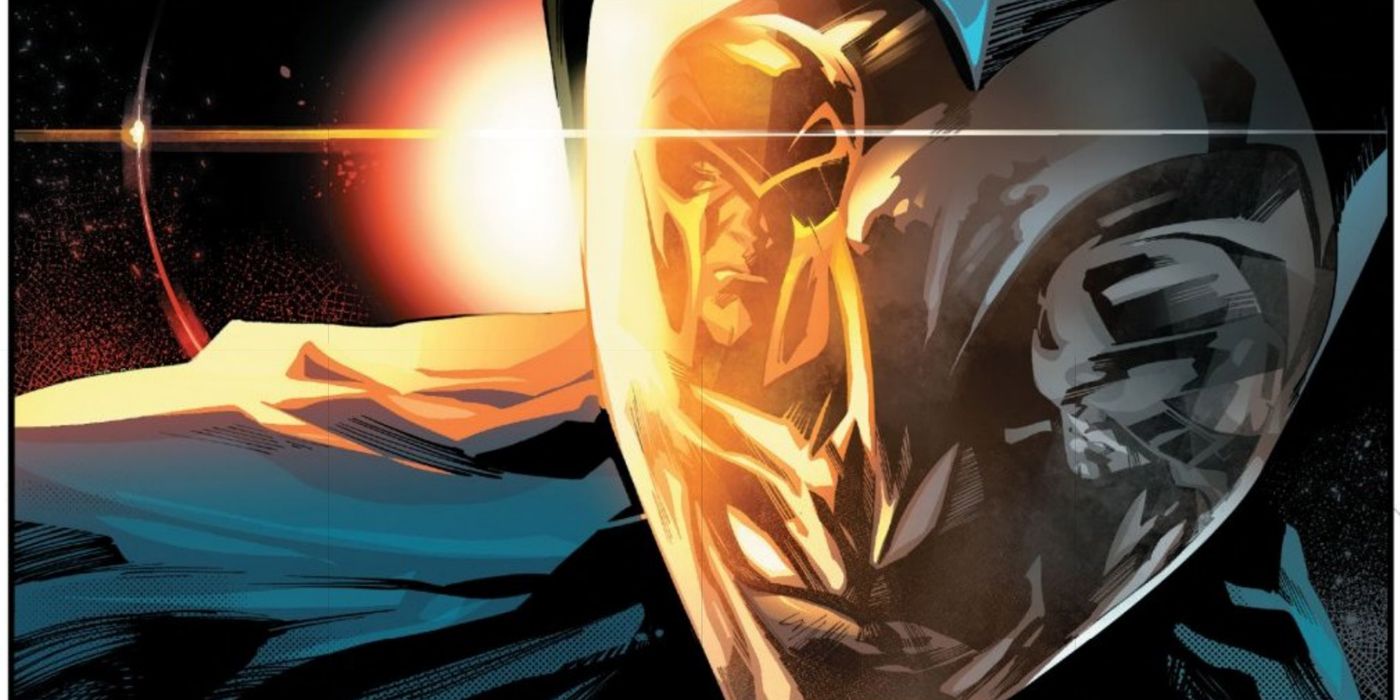 Marvel Comics has released a cryptic image for the next major mutant event.

The image is minimal and only reveals a mysterious quote attributed to Irene Adler: “There is no ‘The’ future. There is no Destiny.” It then teases Destiny of X, coming Spring 2022. 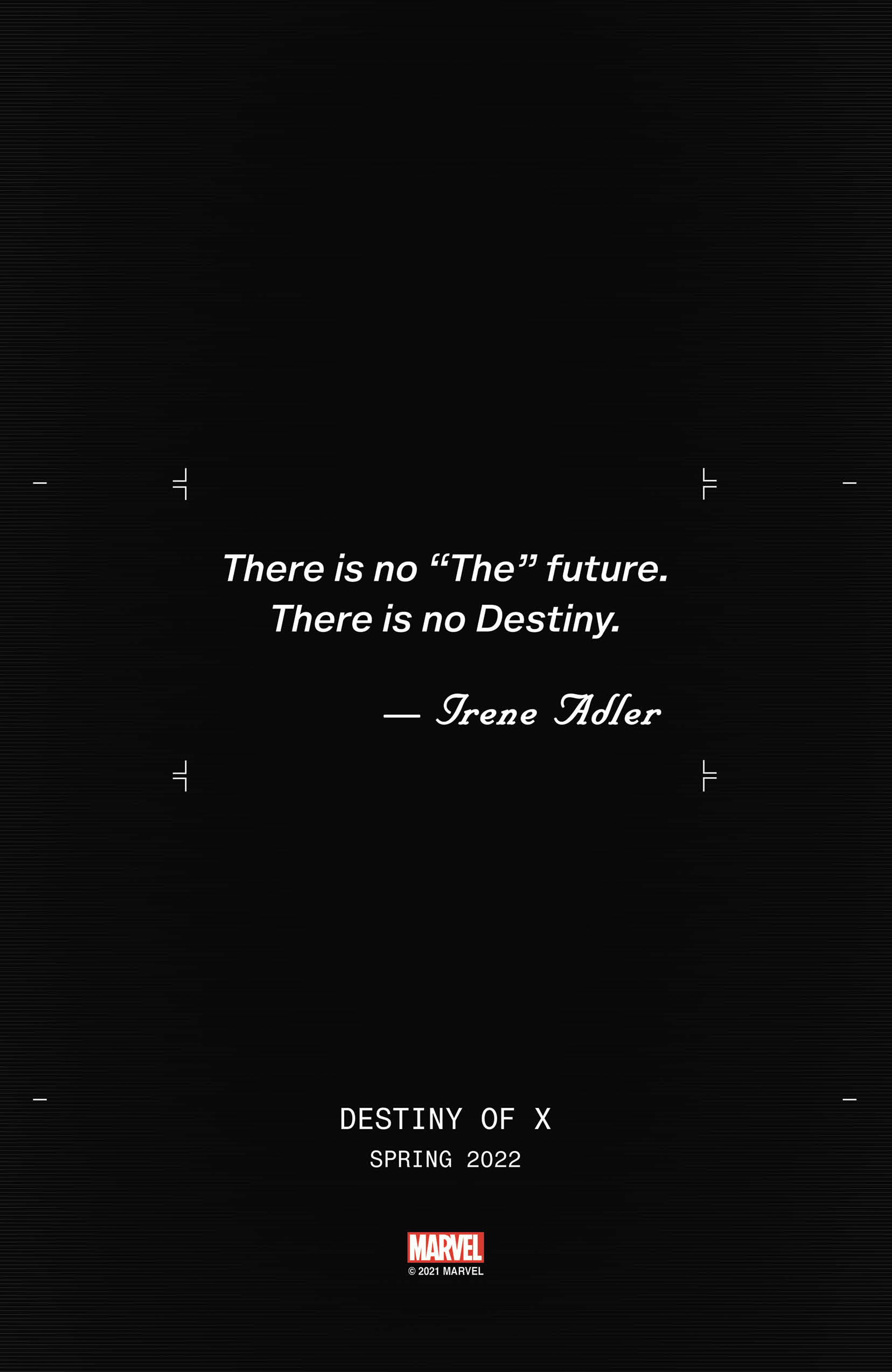 Irene Adler is the human identity of the precognitive mutant known as Destiny. The love of Mystique, Destiny first appeared in “Days of Future Past,” in 1981’s X-Men #141. She served with Mystique on the Brotherhood of Evil Mutants before she met her end in “Crash & Burn,” a story that ran in 1989’s Uncanny X-Men #255, by Chris Claremont and Marc Silvestri. After a long absence in the X-Men line, she was recently resurrected in the pages of Inferno #1, by Jonathan Hickman, Valerio Schitti and David Curiel.

Destiny’s revival — as well as her quick ascension to the ruling Quiet Council of the mutant paradise of Krakoa — has changed the power balance of the sovereign nation-state. Previously, Moira MacTaggert, who secretly possesses the power to reincarnate herself and was killed by Destiny in a previous life, opposed Irene’s resurrection, arguing that no precog mutants were to be allowed on Krakoa. This order infuriated Mystique, who threatened to burn the mutant haven to the ground if she could not revive her old love. Now that Irene is back in the picture, the loyalties of Krakoa’s Quiet Council are likely to be tested, and only time will tell whether the doomed fate of the mutant race that Destiny has predicted in the past will come to pass.

Destiny of X will take place after Hickman’s run on X-Men ends with Inferno #4, which is set to release on Dec. 29. The issue teases the culmination of Mystique and Destiny’s plots involving Krakoa, as well as further insight into Moira’s many reincarnations.

Hickman transformed Marvel’s X-Men line over the course of two years, beginning with the 2019 stories House of X and Powers of X, which introduced concepts like the island nation of Krakoa and mutant resurrection. Hickman has teased that his run represents “a paradigm shift in the entire X-Men line for a prolonged period of time,” and stated he will be working on the “Next Big Marvel Thing,” which will debut in 2022.

There is currently no indication whether Hickman or another writer will be the mind behind Destiny of X, but Marvel has teased that more news will be forthcoming soon.

KEEP READING: Who Are Marvel’s Omega-Level Mutants, What Are They, and Why Are They So Strong?

Why DC’s Animated Justice League Crisis Is So Important | CBR