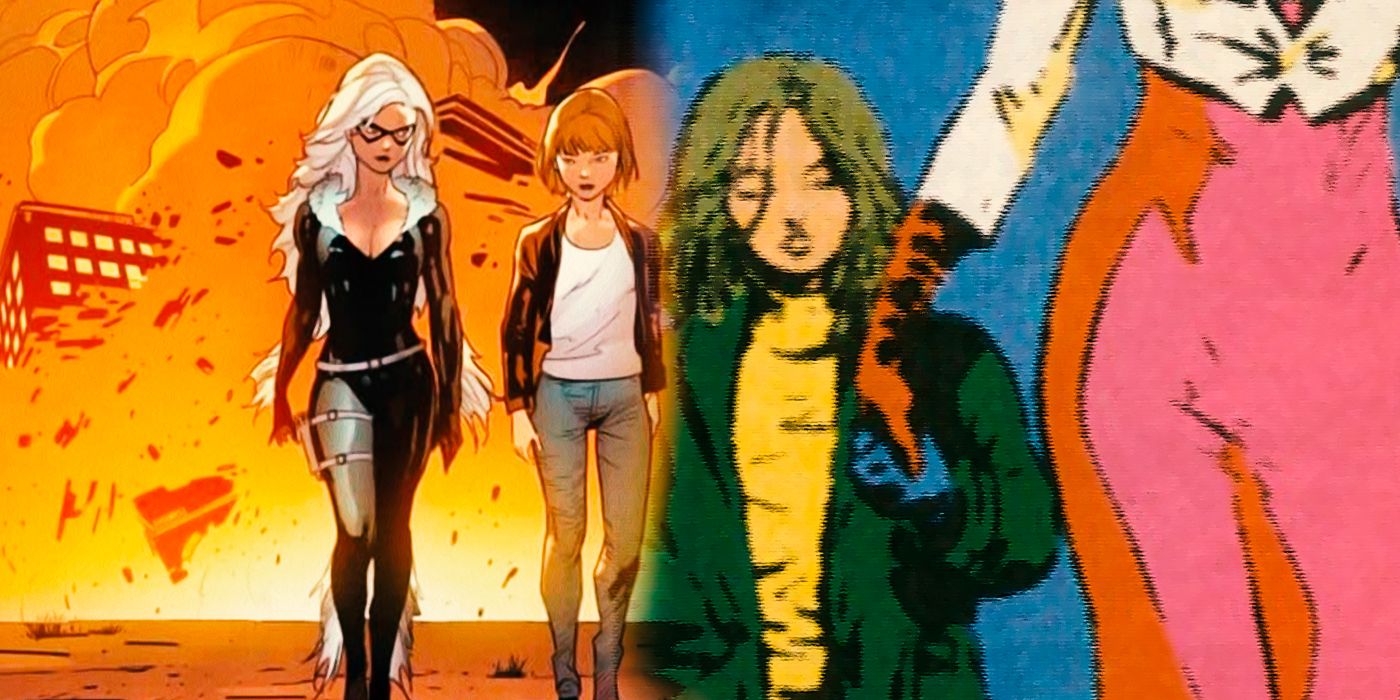 Haven’t heard of Jessie Drake before? That’s hardly a surprise. But it is disappointing. Thankfully, recent events have returned Drake to the pages of Marvel Comics.

But why bring back this character after 27 years? What makes her so important? Simple: she is Marvel’s first transgender mutant. 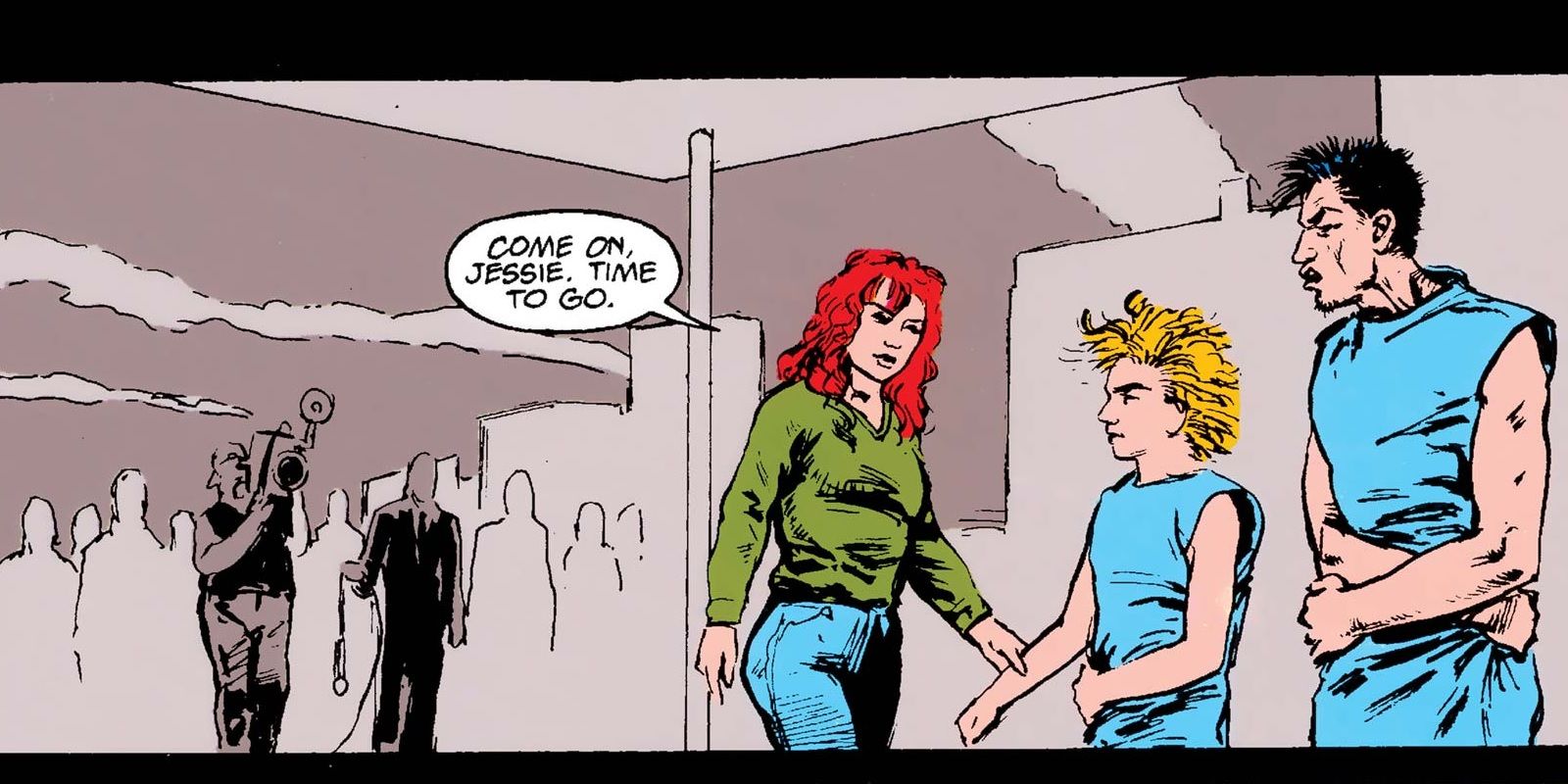 She debuted in Marvel Comics Presents #150 (by Ann Nocenti and Steve Lightle) in 1994. A mutant child with empathic shapeshifting powers, Drake had been subject to intensive tests and examinations in a medical facility. Wolverine convinces Typhoid Mary to rescue Jessie when it becomes clear that they’re torturing her in an attempt to exploit her mutant abilities.

Though Jessie and Mary initially get along, Mary is furious when she finds out that Jessie is a trans girl, feeling as though Wolverine tricked and manipulated her. However, Mary grows to understand Jessie is a girl in every way that matters. In the end, Mary accepts Drake, and they part as friends.

Jessie also parted ways with the pages of Marvel after MCP #151 and stayed gone for 27 years. Thankfully, Leah Williams and Jan Bazaldua placed her in the spotlight once again in a story from Marvel’s Voices: Pride #1. The tale finds Drake teaming with Black Cat to track down a mutual enemy. It is no spoiler to say that the situation quickly grows explosive with them both involved. 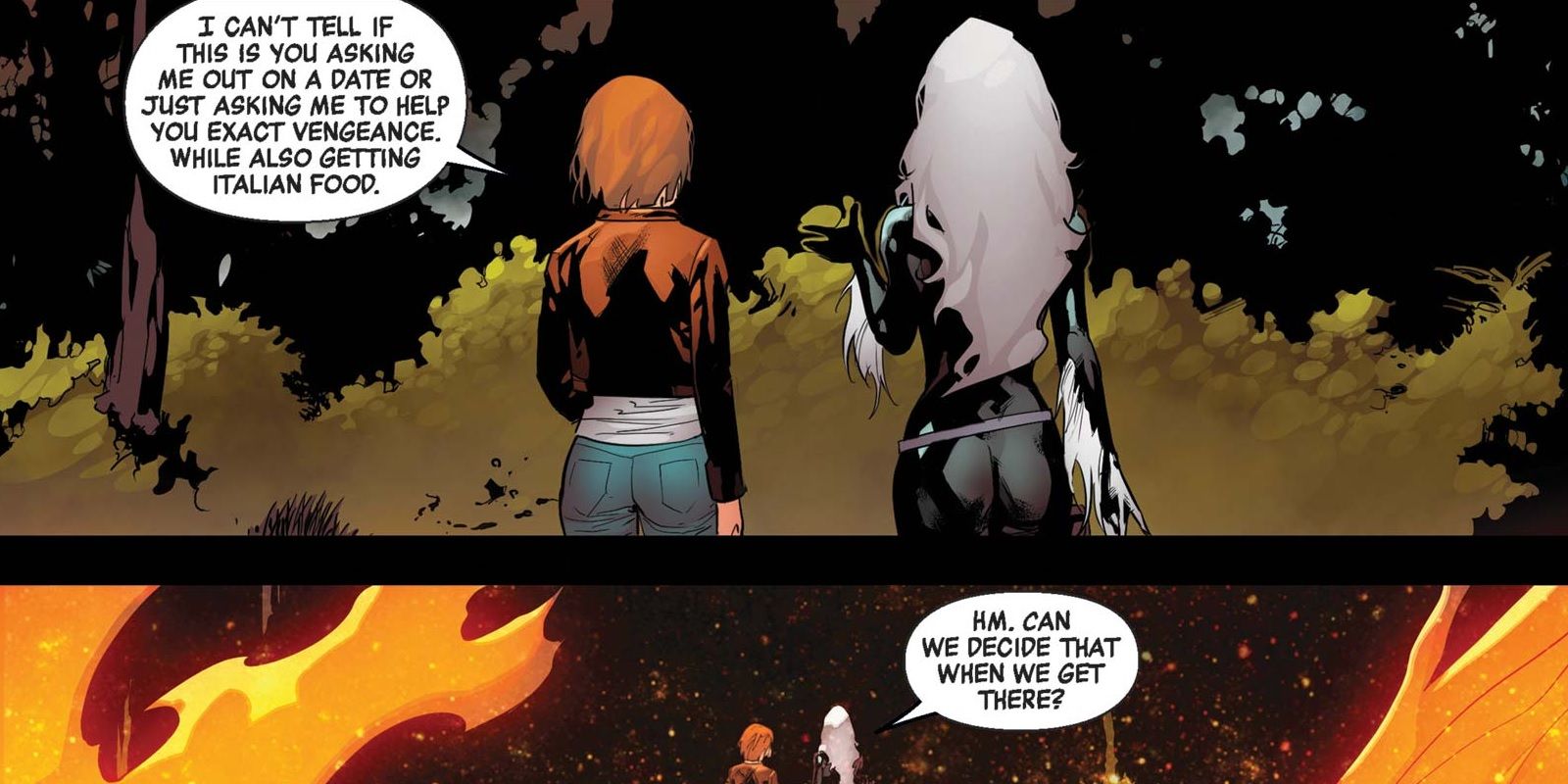 Jessie, now an adult, runs into Black Cat at the Fortress, the now abandoned facility that once held her. Both women are tracking Steel Raven. The mercenary had previously tried to kill Jessie and recently impersonated Black Cat. Together, they destroy what’s left of the Fortress. However, with Steel Raven still at large, the two decide to team up while flirting with each other.

Intriguingly, both stories cast Jessie Drake as someone willing to ally herself with villains and anti-heroes. She is a very sympathetic figure whose backstory leaves much room for exploration. However, that her only appearances have teamed Drake with one character who struggles to stay on the law’s good side and another one who happily burns and skewers her enemies suggests a complexity to her that is often missing in characters with few appearances.

Her first appearance also strongly implies that she is homeless. This is an unfortunate reality for many trans people in the real world, especially minors. That kind of mirroring of reality has often worked well for Marvel tackling real-life issues. Additionally, it might suggest a skepticism or distaste for the status quo, a further reason she might prefer the company of more morally grey heroes and villains. Her empathic shapeshifting ability provides tactical advantages, making her a great asset in wild adventures. Her powers also create opportunities to tell unique and resonant stories about identity. With only three appearances under her belt, it is already easy to map a future full of potential for the character going forward. 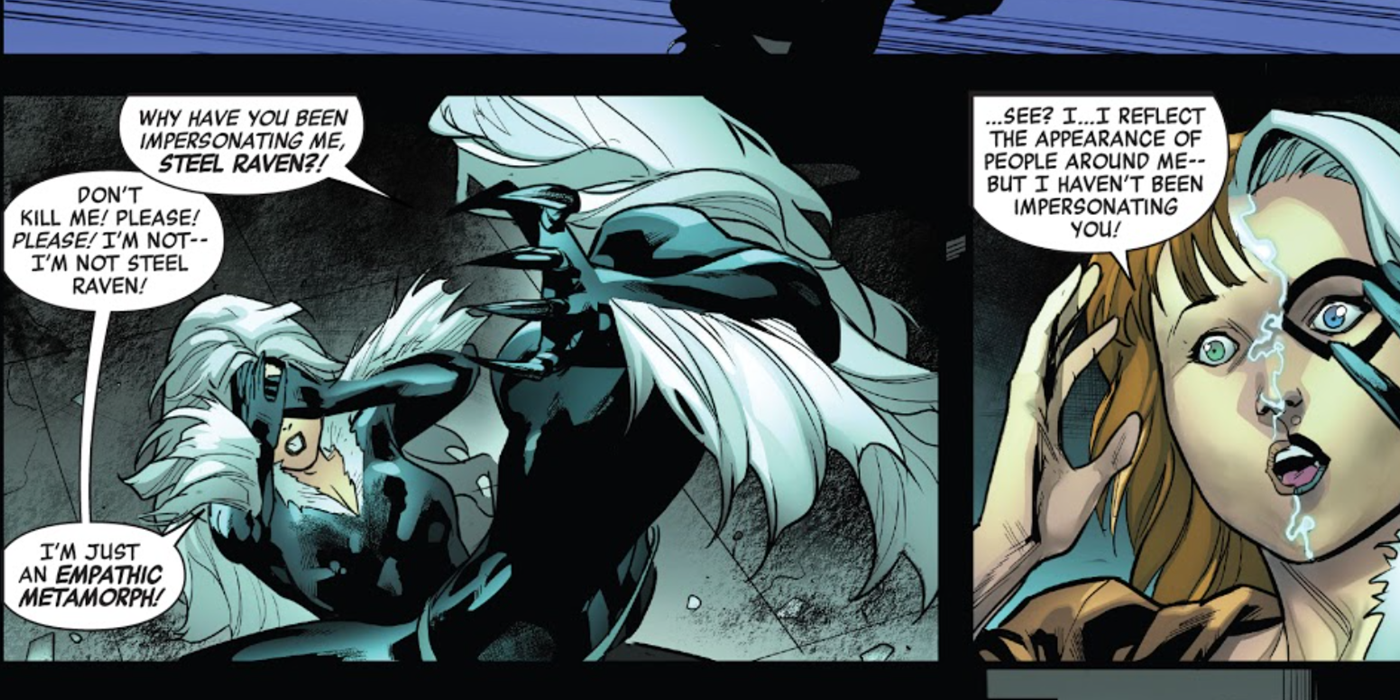 One of the quickest opportunities to pop up again would seem to be Elektra: Black, White & Blood is a four-issue anthology series featuring short comics about Elektra from various creators. Given Jessie’s association with dangerous female anti-heroes, this limited feels like an excellent fit for Drake. Like Typhoid Mary, Elektra started out as a villain and love interest for Daredevil but has since become iconic in her own right. Elektra shares Mary’s willingness to commit violence to achieve her goals, and this ruthlessness might draw Jessie to Elektra as it drew her to Mary.

Alternatively, Jessie and Elektra could find themselves on opposite sides of a conflict. Elektra: Black, White & Blood #4 promises a story written by Ann Nocenti in which Elektra fights Typhoid Mary. Imagine if Nocenti, Jessie Drake’s co-creator, took this opportunity to return to the character. For example, Jessie might side with her former ally Typhoid Mary, leaving Elektra fighting them both at once. Or perhaps forcing the former assassin to try and convince Jessie to bow out rather than fight someone she perceives as largely innocent of Mary’s extensive crimes. Regardless of the nature of the interaction, the potential is once again very high.

Trans representation in all entertainment is essential, and comics are no exception. Especially now, with trans individuals increasingly being targeted by bigots and those seeking a cheap political punching bag. Lately, Marvel has improved on that front with characters such as Defenders’ Cloud and Gamma Flight’s Dr. Charlene McGowan. Because creators often use mutants and the X-Men as allegories for real-life oppression, it is imperative to feature mutants who are part of real-life oppressed minorities so that these stories ring true. Jessie Drake is Marvel’s first trans mutant, and she deserves to have her story told.