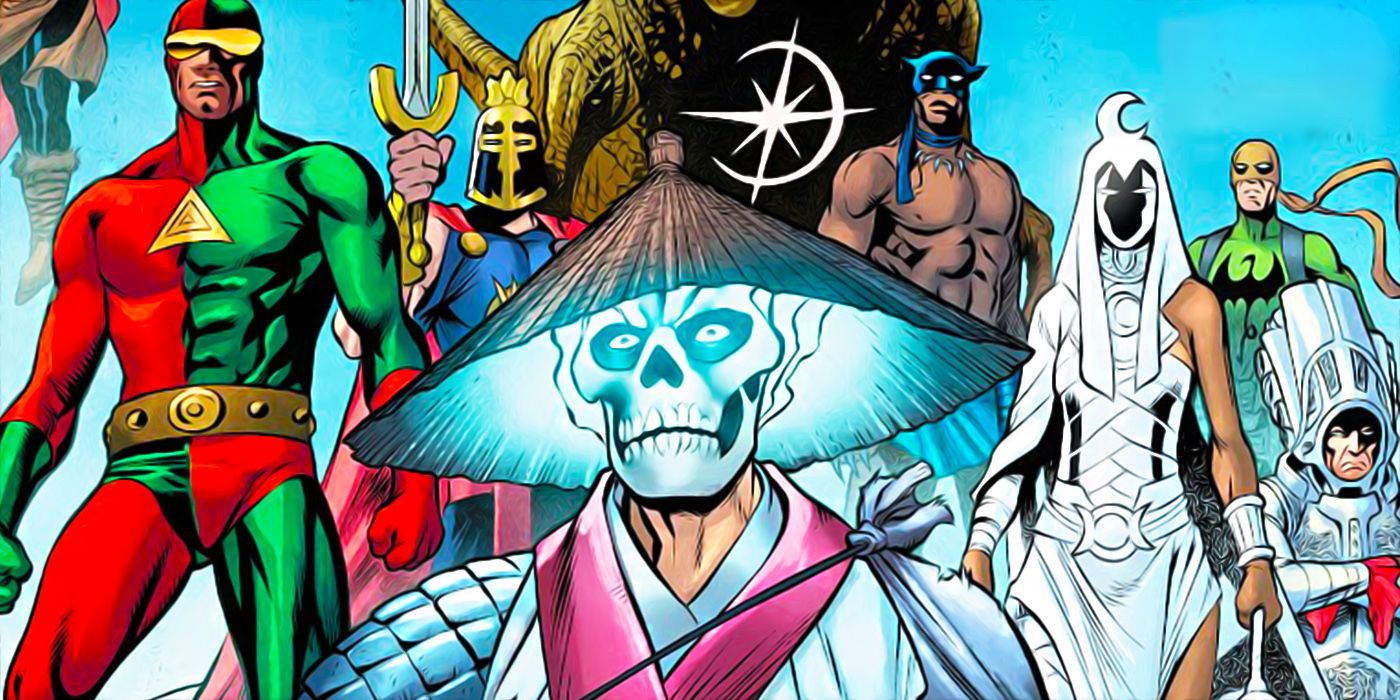 The Avengers have always stood firm as the first, and often last line of defense our world has against the dark forces who would see it destroyed. As incredible as each and every Avenger may be, not all of Earth’s Mightiest Heroes are created equal, with recent events implying more has to do with the mantles they carry than who they actually are. Robbie Reyes has just discovered that he isn’t just the Ghost Rider, but an “Omni-Avenger” as well, and there is no telling what that could mean for the future.

As per usual for the team, the Avengers have been dealing with more trouble than they can keep up with, only for further trouble to come crashing onto their doorstep. In the case of Robbie Reyes, trouble has arisen in the form of horrifying dreams of ancient Ghost Riders, Black Panthers, and All-Fathers being snuffed out by some unseen force. Unfortunately, these aren’t just visions, but a glimpse into the events being carried out all across the Multiverse against other Avengers across their own respective times.

In the face of this vicious new threat, the enigmatic Avenger Prime has sent Deathloks to seek out heroes back in time to make ready for war. These inter-universal agents are just looking for any Avengers, though, as Robbie Reyes discovers in the pages of Avengers #50 by Jason Aaron, Aaron Kuder, Carlos Pacheco, Ed McGuinness, Javier Garron, Rafael Fonteriz, Alex Sinclair, David Curiel, Matt Hollingsworth, Rachelle Rosenberg and VC’s Cory Petit. 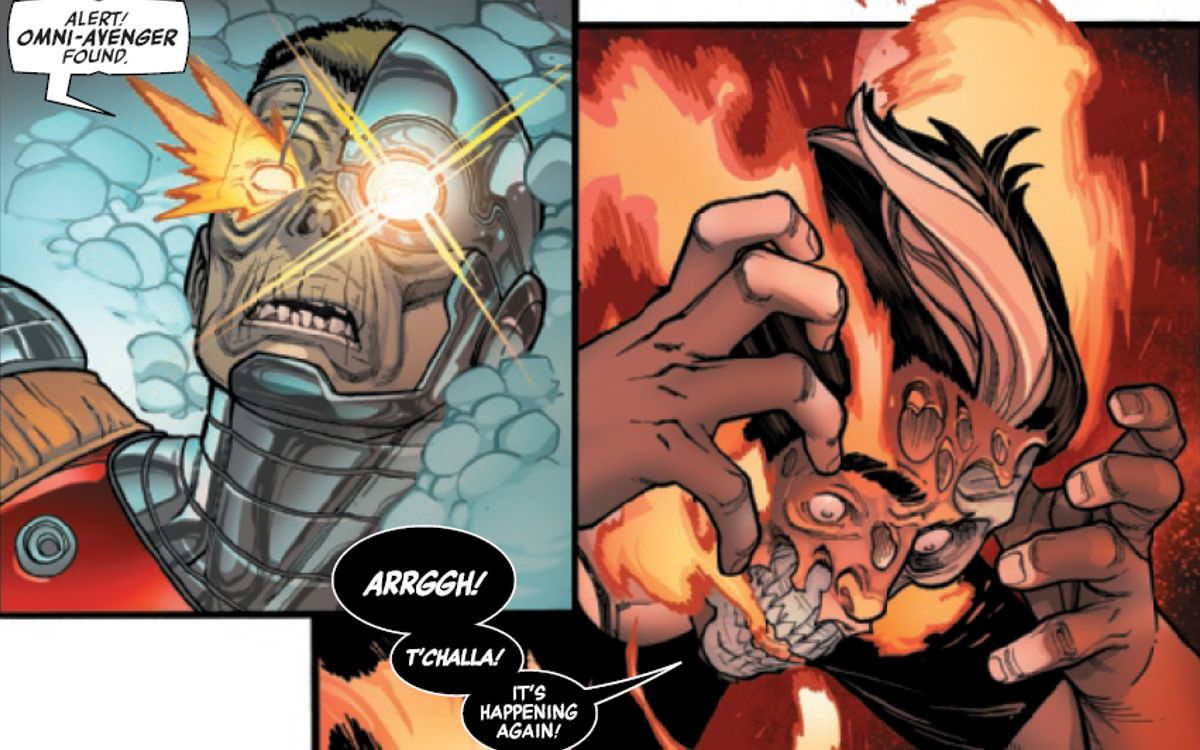 Upon coming within range of the Ghost Rider, he and the undead cyborg are both engulfed in pillars of energy before being swept away to the desolate ruins of another Earth. It’s there that Deathlok explains the campaign of death being carried out by the Multiversal Masters of Evil, as well as how powerful Robbie truly is compared to every other Spirit of Vengeance. The question of how being an Omni-Avenger plays into that is an obvious one, though the precise definition of that designation likely holds the answer.

Robbie himself might be a relatively new addition to the team, but Jason Aaron’s run on Avengers has leaned heavily on the theme of legacy, something emphasized through the Prehistoric Avengers introduced in 2017’s Marvel Legacy #1. As with nearly every other iteration of Earth’s Mightiest Heroes, the Avengers of 1,000,000 B.C. had their own Spirit of Vengeance, yet that alone still isn’t a clear indicator of why Robbie is an Omni-Avenger.

Shortly after Robbie and the Deathlok are transported away from the rest of the Avengers, another Deathlok is delivered to the team courtesy of Jane Foster, aka Valkyrie. Unlike the cyborg before it, this Deathlok doesn’t detect any Omni-Avengers nearby, despite T’Challa standing before them. Like the Ghost Rider, the Prehistoric Avengers had their own Black Panther, the first in history to take up that mantle, in fact. If the idea of an overarching legacy tied to the Avengers throughout time were the only criteria for being an Omni-Avenger, it would only make sense that T’Challa would have been identified as such alongside Robbie. Even if there is more to being an Omni-Avenger than legacy alone, that doesn’t detract from the importance of carrying on familiar mantles, especially not where the MCU is concerned. 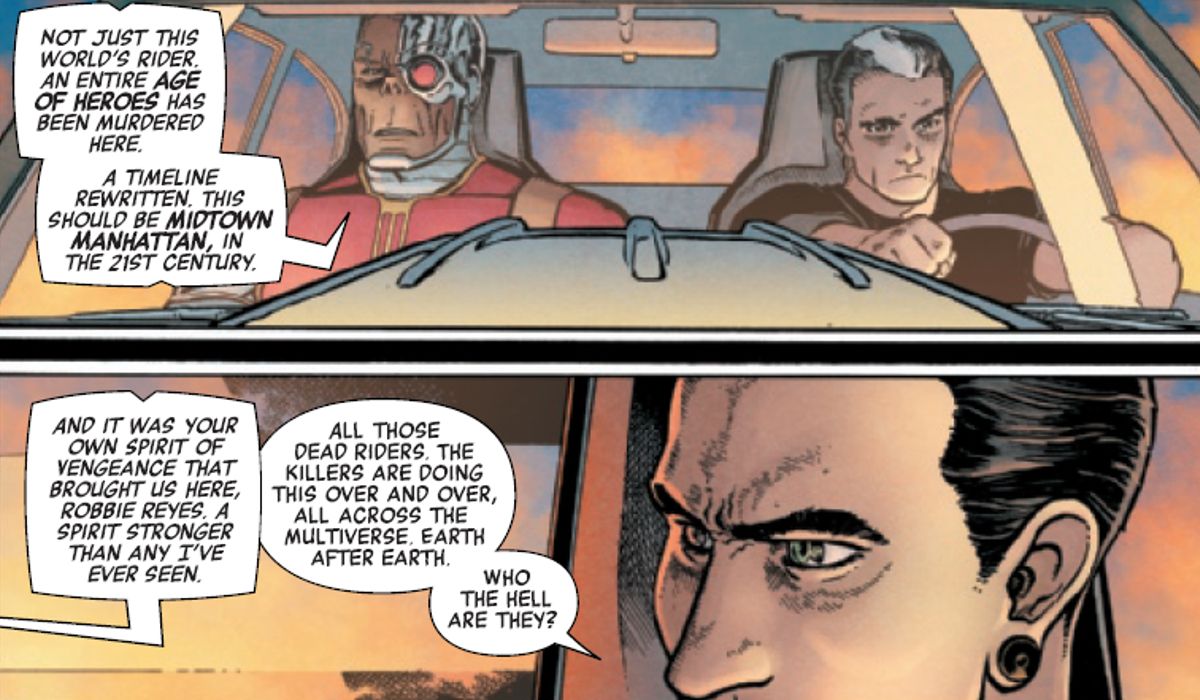 While the Marvel Universe of the comics can find ways for its tentpole characters to carry on in spite of death, there is only so much that the MCU can do about its most integral players growing up or retiring. Thankfully, there is a plethora of talented performers who can pick up where their predecessors left off, from Tom Holland’s Spider-Man carrying on the spirit of Robert Downey Jr.’s Tony Stark, to the explosive introduction of Hailee Steinfeld as Kate Bishop across Jeremy Renner’s portrayal of the titular character in Hawkeye from Disney+.

If the Marvel Cinematic Universe decided to introduce the idea of Omni-Avengers as a way to keep their most popular franchises going with new stars, the designation already existing in the comics would certainly help validate the concept.

IS IT OK TO LIKE RYAN ADAMS’ NEW DOUBLE-ALBUM CHRIS?

Interview With George Michail, Writer of Cover of Darkness