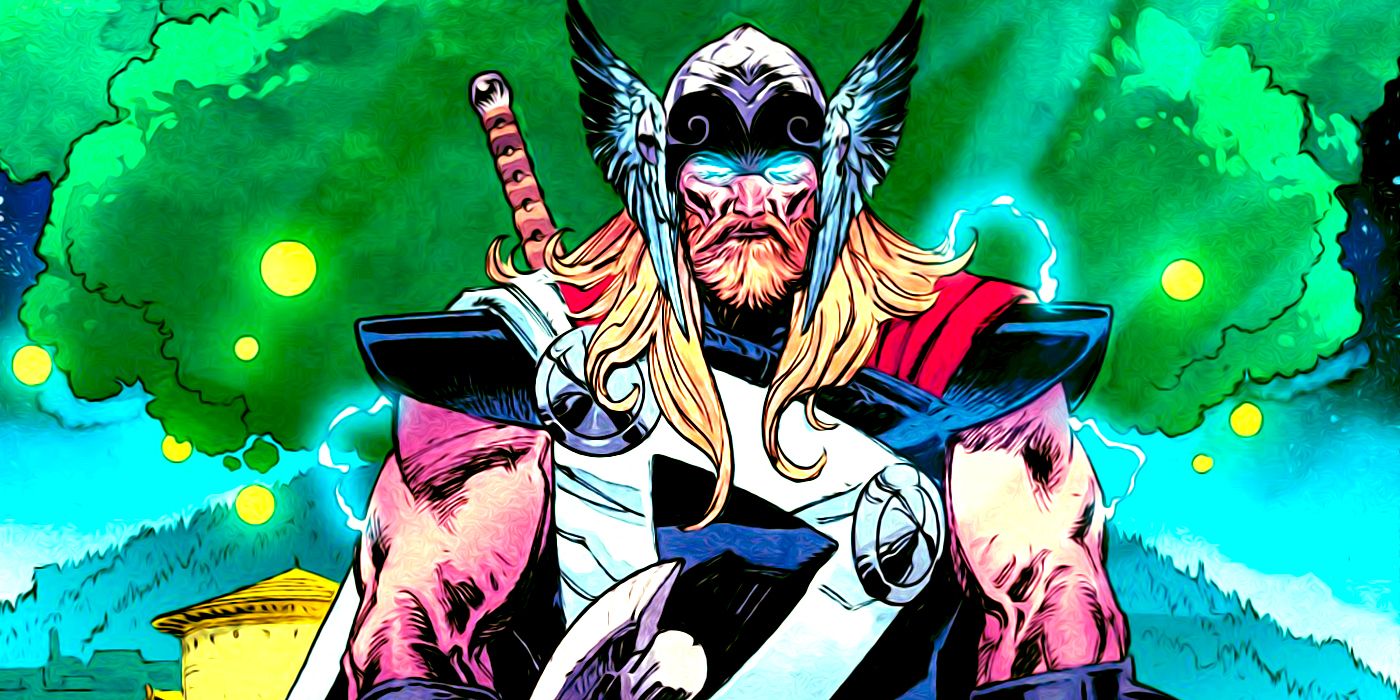 Since taking his seat upon Asgard’s throne, Thor’s connection to his hammer Mjolnir has waned in unsettling fashion. Now the God of Thunder has lost his hammer entirely to some unseen force, and bringing it home has become his utmost priority no matter who he has to enlist or how far the search takes him. As it turns out, Thor’s journey is destined to be a long one, sending him across the cosmos to one of the scariest places the Marvel Universe has ever seen. It isn’t just the Gauntlet’s grotesque appearance that is so unsettling, though, but the fact that it is just another of the many horrors left in the wake of Knull’s deicidal crusade.

The God of Thunder has already called upon his own amphibious counterpart, Throg, in the hunt for Mjolnir, but Thor #19 by Donny Cates, Nic Klein, Matt Wilson, and VC’s Joe Sabino sees the titular hero take a more direct approach to finding whomever it is that has stolen his hammer. Unfortunately, even Sif, the current Guardian of the Bifrost, is unable to see the culprit, forcing Thor to turn to the last person he had hoped to for help. Seeking out Odin isn’t an especially difficult task, though it is a disturbing one. In the outer reaches of space, Odin battles for his life in the middle of a massive arena known as the Gauntlet, and it is here that readers are introduced to the latest remnant of Knull’s rule as the King in Black… and it’s a morbid one. 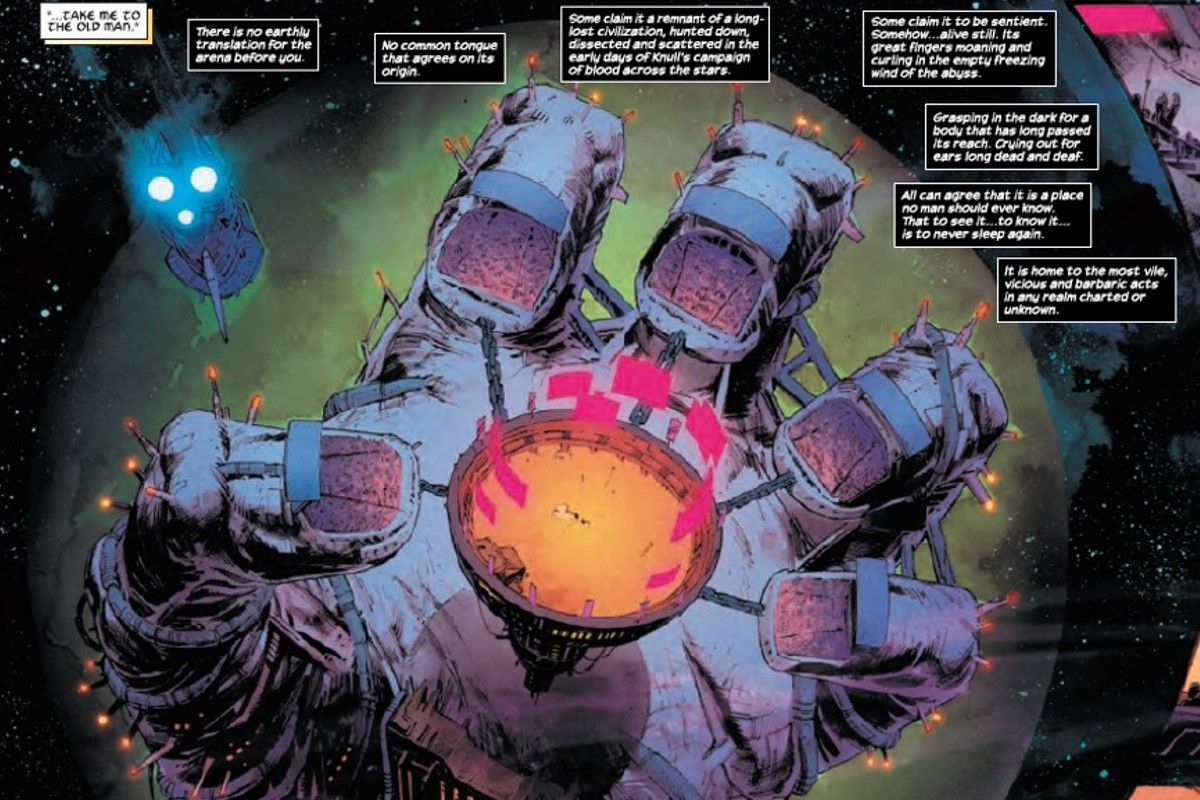 Although it isn’t explicitly confirmed that the Gauntlet is the severed hand of a Celestial, it certainly looks the part, and it wouldn’t be the first time that fans have seen much the same kind of locale pop up in that manner. The most iconic of these is by far Knowhere, the floating Celestial head first introduced in 2008’s Nova #8 by Dan Abnett, Andy Lanning, and Wellinton Alves. Over the years, Knowhere has been used as a city, research station, and warship by various forces, much like the Gauntlet has been transformed into the arena for brutal combat. Yet it is Knowhere’s origin that speaks to the horrors that the Gauntlet’s existence could foretell beyond anything either of them have become in the years since.

As revealed in 2018’s Venom #4, it was the Celestials’ creation of life throughout the universe that drew the ire of Knull, the ancient progenitor and god of the symbiotes. When their light broke through the darkness in which he slumbered, Knull forged the Necrosword, the very first symbiote, in response, and with it he took the head of a Celestial in a single strike. While the decapitated head would go on to become Knowhere as fans know it, the body of this Celestial would find itself lodged between the veil of life and death, festering away in silence until discovered by Jane Foster while ferrying the spirit of the Sentry towards Valhalla. Even if the Gauntlet isn’t anywhere near as terrifying as the violently haunted body of Knowhere, its very existence implies that Knull’s crusade against the gods left more death and destruction in its wake than anyone expected, and there is no telling how many of those remnants might still pose a threat. 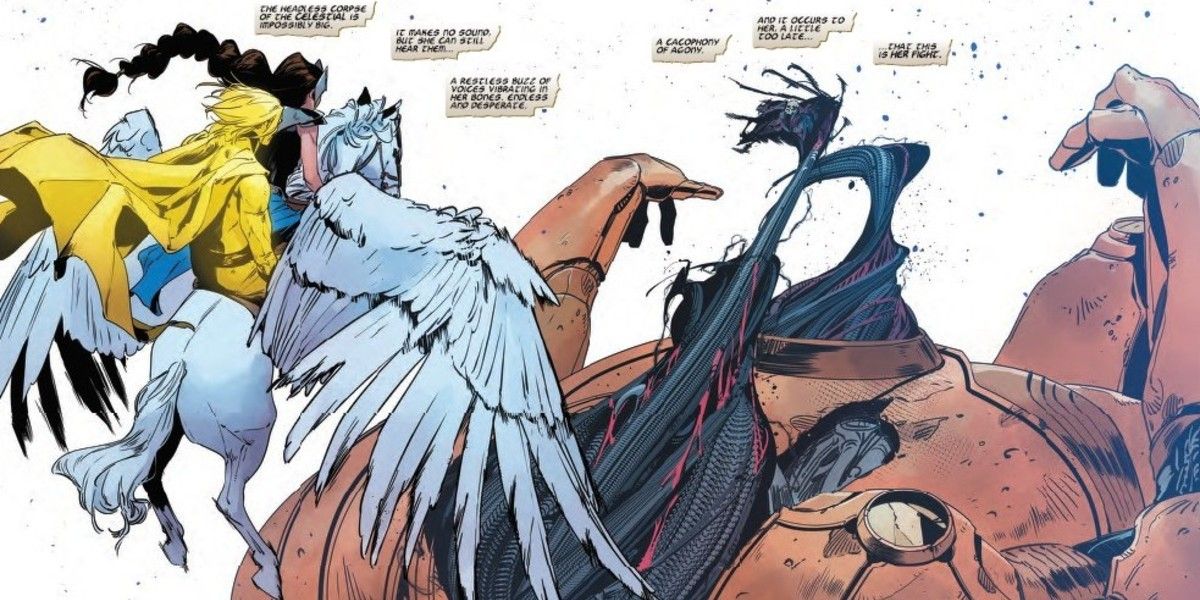 Thor’s quest bringing him to the Gauntlet isn’t foreboding on its own, but coupled with the current battles being faced by the new King in Black it becomes quite concerning. Eddie Brock has grown intimately aware that there are forces working against him from within his own symbiote Hive, and even if Knull is no longer a living threat, his influence very well would be if it happened to be living on.

Without knowing the full extent of Knull’s conquests, there is no telling how many more dead Celestials are waiting to be uncovered. With any luck, they can’t get any worse than what the God of Thunder has just encountered.

KEEP READING: The Most Powerful Avengers Suffer from the Same Trauma – But It Isn’t a Weakness