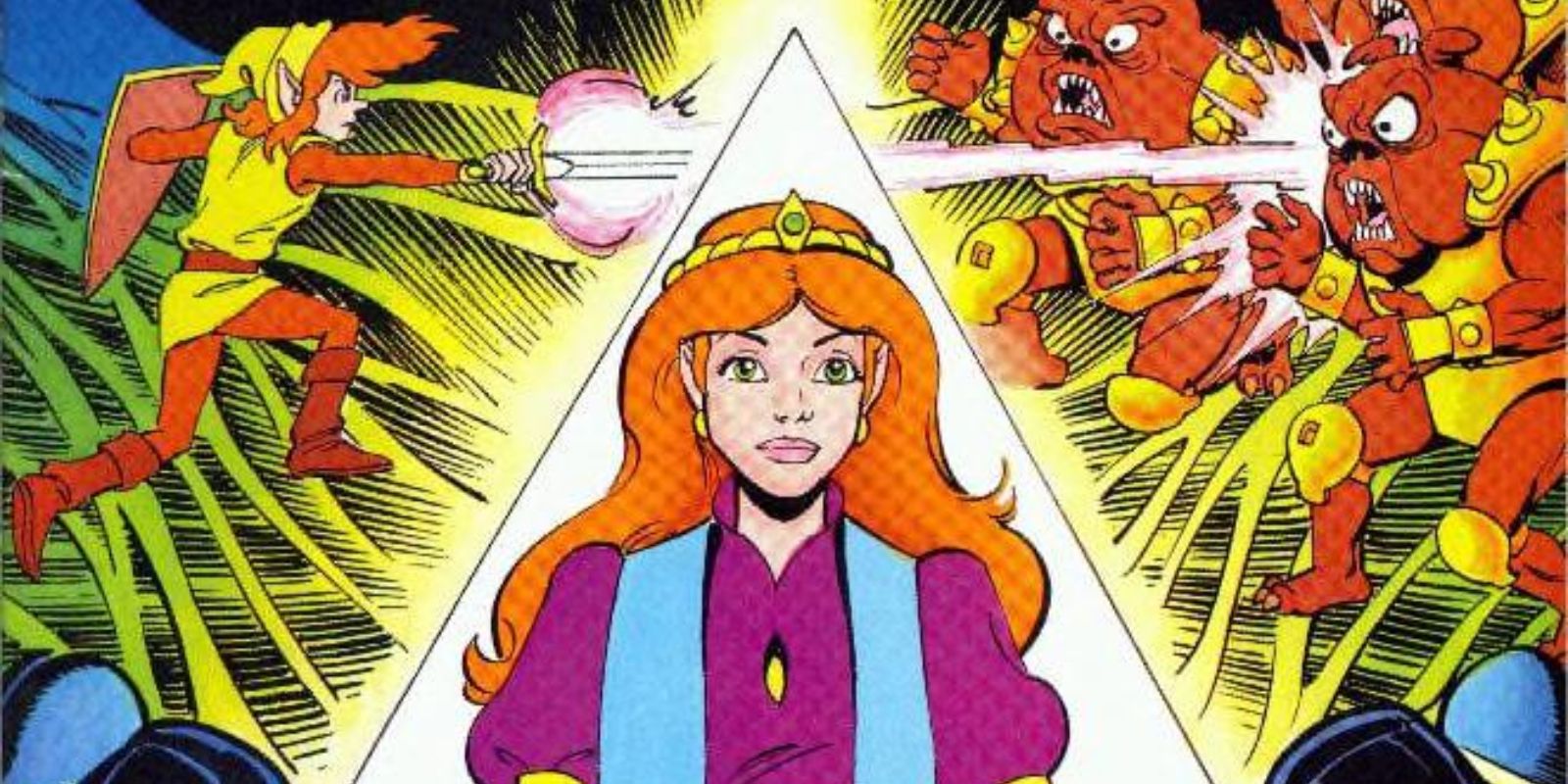 Since its 1986 debut on the Nintendo Entertainment System, The Legend of Zelda has been one of the most famous and beloved video game series of all time. The franchise has received countless sequels and spin-offs that have expanded and explored each of it’s games stories, and in 1990 the title received a comic series published by Valiant Comics called the Nintendo Comics System series. In The Legend of Zelda #3 (by George Caragonne, Richard Rockwell, Dan Hudson, Jade, and The Gradations), Link learns a horrible truth in the most difficult way possible.

Set within the events of the NES game Zelda II: The Adventures of Link, the comic begins with Link and Princess Zelda battling a group of Darknuts deep within Death Mountain. Their mission is to retrieve the Magic Trophy, an item that the villain Ganon stole from the town of Ruto. After defeating their enemies, Link tricks Zelda into being whisked away to the entrance of the dungeon by a monster known as a Wall Master, presumably for her safety. Exploring further, Link stumbles across Ganon’s inner chamber where the Magic Trophy is being held. More important than the Magic Trophy, however, is the Triforce, the immensely powerful artifact that Ganon uses to energize himself. 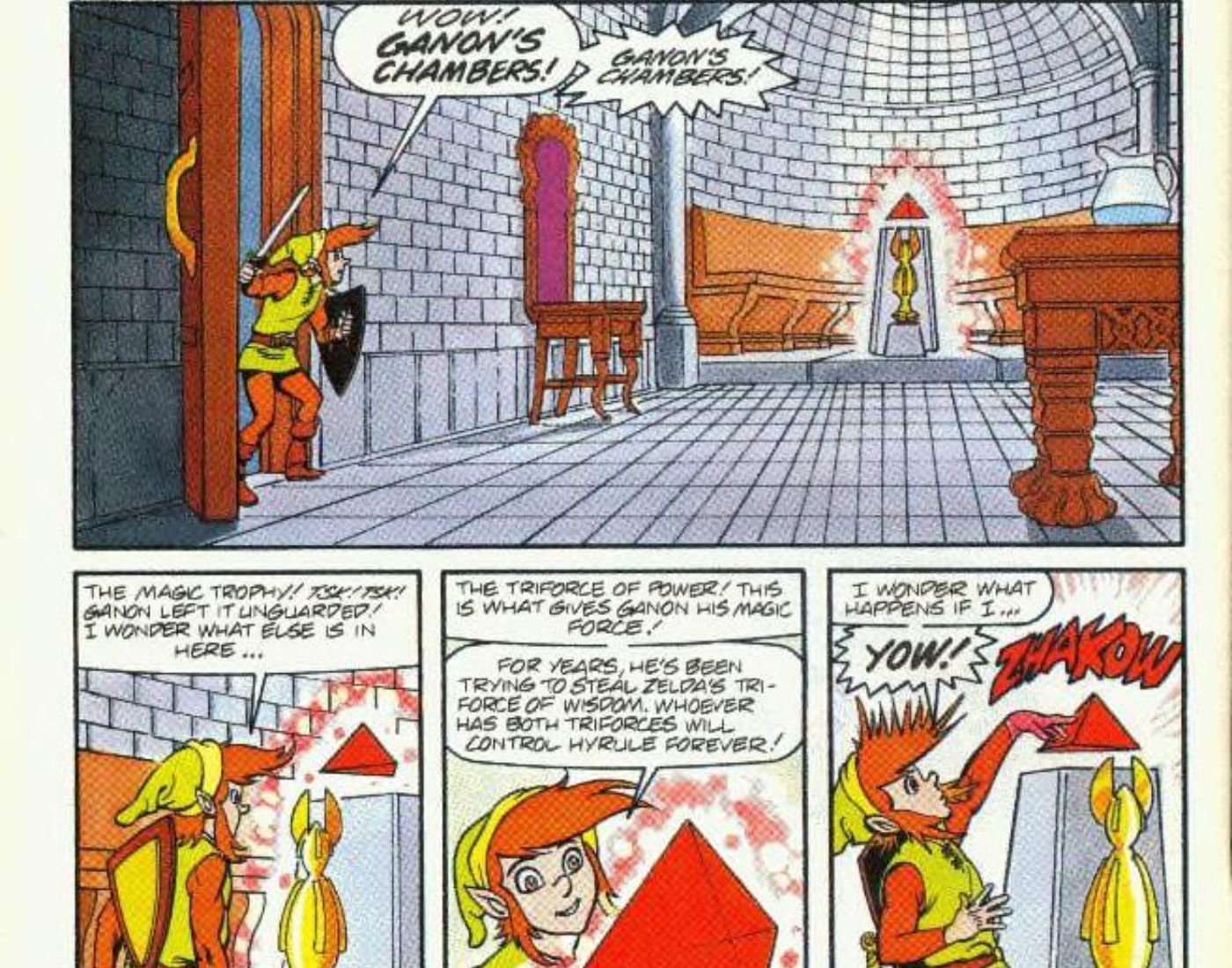 Link takes the Triforce of Power and promptly utilizes its vast power to blow a hole directly back to Zelda outside. Ganon attacks Link but is easily defeated. However, a terrible rage grips Link as he pummels Ganon, threatening to kill him on the spot. The villain manages to teleport away to safety as Zelda tries to calm the elvish hero down, but the Princess of Hyrule is unable to prevent Link from heading off to destroy Ganon on his own.

Zelda consults the Triforce of Wisdom that she protects deep in the North Palace and learns that Link is set along a path destined for ruin. As Zelda races out into the night to save her friend, it is revealed that Link has become even more corrupted by the energy contained within the Triforce of Power. Monsters bow and call him master and Link even dons a robe that looks similar to Ganon’s. Zelda enters Parapa Palace where Link and Ganon are and is captured by another group of Darknuts.

Ganon orders Link to return the Triforce of Power to him or he will command the Darknuts to kill the princess. Link sits upon a nearby throne and says that Zelda means nothing to him. The Darknuts then leave Ganon and begin to serve Link. After trapping his nemesis in a cage of magic, Link turns to Zelda and demands she surrender the Triforce of Wisdom to him. Zelda refuses and reveals to Link the truth she has uncovered: to possess power without wisdom or courage leads only to darkness. Pulling back his hood Link is horrified to learn that he has slowly begun to transform into a creature that resembles Ganon. Link throws the Triforce of Power into a pit and then passes out. The issue ends with Link awakening safely in bed back at the North Palace. 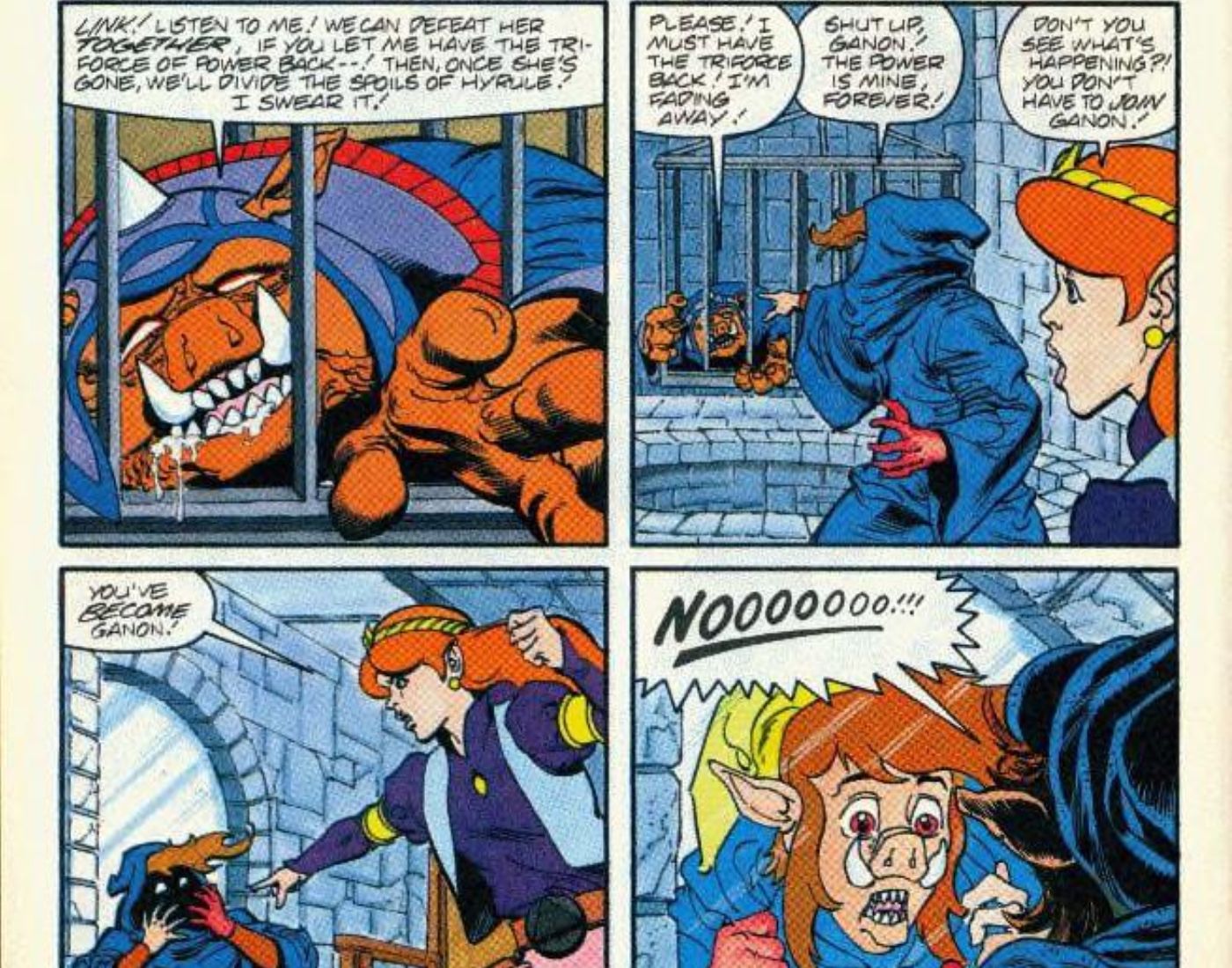 While not canon to the official lore of the series, The Legend of Zelda comics offer an interesting alternate timeline. Being influenced heavily by the animated series, many established tropes from the show are included within the comic such as Link’s constant attempts at getting Zelda to kiss him. This theme plays a major part in the story of the issue, though, as it’s the love that exists within Link and Zelda that ultimately saves the hero from becoming permanently corrupted.

The comic book series gave Link and Zelda a much more human feel than their video game counterparts. Their squabbling affections for one another and character faults allow the two heroes a different dramatic range that breathes fresh air into the well-established duo. The important lesson the issue teaches is that while even heroes may stumble, what’s most important is how they recover. It’s fitting that a story containing the Triforce would impart such wisdom to its readers.

Keep Reading: Legend of Zelda’s Majora’s Mask May Be Darker (and Deadlier) Than You Thought

Marvel’s Most Surprising Deaths in 2021 | CBR