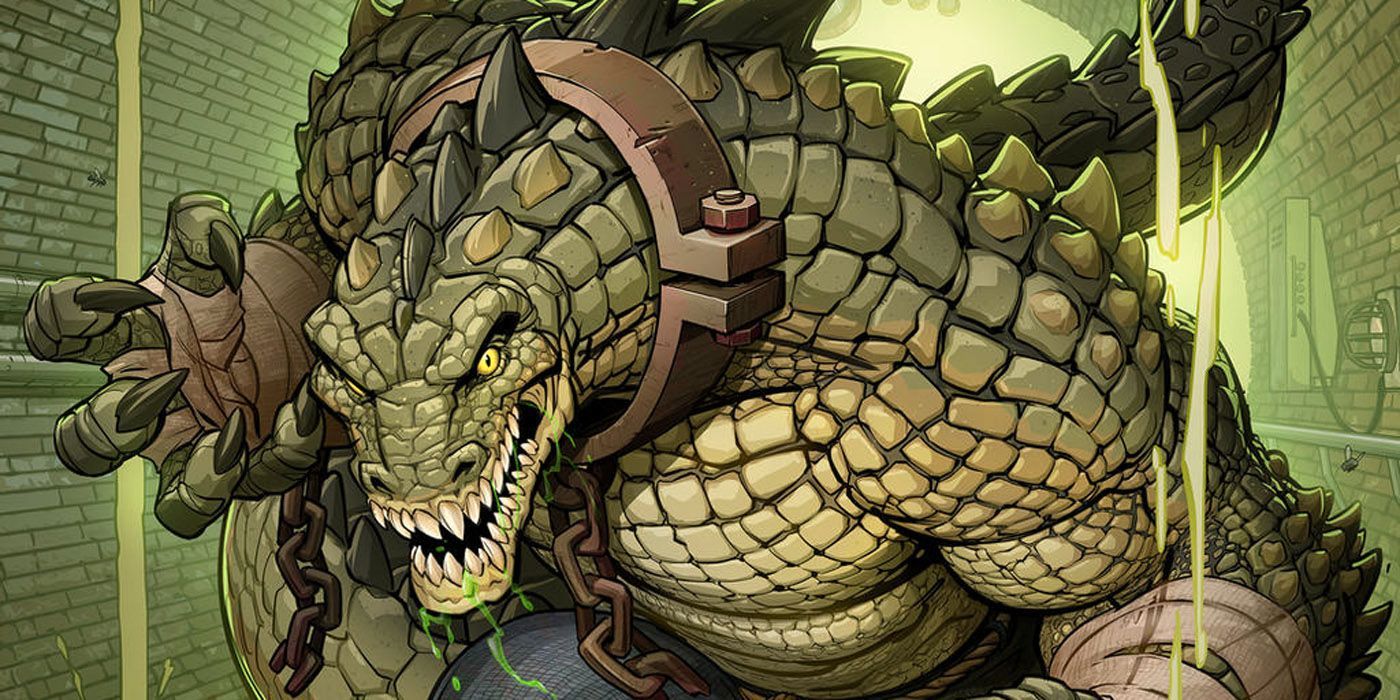 WARNING: The following contains spoilers for The Batman, now playing in theaters.

By the end of Matt Reeves’ The Batman, Gotham City is in the kind of disarray that requires all hands on deck to repair. Unfortunately, even a man with as many resources as Bruce Wayne or a vigilante with as many skills as Batman won’t be able to do it alone.

The most obvious solution is introducing Robin to the franchise. Batgirl, Huntress, Spoiler, and even Orpheus might also be possibilities. However, if the Dark Knight really wants to get things done with unconventional efficiency, he’ll have to think outside the box. That’s why the perfect sidekick for the job is Batman’s most tragic villain.

RELATED: The Batman’s Alfred Failed to Learn From Geoff Johns’ Earth One 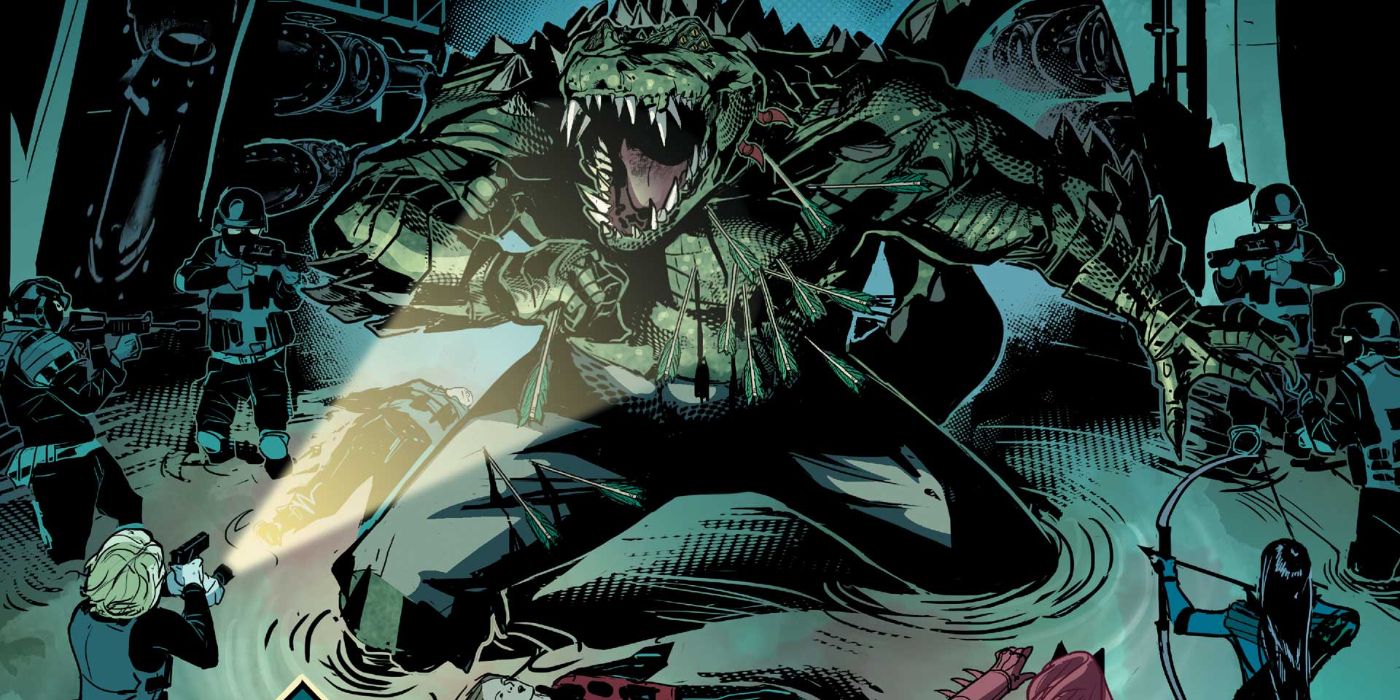 That’s right, the best person for the job is none other than Waylon Jones, a.k.a. Killer Croc. The villain already has a recent history of fighting crime, despite his villainous status, in comics, animated movies, and even the first Suicide Squad film. While not universally true, some depictions of the villain reveal him as possessing a sly intellect that, amongst other things, helped Croc to ascend to the top of Gotham’s underworld for a time. Finally, even when not fighting crime, Croc has a well-established history of sympathetic portrayals, ones that reveal him to be used, abused, and forsaken by the outside world due to his monstrous look.

It’s why Batman considers him a tragic villain and has often tried to help since Gerry Conway, Don Newton, and Gene Colan created him in the ’80s. Unfortunately, Croc usually slapped that olive branch away to pursue notoriety, power, or money. As a result, he frequently proved a dangerous and challenging opponent. Croc would often utilize the dark landscape and dirty waters of Gotham’s sewers to his full advantage. He pushed the Caped Crusader to his limits on more than one occasion.

Now take that level of brute strength, knowledge of Gotham’s tunnels, and strategic thinking and put it on Batman’s side. Imagine Croc bringing to bear his natural gifts to save lives and end the criminal escapades of so many. It’s a shame he’s only ever been a villain breaking the law or being forced into doing good. Except, it turns out that’s not the case. 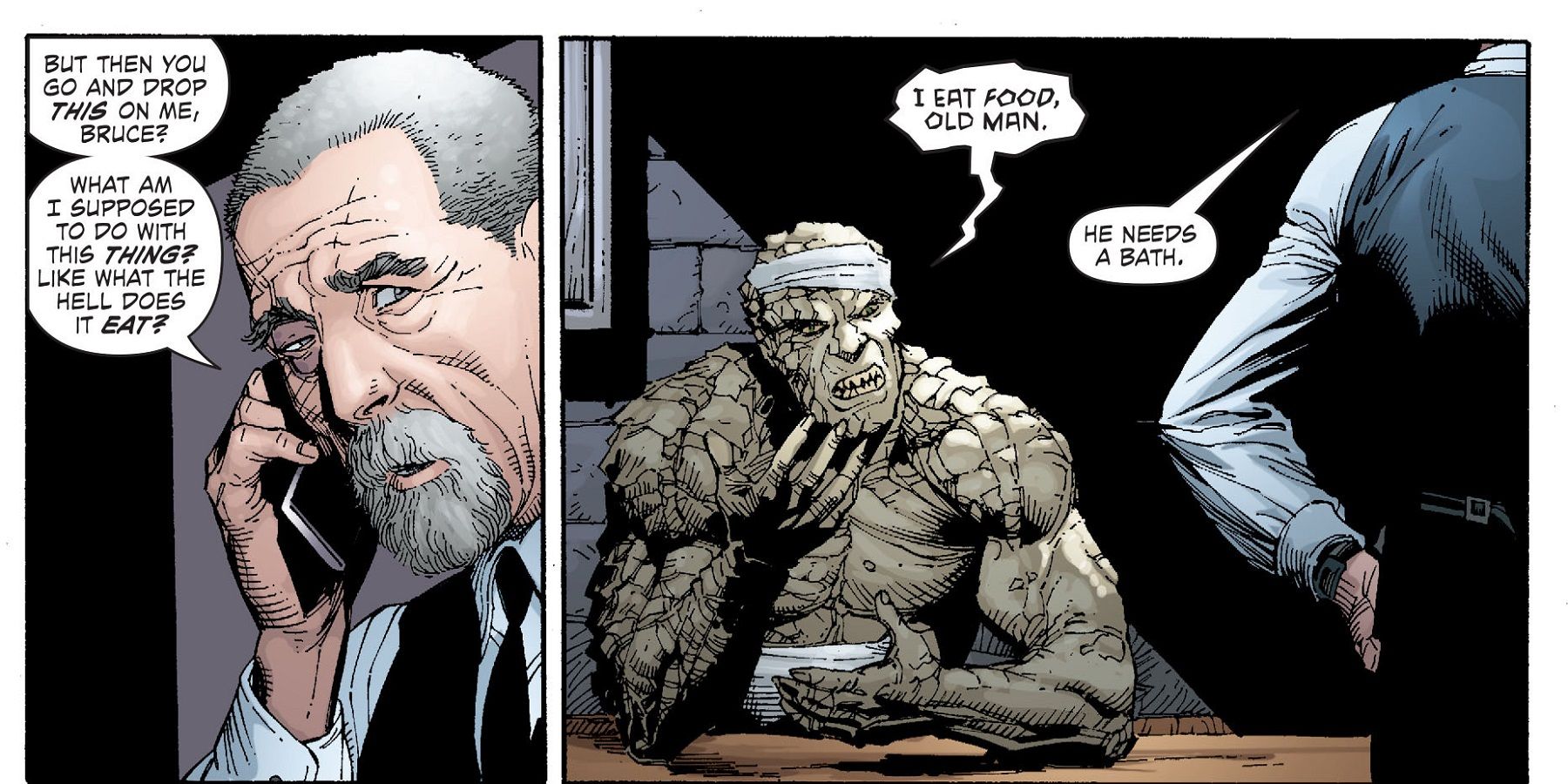 The Batman: Earth One trilogy set a different precedent for Waylon, casting him as one of the Caped Crusader’s most trusted allies from nearly the start. While navigating the sewer catacombs linked to his family’s underground tunnel network, Batman ran into Killer Croc. The two initially came to blows, but they quickly made peace. They teamed up to bring Riddler to justice, and Bruce Wayne welcomed Jones into his house.

In time, Croc became like a brother, got his own dog (aka Bat-Hound), and even developed a friendly antagonistic relationship with Alfred, who couldn’t believe they adopted such a character. In addition, Jones’ presence helped temper Batman’s hunger for justice, teaching the vigilante to be more open to how cruel fate and mistakes can often trap people in criminal pursuits. Croc would eventually go on to share this message with other heroes as part of the Outsiders. There he demonstrated his belief in hope, kindness, and humanity’s worth.

The means of bringing Killer Croc into a The Batman sequel is surprisingly simple. A flooded Gotham forces denizens of its sewer tunnels above ground. Amongst those people and creatures would be Waylon Jones. Encountering him either in or out of costume, Wayne would quickly recognize Jones as someone with potential, perhaps even a kindred spirit. One, an outcast because of his appearance who nonetheless believes in the possibility of humanity’s goodness. The other, an outcast, largely by choice, who wants to help others but often can only see the worst. 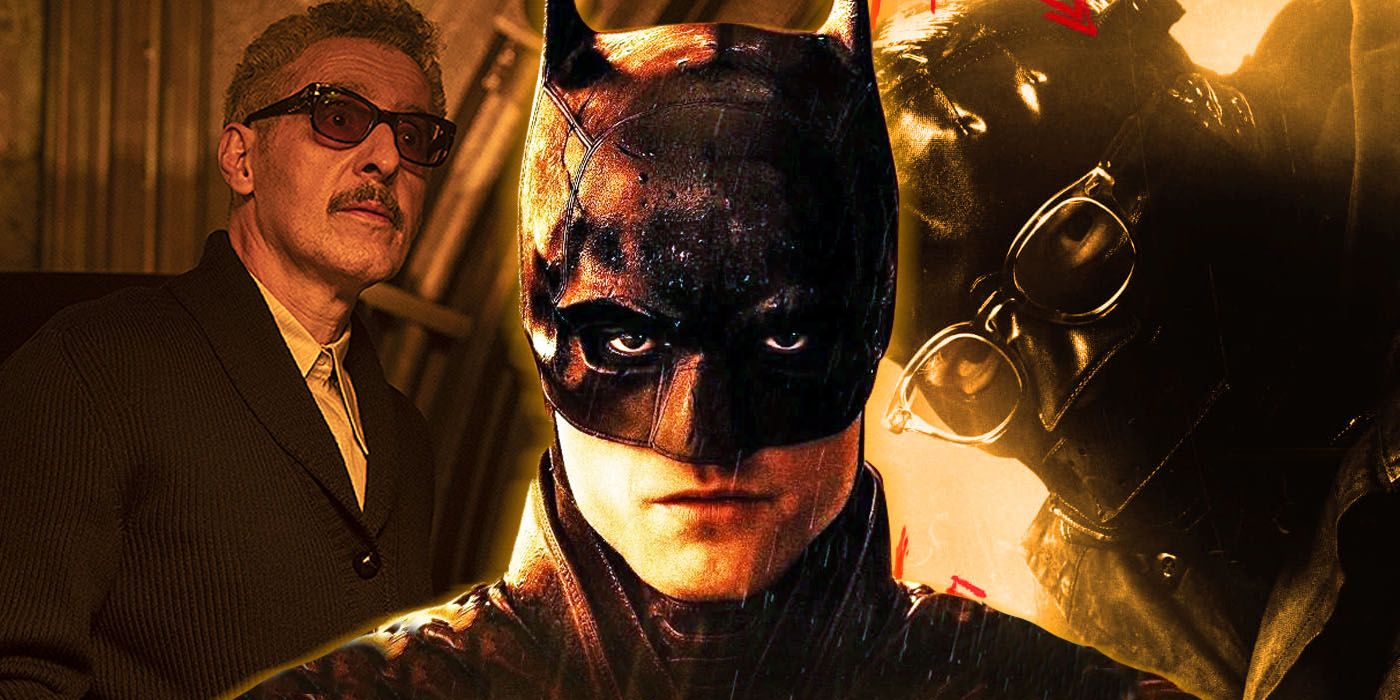 Finally, finding someone to relate to and who can share the burden of saving Gotham might bring a new lightness and clarity to Batman. Perhaps we can start to see a Batman who sometimes trots out the Bruce Wayne, billionaire playboy, persona for fundraisers and other social events. Additionally, Croc can be a path to other possible partners’ introductions, not the least of which being Dick Grayson. The idea of a traveling circus employing the acrobat Grayson for the main stage and Croc as a sort of side exhibition seems very likely indeed.

Regardless of which route taken, Killer Croc would make both an exciting and effective new presence in the film. The cops may find the sewers hard to patrol, but for Croc, it’s old hand. He can help uncover enemies inspired by the Riddler from below the City. With Joker seemingly set for a sequel appearance and villains like Penguin still roaming, having a friend who knows Gotham’s elaborate underground is a tremendous advantage. Having one who’s seen the truly monstrous side of people and yet still fights for them? Even better.