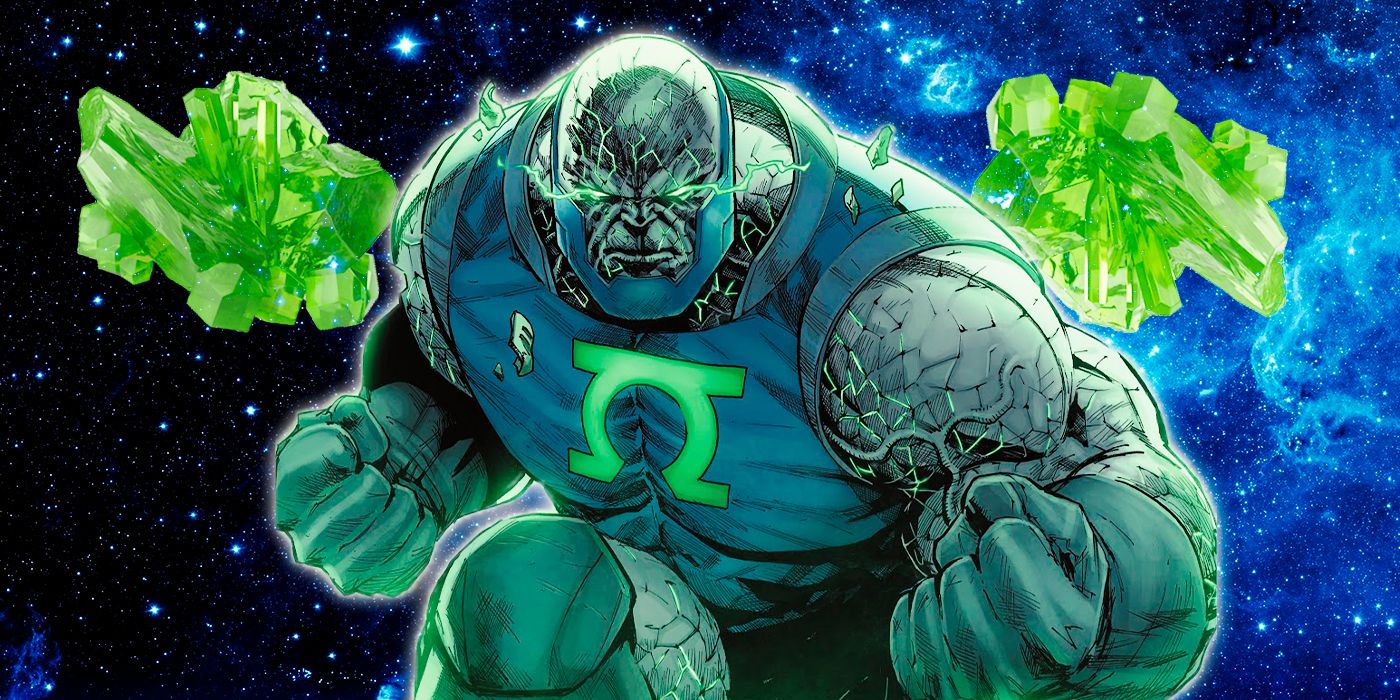 Outside of the Justice League, Superman has always been the single greatest threat to Darkseid. As such, Darkseid has come up with a number of ways to dispose of the Man of Steel. But sometimes it is the simplest solutions that are best.

In Justice League: Last Ride #7 (by Chip Zdarsky, Miguel Mendonca, Enrica Angiolini, AndWorld Design), after springing his trap on Apokolips, Darkseid armed the Cyborg Superman with a knife laced with Kryptonite. Only it wasn’t Superman who got stabbed. 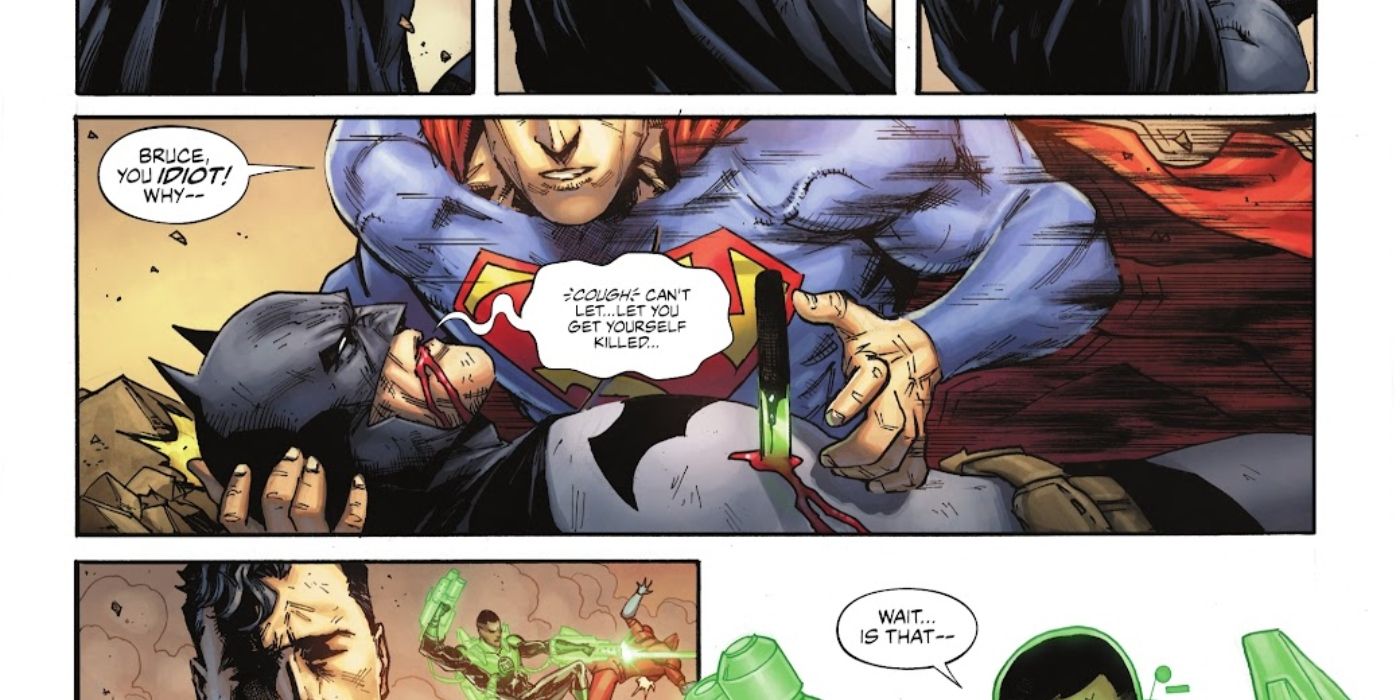 Batman threw himself in the way of the attack to save his friend, repairing their damaged relationship. Fortunately, the very reason they were fighting in the first place returned to help heal the Dark Knight.

Darkseid had tricked the Justice League into isolating themselves on Apokolips while multiple armies arrived to either kill their captive, Lobo or the League. While this was going on, Darkseid was reborn, now infused with the power of the Green Lantern’s central battery. One of his pawns, Cyborg Superman, was armed with a Kryptonite dagger and was gunning for Superman. But Batman managed to intercept him, planting an explosive on the villain that Superman then detonated. In the process, Batman was wounded with the dagger.

Due to its components, Superman could do nothing to help his friend as the dagger’s presence was weakening him. He couldn’t just pull it out and toss it away; after all, knife wounds are tricky. Depending on how deep they go, and where the blade ended up he could do more harm than good by removing it himself. The good news for them was that the entire team was here, along with someone they all thought was dead: Martian Manhunter.

RELATED: Justice League International Just Got Caught Up In Another Deadly Mystery 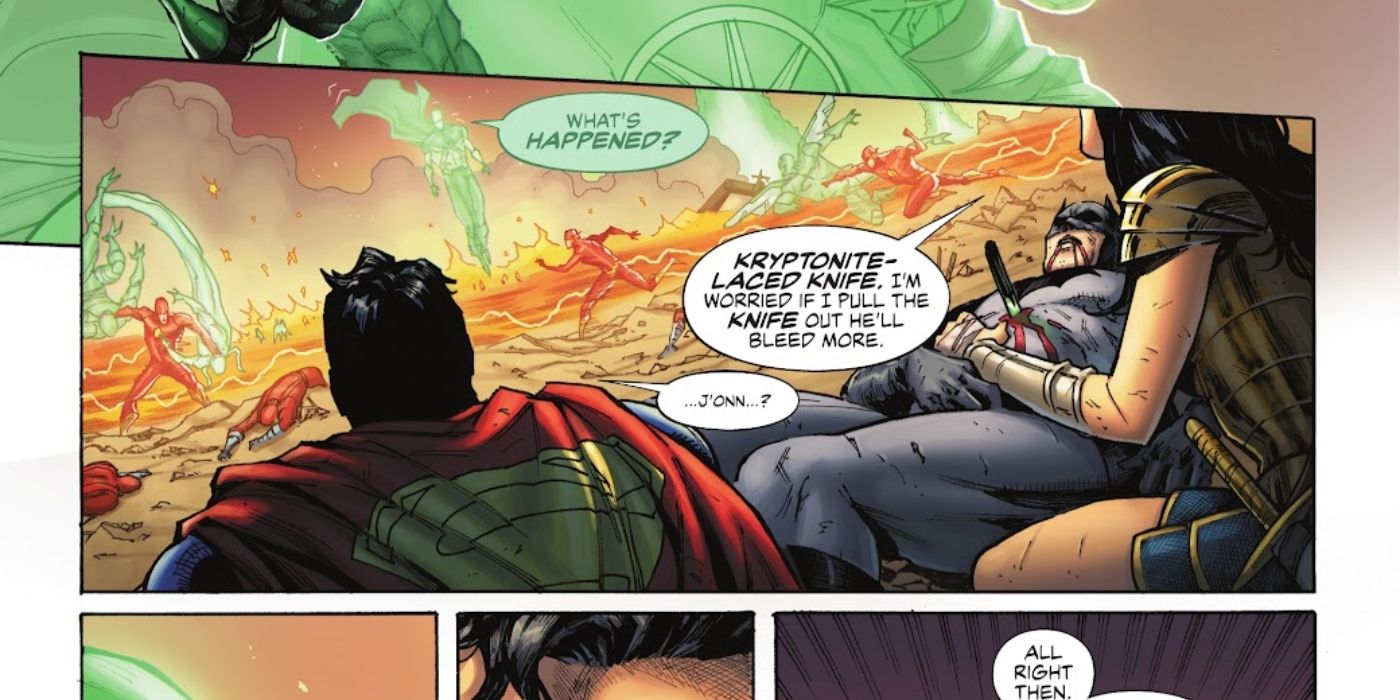 J’onn had been reborn in the fires of Apokolips, now fueled by the power of will. He returned to help his friends by tending to Batman’s wounds, allowing the others to fight off the various enemies that had converged upon Apokolips. It was a poetic twist really. A year earlier, Batman had allowed J’onn to sacrifice himself to stop several nuclear explosives from reaching Earth. That decision had destroyed the friendship between Batman and Superman. Now, Batman was the one to sacrifice himself and in the end, it turned out J’onn was never dead, having just found a new form of existence.

Even more personal is the fact that, even with all the horrible things Batman and Superman said to each other and the obvious enmity between the two for the entire mission, Batman still made the sacrifice play, throwing himself in the path of a villain to save Superman’s life. It’s a reminder that Batman, though he can be abrasive and even cruel at times, always places the lives of his loved ones above his own. What happened with J’onn months ago was a matter of necessity because Batman did not have the same abilities as J’onn and Superman was too far away to help.

RELATED: Justice League Brings the Most Tragic Martian Manhunter Variant to the DCAU

This also reaffirms how strong the friendship between the two World’s Finest is. It’s often said they’re more like brothers than friends and though brothers do fight and even sometimes break off relationships, at the end of it all, a bond as strong as theirs can withstand anything.

The moment did a lot to undo the damage done to their friendship. Batman reminded Superman that he is not a selfish person and is still human beneath all the darkness, allowing Superman to forgive him. But then, Batman got the opportunity to forgive himself when J’onn returned. A moment of sacrifice broke the Justice League, and another sacrifice reunited them.