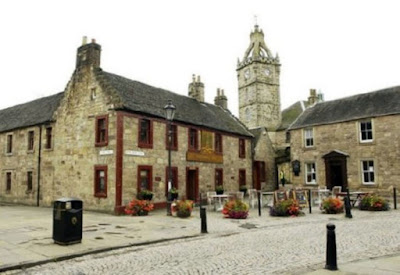 There was a time in my early teens back in the ’70s when me and one of my pals (not always the same one) would frequent the Old Village quarter of my town.  Especially on Saturday afternoons, when we’d wander around the streets and visit certain shops (usually newsagents) and just drink in the ambience of the place while I bought comics.  Sometimes there’d even be a jumble sale in either the Old Parish Church Hall, or in an old annexe-style hall belonging to another church.  In fact, I yet have at least a trio of books from the second hall, and replacements for comics I originally acquired in the first, as well as from the three Village newsagents.

A couple of years on, me and whatever pal was available (sometimes more than one) would attend a couple of evening youth clubs in the Village, looking for fun and females; invariably we’d find ourselves in the local chip shop and round off the day’s adventures with a fish supper each and a can of Coke to wash it down.  Great times.  Anyway, I had occasion to visit the Old Village on Saturday there, looking for something in the local DIY shop, but they were useless.  Let me digress for a moment.  I once went into this shop looking for a curtain rail a couple or so years back, only to be told that they didn’t stock the kind I was after.  “If you did have it, where would it be? I asked, and was pointed in the direction of a far corner.

You know where this is going, don’t you?  There was the very kind of curtain rail I was seeking.  “You said you didn’t stock this, so perhaps I should get it for free?” I teased, but they weren’t up for that – not that I seriously expected them to be, I was merely making a point.  Some years before, I’d got a shelf cut to a specific shape (one side was angled) in this shop and on Saturday was again looking for a small piece of wood cut to a particular shape.  “We don’t do that – the clue is in the letters ‘DIY’ outside” said one facetiously.  I also needed a broken screw drilled out of a piece of metal; “We don’t do that” came the repeated reply.  For a place that installs made-to-measure fitted wardrobes and sliding doors, you’d have thought they must’ve had access to a drill, but they clearly couldn’t be bothered moving from the counter, so I didn’t bother arguing the point and left the premises.  Useless feckers! 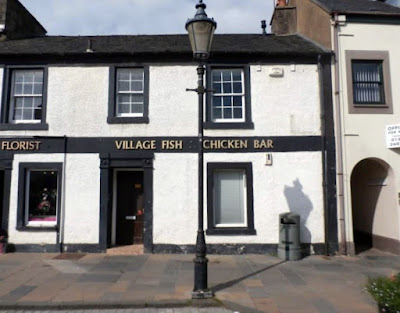 Anyway, digression over.  I decided to treat myself to a fish supper from the very chippy I used back when I was much younger than I am now, and I can honestly say it was the tastiest fish supper I’ve had in a long time.  I found my mind returning to the ’70s and recalling how much I enjoyed those times and how lucky I was to be able to repeat the experience (to a degree) in the here and now.  Then I wondered whether former pals who had left for pastures new down south or abroad, and who’d once walked those very streets with me and hungrily devoured the culinary delights of the self-same chip shop, ever thought back to those times and missed them in the same way that I did, but hadn’t realised until I found myself back there on Saturday just passed.

Maybe they think back to other, later times elsewhere that I wasn’t part of, and it’s kind of sad to realise I might not figure much (if at all) in some people’s memories of happier, younger moments in their lives.  However, that doesn’t detract from the enjoyment of my own reminiscences of such days, and I really enjoyed my brief Saturday sojourn (DIY shop aside) in a place I once frequented with friends who eventually moved on with their lives while I, on the other hand, remained pretty much where I was.  Maybe I’ll dare to repeat the experience next Saturday – if not, it won’t be too long before I do.  Incidentally, I’ve been in the village many times over the years, but it was the taste of that fish supper that opened the door to a forgotten cupboard of recollections in my mind.  Ever had that kind of experience yourselves, faithful Crivvies?

If so, let’s hear all about it in the comments section. 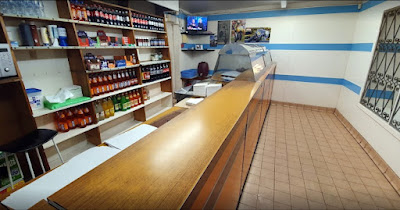