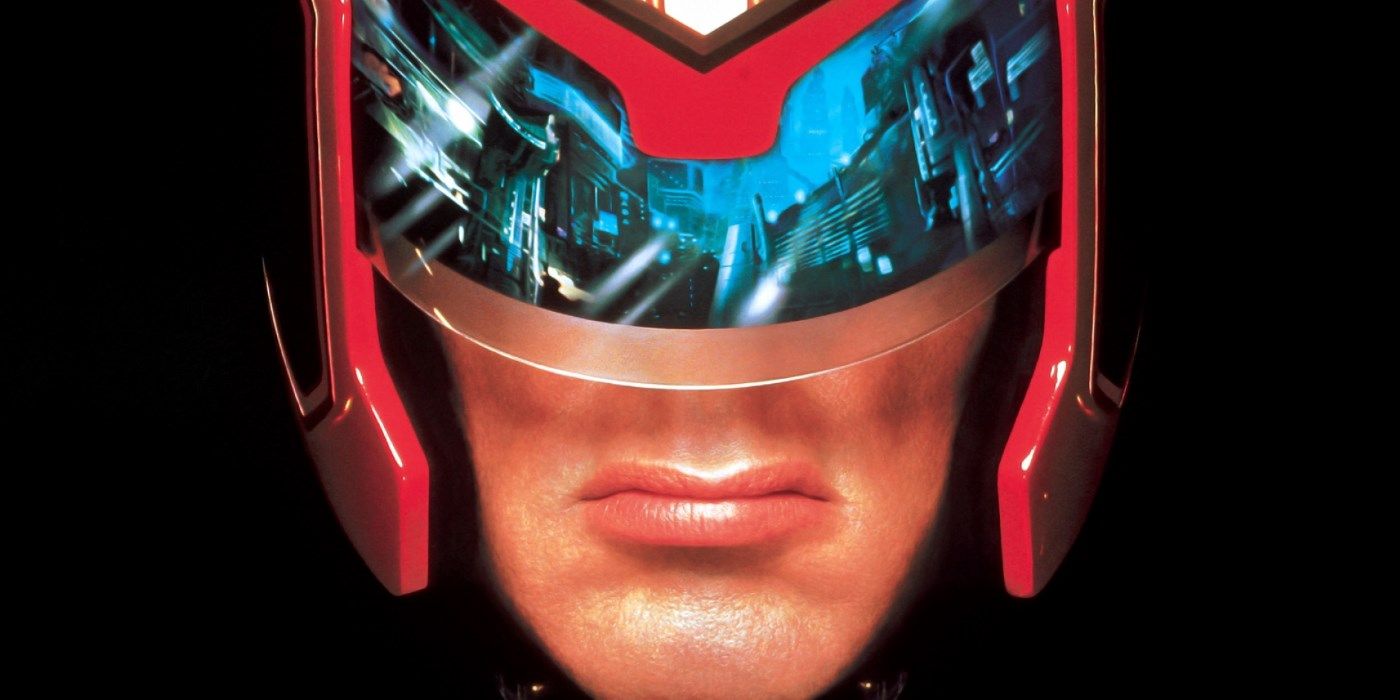 Comic book fans have had much to rejoice over since the release of Marvel Studios’ Iron Man in 2008. As comic book films have come to redefine not just the action movie genre, but the entirety of Hollywood and how modern films are made, the past 13 years have been a veritable treasure trove of fantastic entertainment for comic fans.

But this was not always the case; for decades comic book movies were largely relegated to quick cash-ins. As many fans will remember, 1995’s Judge Dredd was a prime example of an amazing source material weighed down by poor decision-making and subpar acting. 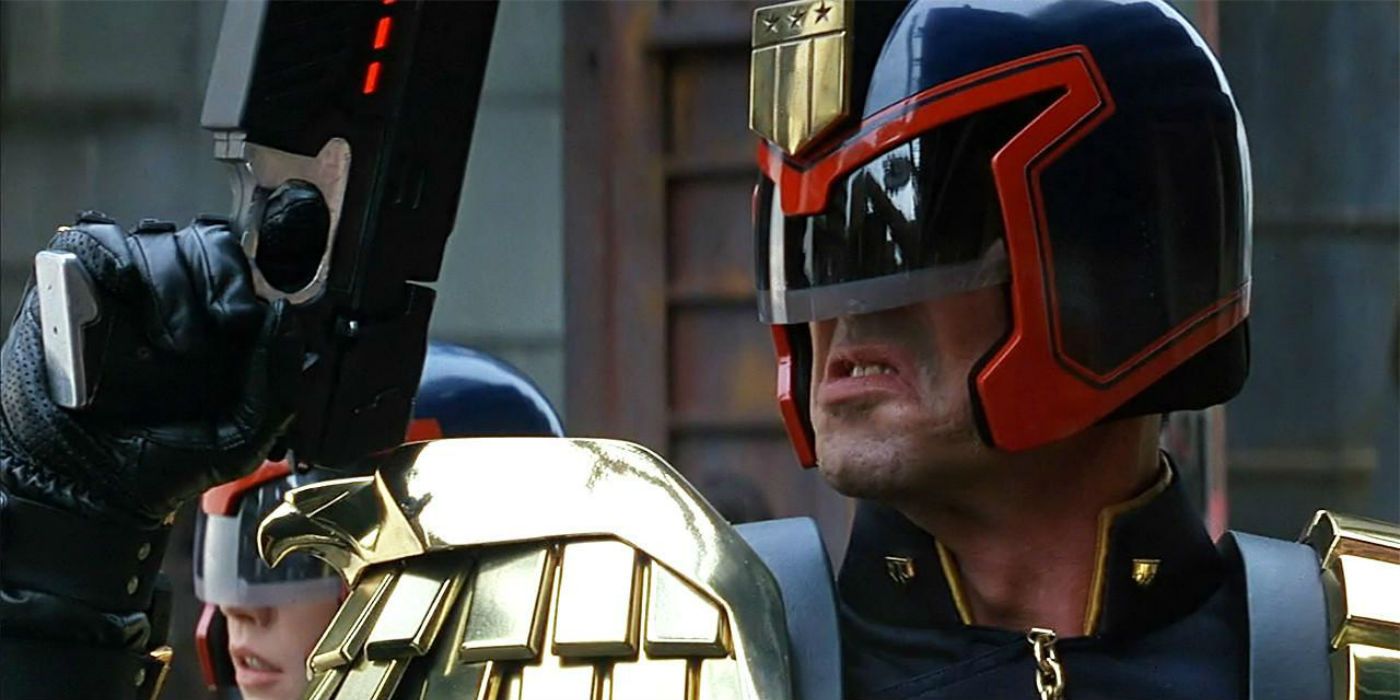 Directed by Danny Cannon and starring Sylvester Stallone as Judge Dredd, and Diane Lane as Judge Hershey, Judge Dredd follows a rather simple plot. Dredd is accused of murder and must fight to not only prove his innocence but defeat the person responsible for his setup. With a straightforward premise and boasting one of the biggest action stars of all time as the titular character from a comic series that oozes action out of every pore, Judge Dredd seemed like an absolute win on paper.

Unfortunately, Judge Dredd was widely regarded as a critical failure, despite bringing in $113.5 million dollars on a budget of $90 million dollars. The list of reasons why the film was panned as hard as it was are many. The most egregious sin the film commits is actually its most simple: showing Dredd’s face. Judge Dredd has never and will never reveal his face. Why? Because he is the law and the law is faceless. The law is objective and without feeling; Dredd is the walking incarnation of that rule. His identity is unnecessary for what his purpose as a Judge is. It’s understandable why Stallone wouldn’t want to take a leading role if he had to hide his face the entire film, but it was the single biggest strike against the spirit of the film’s source material.

RELATED: A New Judge Dredd Game Could Be HUGE If It Looked Like This

While the core premise of the film is simple, far too many other narrative threads and elements are crammed into its brief 96-minute runtime. The 1981 comic event “Block Mania” is referenced as vast sectors of Mega-City One are devolving into Block Wars. Judge Hershey is introduced as the stereotypical love interest for Dredd and Rico, Dredd’s cloned genetic “brother” is the primary antagonist of the film. The ABC Warriors, massive assault robots that debuted in their own self-entitled comic series, are introduced as weapons to be used by Rico. The Angel Family and Mean Machine, villains to Dredd, are introduced when Dredd is sent to the Cursed Earth. What could have been a rousing action movie with a plot friendly to newcomers of the franchise became a convoluted slide show of characters, locales, plot twists, and betrayals.

Overall, Judge Dredd was criticized for its stale script-writing and Stallone’s lackluster performance. For all of its explosive action and content, the film suffered from an uneven offering of hyper-violence and slapstick comedy. Stallone has expressed in retrospectives that he loved the potential of the film but admits that tighter focus and direction would have made the film much better. Lack of proper communication and a staunch difference in ideas between Cannon and Stallone resulted in the film discarding its original tone and adopting the lighter, more comedic approach that many viewers disagreed with. 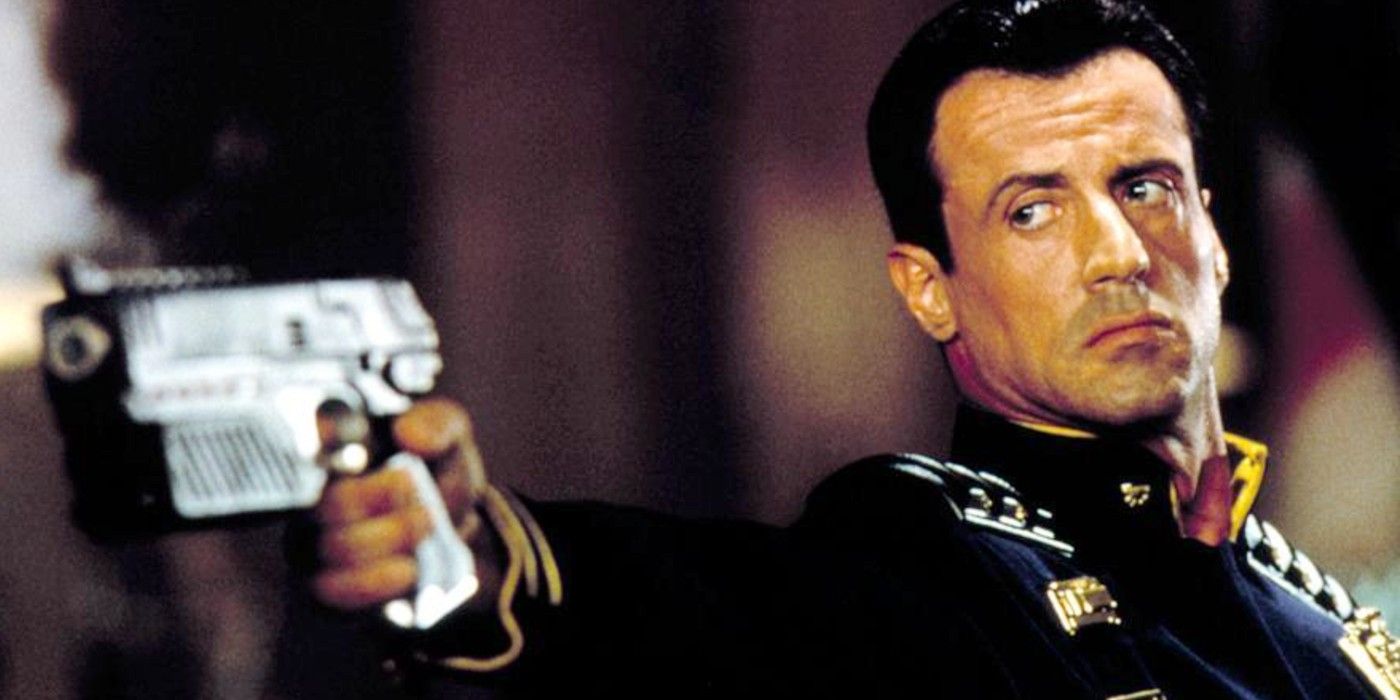 Despite its more glaring flaws, however, Judge Dredd does have many redeeming qualities. The production values of the film are fantastic, offering absolutely gorgeous panoramas of Mega-City One and the Cursed Earth. The practical effects are top-notch, with the ABC Warrior and Mean Machine especially being superb highlights in the film. The world in Judge Dredd drips style and atmosphere in every scene from its larger set pieces to the stand-in actors in the backgrounds. The film also inspired a 1995 video game of the same name that was released across multiple consoles and that even featured an expanded story past that of the film, even tying in Dredd’s most dangerous foes, the Dark Judges.

Looking back, Judge Dredd is a guilty pleasure action flick. Over-the-top action? Check. Dorky one-liners? Check. Obligatory 90’s era action tropes such as ending the film with a fist fight in the rain at the top of a building with one person inevitably hanging onto a ledge? Check, check, and check. A tighter script with a more focused tone could have turned Judge Dredd into a critical success, but for what it’s worth it’s a movie jam-packed with as many comic references and bullets as possible. While the 2012 Dredd film starring Karl Urban is widely regarded as the superior film between the two, Stallone’s 1995 performance still offers plenty of excitement and classic 90’s cheese for fans of the franchise.

Keep Reading: Wait, Are Dredd and Chronicles of Riddick Actually in the Warhammer Universe?