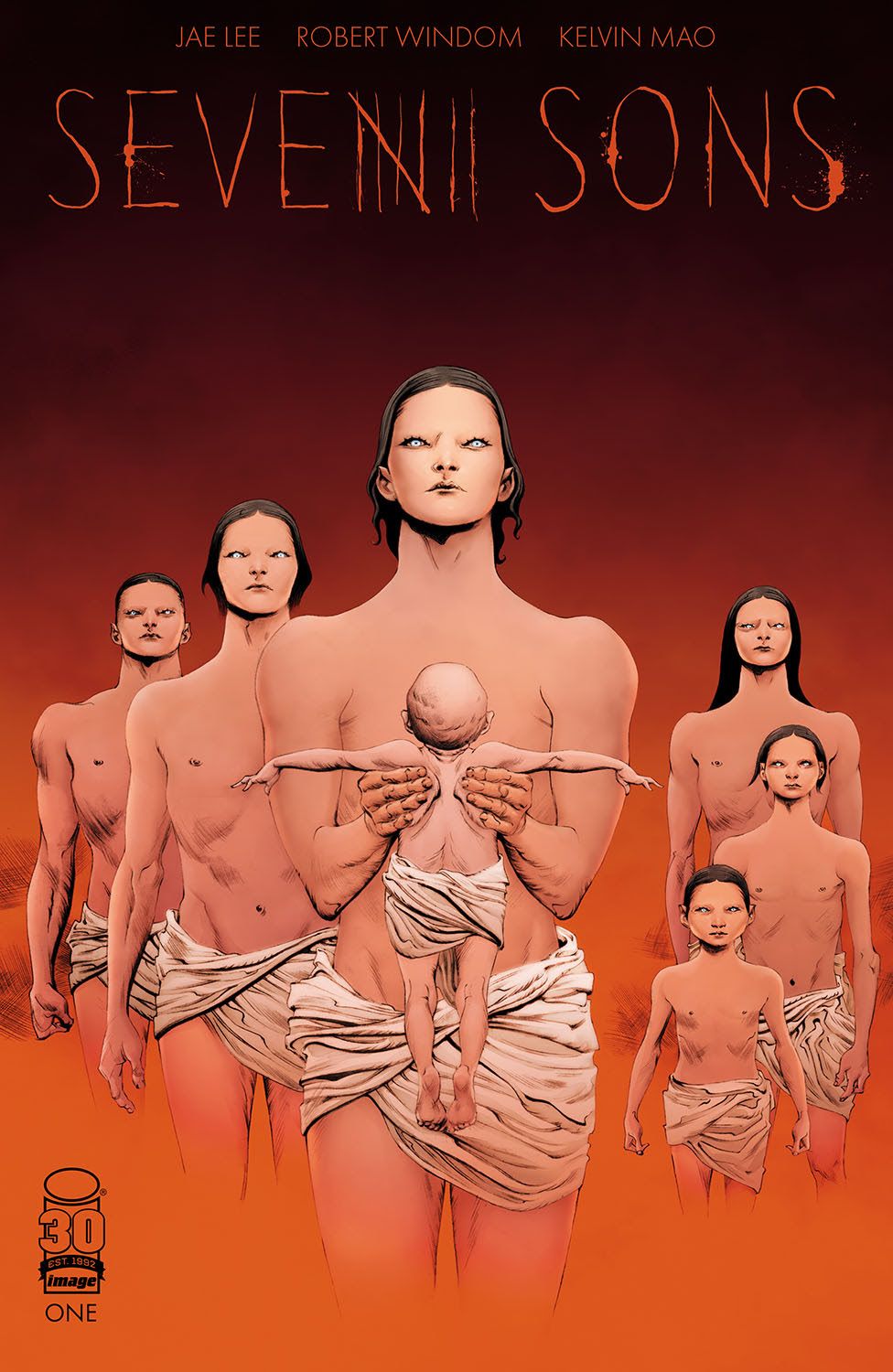 As prolific as artist Jae Lee is, fans might be surprised to learn that he hasn’t worked on a new creator-owned comic since 1994’s Hellshock. But now, Lee is teaming up with writers Robert Windom and Kelvin Mao for a new seven-issue series coming in June from Image Comics. Readers will be hooked from the start with Seven Sons #1, a fascinating, alternate history of the ’90s centered around the second coming of the son of God.

Unlike Mark Russell and Leonard Kirk’s comedic Second Coming series, Seven Sons seems to present a serious exploration of the consequences of the second coming. Set in New Canaan, a bizarre version of Las Vegas, in the ’90s — Seven Sons #1 introduces readers to the prophet Nicolaus and Lord Pergi on the day millions of people believe they will receive divine confirmation that Lord Pergi is indeed the son of God.  As believers around the world prepare to celebrate the momentous occasion, a silent figure wakes up in the street and begins wandering New Canaan, struggling to acclimate to the crowded city. 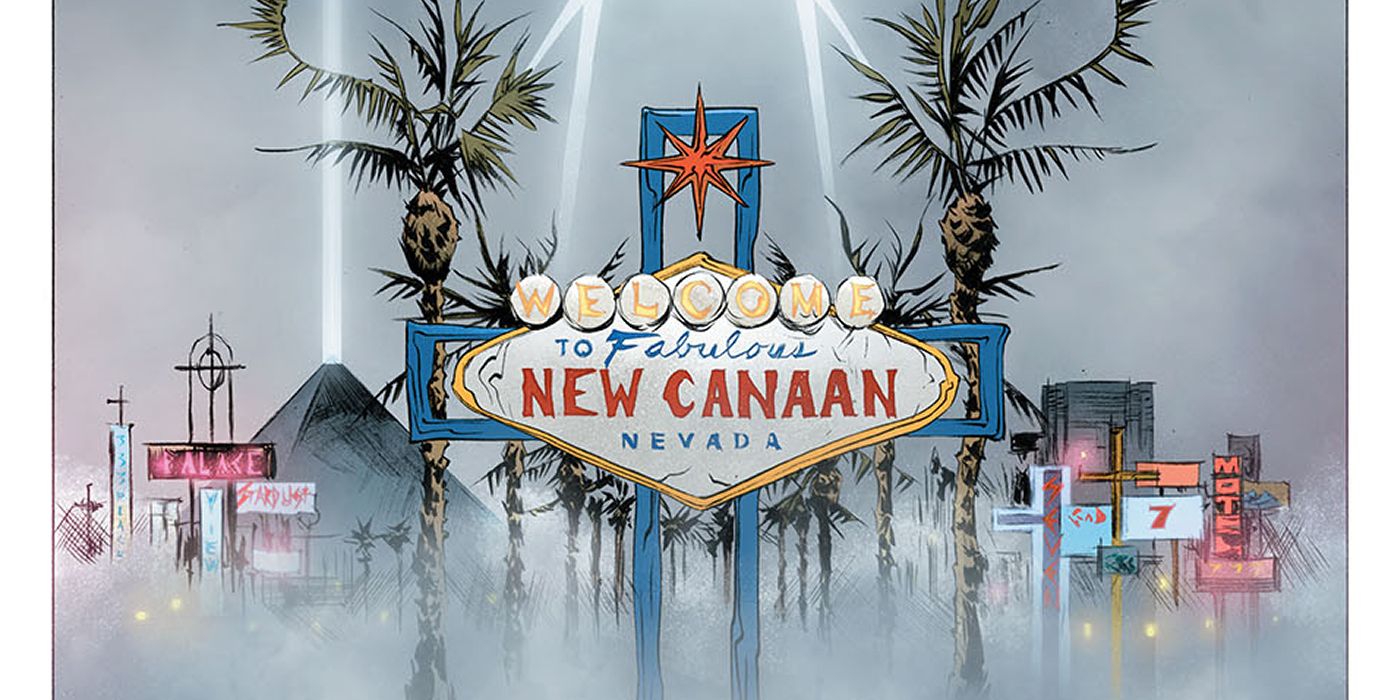 Windom and Mao control the pace of Seven Sons #1 masterfully. By bouncing back and forth in time, and alternating between characters, the writers cover an incredible amount of ground remarkably efficiently. As the reader learns more and more about the world of Seven Sons, new questions rise to the surface. It is difficult to know how sincere the prophet and his numerous publicists are, which adds to the overall mystery of the series, while also bringing ideas about faith and doubt to the front of the reader’s mind.  By setting the series in the past, Windom and Mao have created an opportunity to explore an alternate history of the world. Surely, the son of God would make an undeniable impression on the 21st century, and the writers have already established a willingness to move back and forth through time, so it will be exciting to see what the future holds for the world of Seven Sons.

Lee’s art matches the mysterious tone of Windom and Mao’s writing perfectly. He has crafted a crowded, foggy metropolis in New Canaan. It is easy to get lost in the abundance of pseudo-religious advertisements that adorn the city’s streets. Lee has designed a gorgeous and surreal version of Las Vegas that puts a holy twist on the glitz, glam and grit of the city of sin. Equally impressive are Lee’s character designs. Each of the seven sons could just as easily be seen as a messiah or a vagrant. This ambiguity adds to the overall mystery of Seven Sons #1, while giving some credence to the prophet’s claims. 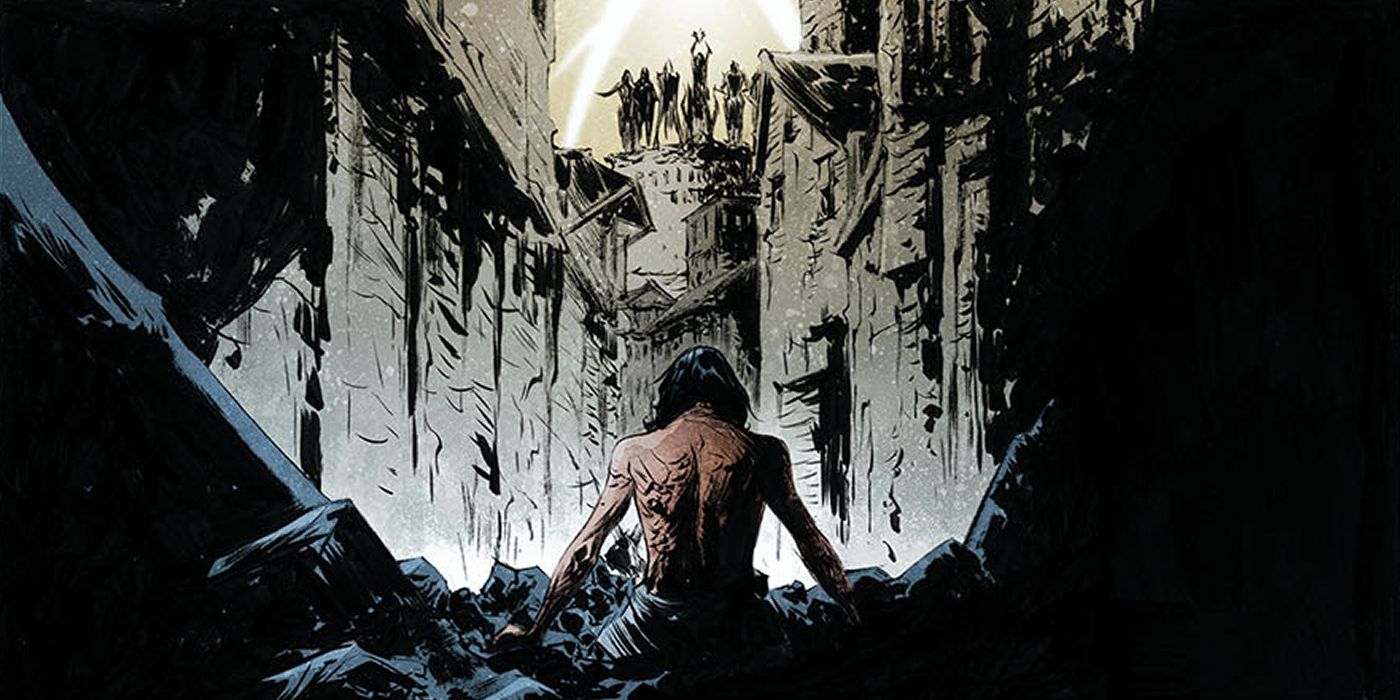 Seven Sons #1 is an exciting first issue that marks Jae Lee’s triumphant return to Image comics. The entire creative team works together excellently to produce an intriguing and thoughtful introduction to the series. Whether or not the seven sons are actually the reincarnation of Christ, they are absolutely fascinating. Fans looking for beautifully drawn speculative fiction will have a blast with Seven Sons.

Seven Sons #1 goes on sale from Image Comics on June 15.

Everything Everywhere All at Once Review: Failure Becomes Triumph in This Cinematic Cacophony