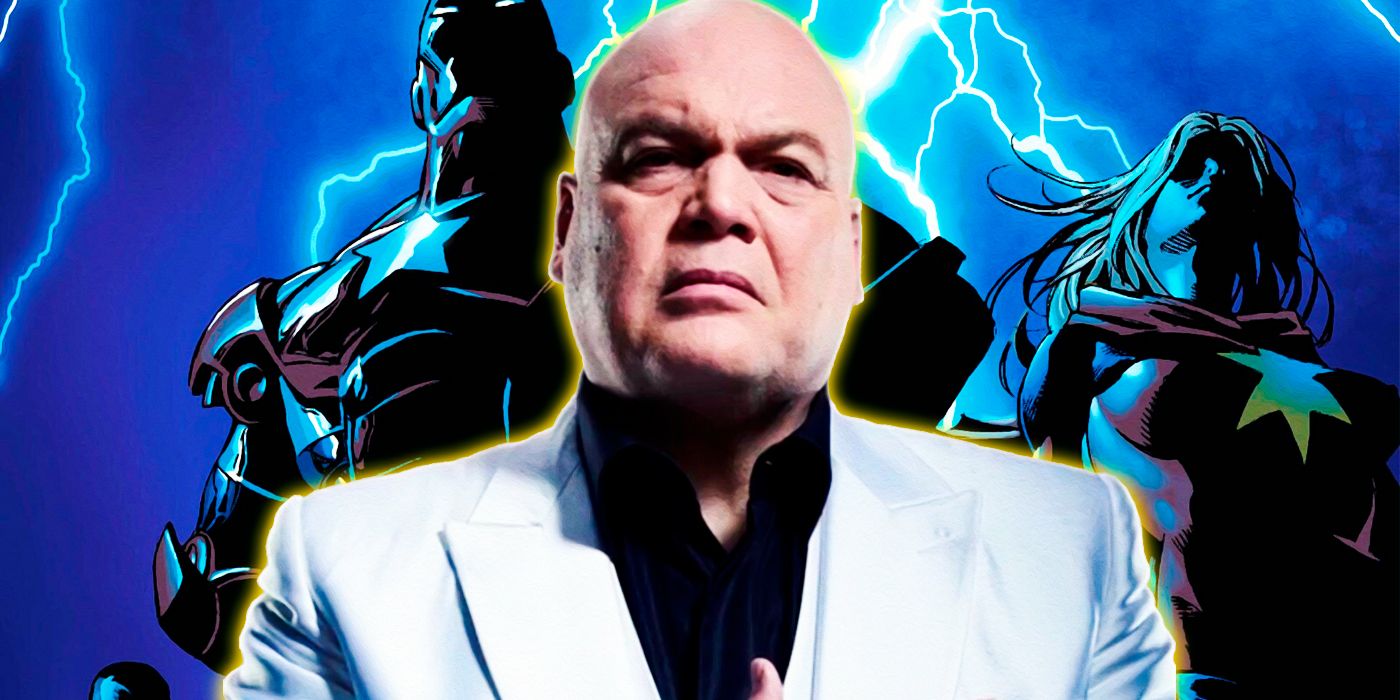 Ever since the two first stepped into each other’s lives, Daredevil and Wilson Fisk have shared one of the most vicious rivalries in the entire Marvel Universe. Thanks to Fisk’s recent ascension to the role of mayor of New York City, the former Kingpin of Crime has been able to work against his enemy largely unabated, although that hasn’t stopped Daredevil from throwing a wrench in his plans. Now that he has been driven to the brink, Wilson Fisk has rolled out the latest version of his Thunderbolts to deal with his superpowered problems head on, and they could very well be even worse than the Dark Avengers.

Wilson Fisk has made it no secret that his plans for the city primarily comprise of ridding it of its costumed vigilantes, yet doing so has proven to be nearly impossible. However, the power of political office has given the former Kingpin the authority to quell his enemies’ efforts through both litigation and force, culminating in the introduction of his brand new Thunderbolts team in Dark Reign #1 (by Chip Zdarsky, Marco Checchetto, Marcio Menyz, and Clayton Cowles). While Fisk’s version of the team seen during Knull’s invasion is still very much in action, they have been supplemented with what is effectively an army of their own. It doesn’t take long for both of these forces to start facing off against the city’s heroes, and that might just be what tears NYC apart. 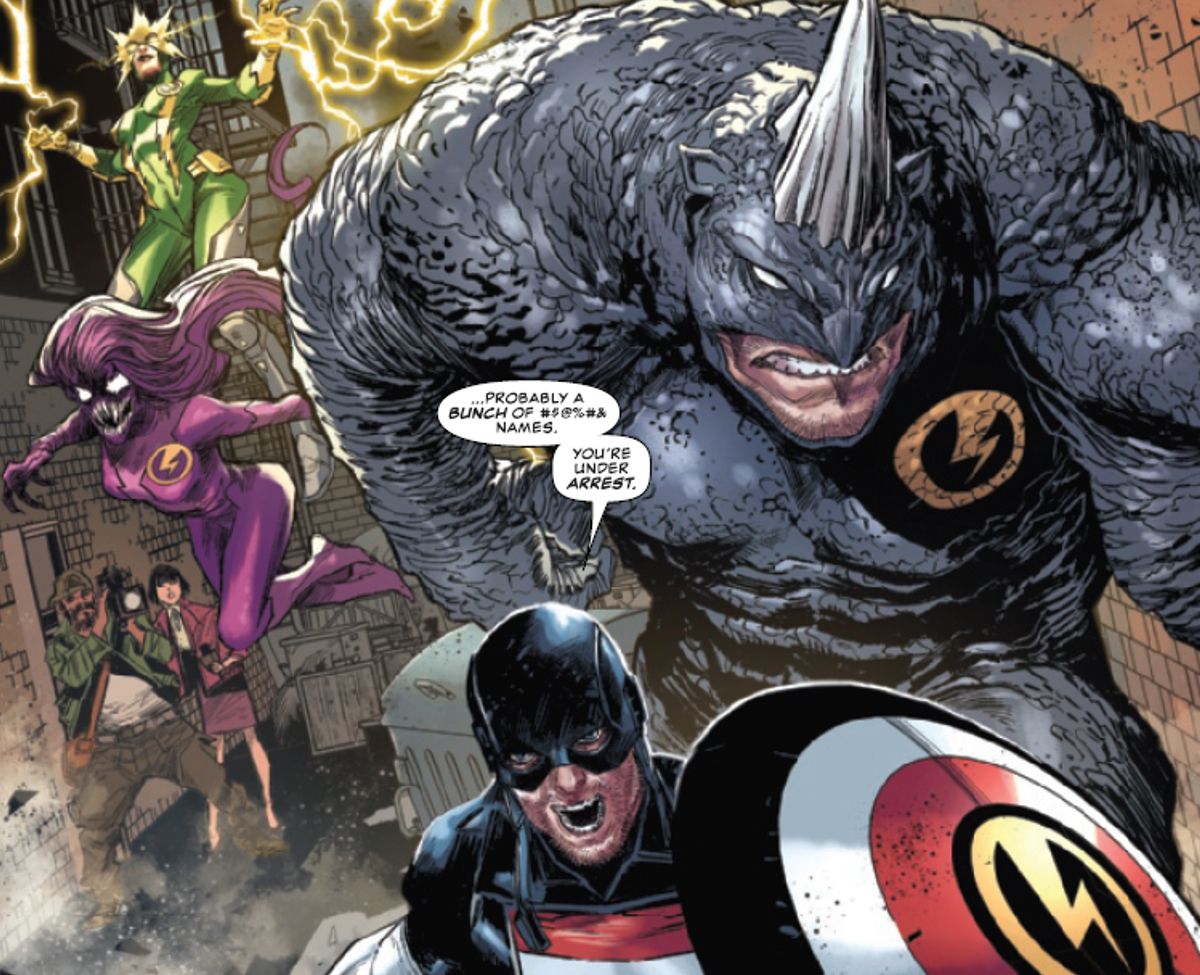 While the likes of the Rhino and U.S. Agent battling Moon Knight is par for the course, seeing a squad of heavily armed soldiers arrest Miles Morales as the teenage hero is in the middle of saving lives from a burning building crosses too many lines to count. When the Thunderbolt Unit attempts to take Captain America in as well, there is nothing left for the Sentinel of Liberty to do but let his shield fly in the face of Fisk’s goons. Before the fight can break out in full, even more heroes arrive to lend a hand, even if they are forced to retreat from the ever growing police presence. As bad as the situation seems, this isn’t the first time that the likes of Captain America and Spider-Man have been driven underground, although this fight is worse than almost anything they have faced before.

This certainly isn’t the first time that a villain with political power has used their office to wreak unchecked havoc on the Marvel Universe, but it is poised to be the worst instance of such an occurrence. When Norman Osborn took over as the face of world security following the Skrull invasion, one of his first acts was to assemble his own team of Dark Avengers. Comprised of classic villains such as Bullseye and Daken posing as their heroic rivals, the Dark Avengers tackled all manner of threats while constantly posing one themselves. As mighty as they were, Osborn’s team never had the same air of legitimacy surrounding them that Wilson Fisk has garnered as mayor, nor were they ever as open about their more violent operations. 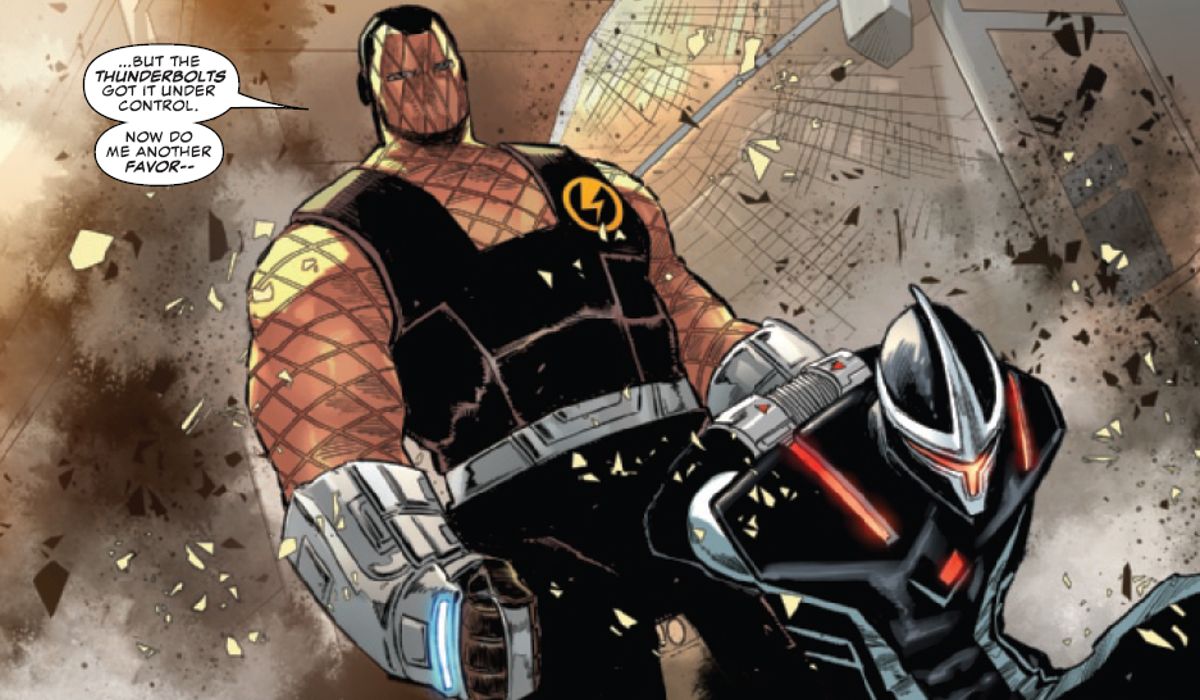 When the Thunderbolt Unit came for Miles, it was clear that the first responders on the scene weren’t on the same side as Fisk’s new police force, nor were the New Yorkers who watched Luke Cage and Jessica Jones take on the Shocker in broad daylight. Not only did the Shocker’s attempt to bring the heroes in result in civilians being harmed, its finale was caught on film by dozens of bystanders.

If Wilson Fisk doesn’t find a way to rein in his Thunderbolts, it won’t be long before they create a bigger problem for him than any superhero or vigilante ever did, especially if it leads to the same people who voted him into office battling against him in the streets.