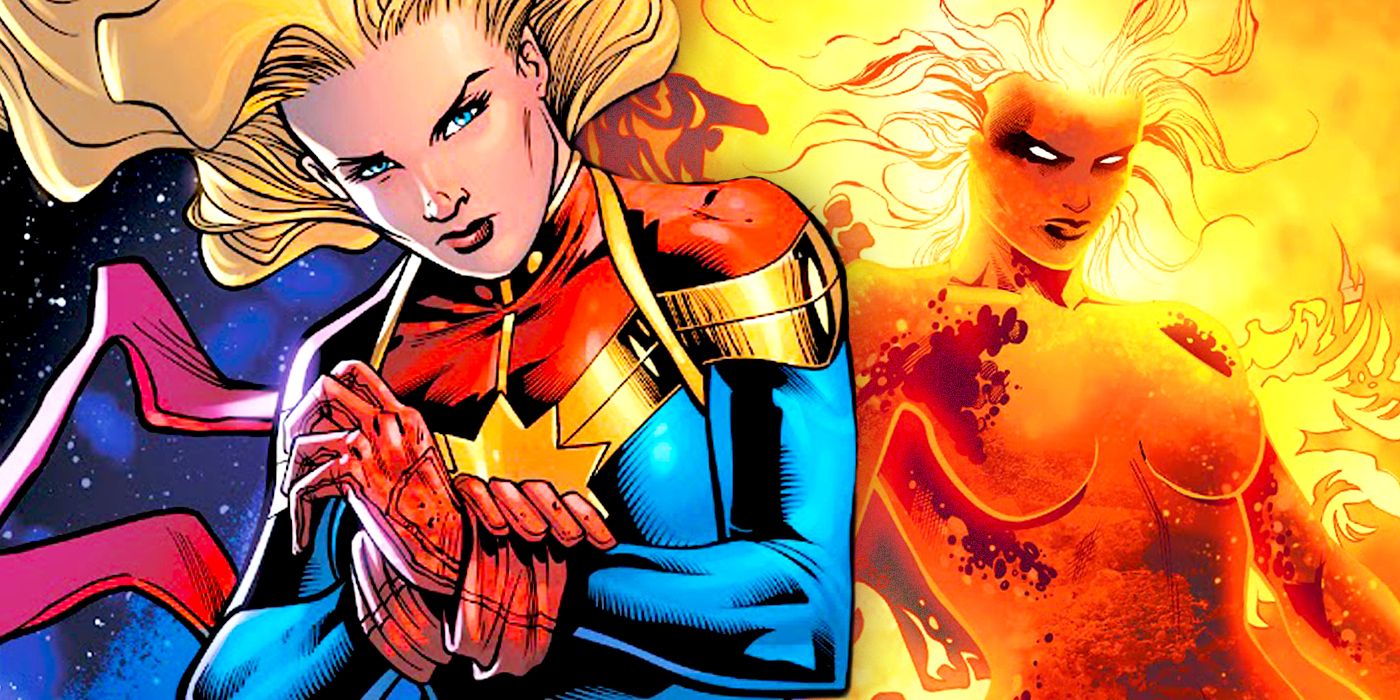 Of all the cosmically charged heroes in the Marvel Universe, Carol Danvers has long been among the most iconic no matter what form she takes. Over the years she has undergone more than a few rebranding attempts, often accompanied by incredible changes to her powers as well.

Now that the stakes are higher than ever, Captain Marvel has pushed her abilities more than ever, leading to yet another shocking transformation. Though the timing couldn’t have been more perfect, there is still no telling what this actually means for Carol’s future, and from the looks of things, it may not be anything good. 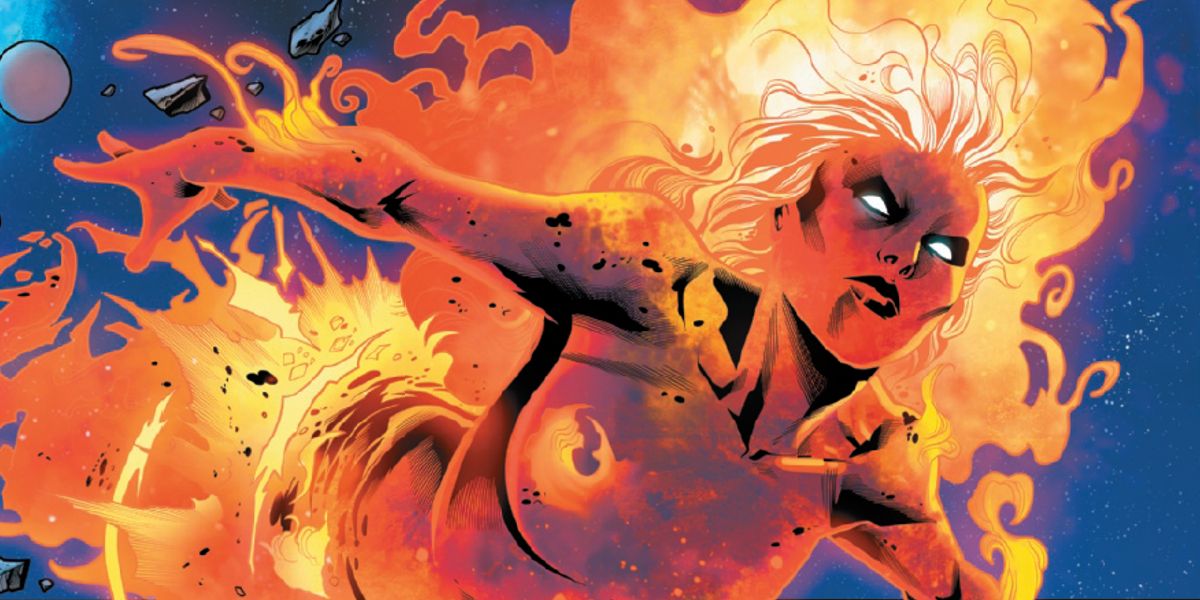 When Captain Marvel confronted Vox Supreme, she was quickly subdued before being set adrift among the stars in a seemingly impenetrable cage. Having seen previously the way in which Monica Rambeau was able to phase through the black suits Vox Supreme has been using to bend the Marvels to their will, Carol decided to try something similar with her own abilities. Though using her powers has always been instinctual, all it takes is enough focus for her to unleash a burst of energy the likes of which has never been seen from Captain Marvel, yet which she immediately recognizes as a near perfect effigy of herself back when she used a different superpowered moniker – Binary.

It was all the way back in 1982’s Uncanny X-Men #164 by Chris Claremont and Dave Cockrum that Carol Danvers made her first appearance as Binary, after her Kree genetics were supercharged by brutal torture at the hands of the Brood. As Binary, Carol was undoubtedly at her most powerful, so much so that it took recharging the Earth’s sun itself for the majority of those powers to finally wane. Though her time as Binary didn’t last forever, the impression it left on Carol was profound, and it might be good cause for concern in the present. The blazing visage of Carol seen in the pages of Captain Marvel #34 by Kelly Thompson, Sergio Davila, Sean Parsons, Jesus Aburtov, and VC’s Clayton Cowles is quick to free her from Vox’s trap, but once they’ve come face-to-face, it becomes clear that this extension of her powers is at least a little bit more than that. 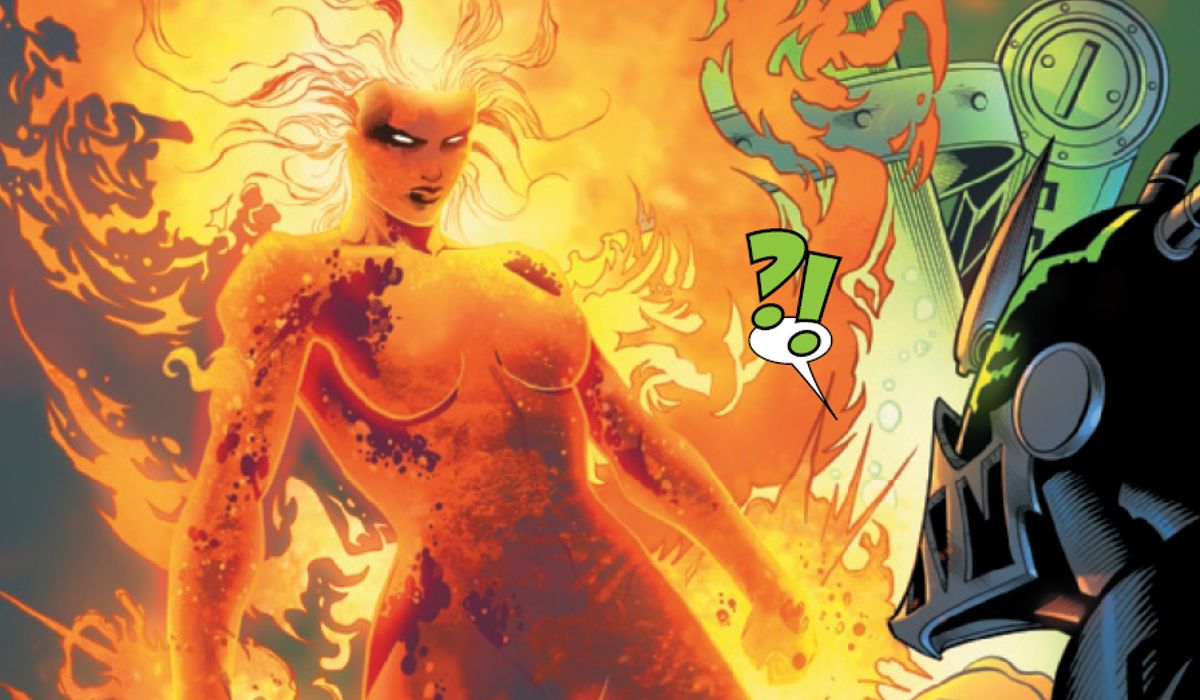 As she takes in the sight of it, Carol can’t help but want to reach out to her burning other, even though she realizes it is only energy before it fades back into her own body. After being captured yet again, Carol sends this searing reflection of herself out once more, this time with it standing poised to battle Vox Supreme on her behalf.

Unfortunately, no matter which way that battle goes, Captain Marvel will still have to worry about what else her other self is capable of. Presumably, Carol is far weaker than normal while such vast amounts of her energy are taking on a life of their own. There still isn’t any clear indicator of whether or not it has any sentience beyond whatever purpose Captain Marvel gives it, nor if it could be turned against her just like so many other Marvels have been by Vox Supreme.

If Carol’s other half was weaponized against her by its own volition or by force, there is no telling how or if she would have any way of stopping it. On the other hand, with the position she is in, Carol doesn’t exactly have a whole lot of options. Letting a burning Binary run rampant has at least caught Vox Supreme off guard, and with any luck it will prove to be enough to put an end to their villainous plot. Here’s hoping it can do so without becoming Captain Marvel’s next biggest problem in the process.

Farewell to Legends of Tomorrow: The Little Show That Could

Mortal Kombat 2 Writer Wants the Story to be “Unpredictable”