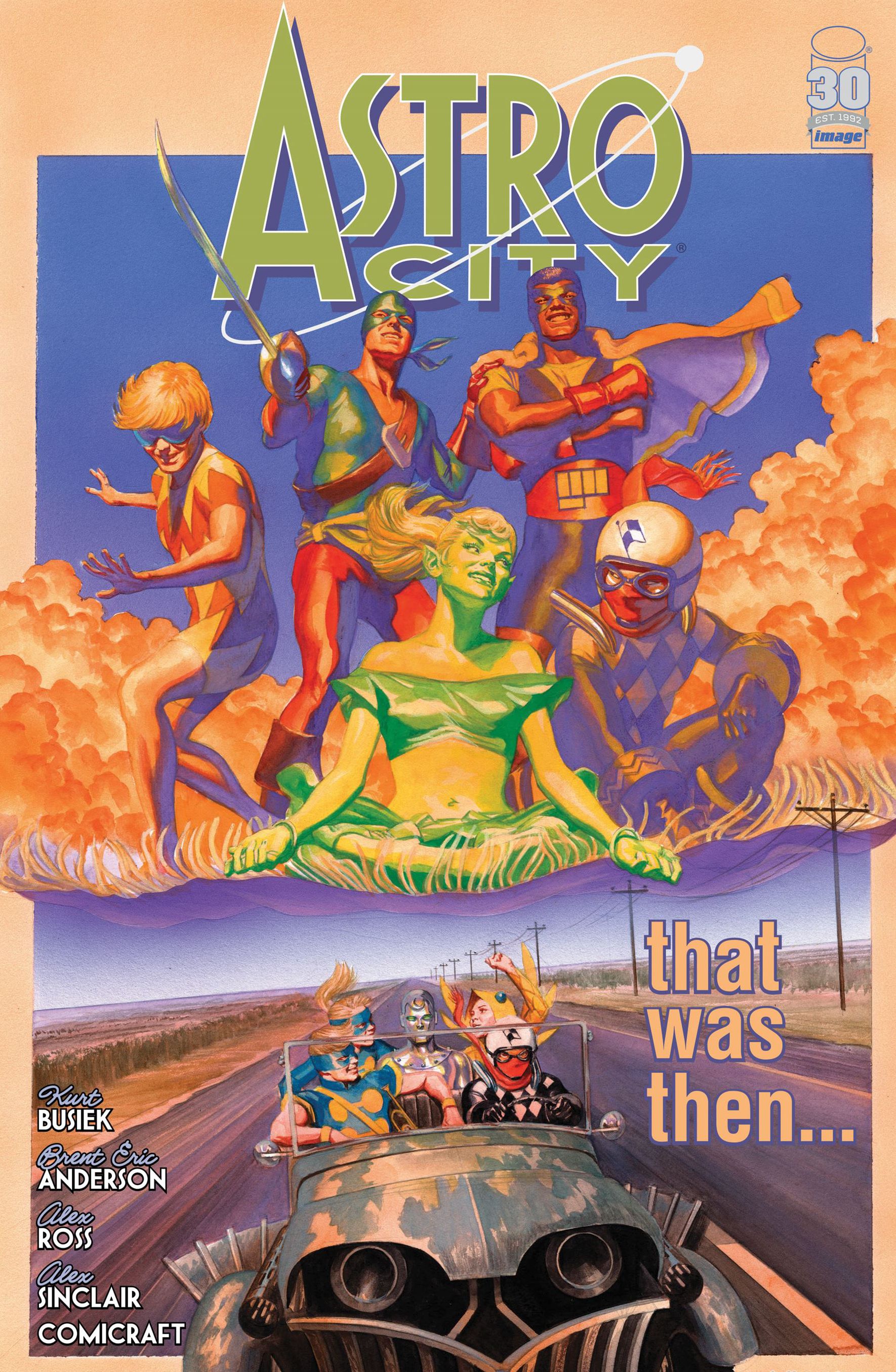 Since 1995, Kurt Busiek and Brent Anderson have been crafting an ever-expanding superhero mythos in Astro City. Now, after a lengthy run with DC comics and a substantial hiatus, the series is returning to its original home, Image Comics with a brand new one-shot story. Astro City: That Was Then… introduces fans to several new heroes and introduces an intriguing mystery that will appeal to new readers and Astro City veterans alike.

The majority of Astro City: That Was Then… takes place in 1969 when a group of young heroes embarks on a road trip to clear their heads and help them process their grief after the deaths of the Jayhawks — another team of teenage crime fighters. As they sit around the campfire, they can’t help but dwell on the tragic loss of their comrades and their uncertain futures. The one-shot issue explores the history of the Jayhawks, before jumping forward to the present day, where a world-weary Samaritan reflects on the state of the world. 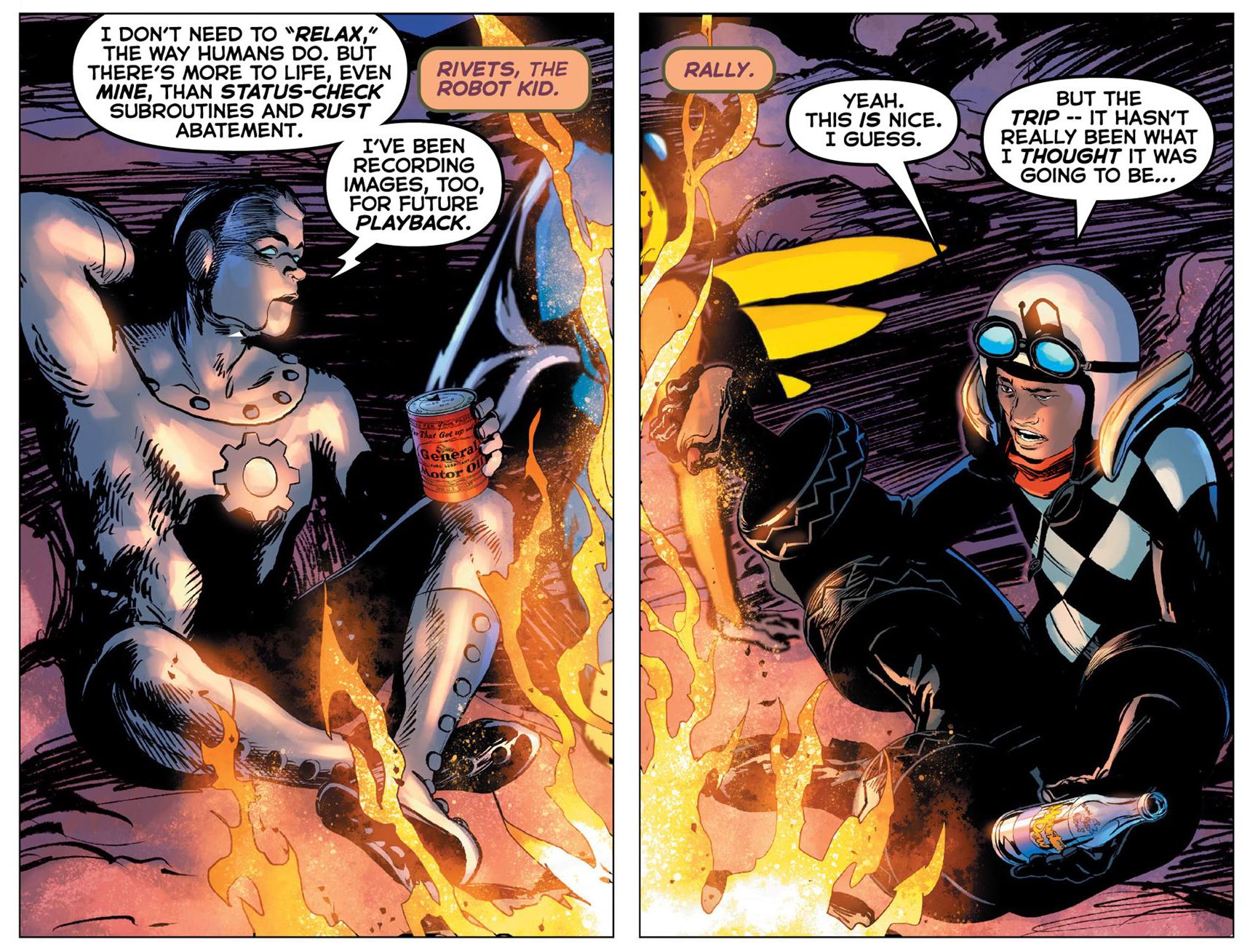 While longtime fans of the series will certainly recognize a familiar world and tone in Astro City: That Was Then… — Busiek does a masterful job making this issue accessible to new readers. Samaritan makes an appearance, but for the most part, this issue takes place before the rest of the series, making it a spoiler-free read for folks looking to get into the series. The Jayhawks are emblematic of Astro City. While their history is grimmer and more grounded than readers might expect from a story about teenage superheroes, Busiek avoids becoming cynical or bitter. Even in its darkest moments, Astro City: That Was Then… maintains a hopeful and righteous tone. As compelling as the Jayhawks are, the surviving heroes are just as intriguing.  In spite of their powers, they are filled with anxiety and doubt as they approach adulthood. Seeing them struggle with these everyday issues makes them easy to empathize with and fun to root for.

Alex Ross’s character designs for the new heroes are pitch-perfect. Each of the Jayhawks looks like they are pulled from the pages of Golden Age Charlton Comics. They are fun and campy without being parodies of themselves. Brent Anderson puts these designs to good use on every page of Astro City: That Was Then… The loud nature of each costume helps make every scene visually engaging, even when much of this issue revolves around a somber conversation and a funeral. But, beyond the costumes, Anderson really captures each character’s emotions. Readers can see the tension between characters before anyone says a word, adding a natural pace to the otherwise otherworldly story. 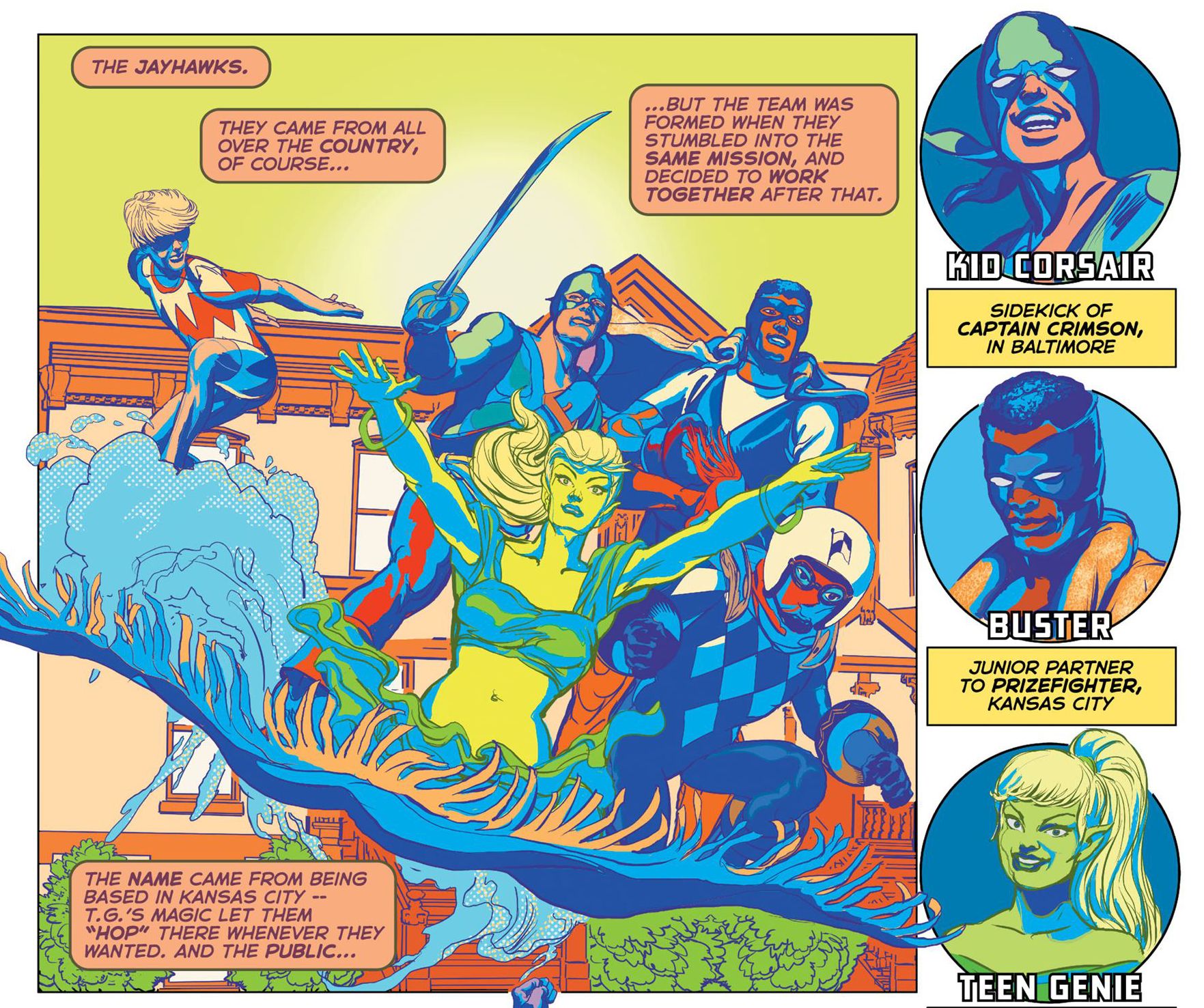 The triumphant return of Astro City is definitely something to celebrate. Busiek, Anderson and the rest of the creative team haven’t missed a beat. Each creator clearly pushes the other to reach new heights. Astro City: That Was Then… introduces at least one new mystery and a whole cast of unique characters, proving that Busiek’s world contains a limitless number of stories, each more entertaining than the last.

Attack on Titan Promo Teases Major Reveals in Next Episode