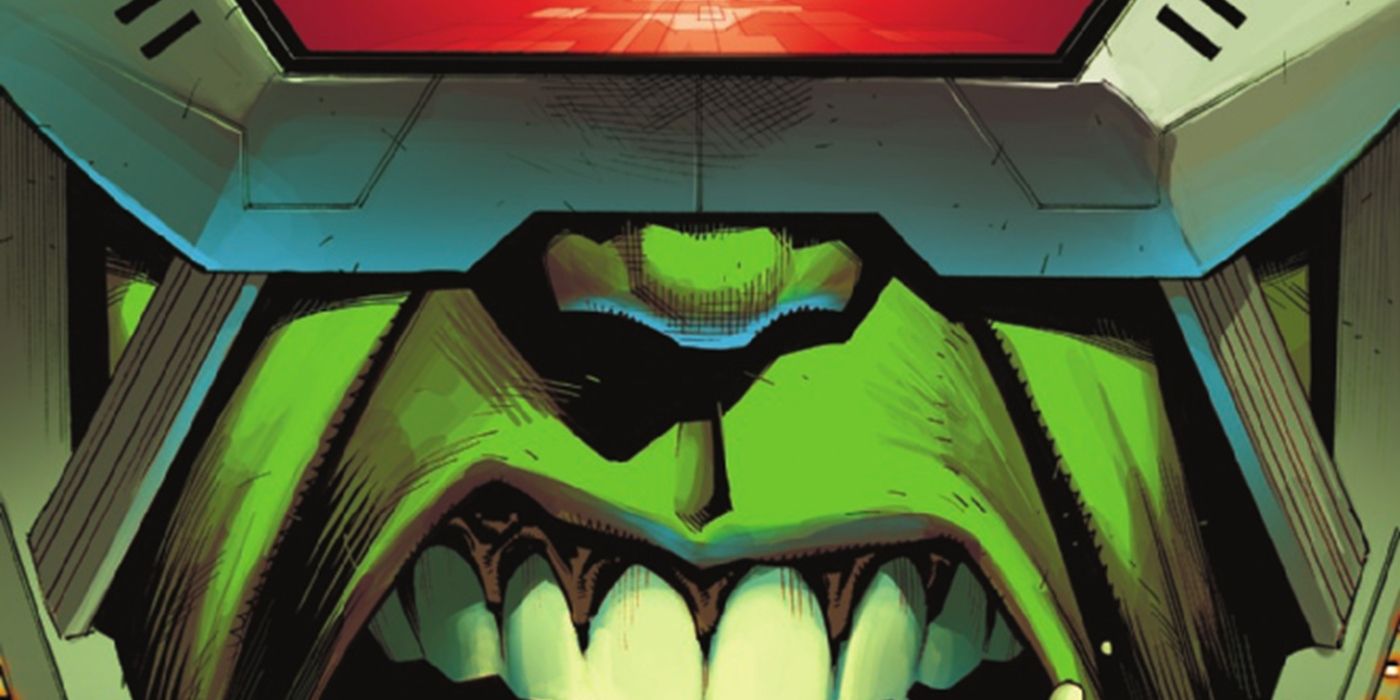 WARNING: The following contains spoilers for Hulk #2, on sale now from Marvel Comics.

Thanks to his history as one of Marvel’s most uncontrollable heroes, it’s not surprising at all to see the Hulk develop animosity with other major heroes. But it looks like there’s one particular hero who naturally enrages him in a way others don’t.

Hulk #2 (by Donny Cates, Ryan Ottley, Cliff Rathburn, Frank Martin, and VC’s Cory Petit) reveals that one particular hero enrages the Green Goliath more than any other: Wolverine of the X-Men. 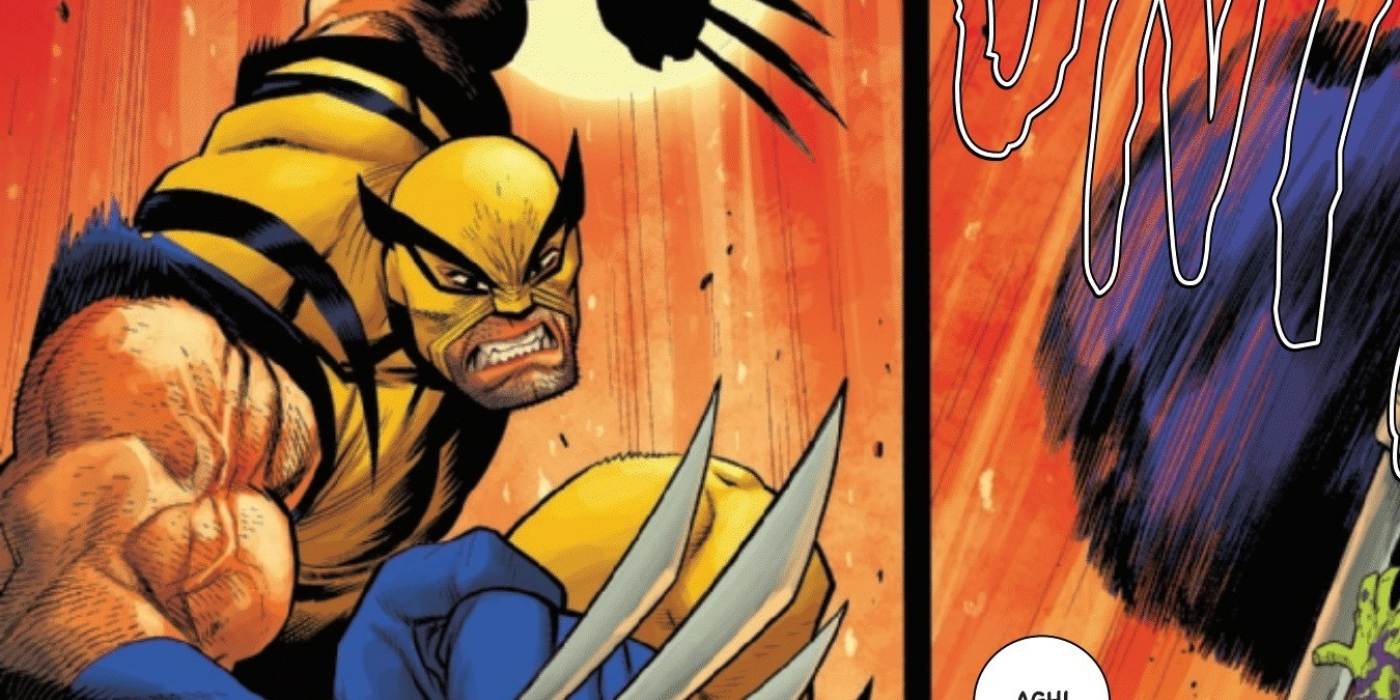 The Hulk’s place in the Marvel Universe as one of Earth’s most destructive heroes means he’s had plenty of throw downs with powerful icons, with some of his longest-running rivalries being with fellow Avengers Thor and Iron Man and the Fantastic Four’s Thing. But perhaps his most vicious animosity among the rest of the superhero community has been with the X-Men’s Wolverine. The feral mutant made his debut fighting the Hulk before he ever joined the mutant team in the classic Incredible Hulk #180-181 (by Len Wein and Herb Trimpe), throwing down with the Jade Giant and Wendigo at the same time. The two have come to blows multiple times since over the years, with their rivalry carrying over to other realities like Old Man Logan and the Ultimate Universe.

It turns out that the Hulk’s hatred for Wolverine is so deep-seated inside the monster’s conscious that confronting the mutant is one of the ways Bruce Banner can easily instigate pure rage out of the Jade Giant. In the current Hulk series, Bruce Banner has discovered a way to control his other half akin to a starship, allowing Banner to pilot around the Hulk’s body while the creature’s persona is trapped within his mind. The “fuel” for the Hulk’s body is his rage, which Banner controls by unleashing various levels of enemies to fight the monster. The first level has been revealed to be the United States military, while the second is a wave of monsters led by Fing Fang Foom. But the third level — which Banner admits is dangerous to access — produces a giant representation of Wolverine for the Hulk to fight.

RELATED: Marvel Revealed The One Way To ‘Stop’ Hulk – But It’s Not What You Expect 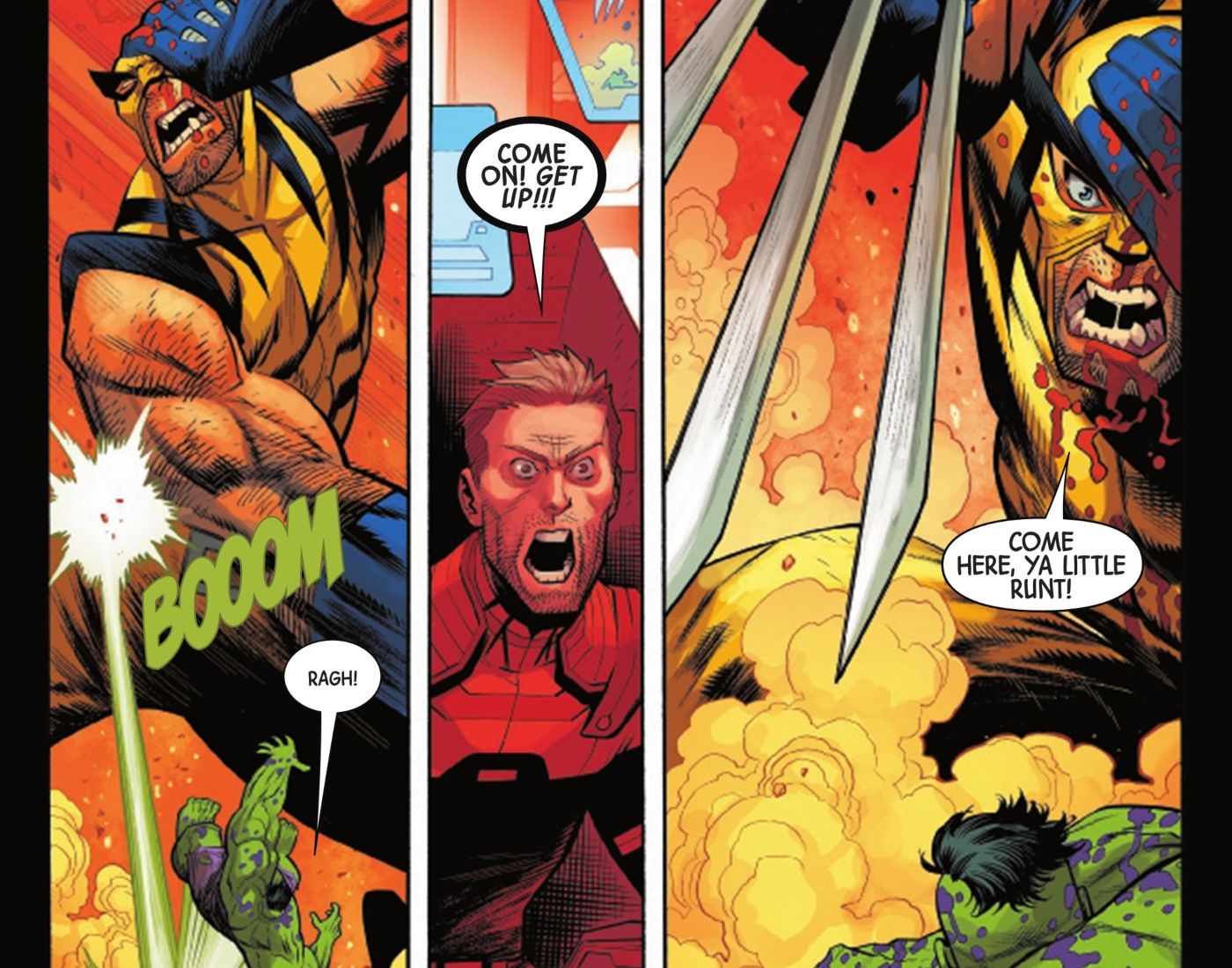 Notably, this giant-sized version of Wolverine incites a furious response from the Hulk, and is wearing the distinct masked version of the mutant’s costume that he wore in their first confrontation. Despite seemingly being aware that this isn’t the real version of the raging mutant, the Hulk is still eager to fight his fabricated opponent. After punching out one of his eyes, the Green Goliath breaks off one of Wolverine’s claws and uses it to stab him in the chest, violently destroying the avatar and ripping out its guts, proving that in the Hulk’s mind the X-Man is the most hated one of all.

While it’s possible that the higher engine levels in the Hulk’s mind might reveal other heroes that he despises even more, it’s notable that not even the United States army — one of the Hulk’s most consistent foes since his debut — can compare to how much the Hulk is enraged at seeing this representation of Wolverine. While Hulk makes quick work of the monsters who attack him, he seems to take genuine pleasure in ripping his nemesis apart. With the Hulk embracing a darker path that’s already seen him seriously injure Iron Man and stand up against the entire roster of the Avengers, perhaps it’s a good thing that Wolverine is on Krakoa and out of the path of the monster who relishes in unleashing untold levels of brutality on the mutant hero.

The Flash Recap With Spoilers: Here’s Everything You Missed in “Armageddon, Part 4”