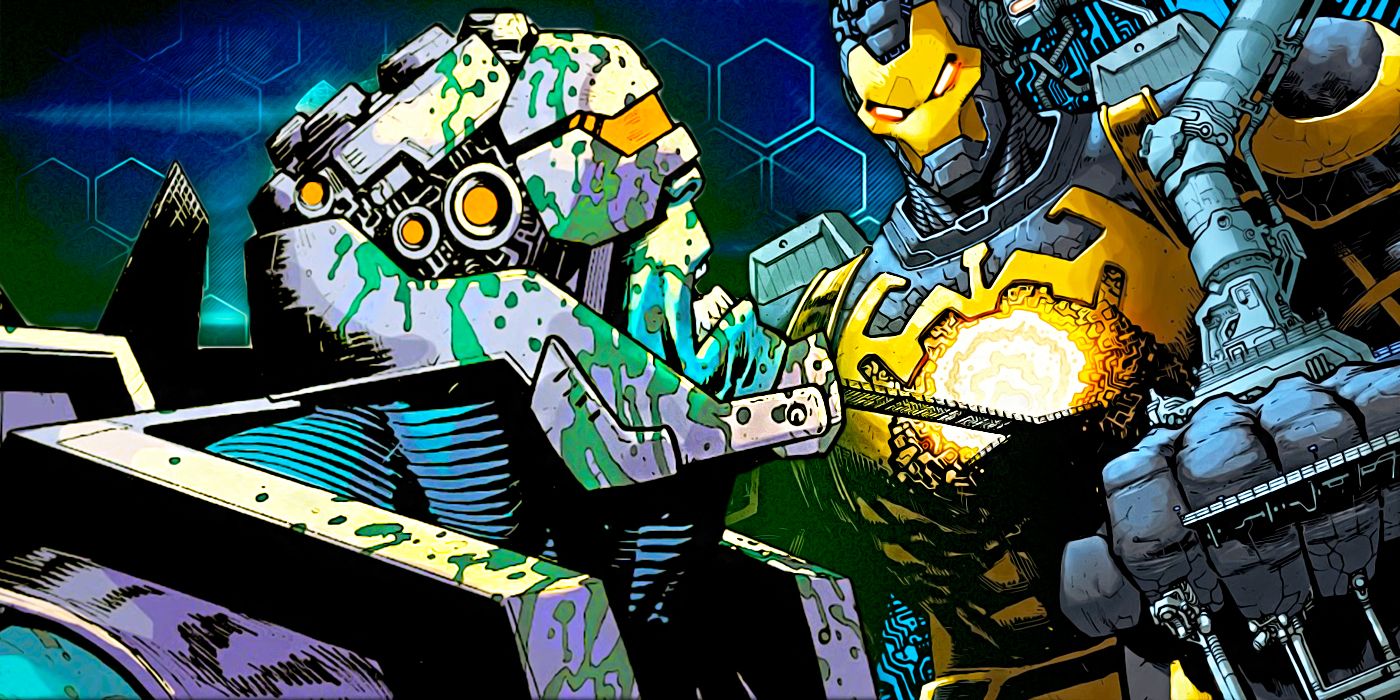 While readers have just recently seen the saga of the Immortal Hulk come to its end, a new era for the titular hero has just begun, with Bruce Banner leading the way. Unfortunately, the Hulk’s meeker alter ego has proven to be just as much a monster, if not even more so, as the once mild-mannered Banner is now cutting a brutal swathe through anyone who gets in the way of his own goals. At the moment, those goals just so happen to lie with one of Tony Stark’s greatest creations. Unfortunately, there is no telling what Bruce has in store for Tony’s Celestial armor, nor is there any hope of stopping him.

When Bruce Banner finally managed to take complete control over his own mind and body following some unexplained yet tragic incident in El Paso, he didn’t just cage the Hulk. Instead, he found a way to weaponize the Hulk, effectively transforming the unstoppable brute into a living suit of unbreakable armor. Now that he is in charge, there is nothing that could possibly stand in the way of his plans, which just so happen to begin at an old Stark Tech facility deep in the mountains of Wundagore.

Once confronted, Bruce easily smashes right through every Iron Man, both drone and real, before coming face-to-face with the most amazing suit of armor that Tony Stark has ever created. The Celestial-Buster armor isn’t just a monument to Earth’s triumph over Knull’s invasion, however, it may very well be the worst thing that could have fallen into Bruce’s hands.

RELATED: Did Marvel Just Turn Hulk Into… a Meat Gundam? 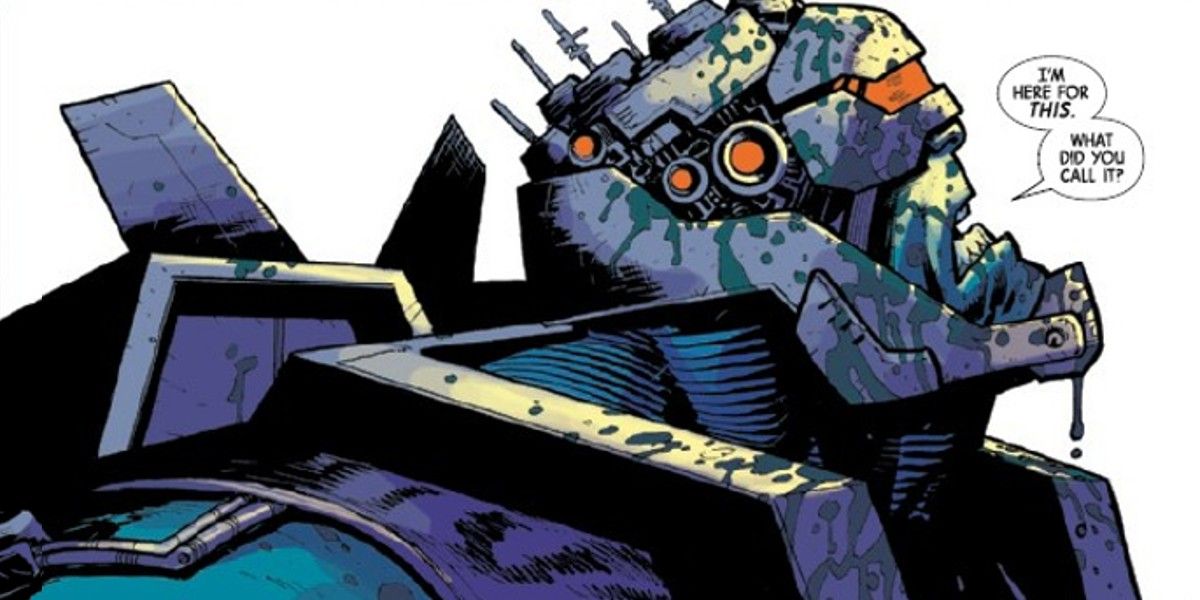 When Knull launched his assault on our world, his army of symbiote dragons was only the precursor to the arrival of his symbiote infested trio of dead Celestials. While the Sentry was able to fell one of these massive threats at the outset of the battle, it fell on Iron Man to deal with the rest in the pages of King in Black #3, by Donny Cates and Ryan Stegman. Turning to the armor he had already created by rewriting one dragon’s DNA with Extremis, Tony likewise infected one of the remaining Celestials to turn on the other. In the moment it was one of Iron Man’s most astounding achievements, but as Hulk #1 by Donny Cates, Ryan Ottley, Frank Martin, and VC’s Cory Petit has just revealed, the ‘Celestial-Buster’ has become much more than that in the time since.

What once stood tall as a Celestial menace now bares a striking if unsurprising resemblance to the rest of Tony’s armored arsenal, albeit hundreds of feet taller. Nestled deep within the Wundagore mountains and sporting a glowing gateway in its sternum, the Celestial armor has been repurposed into Project: A.R.K., Tony Stark’s very own way to transport the world’s population into a safe pocket dimension in the event of another King in Black sized threat. Of course, its very existence is indicative that the repercussions of Knull’s attack are still being felt on a daily basis. From the A.R.K. to his Extrembiote suit, not to mention the displaced symbiotes now stranded on our world, Earth has become home to countless remnants of Knull’s rule, and Bruce Banner has just claimed the biggest of them all for himself.

RELATED: Hulk’s New Villain Is His ‘Weakest’ Enemy – And Marvel’s Most Powerful Threat 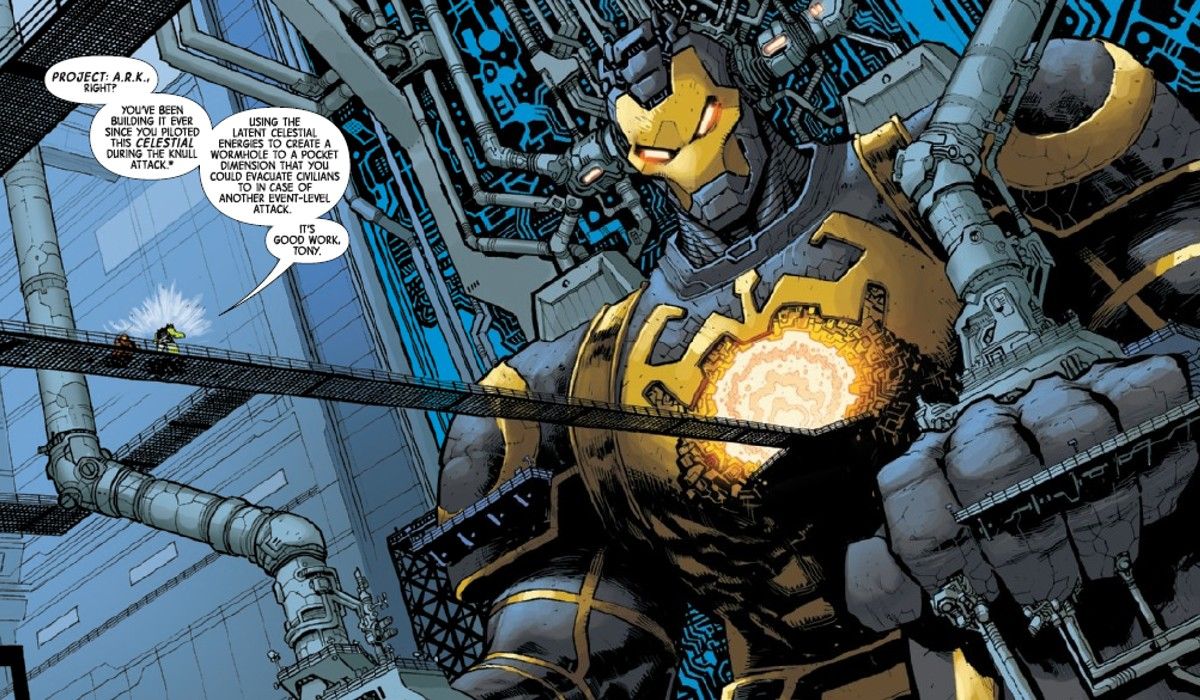 This isn’t the first time such relics have been given new life by the survivors who came across them, as places carved from dead Celestials such as Knowhere and the Gauntlet still dot the cosmos, though it is the most impressive transformation any have undergone so far. The fact that a mad Bruce Banner has also beaten Iron Man to his own untested, unproven device could make Project: A.R.K. the most dangerous of them all.

Then again, there is no telling just what secrets this dead Celestial holds, though they are sure to be just as Earth shattering as any other. With any luck, whatever the other side holds won’t make the Hulk any deadlier than he already is.