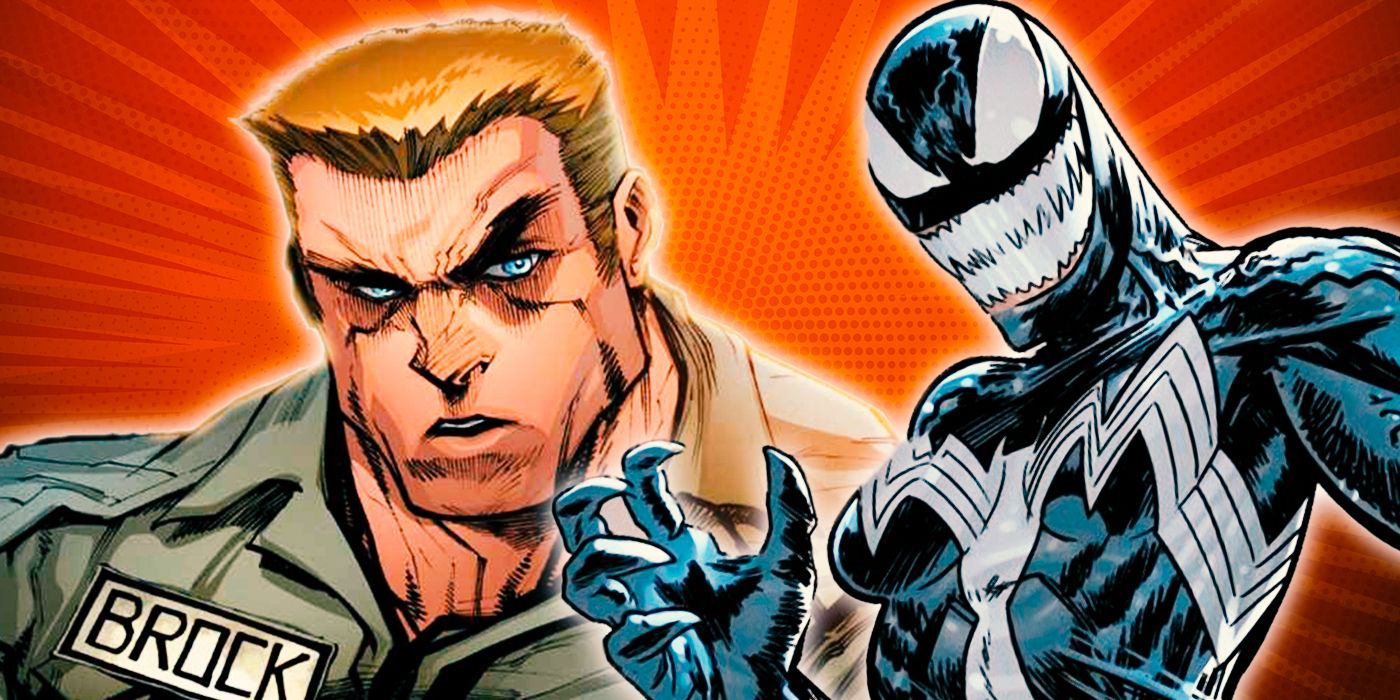 Venom began life as a deadly foe to Spider-Man, the fusion of the vengeful symbiote Peter Parker acquired during Secret Wars and Eddie Brock. Finding him on the verge of committing a terrible act, the symbiote gave Brock a new lease on life and set him up to become a crucial player in the future of the core-Marvel Universe of Earth-616 — even  becoming a genuine hero.

But other worlds in the multiverse were not so lucky. The reality introduced in “Venom Beyond” by Donny Cates and Juan Gedeon from Venom #26-30 was a decidedly dark one, made all the worse for its lack of Eddie Brock following a fateful decision the night of his origin. 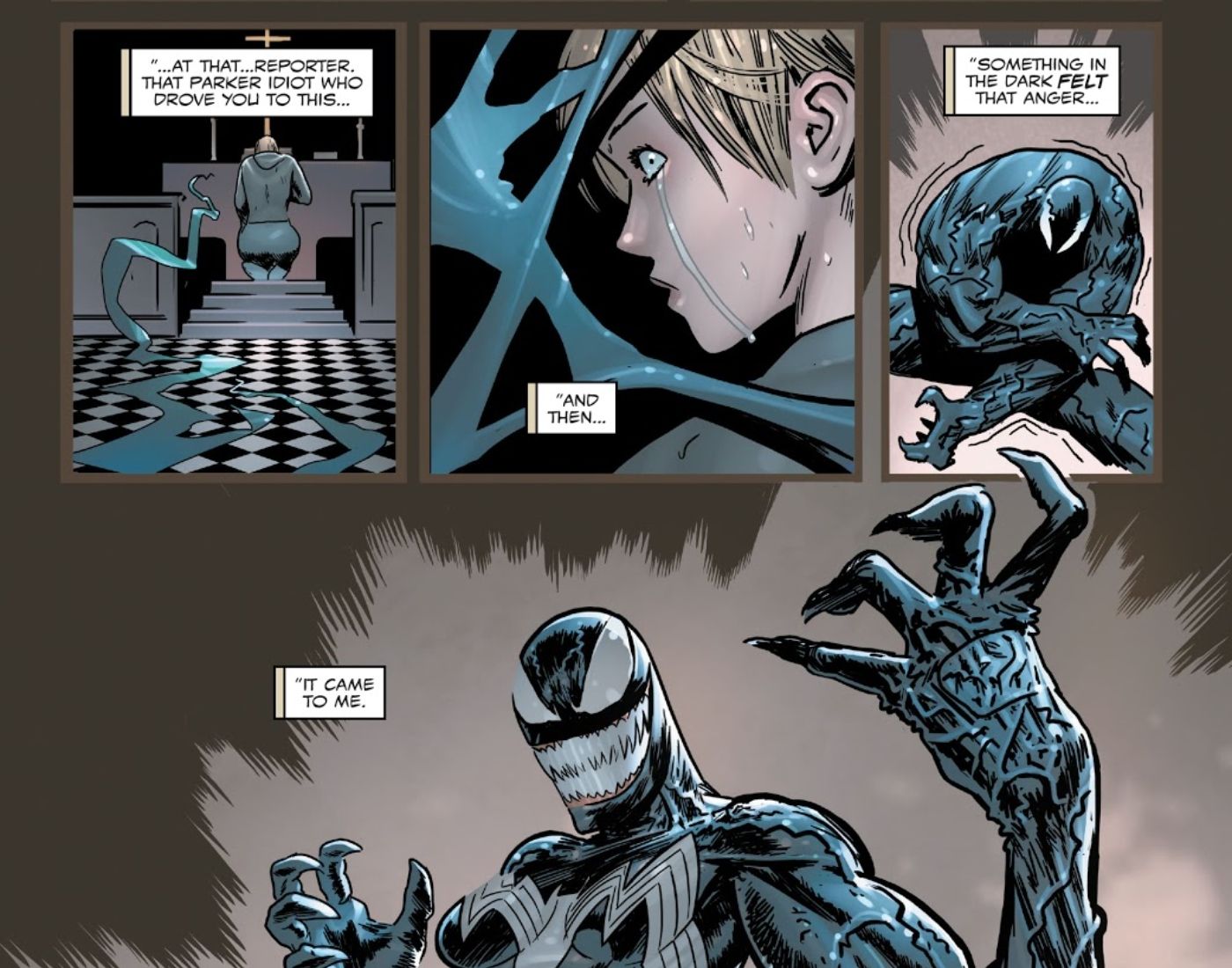 On Earth-1051, Eddie Brock never became Venom. Instead, the night he visited Our Lady of Saints Church, he took his own life as he’d originally planned — leaving his ex-wife Anne Weying to become the one who bonded with the Venom symbiote. In this reality, Anne’s stint as Venom was incredibly similar to Eddie’s in the core-Marvel Universe, with Anne becoming a dedicated foe to Spider-Man before transitioning into a Lethal Protector. She spawned the Carnage Symbiote of her world, eventually made peace with Spider-Man, and even became a hero in her own right as Agent Venom. However, following the birth of her son Dylan, things took a dark turn. Without Eddie Brock’s presence to help influence Dylan, the young man ended up under the thrall of Knull — the Symbiote God.

Taking up the name Codex, Dylan quickly spread Knull’s influence across the globe — infecting numerous heroes with symbiotes of their own and adding his Earth to his univere’s symbiote hive. To combat this, Anne became the leader of a new incarnation of the Sym-Soldiers — commanding a small force that consisted of herself, as well as the Spider-Man, Carnage, Deadpool, Mania, and Mister Fantastic of her reality. Ultimately, the Earth-616 incarnations of Venom and Dylan Brock were briefly trapped in that reality — giving Eddie the chance to make peace with a version of his ex-wife while helping disconnect Codex with Knull. Although this saved that world, it wasn’t without multiple casualties and a radically altered world. 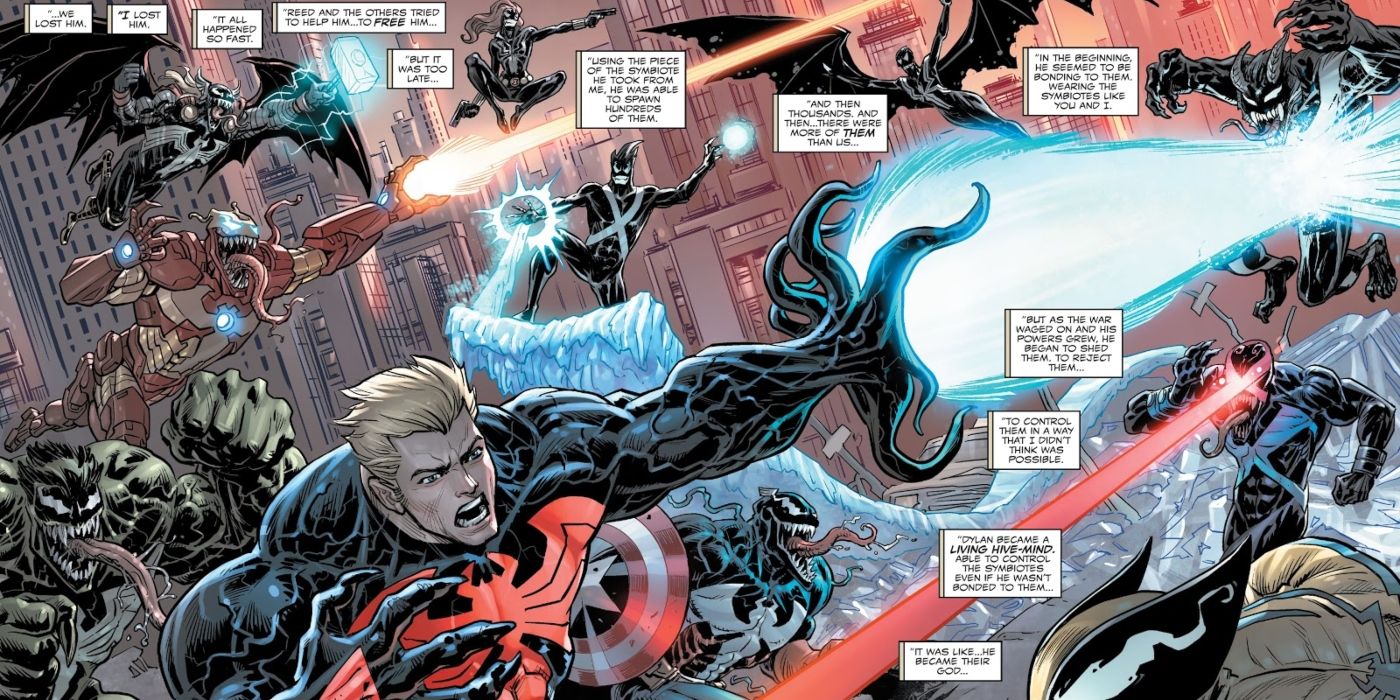 While Venom has always been one of Spider-Man’s most fearsome foes, it’s worth acknowledging all the good the character has gone on to do. Without Eddie Brock, the coming of Knull would have been far more insidious and effective. Even if the world was ultimately freed of the symbiote invasion, this is a world in which Knull’s influence broke Dylan Brock and resulted in the deaths of numerous Marvel heroes and villains. Even powerhouses like Thor fell to the symbiotes in this world, as opposed to the dedicated resistance he put up in Earth-616. Notably, this was a world where the events of King in Black weren’t necessarily prevented — leaving the possibility that Knull could eventually attack this weakened world and decimate it.

Venom’s road to becoming a hero has been filled with roadblocks, and yet Eddie Brock has steadily proven himself a noble fighter — even earning the respect of the Avengers during the events of King in Black. Without him — and the terror he’s brought to the world — then the Venom symbiote could have become a genuine global threat instead of a conflicted hero with an important destiny. The Marvel Universe is better off with Eddie Brock in it — regardless of the long path it took him to embrace a more heroic identity.

You Can Now Take the Wienermobile to Prom

My Hero Academia Has a Big Problem, and It’s Called Pacing