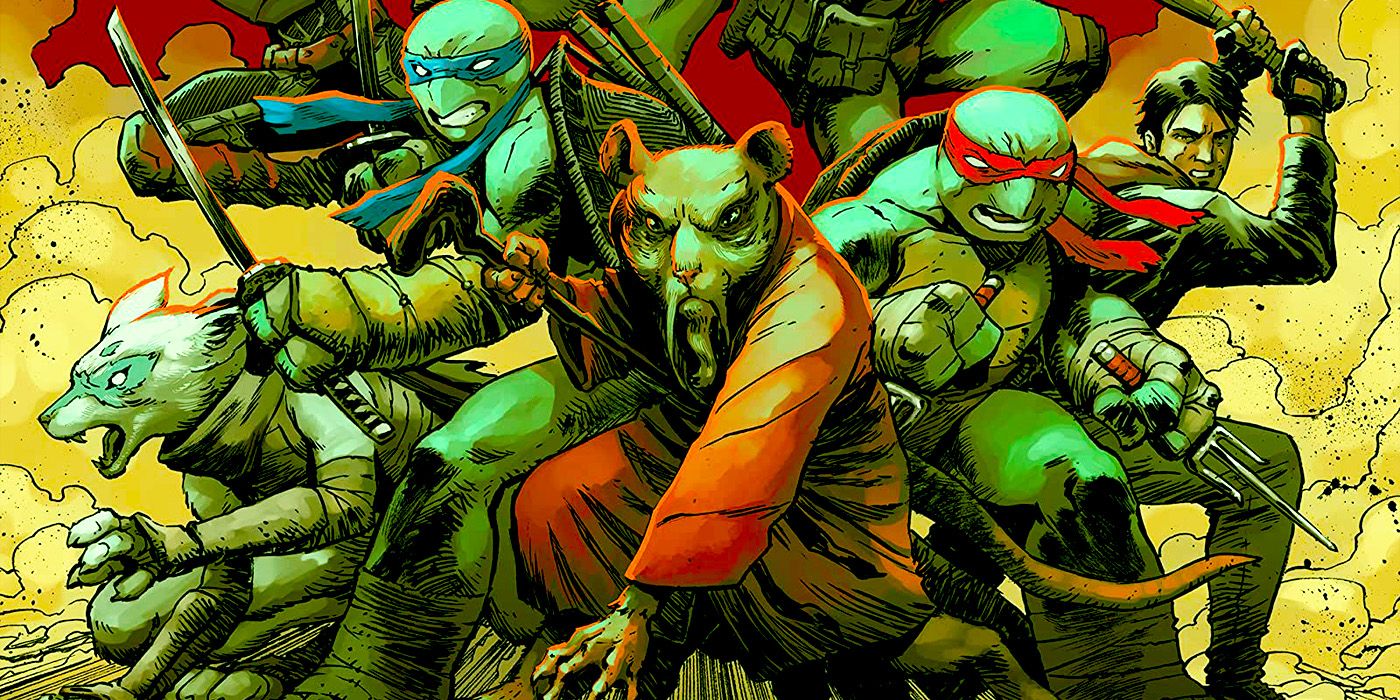 For nearly four decades, the Teenage Mutant Ninja Turtles have thrilled fans with adventures that take place throughout a multitude of media. No matter what version is being told, however, they all begin with four otherwise normal turtles and one very capable rat being exposed to the iconic Mutagen ooze, transforming them into the heroes we all know.

When it comes to the long running IDW timeline, however, there is another all important component to the process in the form of a psychotropic compound… one which Splinter himself inherited in truly tragic fashion.

RELATED: Ninja Turtles Gave Raphael a New Job – and It Almost Got Him Killed 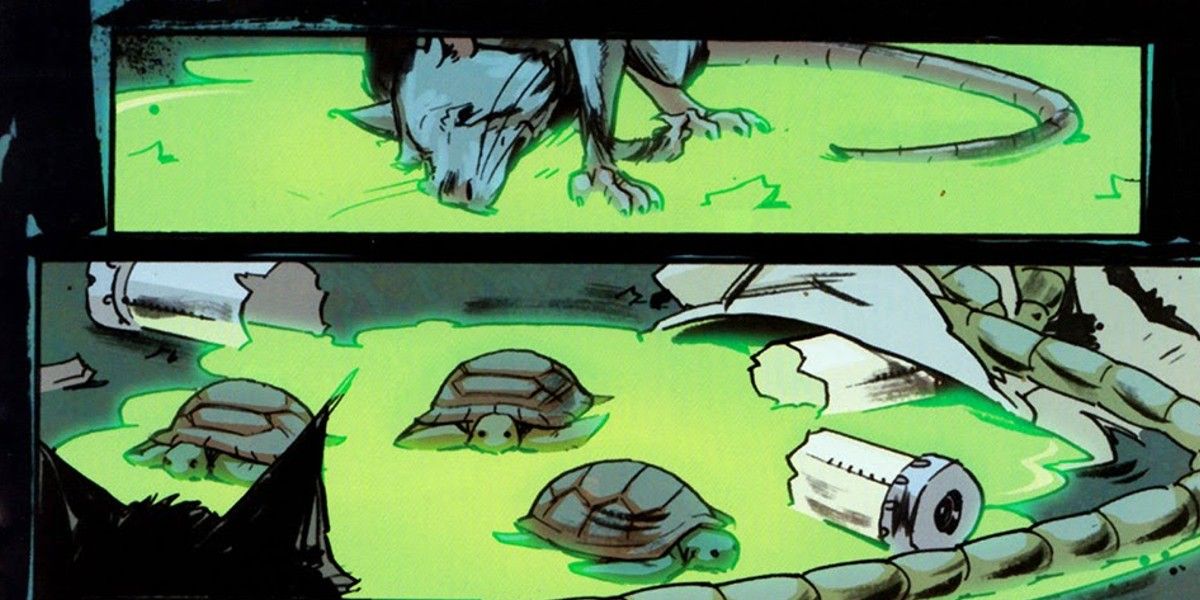 Before the Turtles underwent their shocking transformations, they and Splinter were all part of the various research projects going on behind the scenes at StockGen, the research company of longtime TMNT villain Baxter Stockman. At the behest of General Krang, Stockman had been secretly refining the alien ooze supplied to him into both a powerful mutagen and as a psychotropic compound that gives mutants their human-like intelligence.

In the case of Splinter, the latter was also responsible for returning to him the memories of his life as Hamato Yoshi, which in turn allowed him to recognize the four young amphibians as his reincarnated sons. While Splinter was subjected to tests involving the psychotropic compound at StockGen for quite some time, it wasn’t until the facility was attacked that he and the Turtles were exposed to the mutagen in 2011’s Teenage Mutant Ninja Turtles #2 by Kevin Eastman, Tom Waltz, and Dan Duncan. In turn, the Teenage Mutant Ninja Turtles’ iconic origin story was complete once again, but it was only the beginning of Splinter’s part in the creation of other mutants.

When the Turtles, Splinter, and the alley cat who would become Old Hob were exposed to the mutagen, they were also unknowingly exposed to the last remaining samples of the compound, all of which were stolen by Foot Clan ninjas in the attack. The news crushed Baxter Stockman, who was sure it would be even more infuriating to his malevolent benefactor. But a glimmer of hope for the project still existed somewhere in the form of Splinter himself. 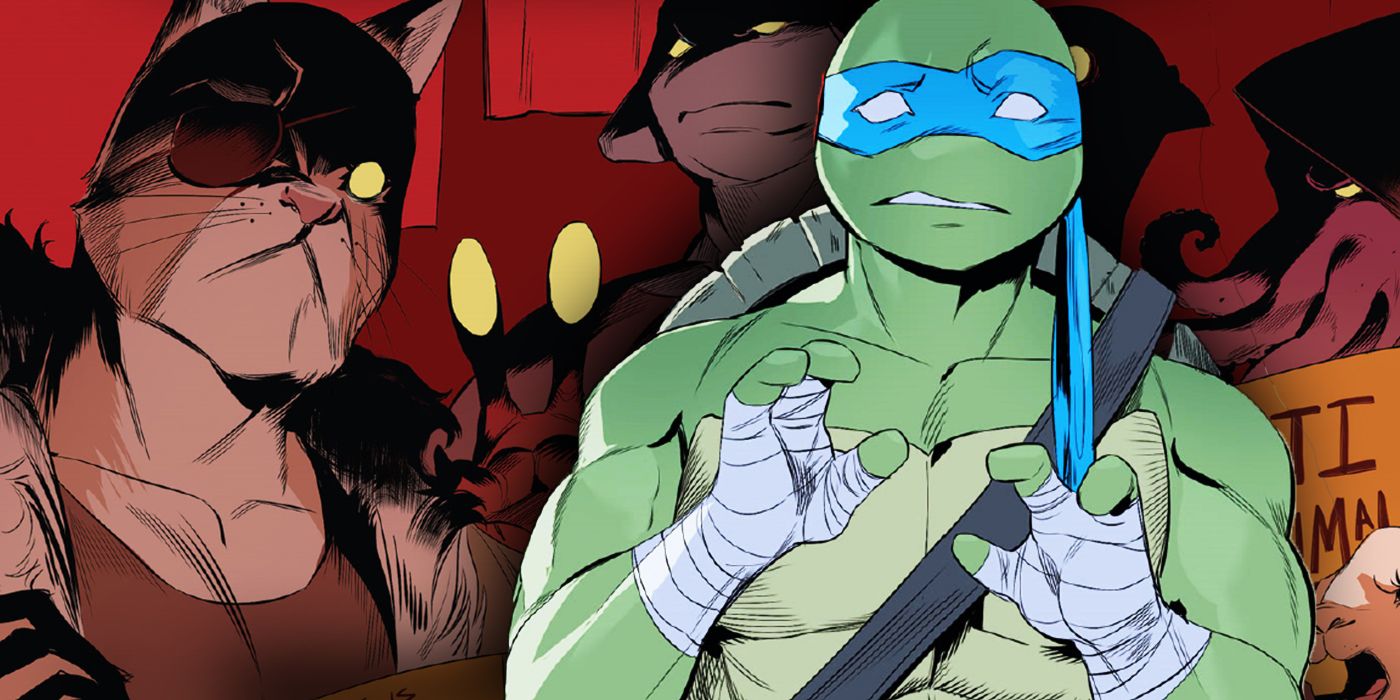 Despite Stockman’s hesitance to believe that one single rodent could be sniffed out in a city crawling with rats, Old Hob stepped in to offer his services in doing just that. Unfortunately for StockGen, obtaining samples of Splinter’s blood wouldn’t come before their already ongoing mutant projects, such as Slash, developed without their benefit, nor would the compound arrive before the facility went up in flames. This effectively put an end to Stockman’s work with the ooze and its derivatives, although it was far from the end of their use.

Eventually, Old Hob was not only able to acquire the samples he had been after for so long, he even kidnapped Lindsey Baker, the last scientist familiar with the compound. Together, they began creating the Mutanimals. Their early experiments weren’t particularly successful, resulting in the creation of the dimwitted Pete the pigeon before they began to produce more capable mutants such as Mondo Gecko. Even though their process had been refined, the psychotropic compound itself wasn’t included in the mutagen bomb Hob would later set off in 2019’s Teenage Mutant Ninja Turtles #98 by Kevin Eastman, Bobby Curnow, Tom Waltz, and Michael Dialynas, inevitably leading to far more chaos than Hob had intended. Still, that hasn’t stopped him from continuing his work with Lindsey Baker, meaning the fallout from Splinter’s time spent as Baxter Stockman’s lab rat may still be ongoing. 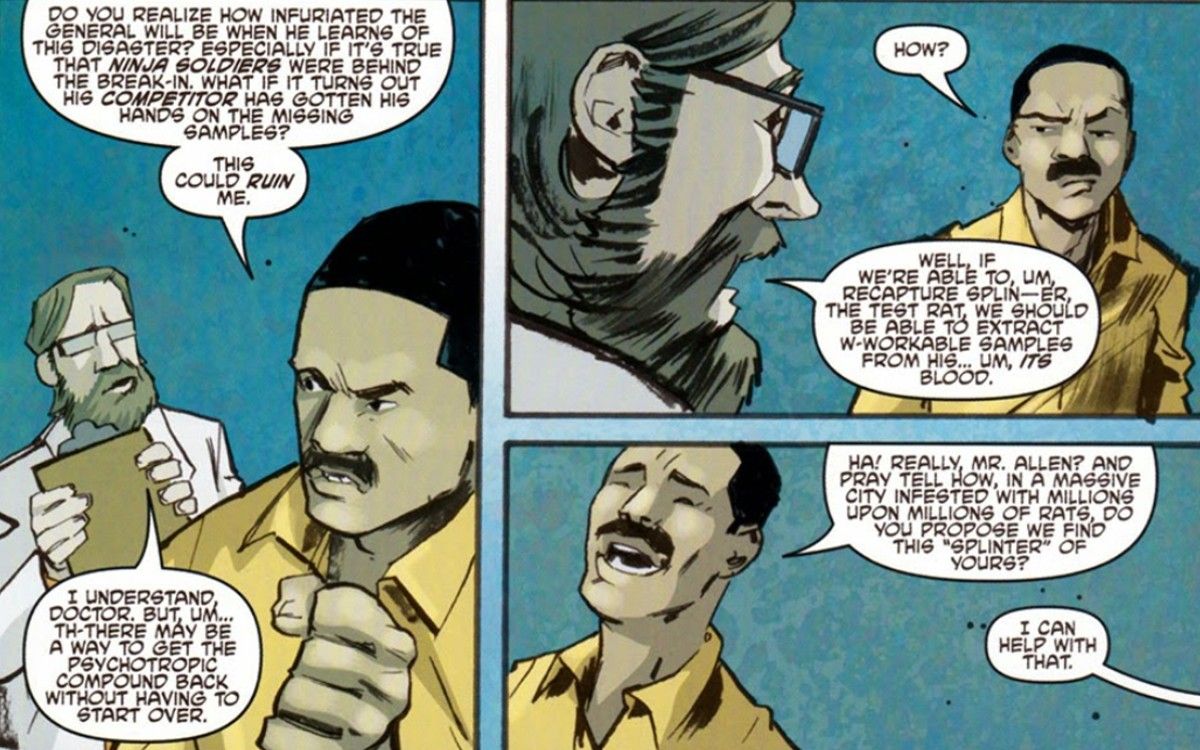 Master Splinter has always been one of the most endearing characters in the entirety of the Turtles franchise, so much so that the fact he has left a dual legacy of sorts in the IDW continuity is almost unnerving. Of course, the ways in which he was used by others for their own nefarious ends certainly isn’t something that Splinter himself bears any responsibility for, nor is the end result necessarily any great tragedy.

The circumstances which have led to the creation of most mutants in the Turtles’ world aren’t usually pretty, but those aren’t the part that Splinter has provided a hand in. By being the once living catalyst for imbuing mutants with their intelligence, Splinter’s secret legacy might be even more important than anything else he could have ever been a part of.