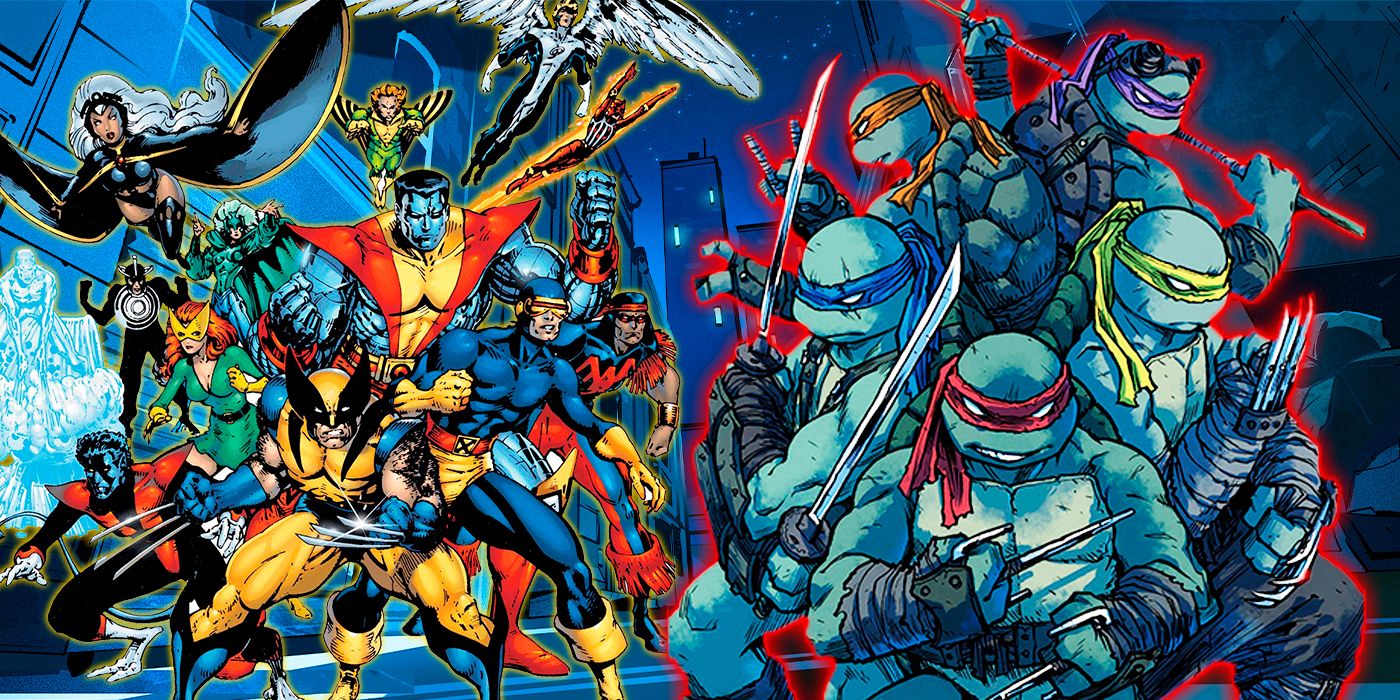 For the past couple of years, there have been big changes in the Teenage Mutant Ninja Turtles comic book from IDW. The status quo was absolutely mutated when a mutagen bomb went off in New York, resulting in many formerly human denizens being turned into anthropomorphic animals.

This has turned the comic book upside down and completely upended its story. Through Mutant Town, Teenage Mutant Ninja Turtles has become a mix between the survival storylines of The Walking Dead and the allegorical storytelling of the X-Men. In doing so, it’s allowed the franchise to tackle new themes and plots that it might not have otherwise, taking the Turtles into a radically new world. But where did this all start… and where on earth is it going?

RELATED: The X-Men Have Banned a ’90s Marvel Icon – and It’s a Huge Deal 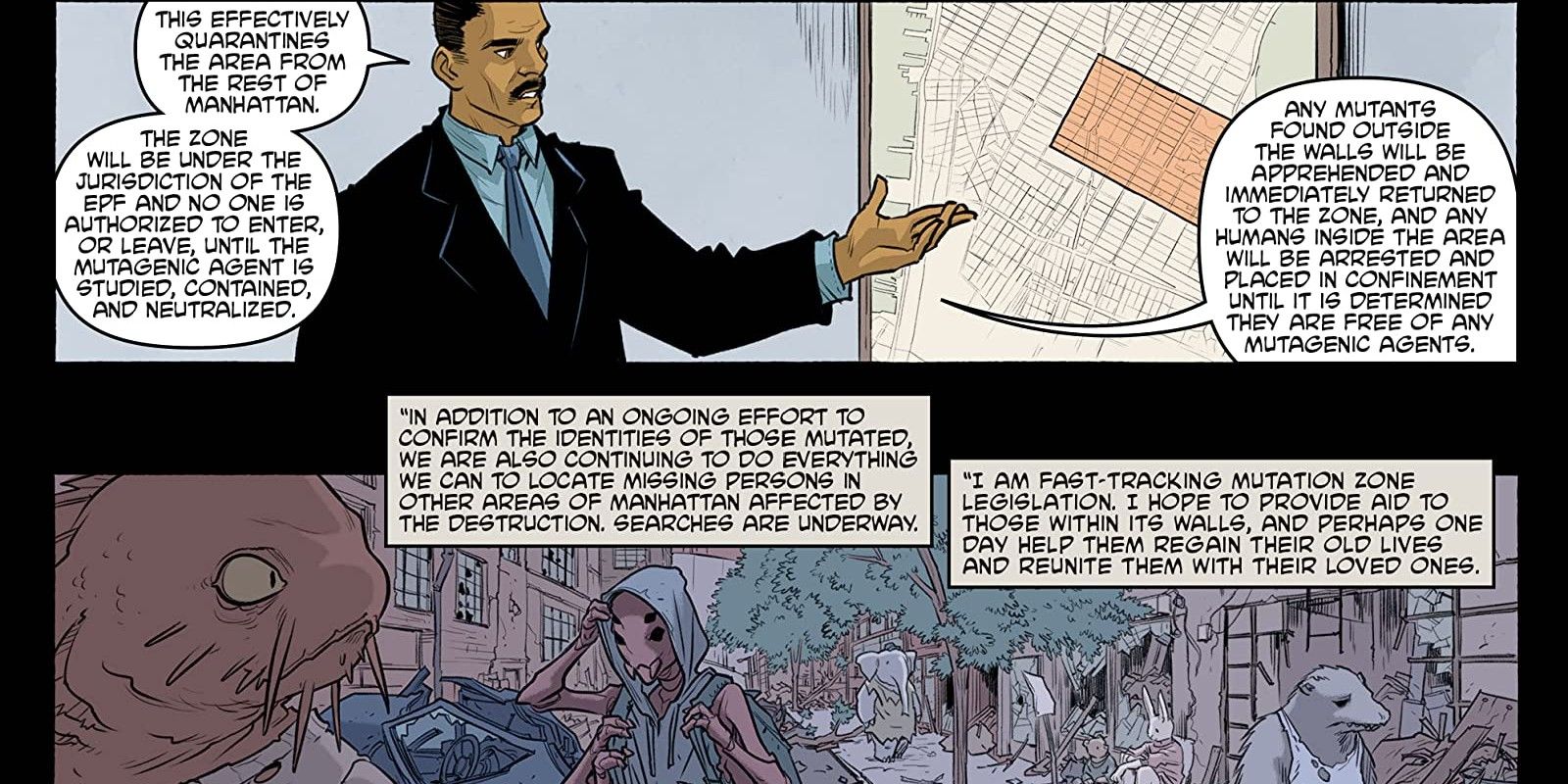 The beginnings of Mutant Town happened at the end of Teenage Mutant Ninja Turtles #100, where the villainous (depending on who you talk to) Old Hob — a mutant alley cat — unleashed a mutagen bomb in Manhattan’s East Side. The newly elected Baxter Stockman subsequently had a wall erected around “Mutant Town” to contain the spread of mutagenic contamination. Humans and mutants were kept from co-mingling, too, which certainly didn’t help the new “town’s” development.

Mutant Town quickly became a derelict ghetto, with the scant few supplies barely getting to the increasingly desperate people who lived there. Essentially forced to live there, the new mutants come from all walks of life, for better or worse, and are now stuck together. Many are torn from their families and professions and now have to make due with the few comforts and resources afforded them. This has given the Teenage Mutant Ninja Turtles a much different flavor than before, though it’s one inspired by two of the biggest and best sources in comic books.

RELATED: Did Marvel Really Make the X-Men Immune to a Real Epidemic? 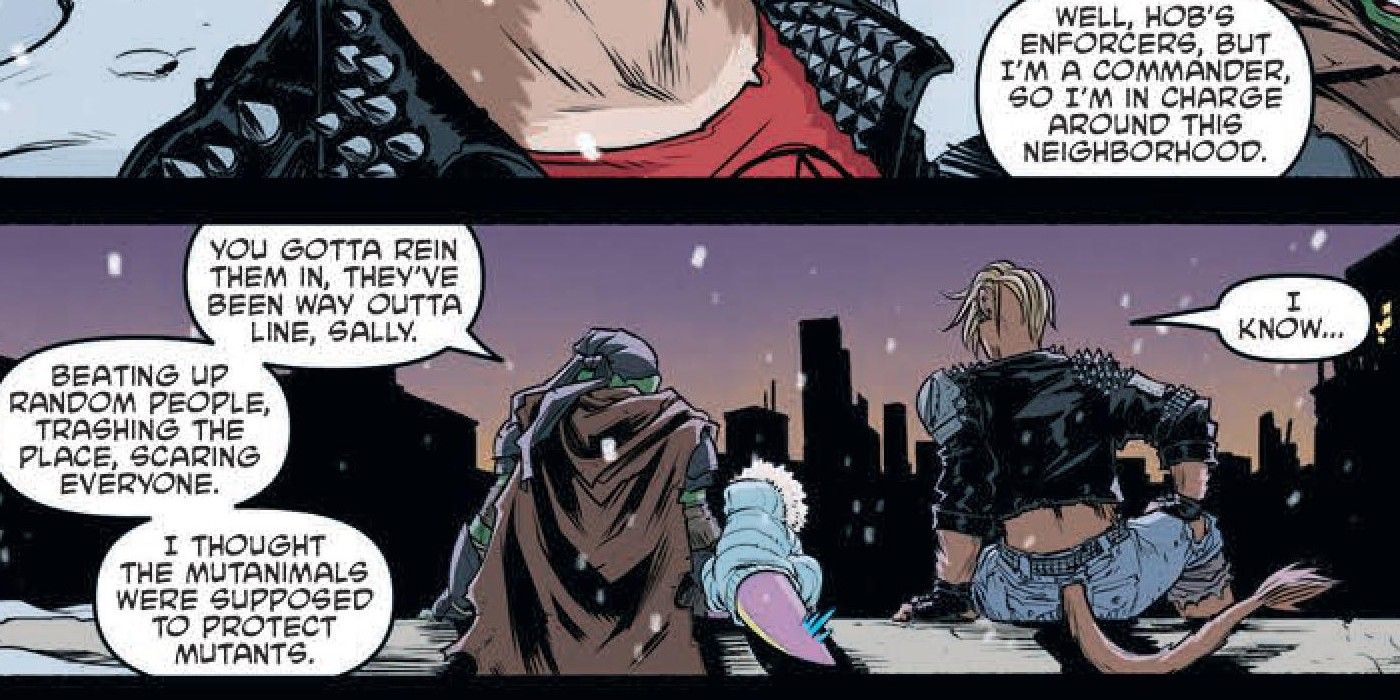 The Mutant Town story concept is essentially The Walking Dead starring the X-Men. The former is represented by the survivalist, almost dystopian lives of the characters. Scrounging for resources in a world that’s essentially been abandoned (or abandoned them), the mutants of Mutant Town are in very much the same spot as Rick Grimes and crew. This is compounded by their constant in-fighting and being as much of a threat to each other as outsiders of their chosen encampment.

Likewise, the social status of the mutants is exactly like that of the mutants from Marvel Comics. The animalistic mutants are scorned and hated by humanity, with many of the former humans being shunned by their former friends and family members. Those included in this number include not only adults but also young children, who were the sole members of their families to become mutants. Ironically, Old Hob’s creation of these new mutants is similar to Magneto’s plan from the first live-action X-Men movie — essentially, make your enemy… you. 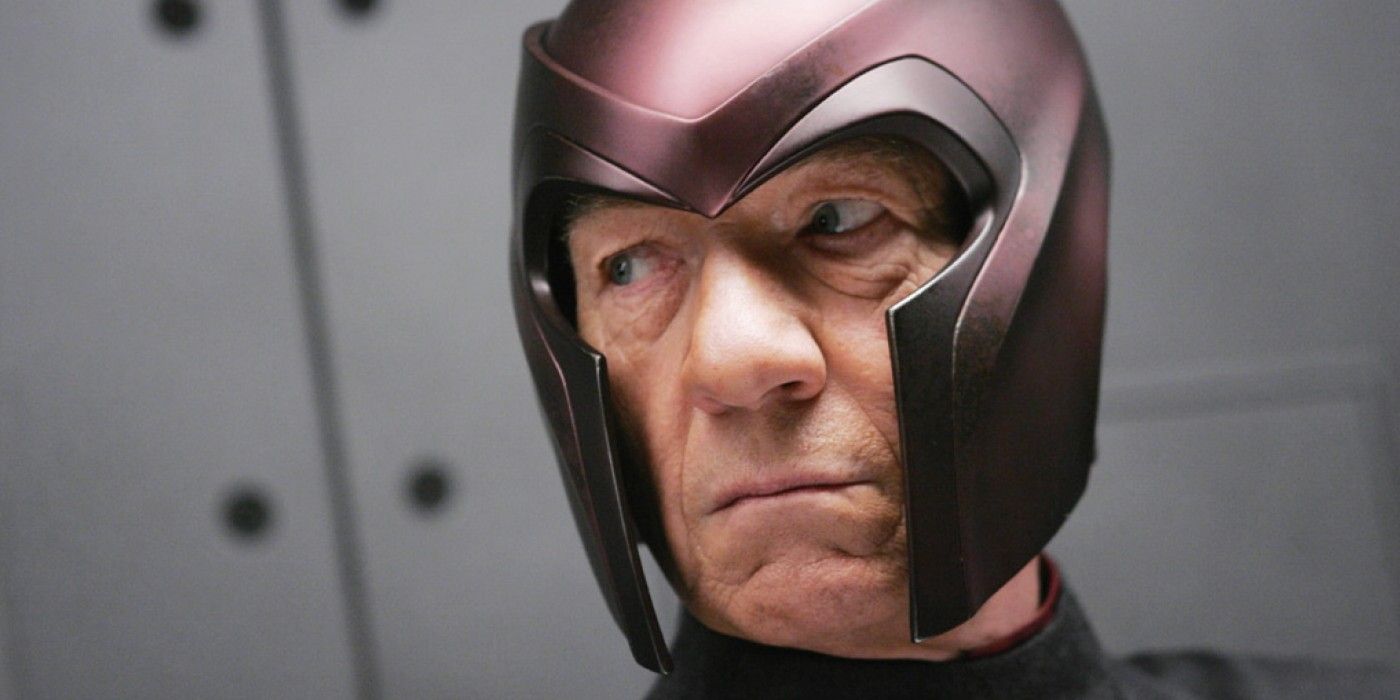 Similarities could be drawn to the current X-Men status quo, as well, where all of the mutants live on Krakoa, but it’s much more like District X and the Ultimate Comics: X-Men book. The former was based around a book set in the district of the same name. This town, also called Mutant Town and also set in the East Side of Manhattan, was filled almost exclusively with mutants, flipping the script for mutants in terms of being a visible minority, but with many of the townspeople suffering due to the poor nature of District X. The latter book had mutants being relocated by the U.S. government to a reservation of their own, where they attempted to build a new future for their species.

Unfortunately, Teenage Mutants Ninja Turtles hasn’t quite been able to give some of these themes their due. Part of this has been its focusing on cartoonish slice-of-life stories and even a plot involving a battle of the bands, completely removing any sort of tension that the storyline deserves. Likewise, the Turtles themselves are at best side characters in their own book, making these themes feel even more inorganic. Hopefully, the book will be able to weave these concepts together better in the coming issues, truly pushing the TMNT brand forward with exciting new stories.

Is the MCU Ready for the Age of Apocalypse?