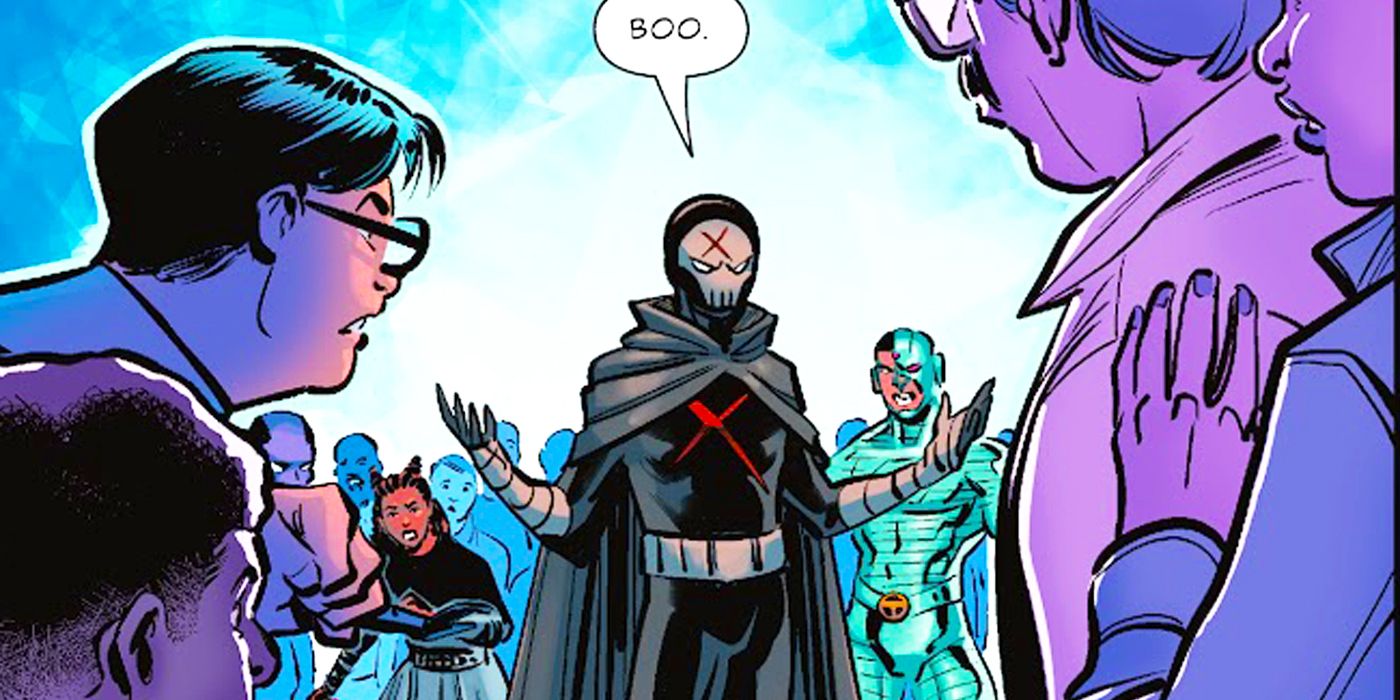 DC’s Future State line of comics depicted the Teen Titans going through an extremely difficult time. The two-issue event series showed a horrible fate awaited the young heroes — quite literally the Apocalypse, in fact. There’s been no sign that the Titans will avoid this future, either. Raven is getting more visions of the impending disaster. But how can they avoid it?

As it turns out, the solution may be incredibly easy. Even so, it looks like the next generation of heroes still won’t prevent their terrible fate – and it will doom the DC Universe.

RELATED: DC Broke the Teen Titans – Can an Awkward Reunion Bring Them Together? 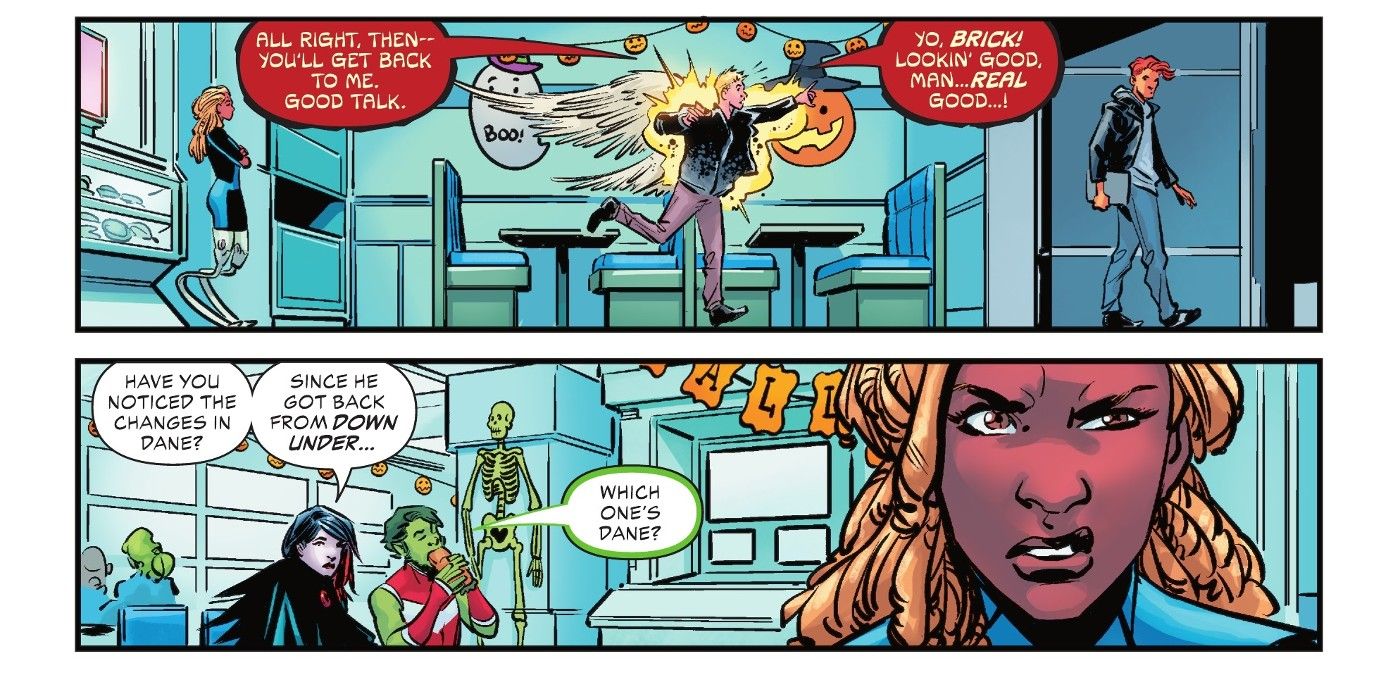 Raven and Beast Boy are having lunch when they notice Dane acting weird in Teen Titans Academy #8 (by Tim Sheridan, Mike Norton, Hi-Fi and Rob Leigh). To put it simply, only Raven notices the odd behavior, but when she points it out to her fellow Titan and Academy staff member, he worryingly asks her, “Which one’s Dane?”

As one of the leading staff in this new facility, it’s shockingly bad that Beast Boy cannot remember his student. This is made even worse by the role he may potentially play in DC’s apocalyptic future. He’s the heir to Hell itself, which played a major role in containing and subsequently shaping the Unkindness, a being Raven turned into at the end of Future State: Teen Titans. Her time there only served to make the threat even more powerful, to the point that it consumed everything.

Though it looks bad that Beast Boy doesn’t know who Dane is, he gives a very good reason as to why. The Academy already has many young students. This number was even larger when the team took in Markovian refugees, but the recruitment drive in this issue means the student roster will only swell. The Teen Titans are simply becoming too big and it is becoming apparent they are spread too thin in their numerous responsibilities. One of the team’s leaders, Nightwing, has his hands full in Blüdhaven and another important member, Donna Troy, may become part of an Amazonian war soon. That’s two members of the core teaching staff unable to fulfill their duties, leaving the others to bear those responsibilities alongside their own. 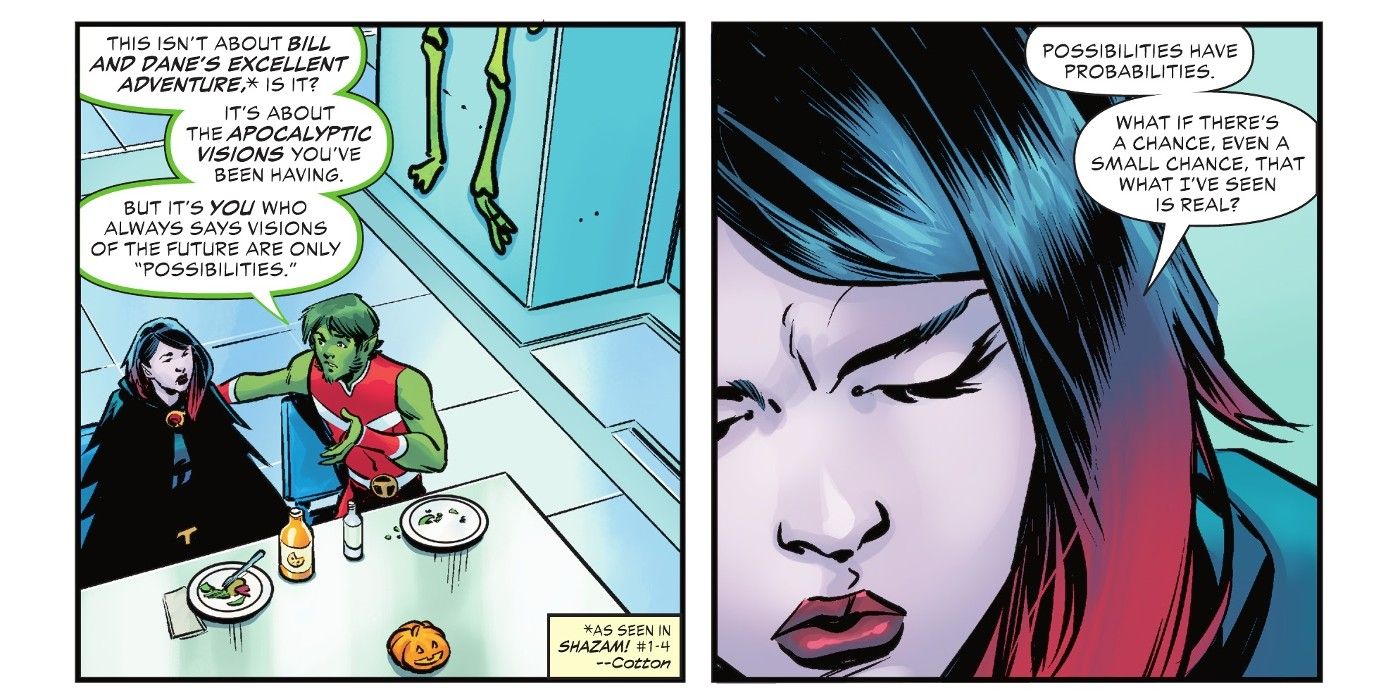 Dane is actually one of Raven’s pupils, so she should know exactly what is up with him now. And yet, it seems she does not even know what he was up to during his adventures in Hell. If she is unaware of what is really going on with him, then the question is what else Raven does not know about her other students. Furthermore, what does the rest of the teaching staff not know about the ongoing lives of their students in Teen Titans Academy?

In this same issue, some of the students steal the dangerously powerful H-Dial in order to try and summon dead heroes. It is readily apparent none of the staff even noticed what the students did. If they had succeeded while the Titans were preoccupied, who knows what could have happened. The Four Horsemen of the Apocalypse were released because the staff did not know what was going on with the Academy’s students. When they finally knew something was wrong, it was too late.

The solution is clear: the Titans must simply be there for their students. They must be more mindful. If they do not follow through, their Future State destiny will be affirmed and Raven will become the arbiter of their downfall. Unfortunately, it seems that their divided attentions mean this is extremely unlikely. If they do not step up soon and be active teachers, it will be the end of everything — literally.

KEEP READING: DC Just Brought Back a Forgotten Villain Who Could Doom the Multiverse