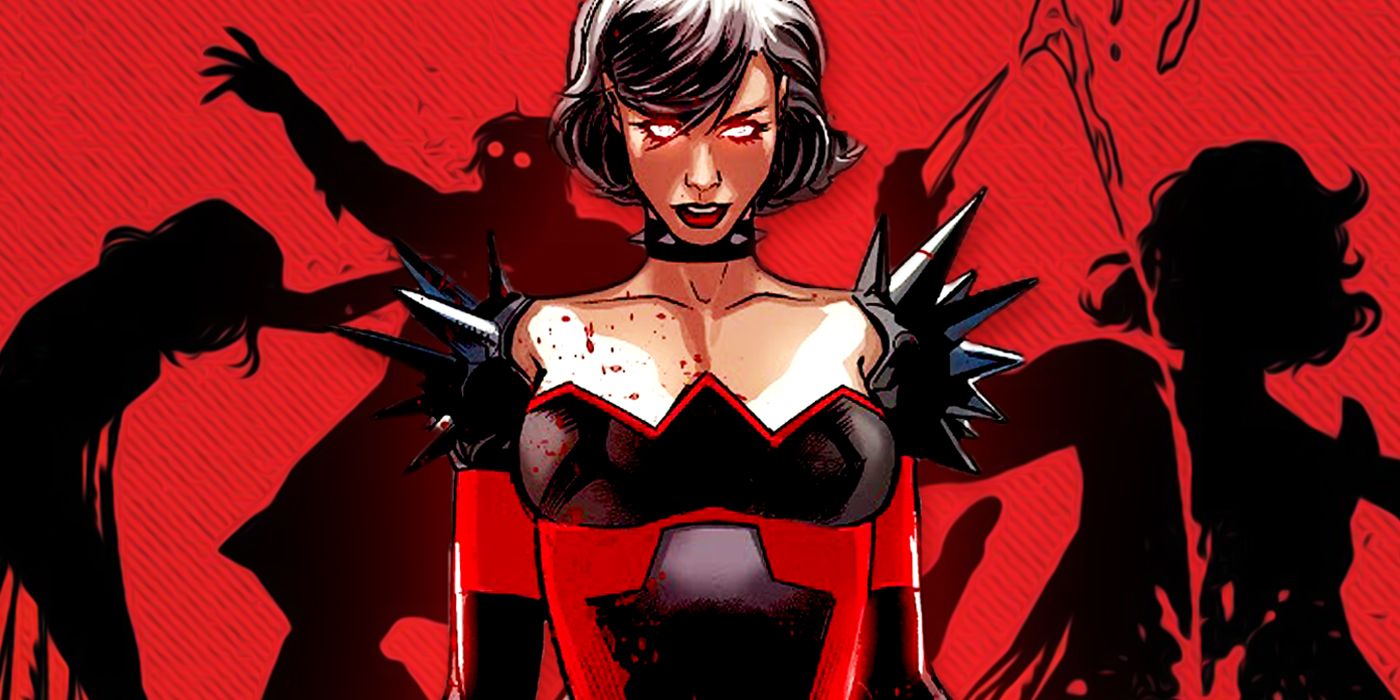 Janet Van Dyne is a woman who has been through a lot in her life. She moved past an abusive relationship to find something better for herself when she could no longer tolerate her husband’s behavior. In Darkhold: Wasp (by Jordie Bellaire, Claire Roe, VC’s Clayton Cowles) a different ending to the infamous story of Janet’s marriage was shown. Instead of leaving Hank Pym after he struck her, the Darkhold showed a version where Janet murdered him in response, seeming to revel in the act.

What was different in this story was a conversation Janet had with Kang the Conqueror before her dissatisfaction with her marriage became more and more apparent. The question here is whether it was Kang’s influence that pushed Janet to this or if his words were merely the catalyst for feelings Janet had been suppressing all this time.

RELATED: Marvel Just Turned Blade Into One of the Multiverse’s Greatest Monsters 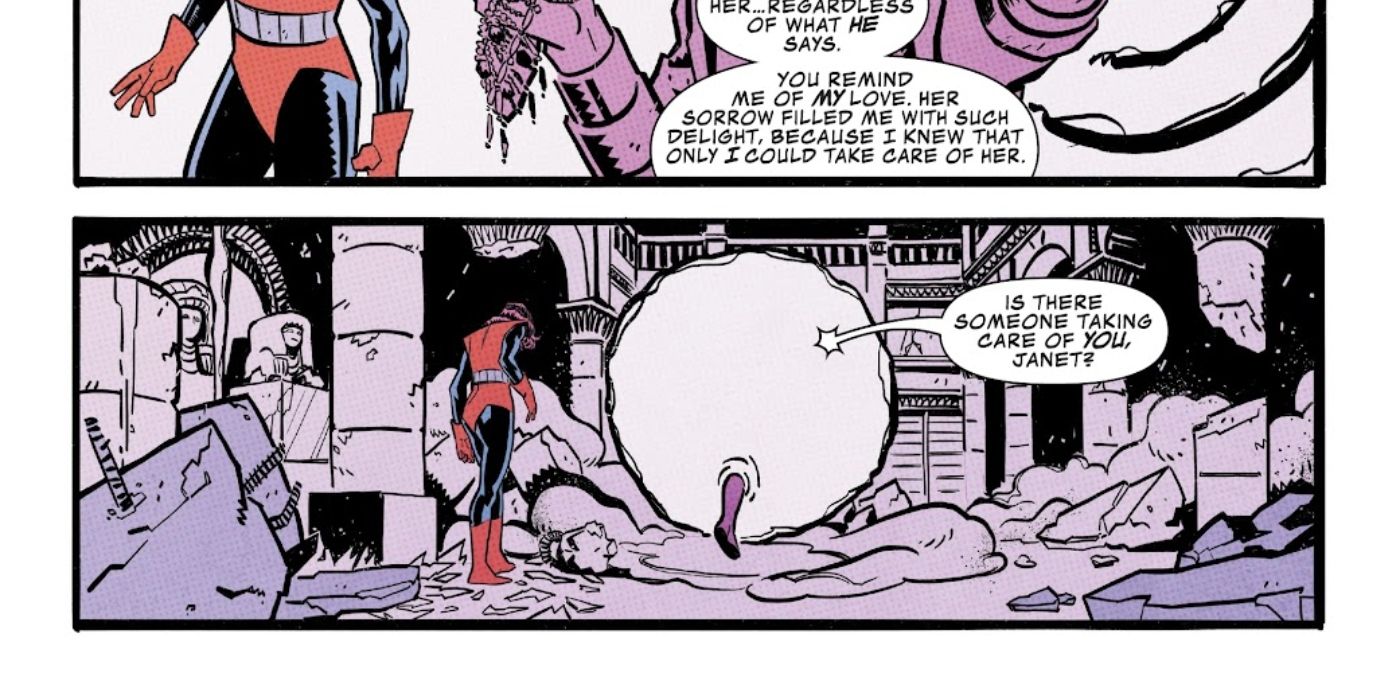 A battle with Kang in a museum prompted the time traveler to express how similar Wasp was to a woman he once loved. Though Janet tried to ignore his words, she could not forget his comment about how Kang loved to take care of his lover, then proceeded to ask if Janet had anyone taking care of her.

From there, it was a slow descent into madness as Janet’s marriage quickly unraveled. Hank Pym’s inattentiveness as a husband and complete dismissal of Janet’s feelings finally came to a head when he was formally kicked out of the Avengers. Angered and paranoid, Hank began devising a plan to unleash a threat that only he could stop to make himself look good. This was the moment that led to the infamous scene of Hank hitting his wife when she tried to dissuade him from such a dangerous course of action.

RELATED: How Nightcrawler Evolved Into the Last Avengers Leader in the Darkhold’s World 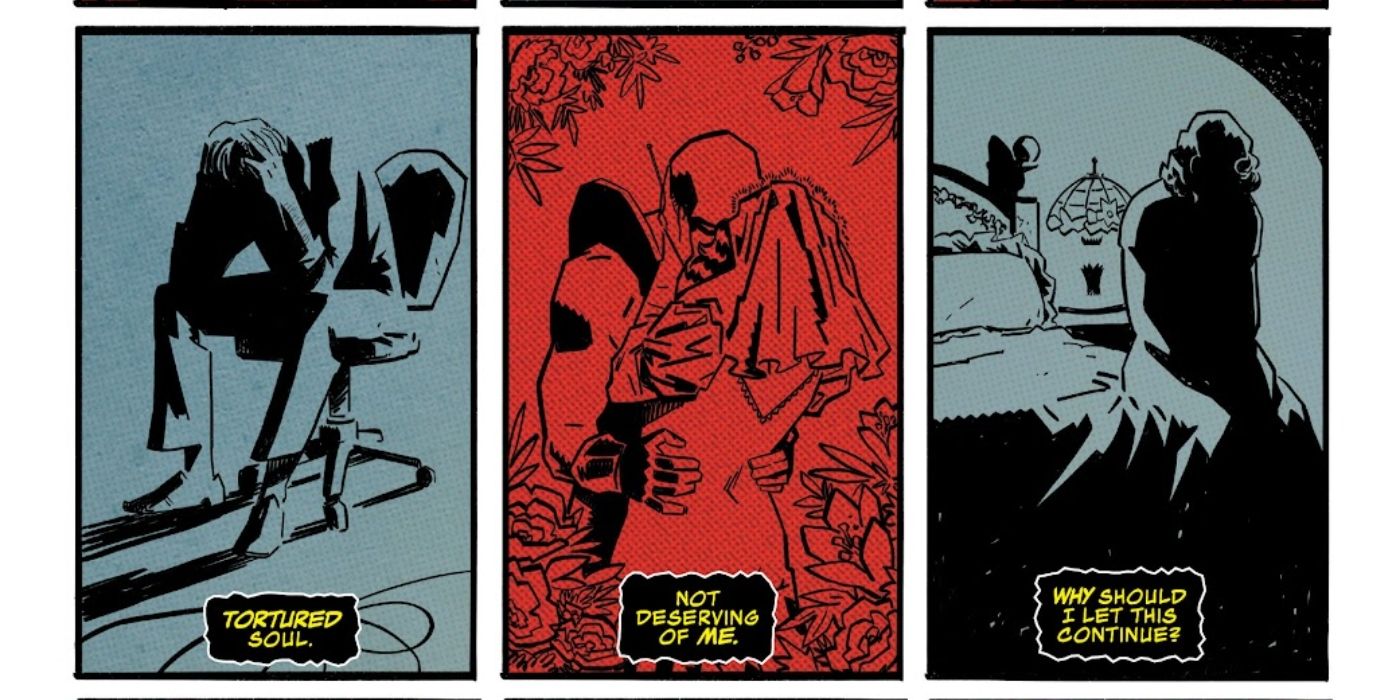 Only this time it didn’t end with Janet leaving him. Instead, she took a shard of shattered glass and proceeded to stab Hank multiple times, letting loose all of her frustration and rage before taking a second to bask in the afterglow of murdering her husband. The thing is, it’s hard to say if this was due to Kang’s words or if this was all just Janet. Undoubtedly, his comment about how she didn’t have an equal partner in her marriage stuck with her, but the problems existed long before Kang showed up. A few words in combat from someone she knows she could not trust shouldn’t have been enough to turn an Avenger into a murderer.

Kang’s words hurt because they were the truth, few things can hurt more than that when the honest answer is painful. Janet mulled them over as she assessed her marriage. More and more, she began to feel that Hank was unworthy of her, for even in his success he never truly gave her the love she needed, the same love she’d been giving him for years. It unveiled a depth of rage that Janet had been pushing down all this time, a depth she decided to sink into. So while Kang’s words did influence Janet to examine her life, it was ultimately her own inner turmoil that led to her murdering Hank.

KEEP READING: Blade: The Movie Just Got a Perfect What If Story in Marvel’s Darkhold