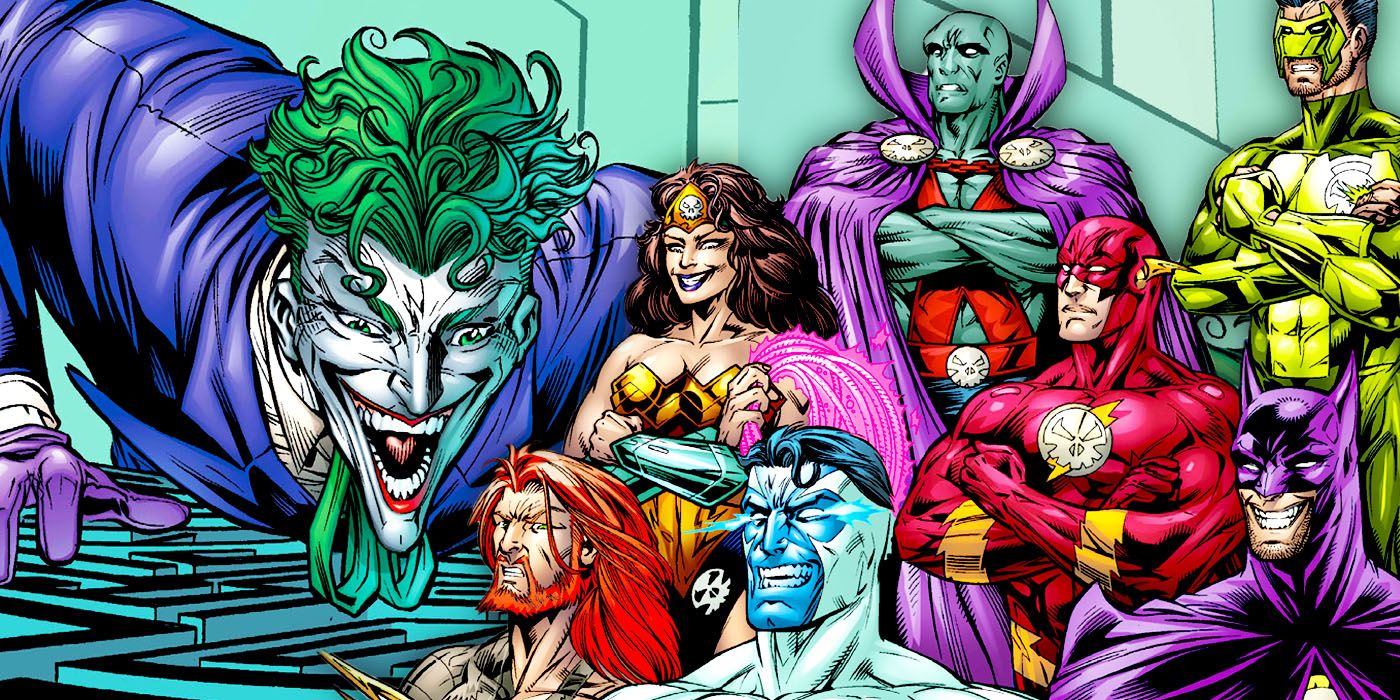 The Justice League is one of fiction’s greatest groups, the leading line of defense in the DC Universe against all sorts of threats. Frequently counting the likes of Superman, Batman, and Wonder Woman among their number, it makes sense that some of the major figures on the team would be shunted out of the spotlight somewhat — even when they deserve far more recognition for the kind of threats they contend with in creative ways.

Martian Manhunter might not necessarily get the praise he deserves for his sheer power level, but a confrontation between the Justice League veteran and the Joker in the Post-Crisis DC Universe proved just how adept of a problem-solver he really is. 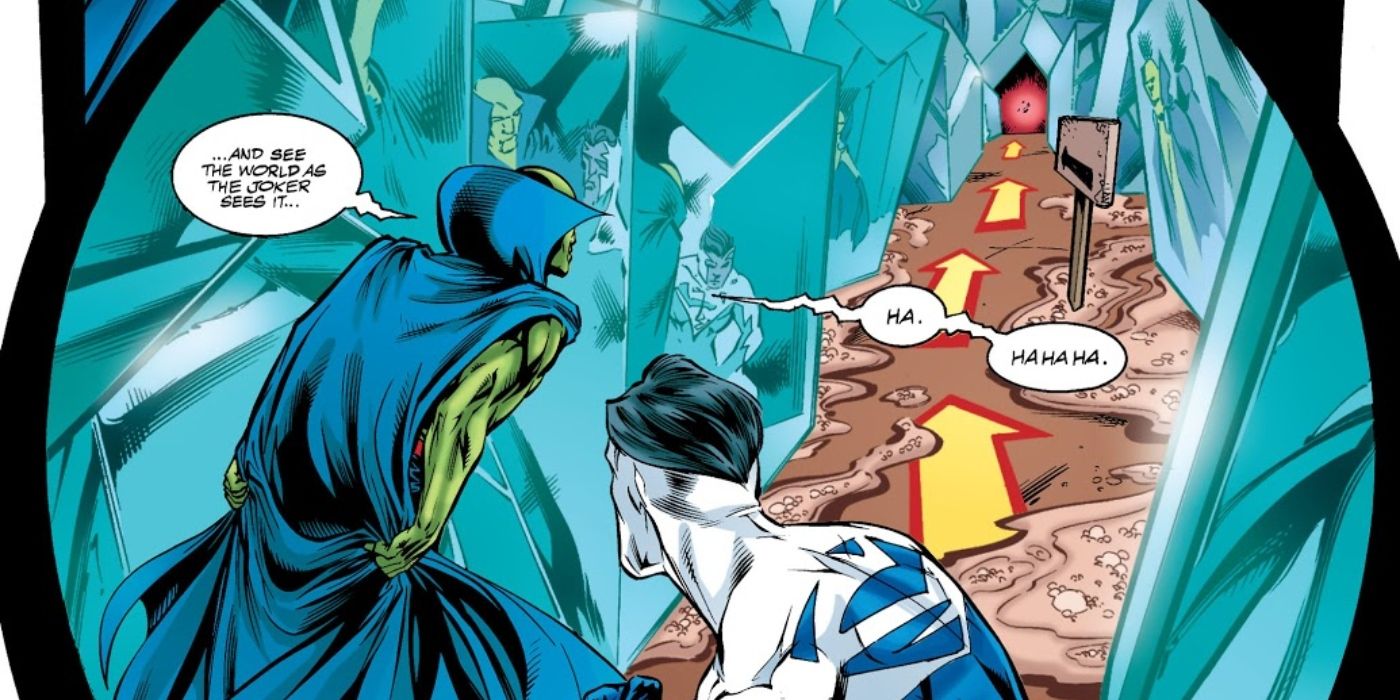 JLA #11 by Grant Morrison and Howard Porter was the second part of the “Rock of Ages” storyline. After assembling his own new Injustice Gang (consisting of himself, Joker, Circe, Ocean-Master, Mirror Master, Doctor Light, and Jemm) and claiming the reality-altering Philosopher’s Stone, Lex Luthor was poised to earn a serious victory over the Justice League. Superman and Martian Manhunter were among the heroes who went to confront the villains and found themselves trapped in a hard-light hologram labyrinth. Due to his own madness, the Joker’s maze (designed to simulate being in his own mind) proved impossible to solve from a logical perspective. But Martian Manhunter quickly found a workaround: by shapeshifting his own brain, he was able to temporarily mimic the Joker’s madness in his own mind.

It’s an impressive use of Martian Manhunter’s abilities and a reminder of his sheer adaptability and potential as a hero. Martian Manhunter is perpetually one of the more underrated members of the Justice League, despite possessing the capabilities to match even the likes of Superman or Wonder Woman. He has super-strength, enhanced endurance, and can fly at advanced speeds with ease. All of this is coupled with his Martian-based telepathy and shape-shifting, giving him the ability to effectively adapt to any situation that presents itself to the heroes. Even going up against someone as unpredictable and dangerous as the Joker isn’t a no-win situation for the Martian Manhunter, who simply finds a way to change his own brain to match the maniacal Clown Prince of Crime. 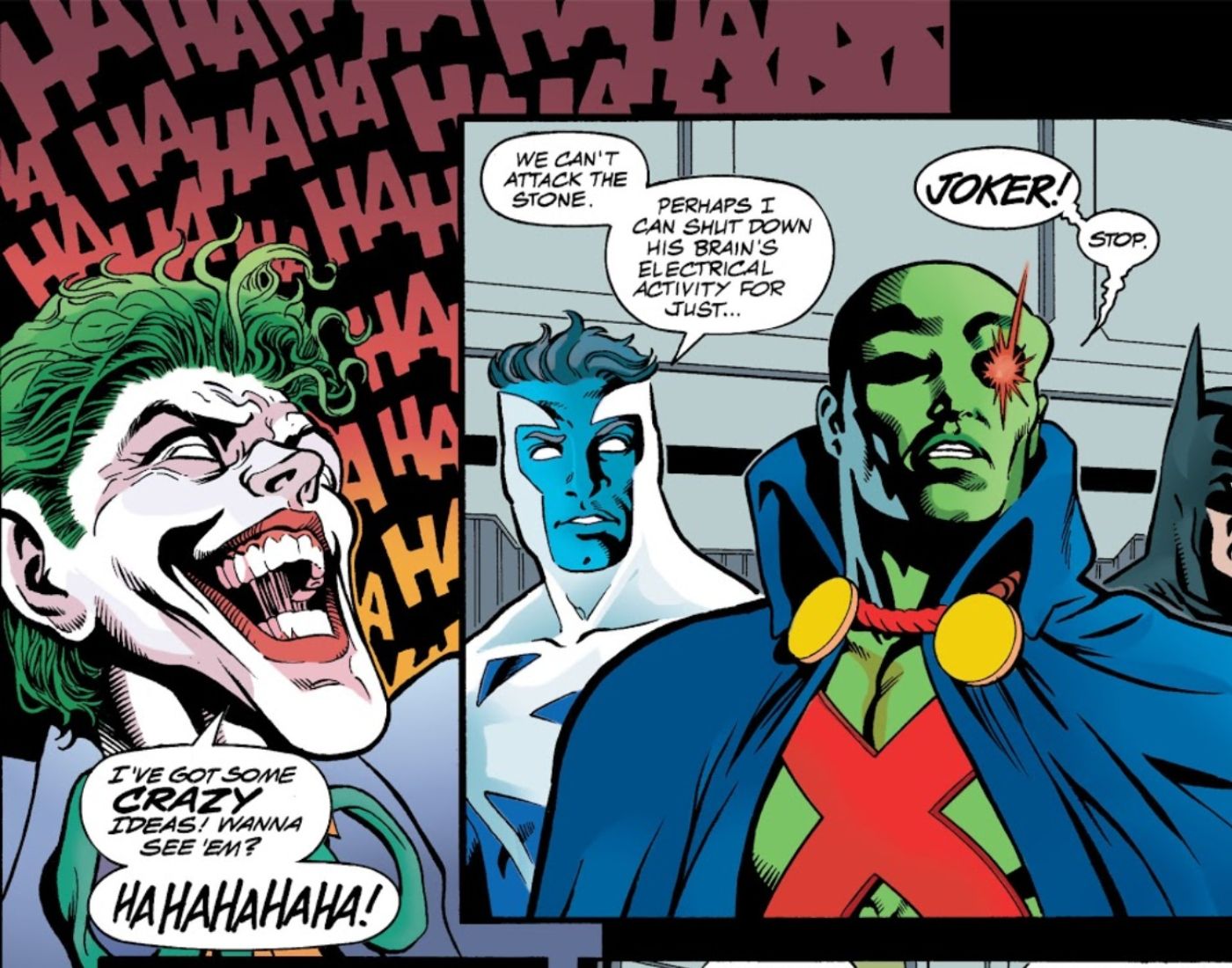 Later in the story, Martian Manhunter even saves the world itself from the Joker’s attempts to use the Philosopher’s Stone to shape reality to his liking — using his telepathic powers before the Joker can really cause serious permanent damage to the planet, Martian Manhunter is actually able to bring sanity back to the Joker — albeit only briefly and at great personal strain, as he describes the Joker’s mind as a “raging storm.” Again though, Martian Manhunter was able to move quicker, more decisively, and with greater creativity than his allies could have mustered in the same instant. Doing so allows the team to take the Stone peacefully from the Joker and not risk breaking it in the scuffle — which would have allowed Darkseid to conquer the entire world.

Thanks to the wealth of abilities at his disposal, Martian Manhunter has proven himself to be one of DC’s most unique heroes. He’s able to come up with plans and means to save the day that don’t necessarily involve punching out their foes or causing explosions. If anything, Martian Manhunter’s victory over the Joker proves how much of a problem-solver the alien hero can be when the situation calls for it — proving that while this underrated hero has the power-set to put him par with Superman, it’s his ability to problem-solve on the fly that truly makes him a unique powerhouse within the DC Universe.