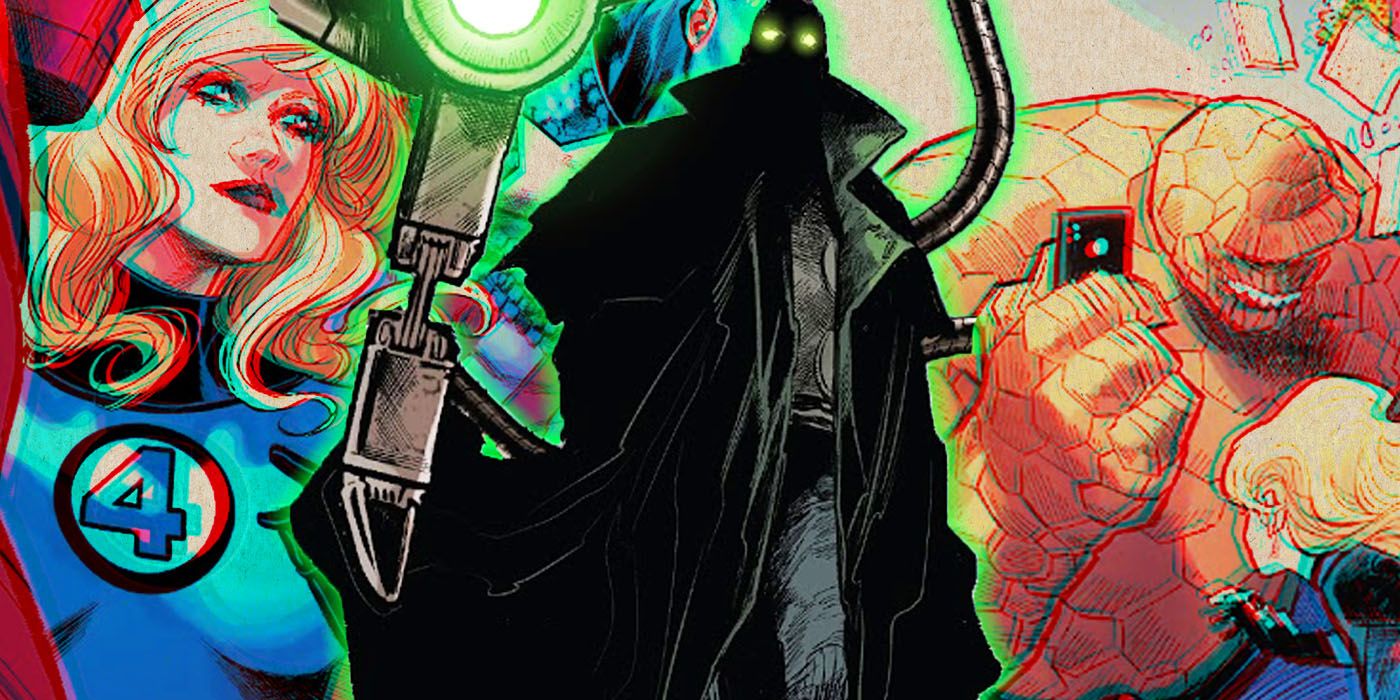 For decades the feud between Daredevil and Wilson Fisk (formerly known as the Kingpin) has spilled over onto the streets of Hell’s Kitchen, and now that Fisk has the power to outlaw his enemies, their fight has gotten bigger than ever.

It isn’t just the Man Without Fear and his fellow masked vigilantes who have come under fire, though, as Marvel’s First Family is now faced with either giving in or living their lives as fugitives in Devil’s Reign #1 (by Chip Zdarsky, Marco Chacchetto, Marcio Menyz, and Clayton Cowles). Even if the Fantastic Four are capable of saving themselves, there is still no telling how they are going to salvage their reputations in the former Kingpin’s new version of New York City. 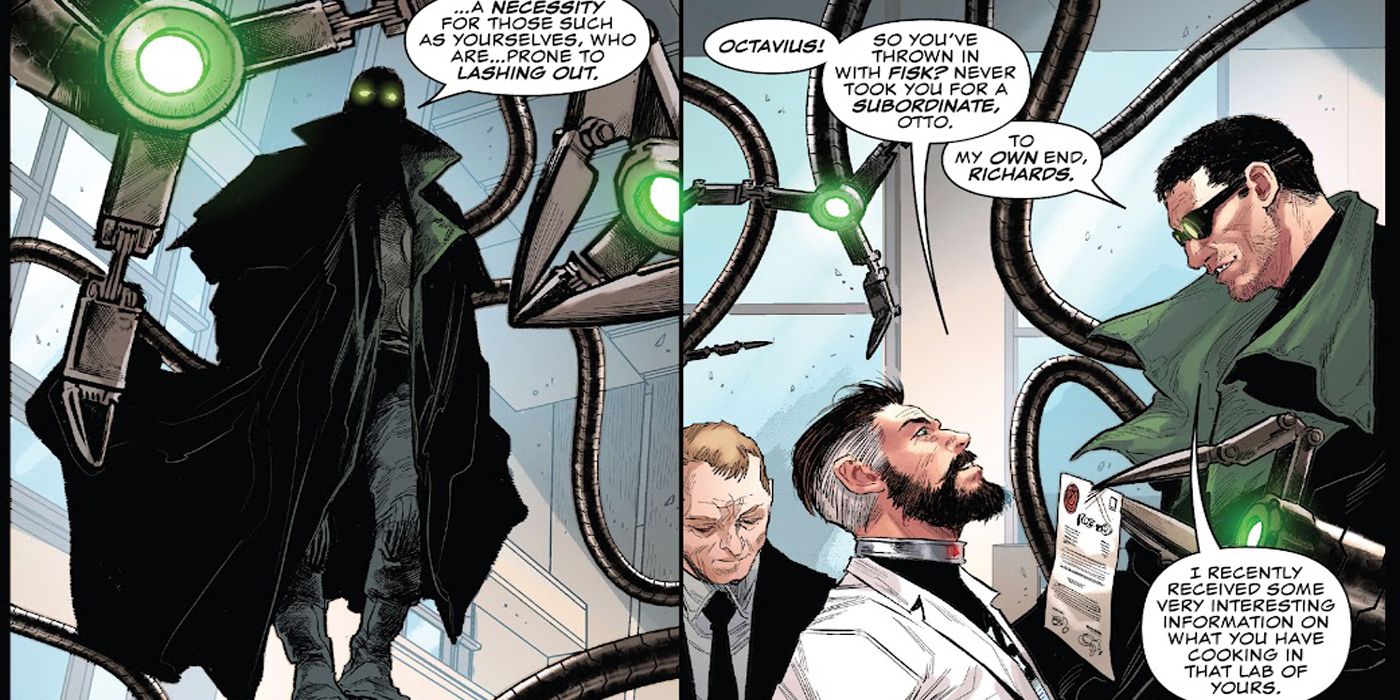 In recent months it has seemed as though there was nothing Wilson Fisk could not accomplish. From being elected to the office of mayor of NYC to besting Spider-Man and resurrecting his son Richard, the former Kingpin of Crime just hasn’t been able to lose – save for the one fight that matters most to him. When Fisk discovered that he had somehow lost the identity of Daredevil, his rage pushed him to turn the city upside down through the official introduction of his brand new Thunderbolt Units.

Now acting as more of a superpowered police force than anything else, the Thunderbolts wasted no time arresting as many of the city’s heroes as they could, with Doctor Octopus personally leading the charge to the Baxter Building. Despite the fact that the Fantastic Four have had the full support of the United States government, Fisk has seen to it that they be treated the same as anyone else breaking his new laws – with extreme prejudice.

Although Reed and Sue Richards are subdued rather quickly, the others members of their team met with extreme force. Once the Thunderbolt Unit makes its way upstairs they unleash a hail of bullets without warning, in spite of the fact that the Richards children are directly in the line of fire. Thankfully, the Thing is able to protect Franklin and Valeria from the barrage before they all escape out the window in dramatic fashion. While this isn’t the first time that the Baxter Building has been made a target by villains, the team has rarely been dealt this severe of a blow.

The Fantastic Four aren’t strangers to controversy, but having their lives upended in this way is nothing like the challenges they have faced before. Even when the superhero community has been torn apart in the past during events such as Civil War, the Fantastic Four still managed to avoid scrutiny, even though they were privately divided over the Superhuman Registration Act. Now the team of heroes has been made into victims of Wilson Fisk’s new brand of law and order. Even worse, all of the inventions stored in the Baxter Building is now under the control of the former Kingpin, with nothing stopping him from putting Reed Richard’s greatest creations to horrifying use. 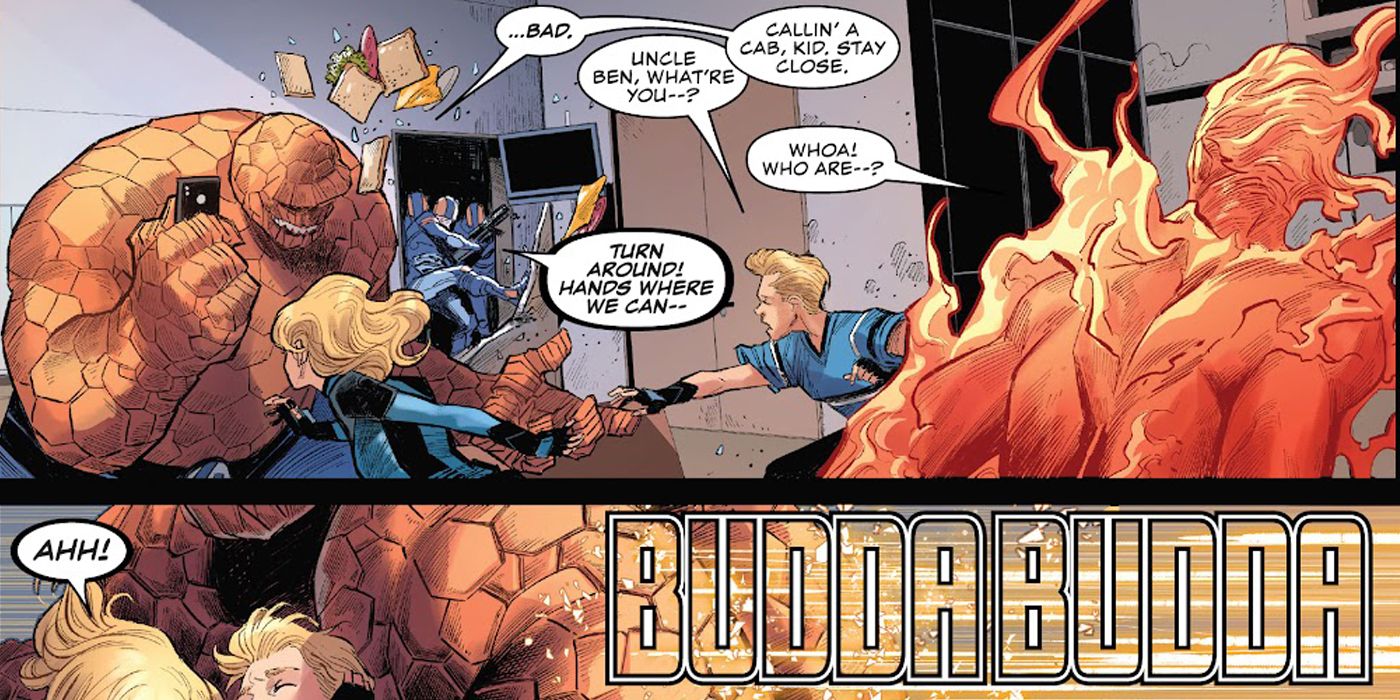 There is little doubt that the Fantastic Four members who are on the run will find a safe place to lay low before long, yet what exactly will become of Reed and Sue in the meantime is less certain. It’s hard to imagine that they will be of much use to the Kingpin on their own, but the technology that they’ve lost to his regime has the potential to do irreparable damage.

If the rest of Marvel’s First Family can’t pull themselves together before whatever Fisk has planned comes to fruition, being fugitives is sure to be the least of their concerns.

Why The Book of Boba Fett Needed That Mandalorian Episode