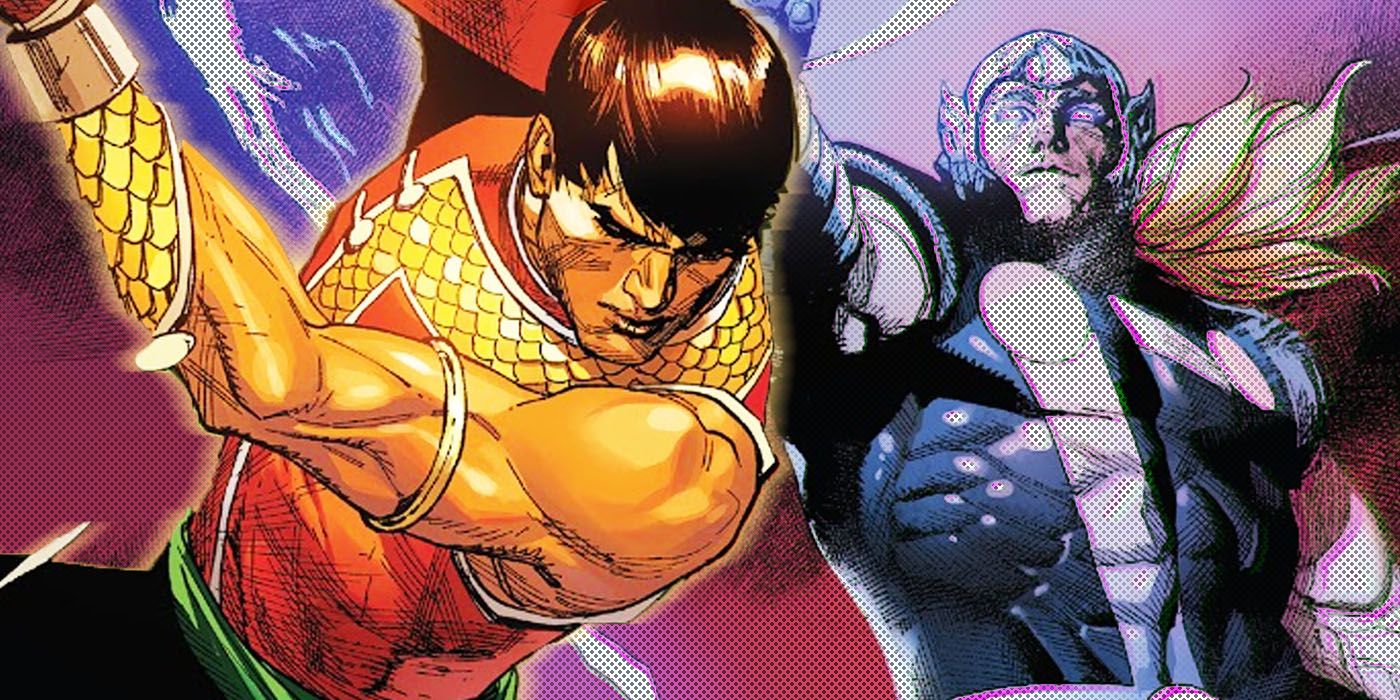 Shang-Chi has always been the Master of Kung Fu, but his most recent adventure have expanded his skills and put his existing talents to the test. Rather than hone these skills by facing villains like Death Dealer or Taskmaster, Shang-Chi has been facing his allies, such as Captain America, Iron Man and even Spider-Man. But in Shang-Chi #6 by Gene Luen Yang, Dike Ruan, Triona Farrell, and VC’s Travis Lanham, he faces his greatest challenge yet by going toe to toe with… the God of Thunder, Thor.

In the issue, Shang-Chi continues doing his best to run his father’s organization while trying to make his family and their operations go legitimate. In doing so, he’s had to play nice with various criminals, which has put him in the crosshairs of his closest friends. But things finally come to a head when the Avengers ambush him and his siblings to try and obtain the Cosmic Cube from them.

However, because Shang-Chi responds only at the same level of aggression as those who speak to him, he replies with a warning in the form of a kick to Iron Man’s helmet. That’s when things really… kick off.

RELATED: Marvel’s Russian ‘Thor’ Reveals His True Power – But Is He A Traitor? 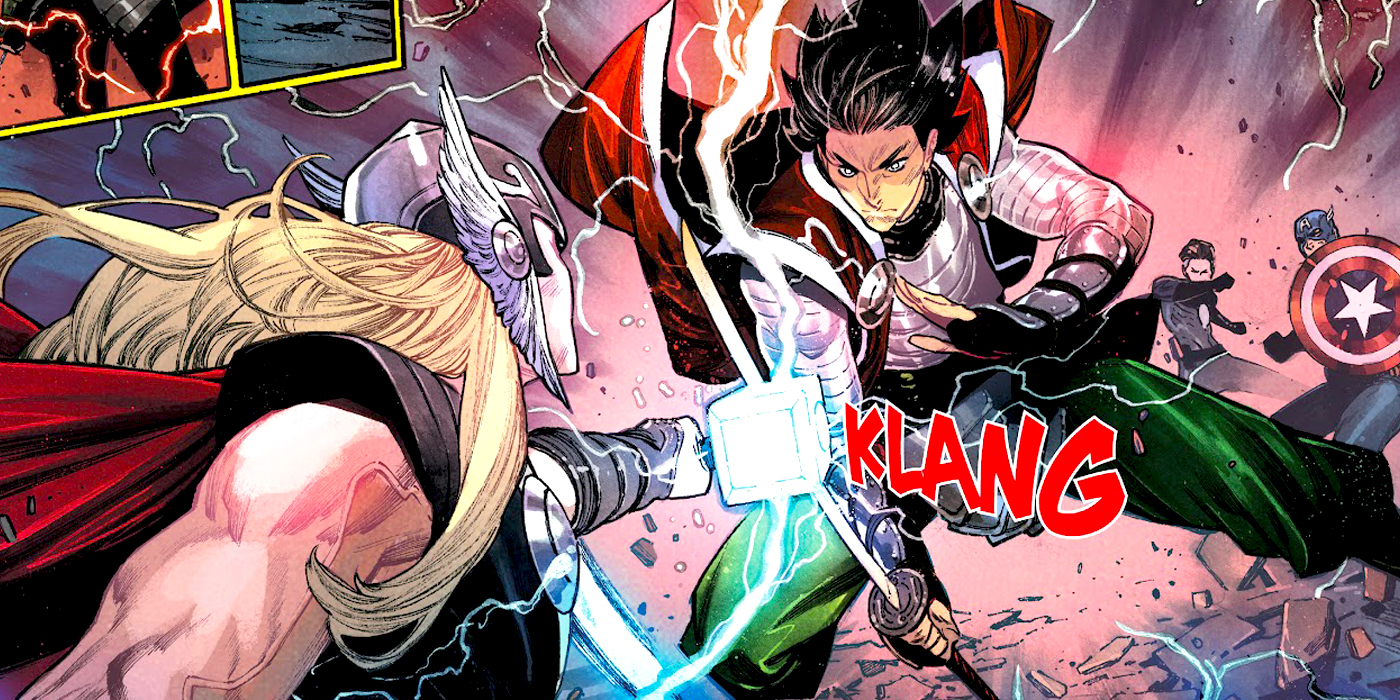 This sparks a battle that the Avengers hope to end quickly by calling in Thor. But Shang-Chi’s sibling, Brother Sabre, tosses him the Ten-Fist Sword of Takemikazuchi, the God of Blades and Thunder. The legend of the blade tells that Shang-Chi’s father, Zheng Zu, had hopes of capturing the power of the Gods by forging it. Sabre tells Shang-Chi that it’s a replica at first but reveals he’s lying when he tosses it to his brother. The moment it touches Shang’s hand, the power surges and makes him a God of Thunder as well.

The ensuing battle becomes a challenge for Thor, who can barely keep up with the speed and precision of the blade; Shang-Chi even slices his cheek. Though the sword empowers him, the battle itself is an impressive feat for Shang-Chi as he’s never gone toe to toe with a God like Thor. But just when victory was decided, deception strikes from an unlikely place that forces Shang to lose more than any battle.

RELATED: Why the Avengers Lost Faith in Shang-Chi Thanks to a Powerful Marvel Weapon 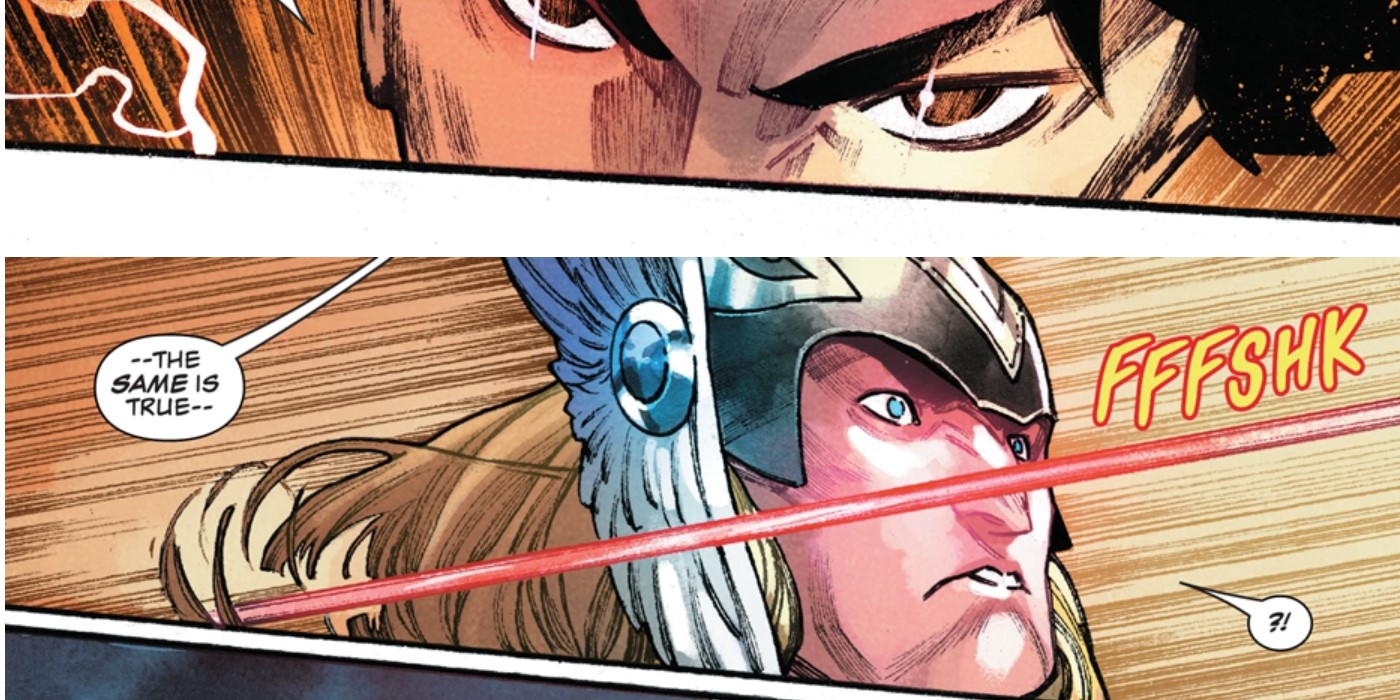 By responding to his thoughts, Shang-Chi realizes that the sword isn’t a sword at all. To test this, he commands Mjolnir to melt, and Thor’s hammer immediately liquifies. In that instance, he realizes that the blade is actually the Cosmic Cube in disguise, confirming Brother Sabre’s betrayal. The battle then ends with his brother being taken in by the Avengers and Shang-Chi losing the trust of his friends and family. It’s a challenging moment for the character that ends an arc about the struggles of being a good leader and a good person.

The issue’s irony stems from the idea that battles can be fought in many different ways. For example, when opposed physically, it can be a battle against a God of Thunder. But when the struggles go deeper than the physical, it can reveal wounds between families that even Shang-Chi can’t notice. As a result, readers are treated to an epic and unexpected fight where Shang-Chi fights like a God against Thor. But they’re also treated to a valuable lesson in why being a leader and loyal sibling and ally is nearly impossible to accomplish.