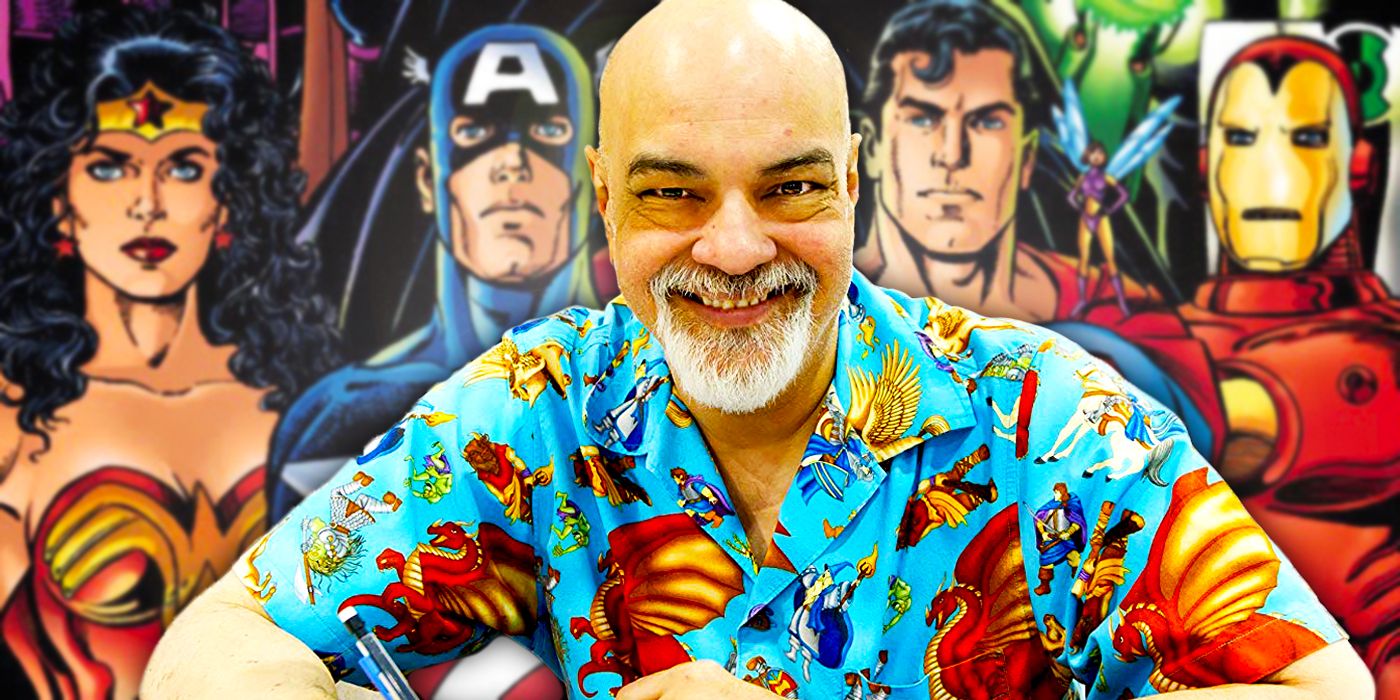 As one of the defining figures in comic book history, George Pérez’s work has inspired generations of artists and fans. Ever since his announcement on Dec. 7th that he is suffering from late-stage pancreatic cancer and has decided “to let nature take its course,” tributes and retrospectives have been pouring in as many are taking a look back at the massive impact the legendary creator has had on the entire comic book industry.

Given how influential a figure Perez has been, it is only natural that his work would have an influence on films and television series based on comic books he worked on, particularly with the Big Two publishers. This in turn makes him hugely influential in defining the identities of both the Marvel Cinematic Universe and DC Extended Universe. Let’s take a look here to see how his influence can be seen from beyond the pages. 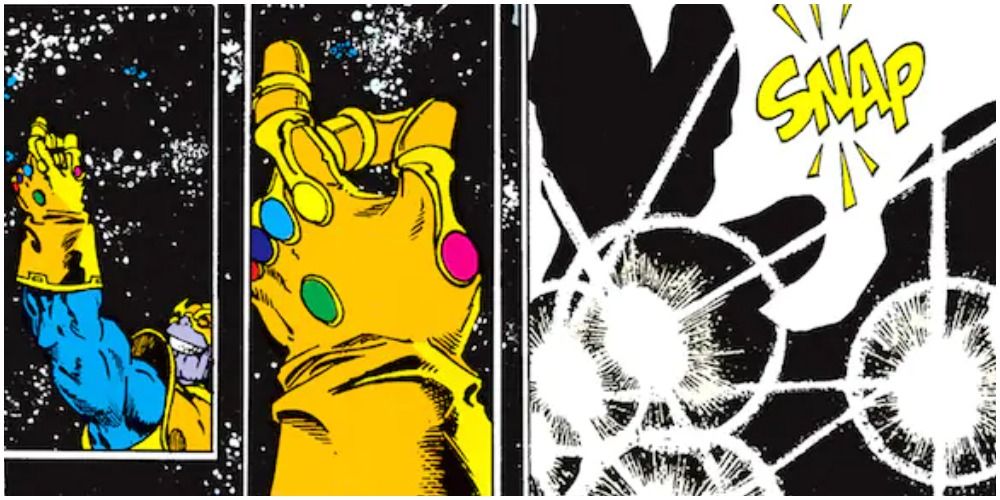 Throughout his career, Pérez was known for illustrating comics with a large cast of characters, particularly epic cosmic events that required as many heroes as possible to team up to stop some cosmic calamity from wiping out the universe. This made Pérez an ideal artist for The Infinity Gauntlet storyline that he worked on with writer Jim Starlin, which later became the basis for the “Infinity Saga,” the biggest MCU storyline to date.

While there were many unforgettable and iconic scenes in both the comic and its film adaptations, none are perhaps more well known and referenced as the iconic “snap” moment, when Thanos wiped out half of life in existence with a snap of his fingers. The scene has been memed and referenced endlessly since audiences first witnessed it in 2018’s Avengers Infinity War, but Pérez was the one to first illustrate the moment, and his depiction was arguably more ominous and terrifying.

Related: The Most Important DC Comics by George Pérez 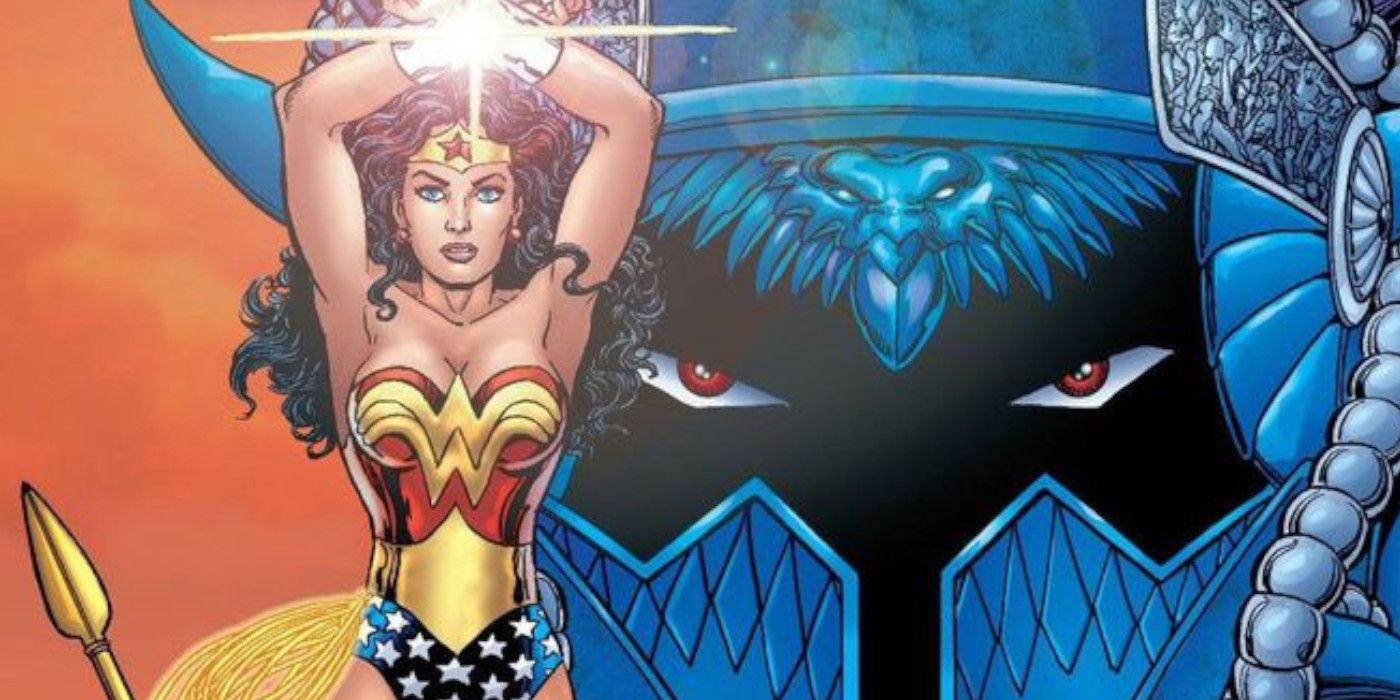 After Crisis on Infinite Earths (also drawn by Pérez), DC brought in writers to reboot the publisher’s nearly 40-year history. While John Byrne was handed the reins to redefine Superman and Frank Miller brought back the “dark” in “Dark Knight,” Pérez was given the role of writer and artist to redefine the Princess of Themyscira for a new era. His work on the title was nothing short of legendary and for many is considered the definitive Wonder Woman run.

In an interview with CBR in 2017, Wonder Woman director Patty Jenkins even stated how Pérez’s  work was a huge influence on her own film adaptation. His run would be responsible for the introduction for Themyscira (previously known as Paradise Island), deepening Diana and the Amazon’s ties to the Greek pantheon and setting up Aries as a major adversary. Moving away from problematic depictions of the character in the Silver Age, Pérez used the clean slate he had in DC’s Post-Crisis landscape to make Diana a more compelling and stronger character in a male-dominated world. Arguably the most influential creator to work on the character since William Marston created her in the ‘40s, it is plain to see how his work would later play a role in defining the DCEU’s Wonder Woman. 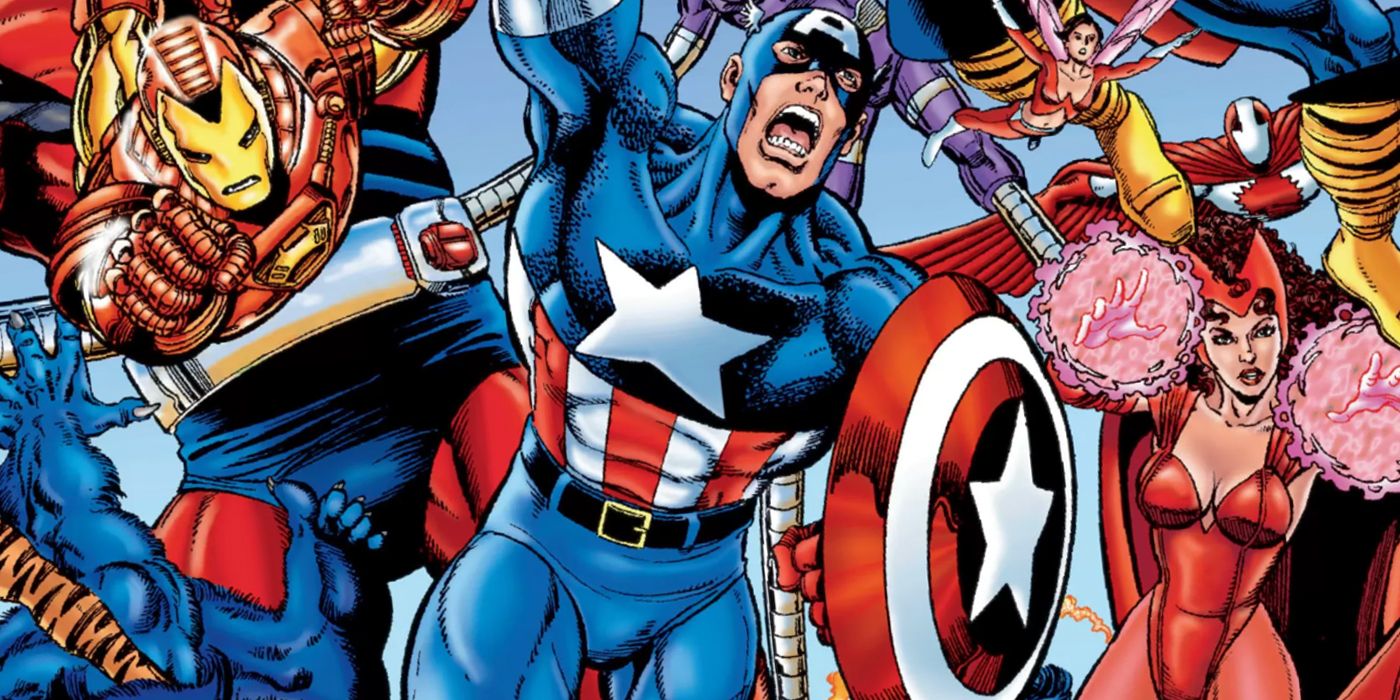 Perez had worked a great deal with Earth’s Mightiest Heroes, and it was with the superhero team that he originally came to prominence as an artist, beginning with 1975’s The Avengers #141 written by Steve Englehart. Pérez and writer David Michelinie would later co-create fan-favorite villain The Taskmaster in The Avengers #195, who would later menace Scarlett Johansson’s Black Widow in her 2021 solo film.

Pérez would later return to The Avengers title alongside writer Kurt Busiek for a critically acclaimed run that lasted from 1998 to 2000. One prominent storyline, “The Kang Dynasty” centered around Phase Four’s rumored big bad, Kang the Conqueror, and will likely influence the MCU’s take on the character, showing Pérez’s influence on comic book movies will only continue to grow.

Related: Marvel and DC: Reprint JLA/Avengers to Support George Perez – Then Do More 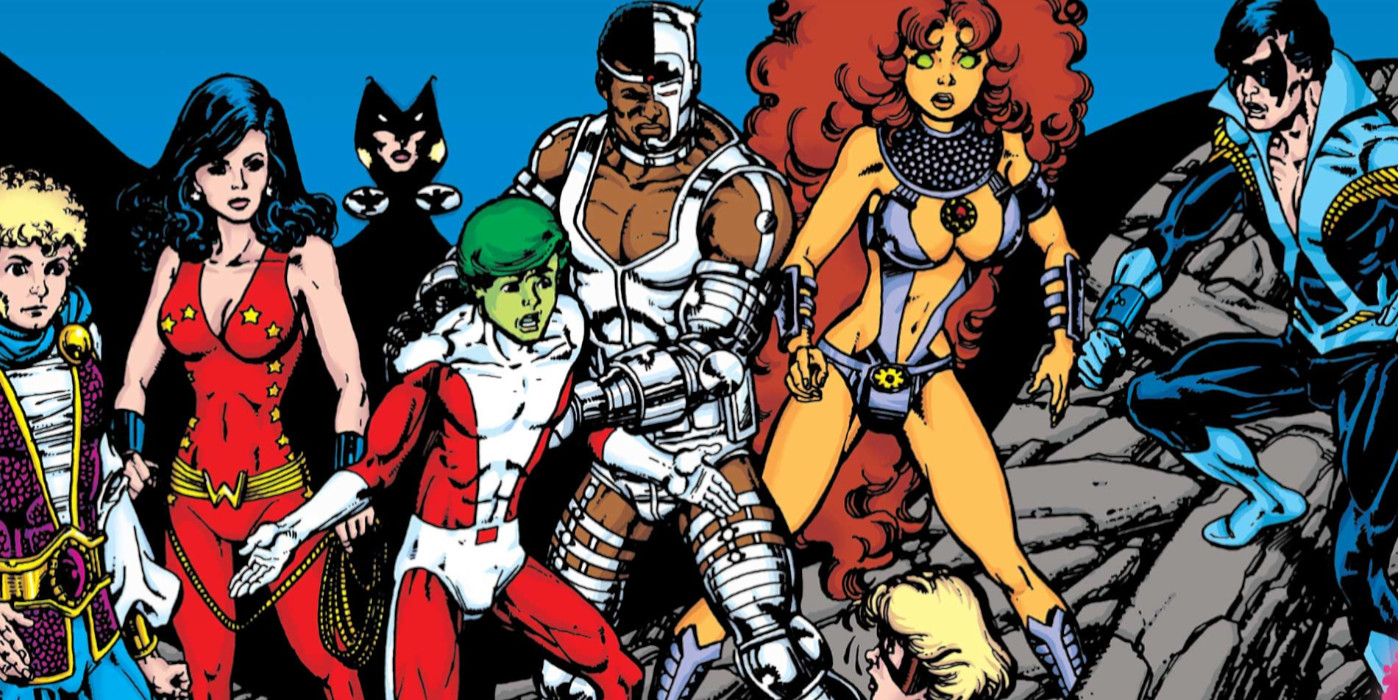 In the 1980s, Perez was paired with writer Marv Wolfman and the pair redefined the Teen Titans in a classic run considered one of the best in all of comics. While the Titans themselves have yet to hit the big screen, all television and animated adaptations use Wolfman and Perez’s epic run as a blueprint. Almost all Titans adaptations use the Perez/Wolfman line-up of characters the two created such as Starfire, Raven, Beast Boy and Cyborg (in the animated series) with Dick Grayson as either Robin or Nightwing in the lead.

The most famous storyline from their run, “The Judas Contract,” has been adapted twice in animated form. First, in the Teen Titans animated series and in the 2017 DC Universe Animated Original Movie of the same name. Revolving around Tera, a mole working for Deathstroke. The storyline is known for its heartbreaking ending involving Beast Boy, who falls in love with the traitor weeping as he holds her dead body, and for Dick Grayson giving up the Robin mantle to become Nightwing. 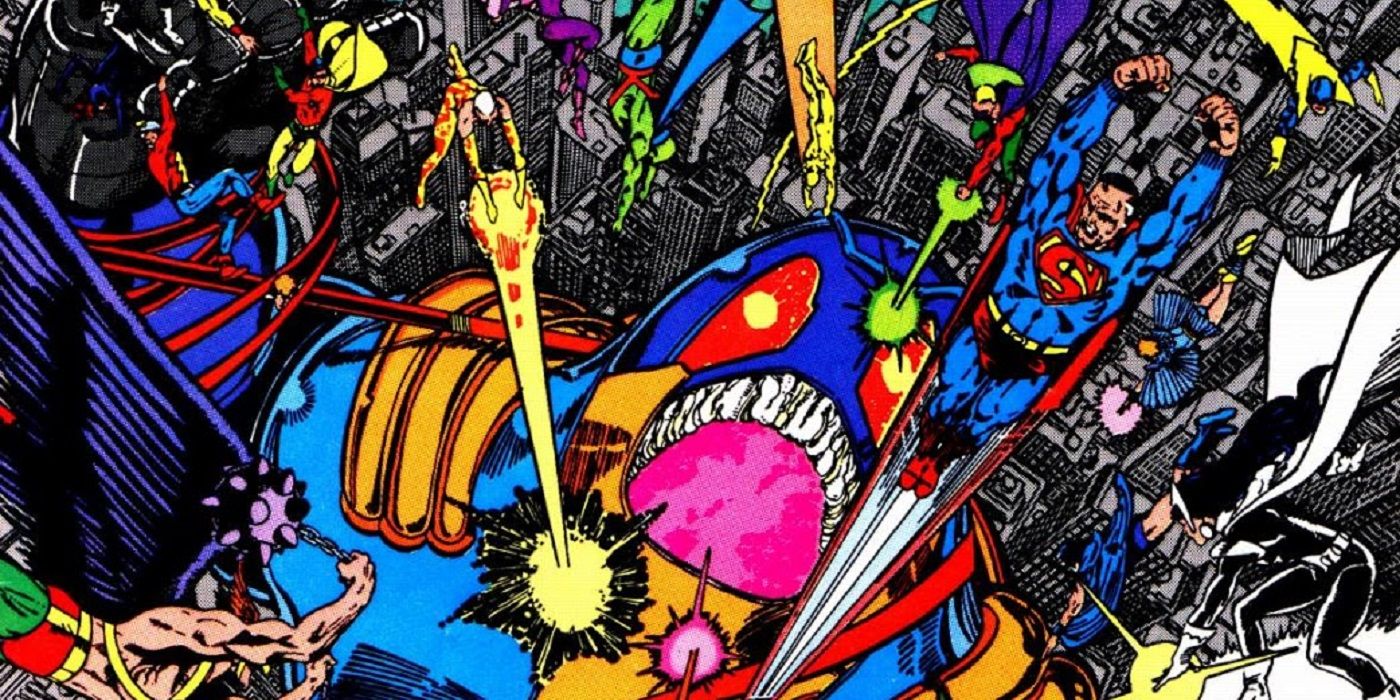 As mentioned, Pérez’s art style was natural for showcasing large casts of characters in colorful displays of an epic conflict. Nowhere was this more on display than in Crisis on Infinite Earths, where Perez was once again matched with Wolfman. Except for Marvel’s Secret Wars by Jim Shooter, Mike Zeck, and Bob Layton, it is considered to be the first major comic book crossover created by a publisher, and it completely changed the DC Universe forever. The events of the story saw decades of DC’s history altered and a new continuity put in place. It also solidified the terms “Pre-Crisis” and “Post-Crisis” into geek vocabulary when discussing DC’s vast history.

In December 2019 to January 2020, the CW’s Arrowverse made its own adaptation of the epic event spanning multiple universes through each of the Arrowverse’s then-running television shows and even gave Pérez a nod in their concluding episode. Of course, the CW’s adaptation could never compare to the scale of Pérez’s double-page spreads, due to their television budget, but the adaptation nonetheless captured the magic of multiversal events that the original Crisis made popular.

Pérez’s work has had a profound impact on both comic books and comic book movies and television shows. With some of his most iconic stories influencing many of the biggest comic book adaptations on both the big and small screen, it is also important to realize that many of these have only come in the last few years and it is likely that his legendary career will likely influence many more onscreen adaptations in the years to come.

KEEP READING: Line it is Drawn: The Line Pays Tribute to George Perez

GTA 6 Was Supposedly Almost Set in the Most Random Place