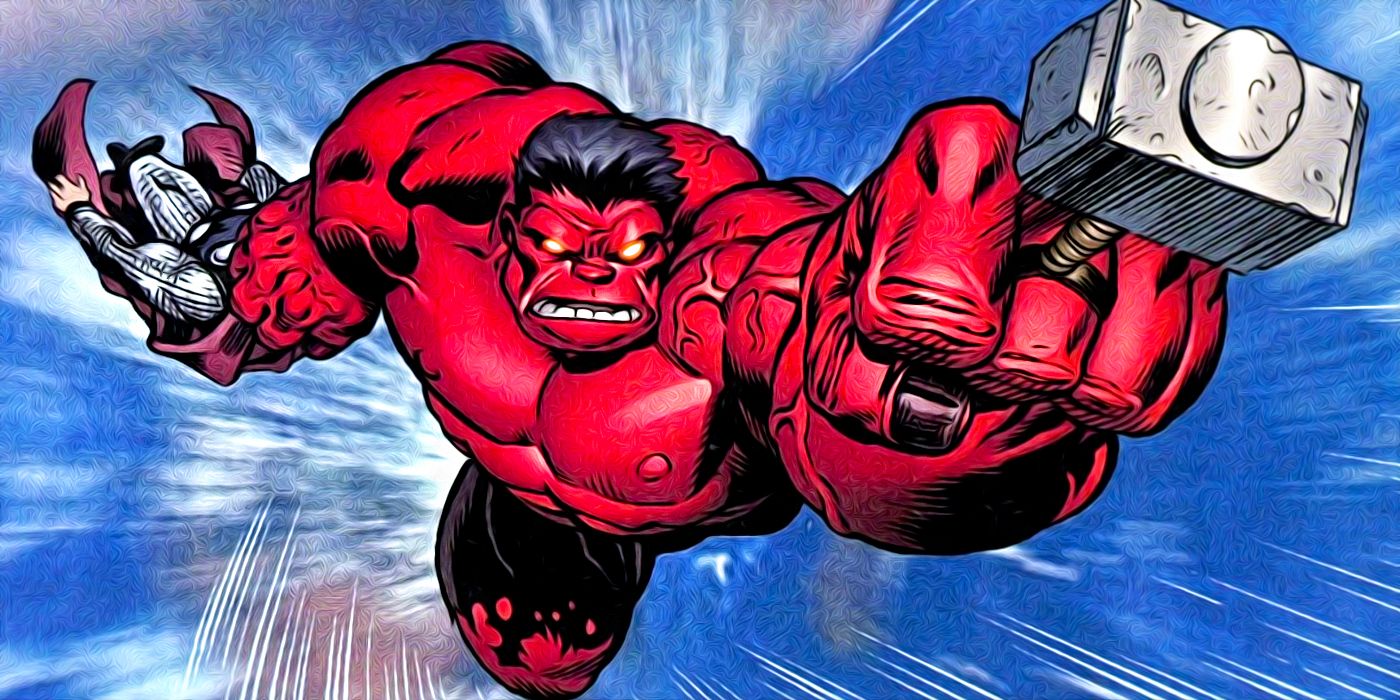 One of the Hulk’s deadliest enemies, the Red Hulk, managed to beat Thor within an inch of his life with his own hammer. How could this be, though? Mjolnir’s enchantment prevents anyone unworthy from being able to lift it, let alone use its power. Well, clever boy he is, the Red Hulk found a loophole, managing to use the hammer’s forward momentum to carry him and Thor into space, where the zero gravity negated the otherwise absolute rule to lift the hammer of “being worthy.”

From there, Red Hulk proceeded to beat Thor with Mjolnir before leaving him for dead. Now, there are some issues with how this was accomplished, aside from the simple fact that it’s blatant cheating… and yet, it is an incredibly clever workaround., one that might even find its way into the Marvel Cinematic Universe.

RELATED: Eternals: Why the MCU’s ‘Superman’ Started a Fight With a Hulk

As most Marvel fans know, Mjolnir is enchanted so that only the Worthy may lift it and wield its vast power. The qualifications for worthiness are rigid and only a handful of individuals in the Marvel Universe actually qualify at any given moment, and even then it isn’t a guaranteed permanent status. It can unequivocally be said though, that Red Hulk is not worthy to lift Mjolnir. What makes him so dangerous in comparison to his green counterpart is that he is a much more tactical creature. This you might expect, given he’s actually General Thaddeus “Thunderbolt” Ross, longtime enemy to the Hulk. Given his relationship with Bruce Banner and his green counterpart for years, Ross had studied up on his son-in-law’s Avengers associates, like Thor. And in Hulk #5 (by Jeph Loeb, Ed McGuinness, Mark Farmer, Jason Keith), as the Red Hulk, he managed to figure out a loophole to exploit that could easily be achieved with his enhanced strength and durability.

Launching both men into space, the lack of gravity meant that Mjolnir was not bound to any surface. This allowed Red Hulk to swing the hammer, much to Thor’s horror. While there seemed to be a brief flash of thunder, it did not appear that Red Hulk had access to Mjolnir’s full power. Instead, he used his own considerable might to repeatedly beat Thor with it. Whatever else Mjolnir is, it is a heavy object made of one of the most durable metals in existence. After a few solid swings, Thor was down and Red Hulk left Mjolnir on the moon. 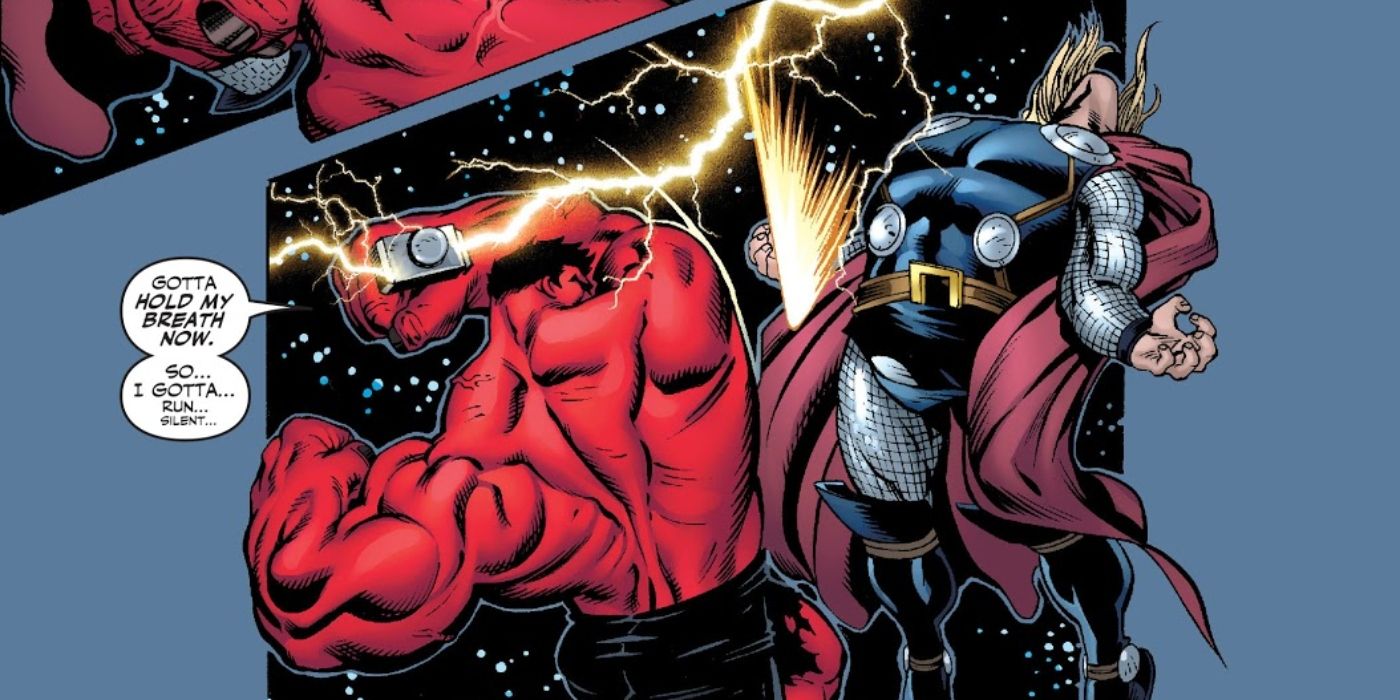 The move could be considered a cheap trick, or a brilliant tactical maneuver, depending on who you ask. But regardless of the labels any of us give it, it worked. It avoided the standard period of self-improvement to be worthy of the hammer by simply taking away its greatest ally: Gravity. What’s so galling is how well it worked, and how elegantly obvious a solution it was to a problem that had been plaguing some of the greatest minds and wills of the Marvel Universe. Clearly, Red Hulk wasn’t worthy, otherwise Thor might have died in that fight. But it established that Mjolnir’s enchantment is not infallible and probably made Thor weary about fighting with it in space for the rest of his life.

What’s aso worrying is that it can be applied to MCU. Lots of characters have tried to lift the hammer, but this point, only a few have accomplished it, with another soon being Jane Foster, who will step into the role of Thor in Love and Thunder. With Odinson going into space to adventure with the Guardians of the Galaxy, however, it is possible this move might be exploited by whatever villains they come across.

KEEP READING: The MCU’s Newest Wild Card Once Faced Off With the Hulk – and It Didn’t End Well

One Piece Promo Teases Chapter 1044 and its Game-Changing Reveal