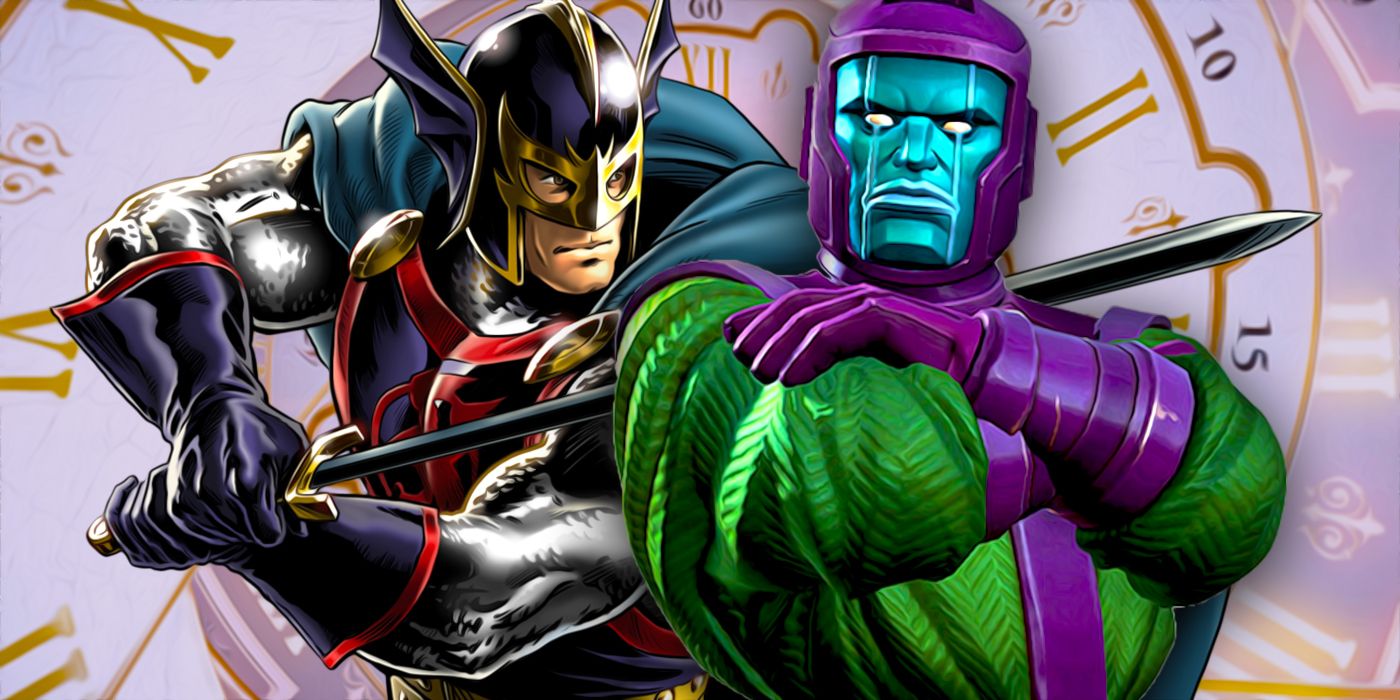 Phase 4 of the Marvel Cinematic Universe has steadily been adding to its growing roster of superheroes and supervillains, with a variant of the time-traveling enemy Kang the Conqueror making his debut at the end of Loki while the once and future Black Knight, Dane Whitman, was introduced in Eternals. At first glance, the two figures couldn’t appear to be more different, with Kang conquering entire timelines and shaping them in his totalitarian image, while Dane is a fantasy hero with Arthurian flourish and wields the mythical Ebony Blade. However, as different as these two characters may seem, they actually have a bit of feud in the Marvel Comics Universe, with Black Knight surprisingly coming out on top.

The Black Knight has something of a complicated history with the Avengers, with his uncle originally confronting the team as a supervillain before being mortally wounded in a battle with Iron Man. Claiming the Arthurian mantle and the Ebony Blade for himself, Dane sought to redeem his family name by becoming a superhero, though he was attacked by the Avengers upon his debut in the role as they confused him for his villainous uncle. Black Knight would become a provisional member of the Avengers after assisting them on the field, but it was Dane’s first showdown with Kang that proved why the Black Knight more than deserved his place among Earth’s Mightiest Heroes, and recognition as a full member of the Avengers.

RELATED: What Is Marvel’s ‘Forbidden’ Universe – and How Did the MCU’s Eternals Find It? 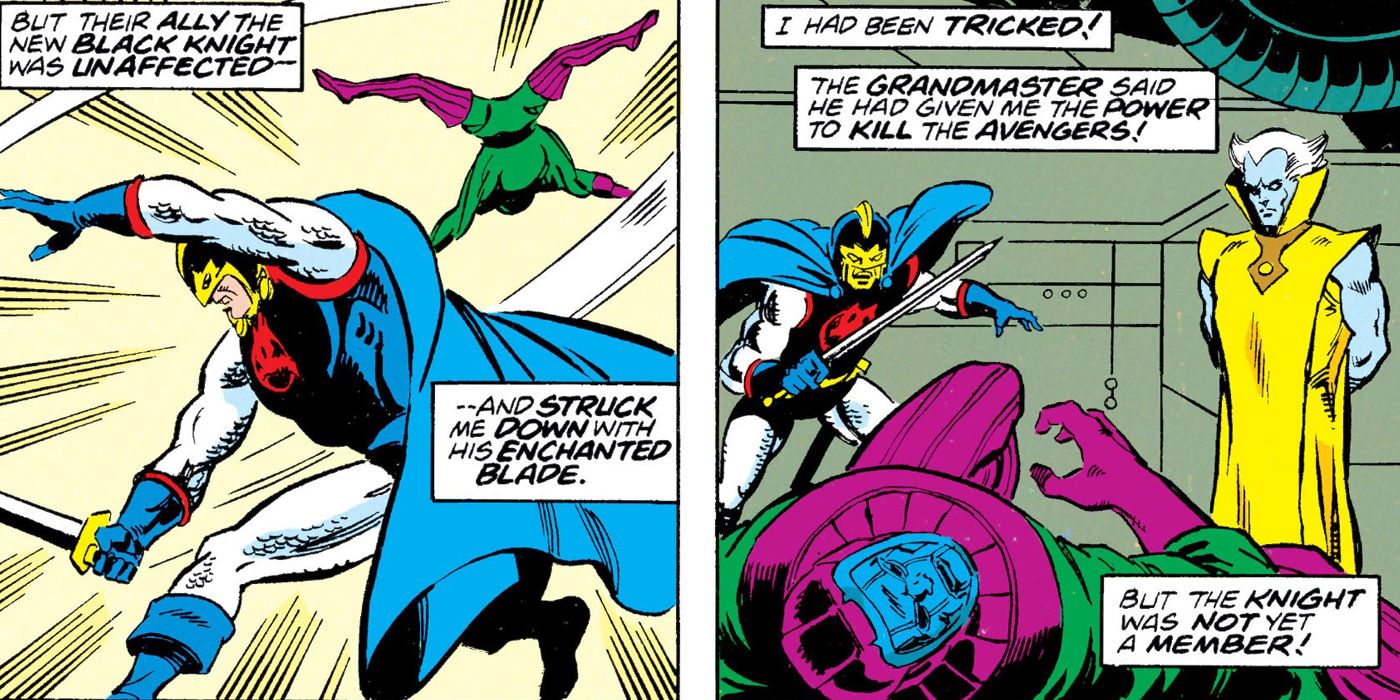 In 1969’s Avengers #69, by Roy Thomas and Sal Buscema, Kang and the Grandmaster enter an epic competition for the fate of Earth, foreshadowing a similar showdown in 1982’s Contest of Champions. Kang and the Grandmaster each handpicked a group of heroes to battle each other for supremacy. By the end of the competition in Avengers #71, Kang decided to use his new dominion over the Avengers to kill the team, but the Black Knight, only a provisional member of the team, is unaffected by Kang’s powers temporarily granted by the terms of the contest, and easily defeats Kang, driving the supervillain into retreat as he relinquishes his control over the Avengers.

For his bravery in saving the Avengers’ lives, the team granted the Black Knight full membership to officially join their ranks, though his time on the team would be a particularly turbulent one, especially as his romance with teammate and Eternal Sersi frayed.

RELATED: Thanos Just Killed One of the MCU’s Newest Heroes – and He’s Just Getting Started

Following an incident that led Dane to wield the Ebony Blade against his teammates, the Black Knight would only serve on the Avengers sporadically after this incident, with many of the team seeing the Ebony Blade’s curse over Dane as a deadly liability. For his part, Thor revealed that he was never a particular fan of the Black Knight, referring to him as the most annoying hero to ever serve on the Avengers while Dane struggled in proving his continued worth. This internal feud has recently become more interesting, given the Black Knight has become something of a foil for Marvel’s thunder god. His Ebony Blade also has an enchantment, similar but opposite to Thor’s, nand it gives him the power of a god. That sort of thing does no favors for superhero spats. And then, there is the matter of Kang.

Kang never quite forgot his previous humiliation at the Black Knight’s ends and, during the crossover event King in Black, Kang and Dane would have an awkward reunion. After the Black Knight was soundly defeated by the villainous Mister E for the Ebony Blade, it was Kang who arrived on the scene to personally rescue Dane, much to the Black Knight’s visible embarrassment. Fortunately, the two old foes had a mutual enemy in Knull, the dark god of symbiotes, and set aside their differences — at least for a moment — to recover the sword and focus on the intergalactic tyrant at hand. 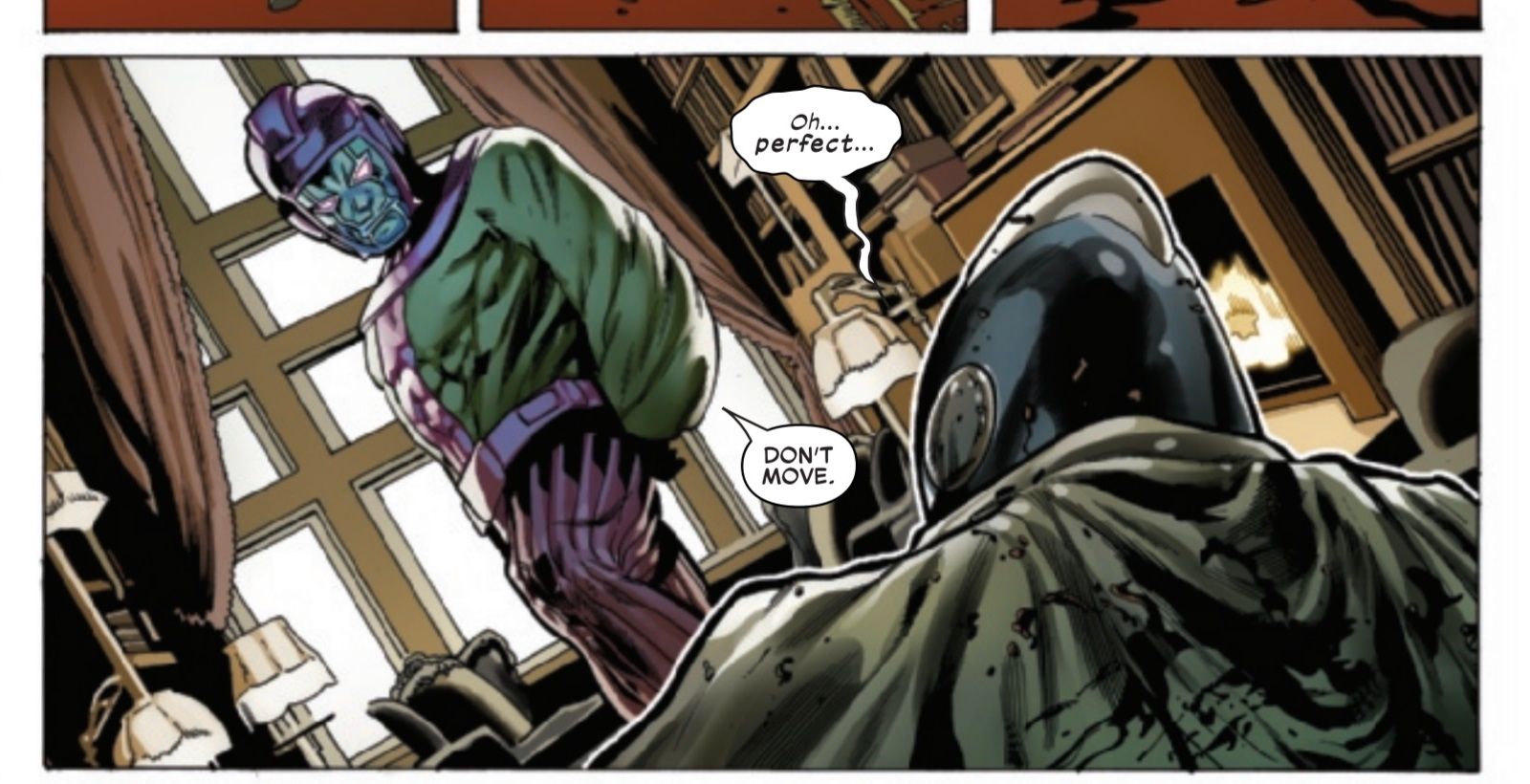 The Black Knight is still steadily earning his way back into the Avengers’ good graces but has a long way to go, especially with Thor, to regain their respect. But with Kang continuing to be a threat to the Marvel Universe, both in the comics and the MCU, it’s only a matter of time before the two old enemies cross swords again, literally, for a rematch to remember.

KEEP READING: Eternals: Why the Rest of the Marvel Universe Forgot Their First Series

One of Batman’s Most Iconic Covers Just Sold for Nearly $2.5M