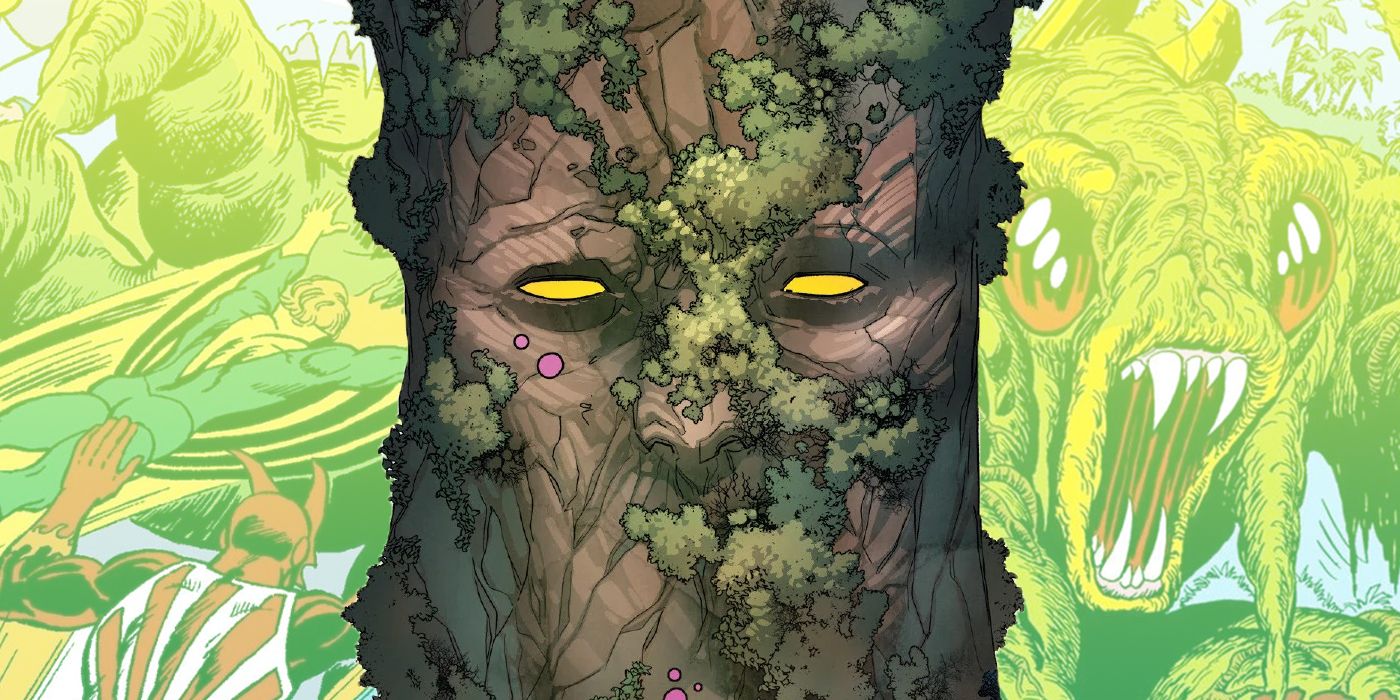 The internal politics of the X-Men’s newly formed nation of Krakoa can be considered complicated, at best. Although its ruling body, the Quiet Council, is publicly united in its pursuit of mutantkind’s best interests, relationships among its members have grown strained due to conflicting views on the issues plaguing Krakoa.

In X-Men: Unlimited #12, by Gerry Duggan, Emilio Laiso, Rachelle Rosenberg and VC’s Joe Sabino, the Quiet Council’s tensions are on full display during the trial of Nature Girl and Curse, young mutants who have carried out a campaign of eco-terrorism against humanity under the name X-Men Green. Although the trial concludes with a guilty verdict, Nature Girl and Curse are spared the mutant nation’s worst punishment by none other than the island itself.

RELATED: The ‘Eco-Terrorist X-Men’ Escaped Marvel’s Death Sentence – Can They Be Redeemed?

Although it’s not technically a member of the Quiet Council, the sentient island upon which the nation is founded has been granted some say in its governance through its representative, the omnilingual X-Men veteran Cypher. Sympathizing with X-Men Green’s mission to protect Earth from pollution, Krakoa and Cypher betray the Quiet Council and secretly release Nature Girl and Curse, an act that could have devastating consequences for the nation. 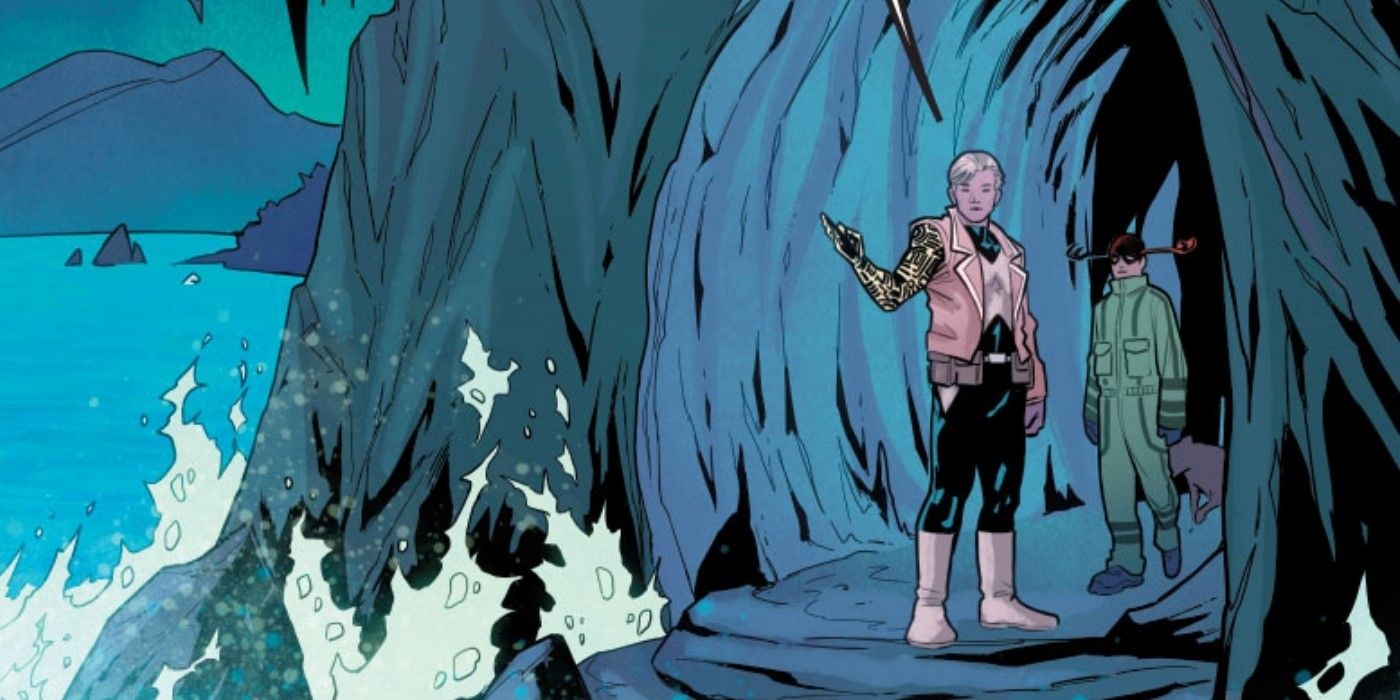 During the trial, Nature Girl wastes no time pleading guilty to the many deaths she caused during her attacks on Las Vegas and the Cynadine Oil Refinery. However, she argues her actions were necessary to save the planet, which all species, including mutantkind, depend on. Magneto attempts to argue that Nature Girl’s actions were unnecessary by pointing out that mutants have colonized other worlds. Instead, Nature Girl could bond with their ecosystems if Earth’s fails. Nature Girl responds by revealing that her mutant ability to bond with nature is unique to Earth. During a trip to the recently terraformed Mars in the wake of the Hellfire Gala, Nature Girl felt what she describes as an “allergic reaction” when she attempted to commune with its ecosystem. Although Earth is not the only planet that Nature Girl could go to, it’s the only one with which she feels any real connection.

Although this argument fails to sway the other members of the Quiet Council, it strikes a chord with Krakoa. After finding X-Men Green guilty, the Quiet Council sentences them to “exile” in the pits beneath Krakoa, only for the island to voice its first-ever objection. After the Quiet Council insists that X-Men Green must answer for their crimes to preserve Krakoa’s standing with other nations, the sentient island reluctantly complies and casts Nature Girl and Curse into the silent darkness below. Sometime later, the two are released from their prison by Cypher, who reveals that Krakoa agrees with their cause. Having traveled into space itself, Krakoa also believes Earth is its one true home and allows X-Men Green to escape to the mainland to continue the fight. The island even gives Nature Girl a special scepter, officially endorsing her environmentalist mission. 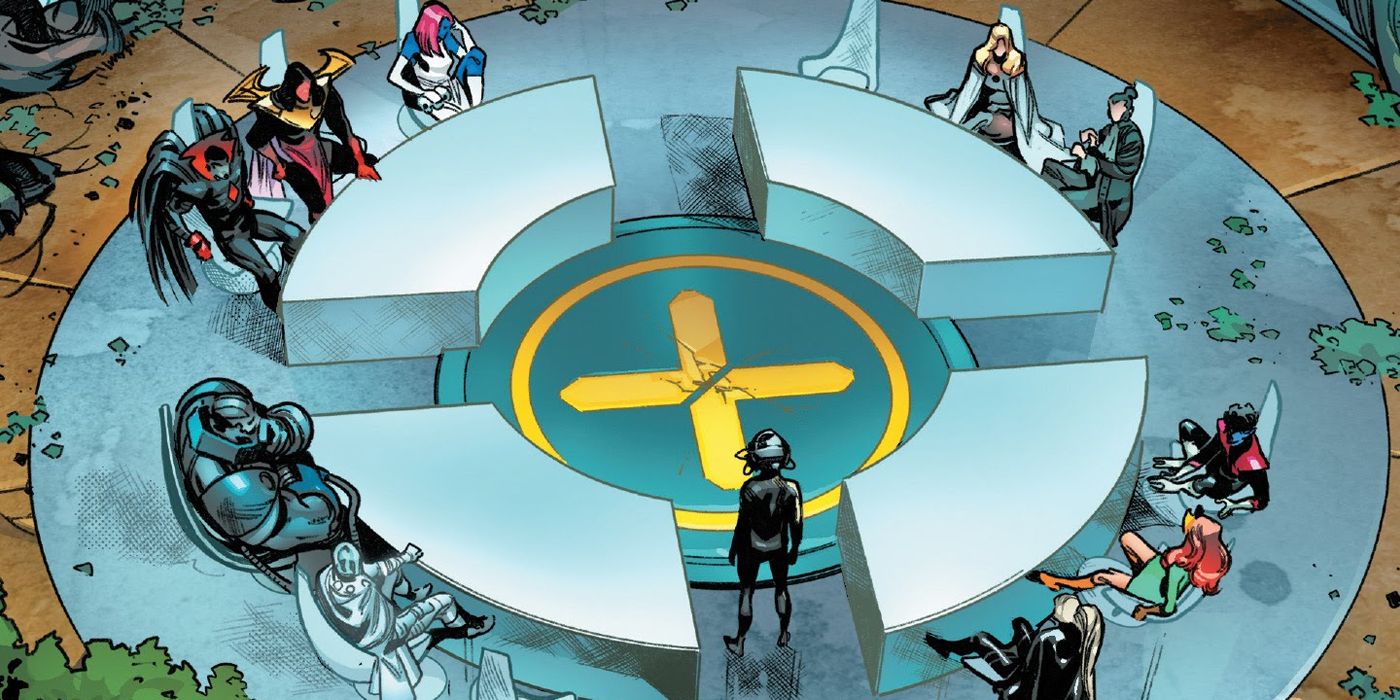 Cypher’s insistence that X-Men Green leave as quickly and quietly as possible all but confirms that the Quiet Council are not aware of what Krakoa is doing. This means that the island is directly defying the Krakoan government by letting them go. Considering that many of the Quiet Council’s members are telepaths, it’s only a matter of time before they discover Krakoa’s treachery. Tensions within the legislative body are already high, as the recent Inferno storyline has shown, and the discovery that the very ground they walk on has defied their authority will almost certainly send them into an uproar.

Despite the authority that they wield over Krakoa’s citizens, the Quiet Council is effectively powerless in the wake of Krakoa’s actions. Everything within Krakoa, including food production and the transit system, is entirely dependent on the cooperation of the sentient island. That grants Krakoa almost complete power over the mutant nation. To make matters even worse for the Quiet Council, Krakoa is also capable of sapping the life force from any living organism, which means the sentient island could kill nearly any mutant that calls it home, at any given moment. With that kind of leverage, Krakoa can effectively do whatever it wants.

Since the day they first convened, the Quiet Council’s main goal has always been to ensure the safety of mutantkind.  Nevertheless, Krakoa’s defiance is a grim reminder that the future of mutants isn’t as secure as the council members would like. With their nation’s literal heart free to defy them, Krakoa’s future is looking bleaker than ever.

KEEP READING: The X-Men Just Gave Humanity the Best Gift – But Was It Sincere?

Why Did Jeff Hardy Turned Down WWE’s Hall of Fame Offer?