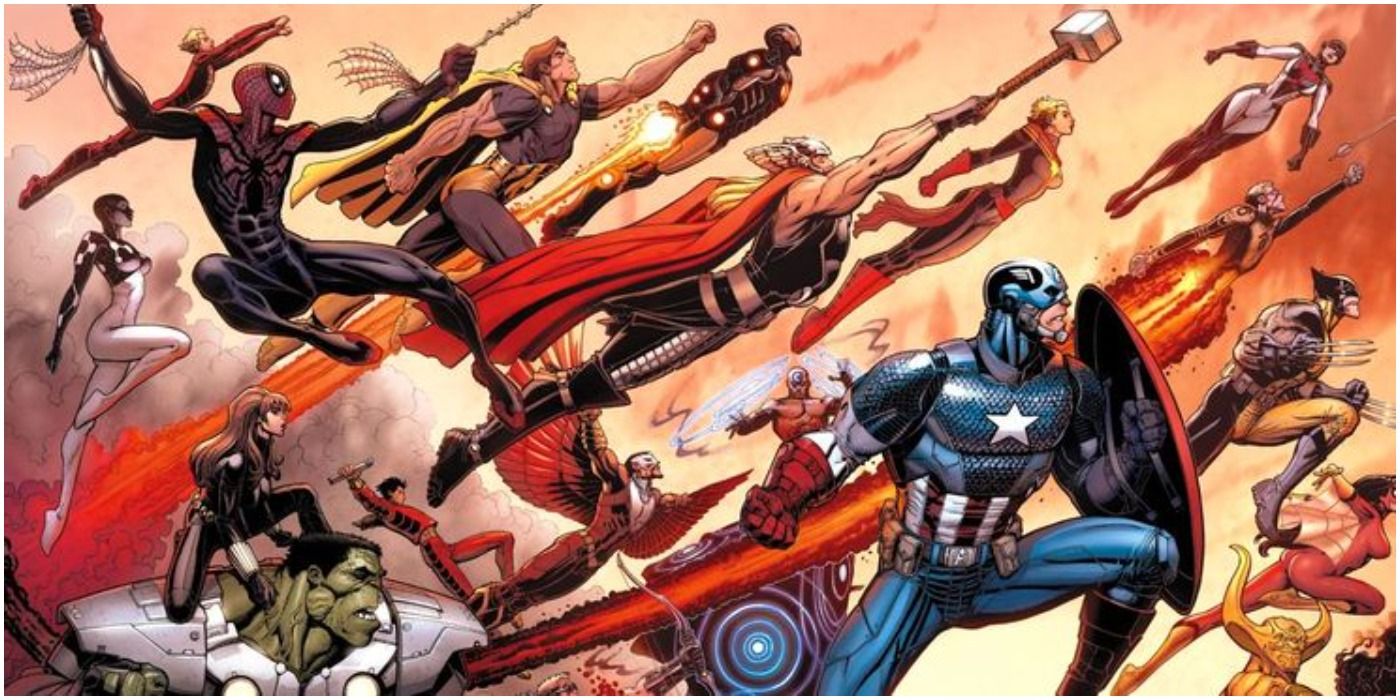 Avengers #50 (by Jason Aaron, Aaron Kuder, Carlos Pacheco, Ed McGuinness, Javier Garron, Rafael Fonteriz, Alex Sinclair, David Curiel, Matt Hollingsworth, Rachelle Rosenberg and VC’s Cory Petit) sets the stage for the future of Earth’s Mightiest Heroes in multiple ways — restoring She-Hulk to her classic form, teasing the potential future of Starbrand, and setting up a titanic fight against the multiversal Masters of Evil. But along the way, one minor hero is finally starting to get his due, and might be the key to saving the day.

This landmark issue reveals Ka-Zar’s newest power upgrade, and confirms that the classic hero is finally getting some long overdue recognition of his skills and potential.

RELATED: Marvel Proved How Ruthless a ‘Dead’ MCU Avenger Would Be as a Villain 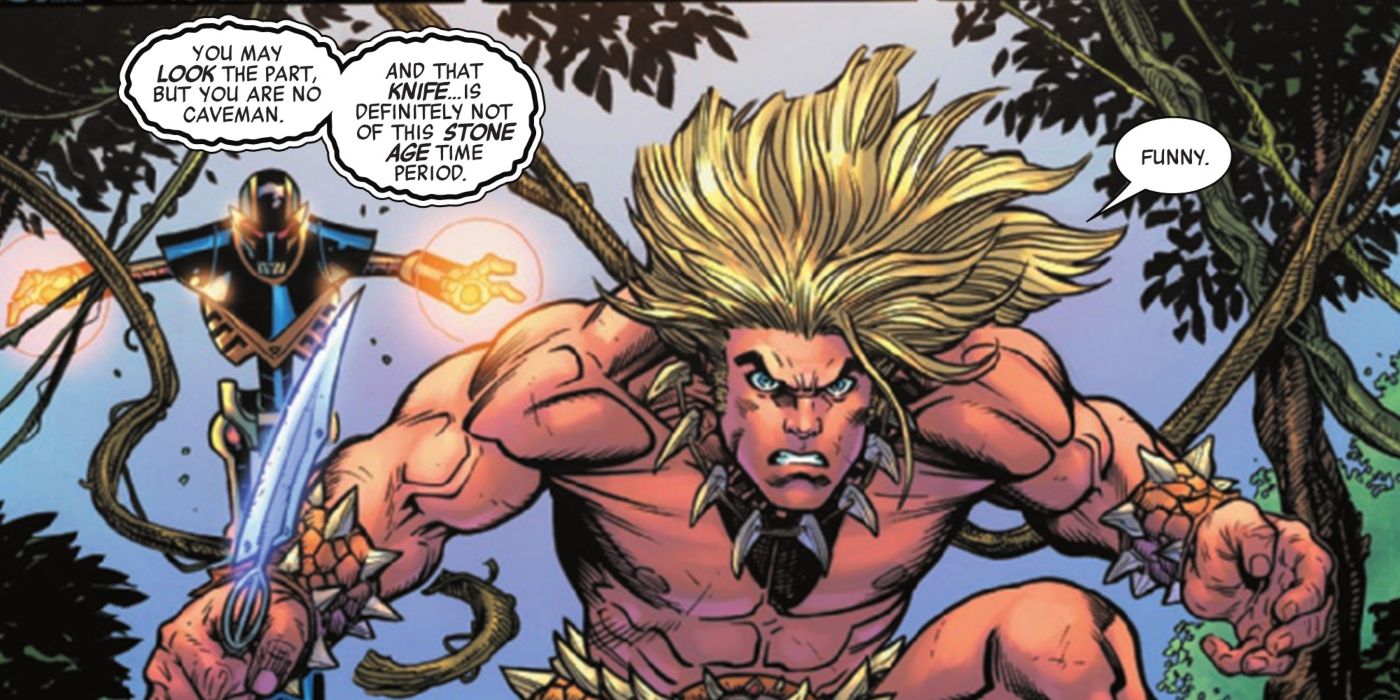 At first glance, Ka-Zar is a fairly straightforward hero. Kevin Plunder has spent most of his life surviving and adapting to the Savage Land, giving him a host of skills that offset his lack of powers. However, Ka-Zar hasn’t let this stop him from being quite formidable in his own right. His adaptability makes him one of Marvel’s best hand-to-hand fighters, and he’s held his own against plenty of threats over the years. Recently, he’s even been granted a connection to the Savage Land that finally imbued him with powers, effectively making him Marvel’s version of Animal Man.

Over the years, Ka-Zar has proven himself to be the equal of respectable heroes like Spider-Man and the X-Men, fought against Magneto and the High Evolutionary, and in one famous instance was able to take on — and even defeat — Thanos, one of Marvel’s most powerful villains. Ka-Zar has always been quietly impressive, even if he hasn’t always gained the respect and attention of the rest of the world. His current position as an Agent of Wakanda and associate of the Avengers has raised his profile, but his new duty across the timestream might now make him one of Marvel’s most important figures. 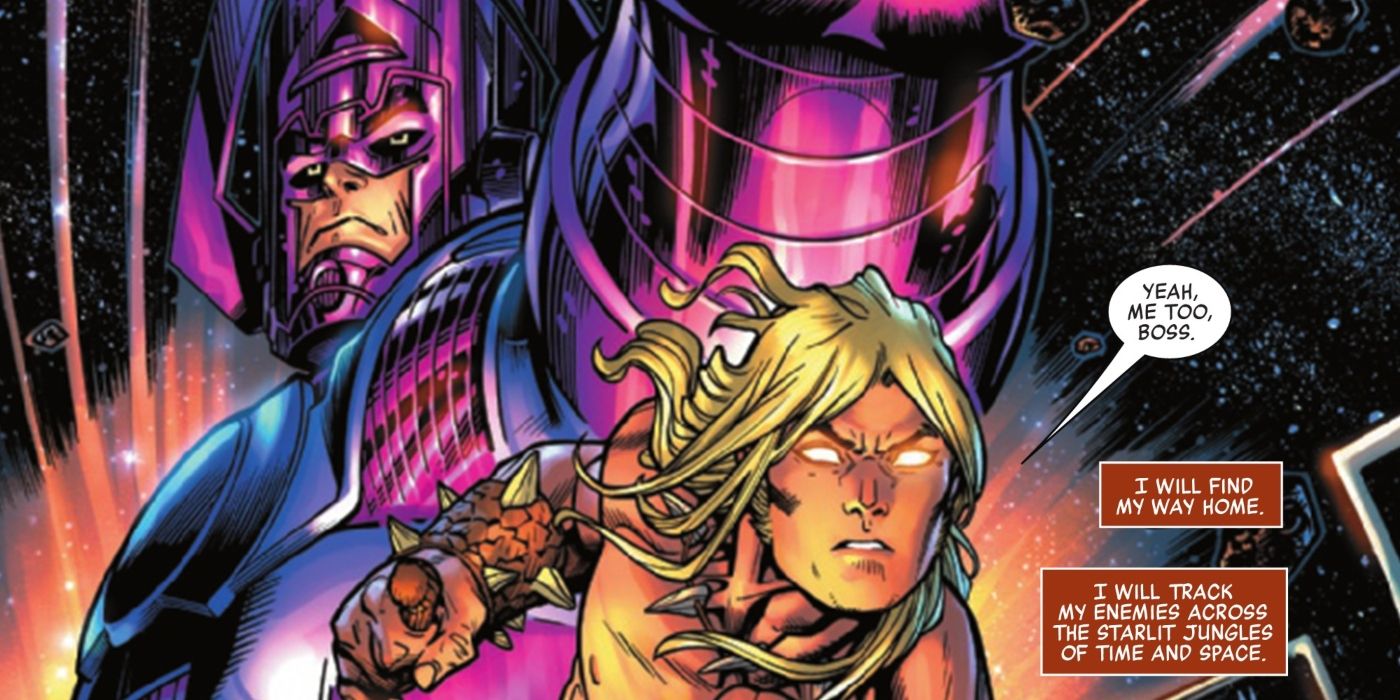 In Avengers #50, Ka-Zar is revealed to have been sent on a mission into the past to witness the earliest iteration of the team. Using a time-knife, Ka-Zar ventures across time and space, encounters the Phoenix Force, and is eventually targeted by Mephisto’s Iron Inquisitor. Ka-Zar survives their encounter and finds himself face-to-face with Galactus, noting to himself how he’s always been fighting things technically outside of his weight class with nothing but a knife. He apparently does so impressively against the cosmic force that Galactus transforms Ka-Zar into his newest Herald.

This is perhaps one of the best upgrades any hero in the Marvel Universe can gain, meaning that Ka-Zar is now operating at the same impressive power level as heroes like Thor and the Silver Surfer. Even if it’s only temporary, this power boost elevates Ka-Zar in the power hierarchy of the Marvel Universe. The highly underrated hero is finally getting the kind of attention and respect he’s long deserved, and he is now in position to become one of the most important figures in the upcoming battle against the multiversal Masters of Evil.

KEEP READING: Doctor Strange’s Murderer Is Exactly Who You Think – But Is That A Good Thing?

Star Wars: Galactic Starcruiser Experience All Depends on the Choices You Make