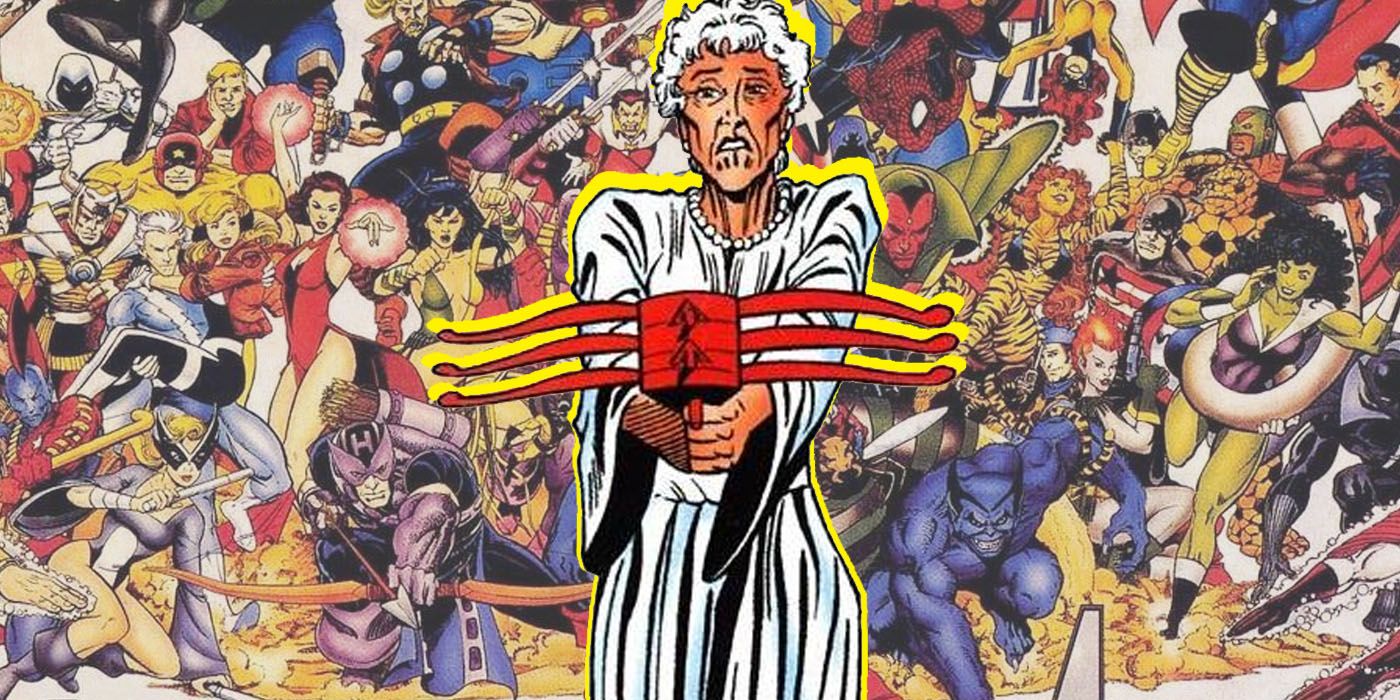 Today, see how Kate Bishop’s actor aunt on the Hawkeye TV series actually somehow became an Avenger in the comics, where she had a whole OTHER Hawkeye connection.

This is “Foundationed Deep,” a feature where we look at particular odd/strange/interesting instances of retroactively connecting different comic book characters (for instance, Uncanny X-Men #268 retroactively established that Wolverine knew both Captain America and the Black Widow from World War II).

I guess it’s technically a spoiler, but it is so minor that I don’t feel like treating it as one. That said, I guess that was inadvertently a spoiler anyways, right? Anyhow, one of the cool Easter Eggs in the new Hawkeye series on Disney+ is that Kate Bishop hides out in her aunt’s apartment. Her aunt is an actor named Moira Brandon. This, of course, is an homage to an actor in the Marvel Universe who has a connection to Hawkeye, Clint Barton. Her connection was so strong that she actually was MADE AN AVENGER! This is her story.

As an aside, while this is still present nowadays on the internet, there really is nothing quite like reading one of those Official Handbook of the Marvel Universe books (or books like it) when it lists a whole pile of members of a team and you can just sort of marvel at some of the obscure names that you don’t recognize and wonder, “What’s their deal?” So it sort of amuses me how those lists always seemed so sacrosanct when I was a kid when really, it is so easy to get on to those lists, as sometimes you just need to appear in a back-up story one time, like Moira Brandon.

You really could make the argument that the introduction of Moira Brandon is really a case of “Provide Some Answers,” my feature about long-resolved plot points, because Moira kind of sort of was first addressed in Avengers #246 (by Roger Stern, Al Milgrom and Joe Sinnott) when we learned that Hawkeye and Mockingbired were in the midst of getting their new headquarters for the West Coast branch of the Avengers set up (this was back when Stern still planned for the West Coast branch to be recurring supporting characters in the main series and not receive their own ongoing series) and that they were using the old estate of a silent film star to do so… 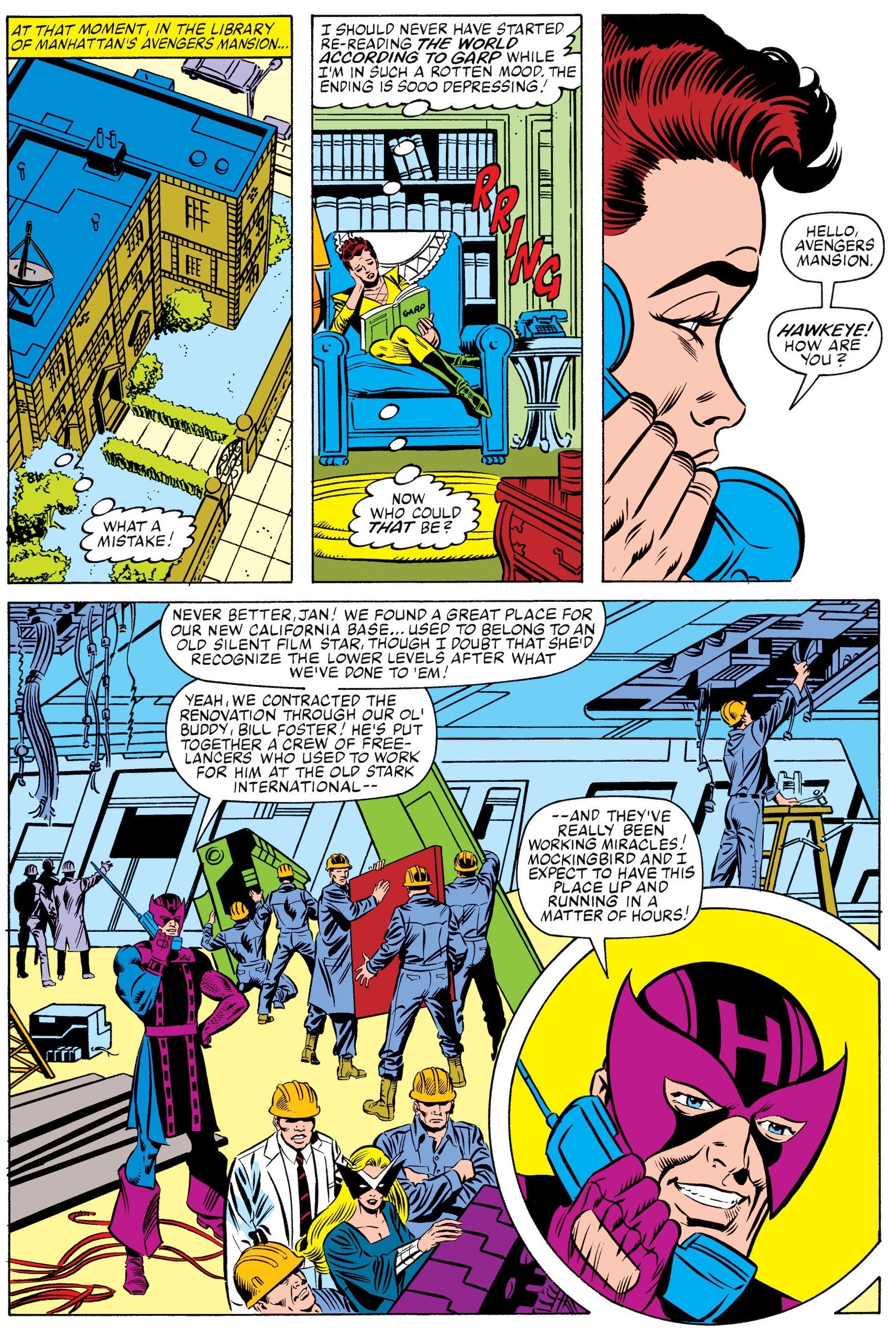 Roy Thomas is a masterful writer when it comes to taking odd little clues like that and expanding them into new stories, but I think that Hawkeye’s bare mention of the silent film star compared to what we would later learn about Moira makes me think that it is still really more of a retroactive story here than anything else.

Avengers West Coast #100 was the finish of a rather long run on the series by Roy Thomas (mostly working with his wife, Dann). He was brought in to finish out John Byrne’s aborted “Dark Scarlet Witch Saga” storyline and stayed for almost 40 issues on the book. He was replaced by the writers, Dan Abnett and Andy Lanning, who would set up the book’s transition to a new series, Force Works. In Avengers West Coast #100, Hawkeye’s estranged wife, Mockingbird (they had just gotten back together) was killed by Mephisto. Hawkeye visits her grave in a back-up story by Thomas, with art by Don Hudson and Charles Barnett. He reflects back on how he and Mockingbird had visited Los Angeles, looking for the new home of the West Coast Avengers. Bill Foster, Giant-Man, somehow let them in on an estate being offered that would fit their needs perfectly (I know Foster was one of the few Marvel heroes based on the West Coast at the time, but it’s still weird having him do their real estate legwork for them). 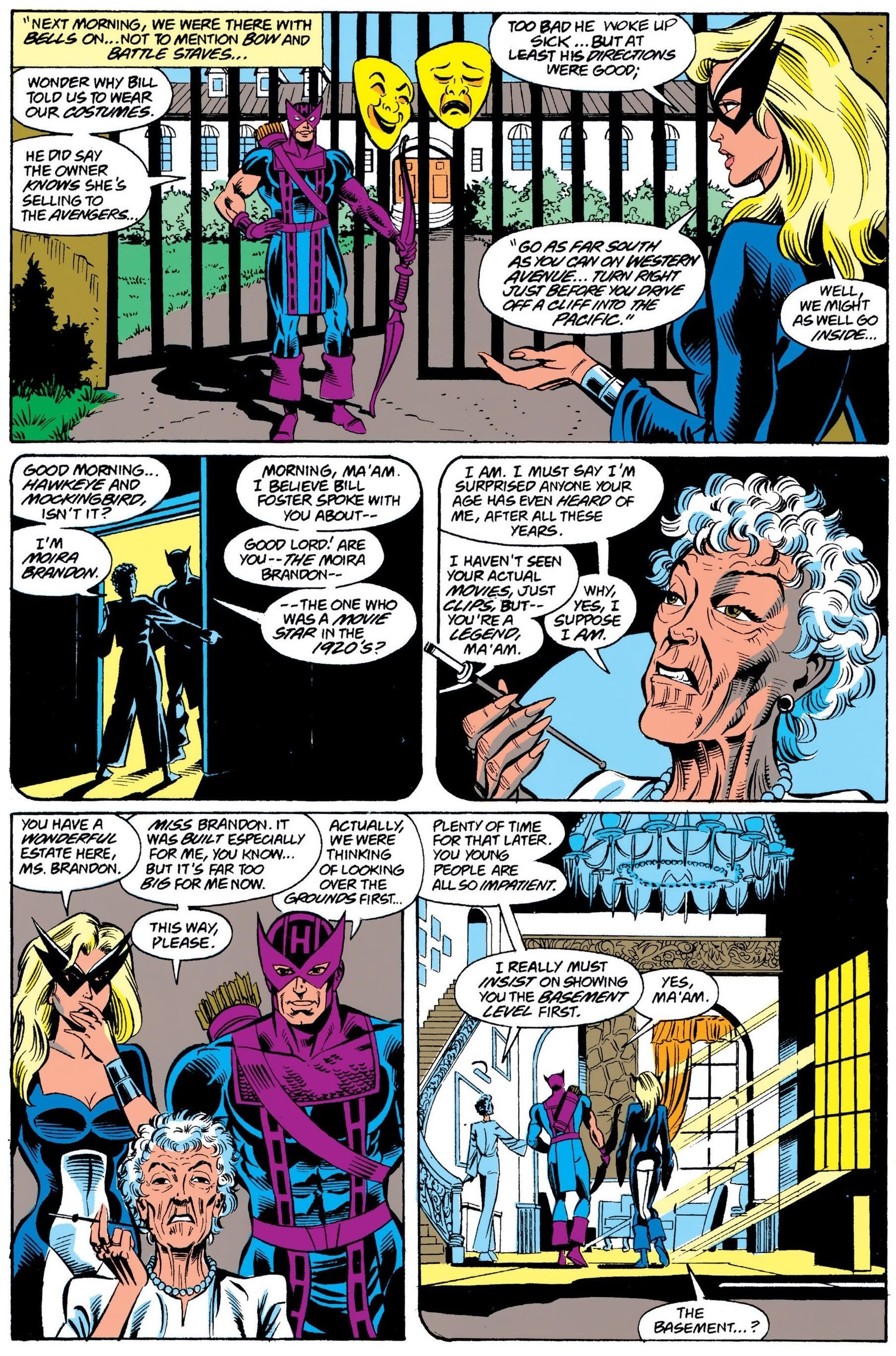 She takes them to her house, insisting on showing them her expansive basement level, while she makes a cryptic comment to Mockingbird about how she could never be brave in real life, not like people like Mockingbird… 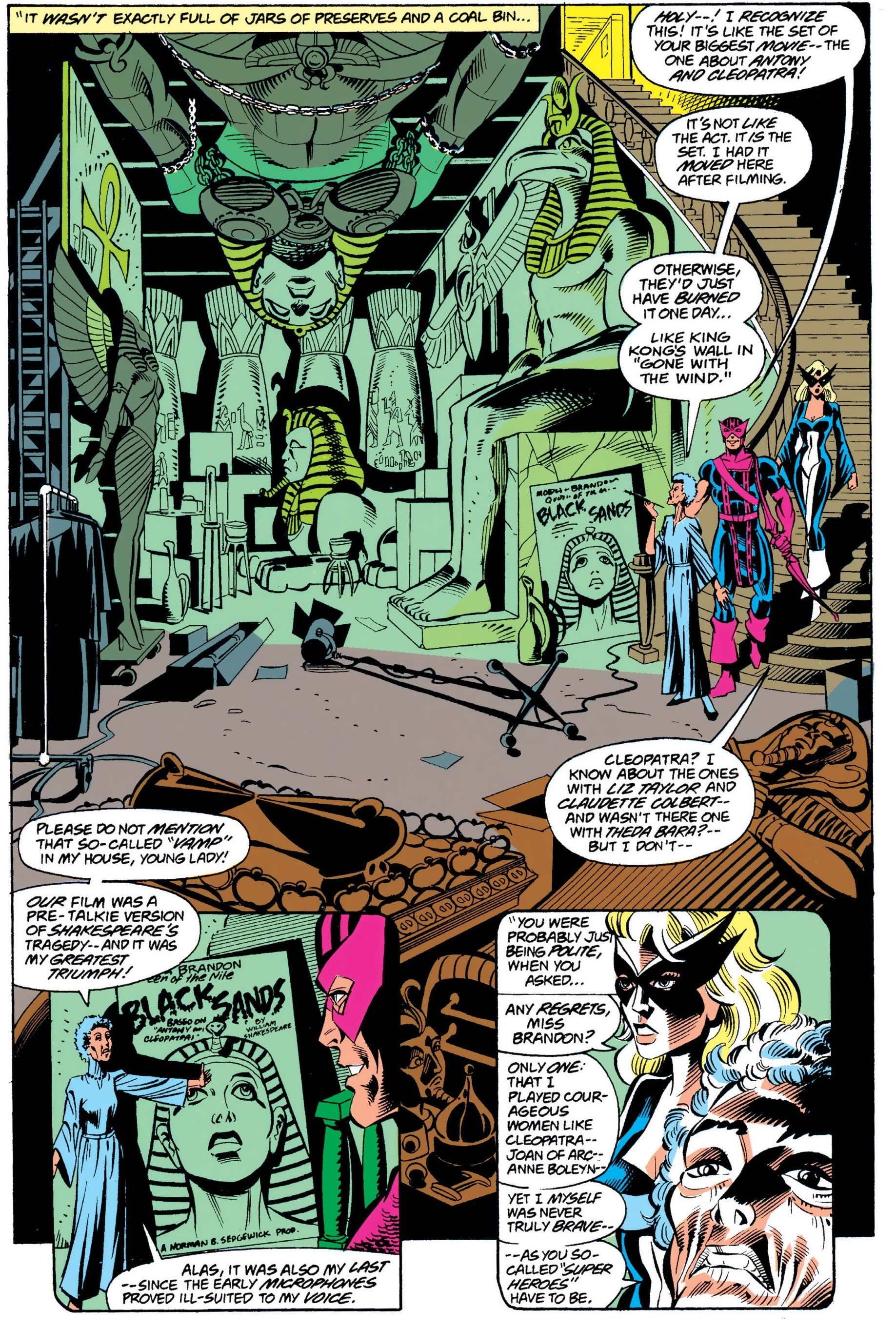 RELATED: Eternals: How One MCU Hero Almost Doomed the X-Men (and Earth)

We soon learn what she was referring to, as the whole trip was a trap! Crossfire, Hawkeye’s old nemesis who was actually the villain who brought Hawkeye and Mockingbird together in the first place in the Hawkeye miniseries (by Mark Gruenwald and Brett Breeding) had figured out that the West Coast Avengers only had a certain amount of options, so he made sure this would be one that he knew that they would show up for and he would get his revenge (this was also why they were asked to show up at the appointment in their superhero costumes)…

Hawkeye and Mockingbird more than hold their own, but Crossfire forces the issue by threatening to kill Moira if they don’t surrender. Hawkeye gives himself, quite willing to trade his life for an innocent, but then Mockingbird helps disarm Crossfire, knocking his deadly crossbow out of his hands. Annoyingly, that jerk had a backup gun and things looked really bleak for the newlywed heroes, until MOIRA picks up the crossbow and saves the day! She really WAS brave when she was given the opportunity, just like Mockingbird told her earlier in the story. 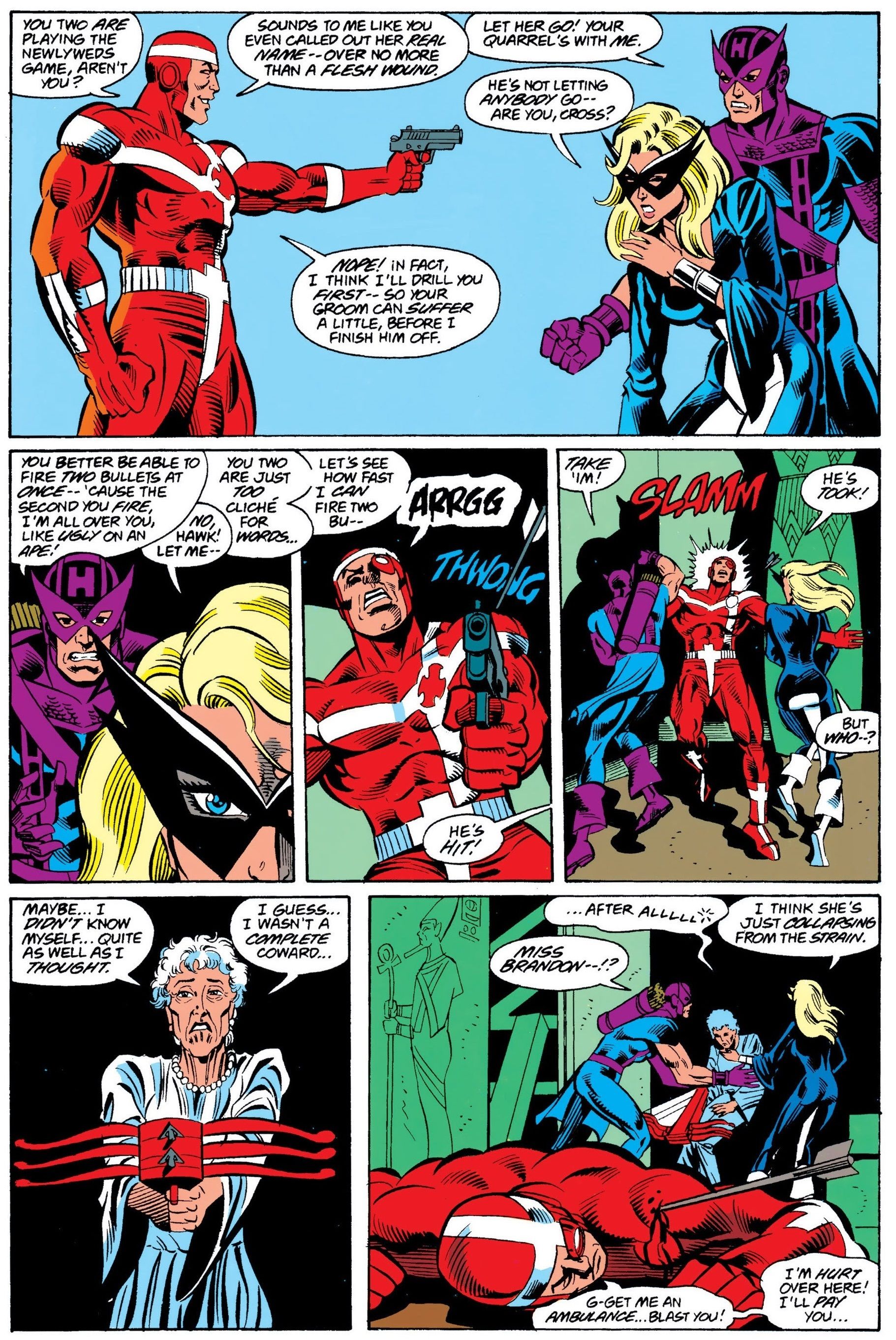 Tragically, the excitement of the fight was too much for her heart, and Brandon soon died, but not before Hawkeye let her know that in honor of her bravery, she was now an honorary member of the West Coast Avengers, the first official one, really, since Hawkeye and Mockingbird were already members of the team (well, sort of for Mockingbird)… 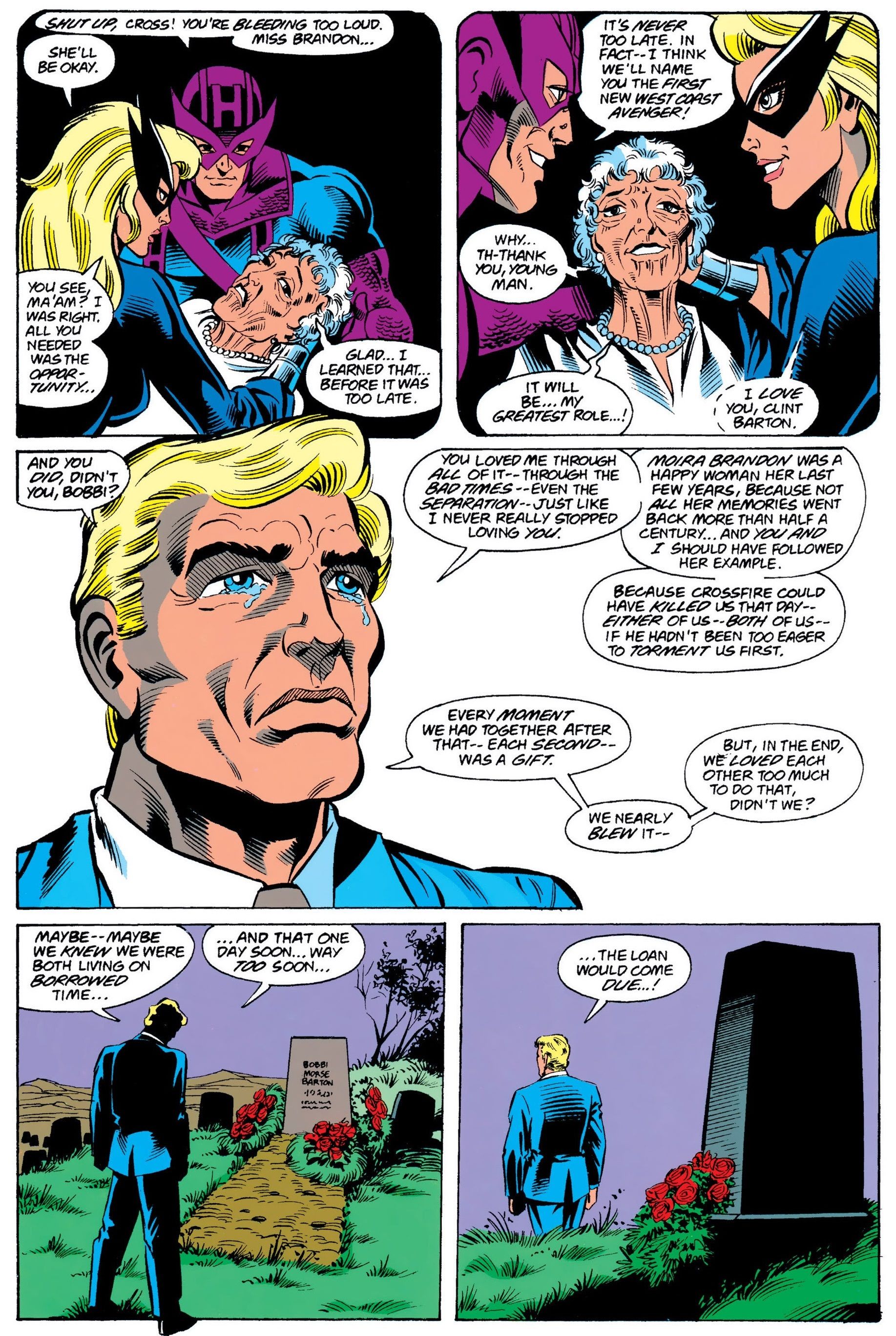 It is a BIT odd that Hawkeye never mentioned Moira Bandon before that point, and it’s also kind of weird that no one has mentioned her really SINCE, until this new series. Hopefully she gets another mention in the comics, she WAS a member of the Avengers, after all!

If anyone else has a suggestion for a Foundationed Deep (retroactive connections between characters), feel free to drop me a line at brianc@cbr.com.

How DC Gave Batman’s First Robin His Own Kingpin | CBR