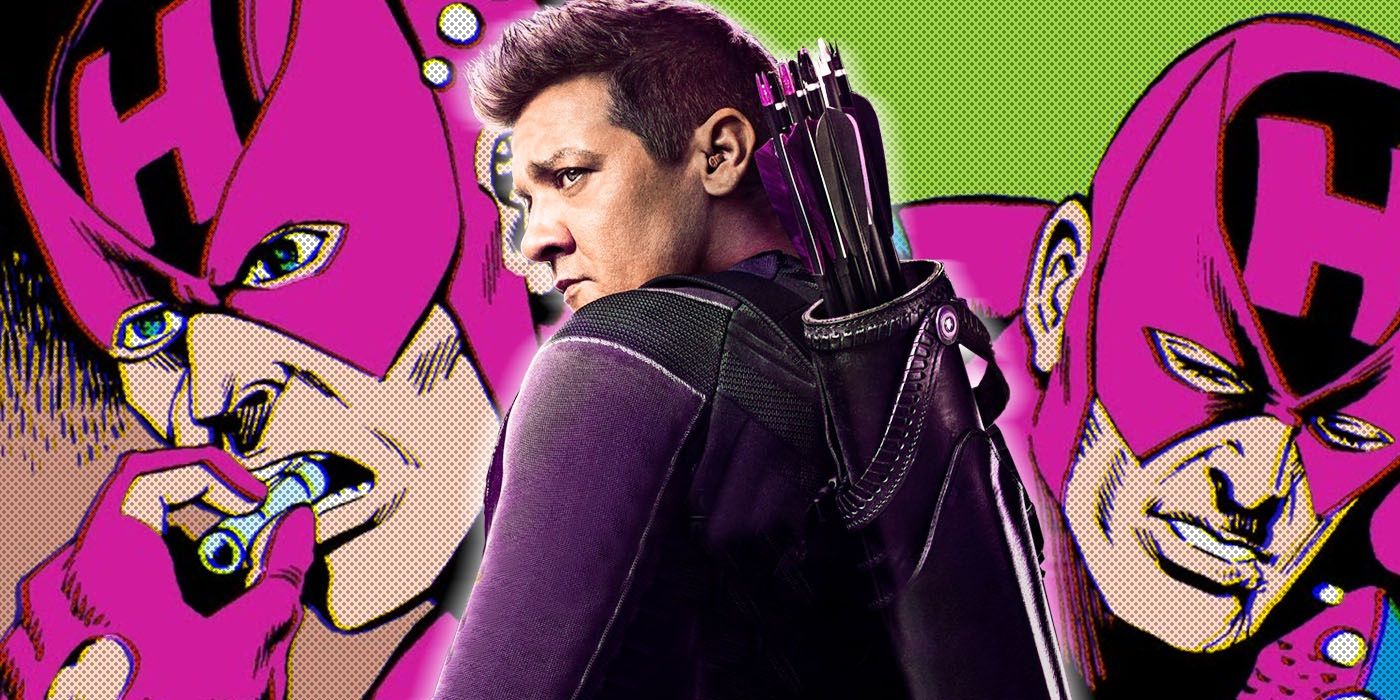 Today, we look at how Hawkeye lost his hearing in the Marvel Universe and hazard a guess as to why the Marvel Cinematic Universe went in a different direction for Clint’s hearing loss on the hit Disney+ Hawkeye TV series.

This is a feature called “Written in the Book.” It is basically the reverse of another feature of mine called “Follow the Path,” where I spotlight changes made to comic book characters that are based on outside media, as well as characters who entirely came from outside media. Nowadays, there are so many comic book films and TV series out there that we can spotlight examples of TV and film adapting specific and less famous comic book stories to other media (so no “Spider-Man lifts up debris” or stuff like that).

This one is a bit tricky, as clearly, like everything else in the hit new Hawkeye TV series, the main comic book influence on Hawkeye’s hearing aid is the Hawkeye run of Matt Fraction and David Aja, which both had Hawkeye suffer ear injuries after a previous comic had previously revealed that Hawkeye’s hearing loss was “cured” through some fantastical measures (those same fantastical measures effected other heroes, like the Vision, which I’ll be discussing in another feature very soon) and also reveal that Clint had ALWAYS had hearing problems since he was a kid. However, after a suggestion by my pal, Kevin, I think it is clear that the ORIGINAL comic book story with Hawkeye’s hearing loss has been a bit lost over the years (even though its creator WAS credited in the “thanks” section of Hawkeye), so I’ll explain how it all originally went down.

RELATED: Which Marvel Superheroes Were Ronin Besides Hawkeye – and Who was the Best?

As CBR’s Nicholas Brooks recently pointed out, the MCU origin for Hawkeye’s hearing loss is a simple one, namely that there were just way too many instances to count where Hawkeye’s hearing could have been damaged, as his career as a superhero constantly involved him being directly in the middle of some really, really loud situations. As Brooks noted, “Kate asks how his hearing was damaged, and audiences are treated to a montage of events from the Infinity Saga. Some of the scenes include his raid on Baron Von Strucker’s compound in Avengers: Age of Ultron, where an energy blast shot him. The montage then cuts to the massive explosion from Avengers just as he dives off the roof and swings to a lower floor. Finally, the massive explosion that destroys the Avengers compound in Avengers: Endgame seemed to be the final nail in the coffin for Hawkeye’s hearing. But when Clint answers Kate, he brushes it off, saying ‘too much to tell.'”

So the MCU is going with the much more simple “He was exposed to lots of loud noises over the years and it eventually led to him losing his hearing.” That makes sense, especially since the comic book origins of his hearing loss are a good deal more complicated.

RELATED: Eternals’ Tragic Twist Ending Was Predicted… Over 20 Years Ago

In the final issue of Hawkeye’s first mini-series (by Mark Gruenwald and Brett Breeding), Hawkeye and Mockingbird (who he met for the first time in this series) are captured by the evil Crossfire, who uses an ultra-sonic device to drive them to attack each other, forcing them to battle each other to the death. He gives them a break just to torment them a little more and Hawkeye comes up with a way to stop this… 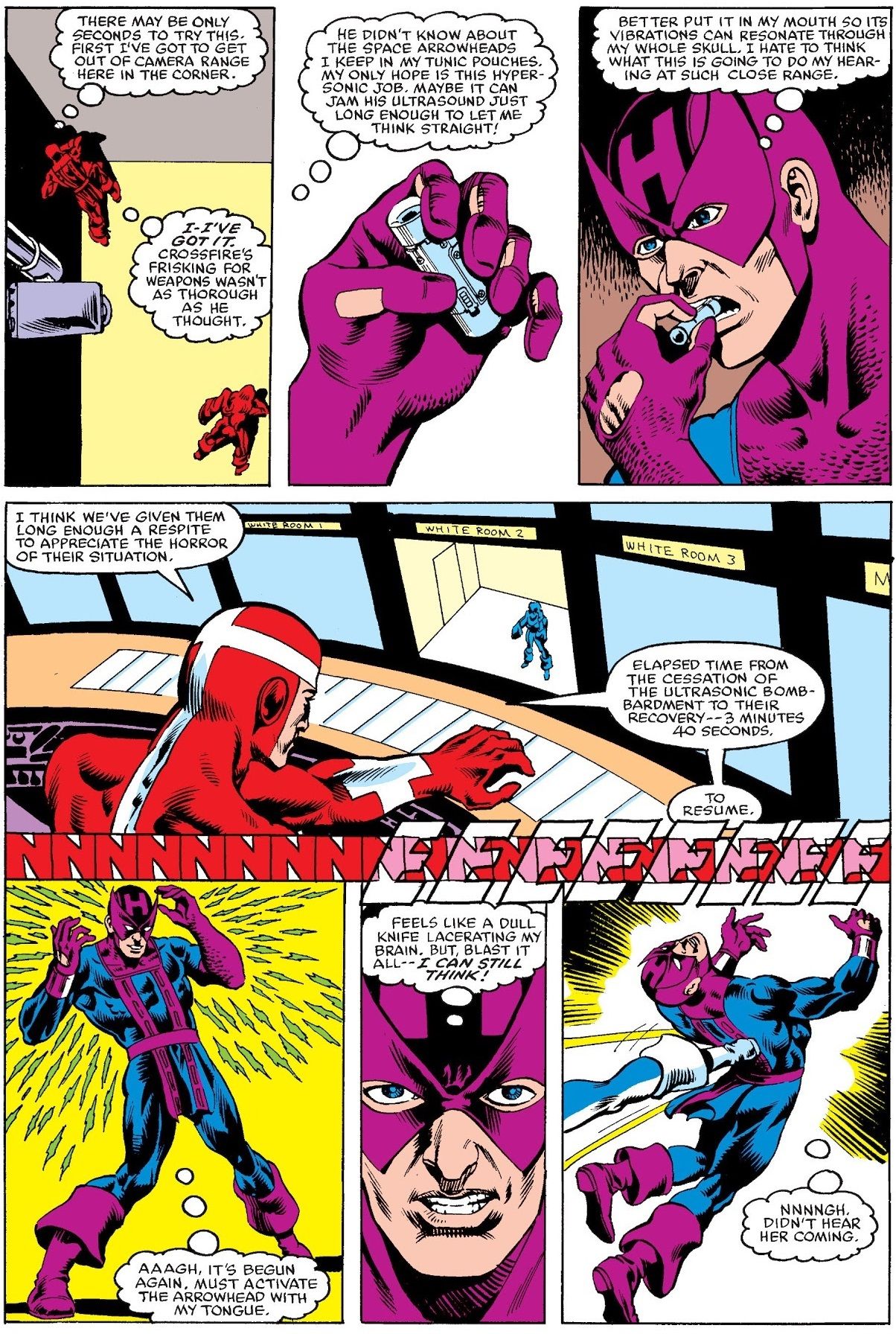 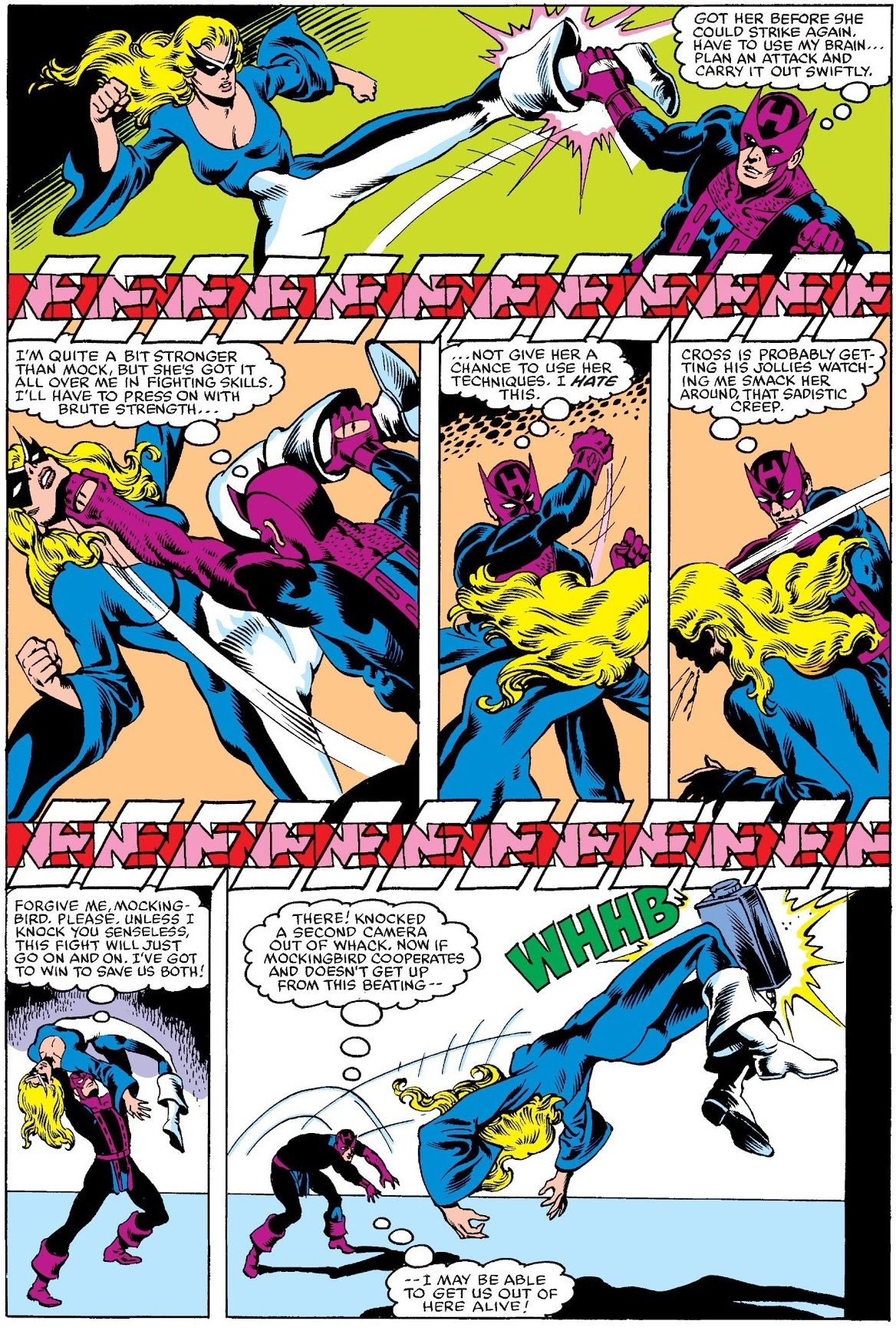 There’s a great moment at the end, where the bad guys are all defeated, where Mockingbird tries to pursue a romantic relationship with Hawkeye, but he blows her off because he doesn’t want to admit that he can’t hear her… 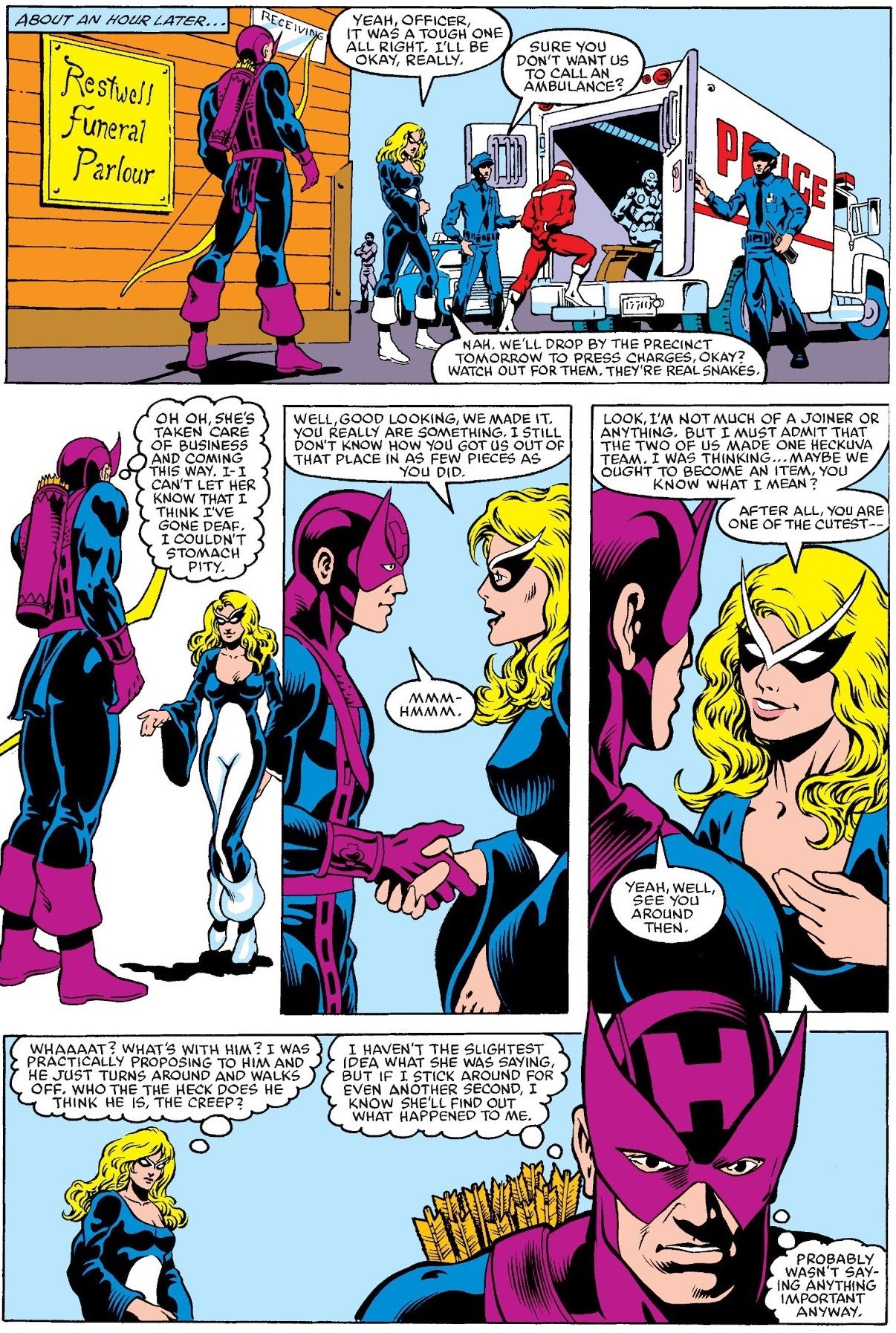 In a twist, though, we see that she figured it out and not only did she catch up to him, but they decided to elope! 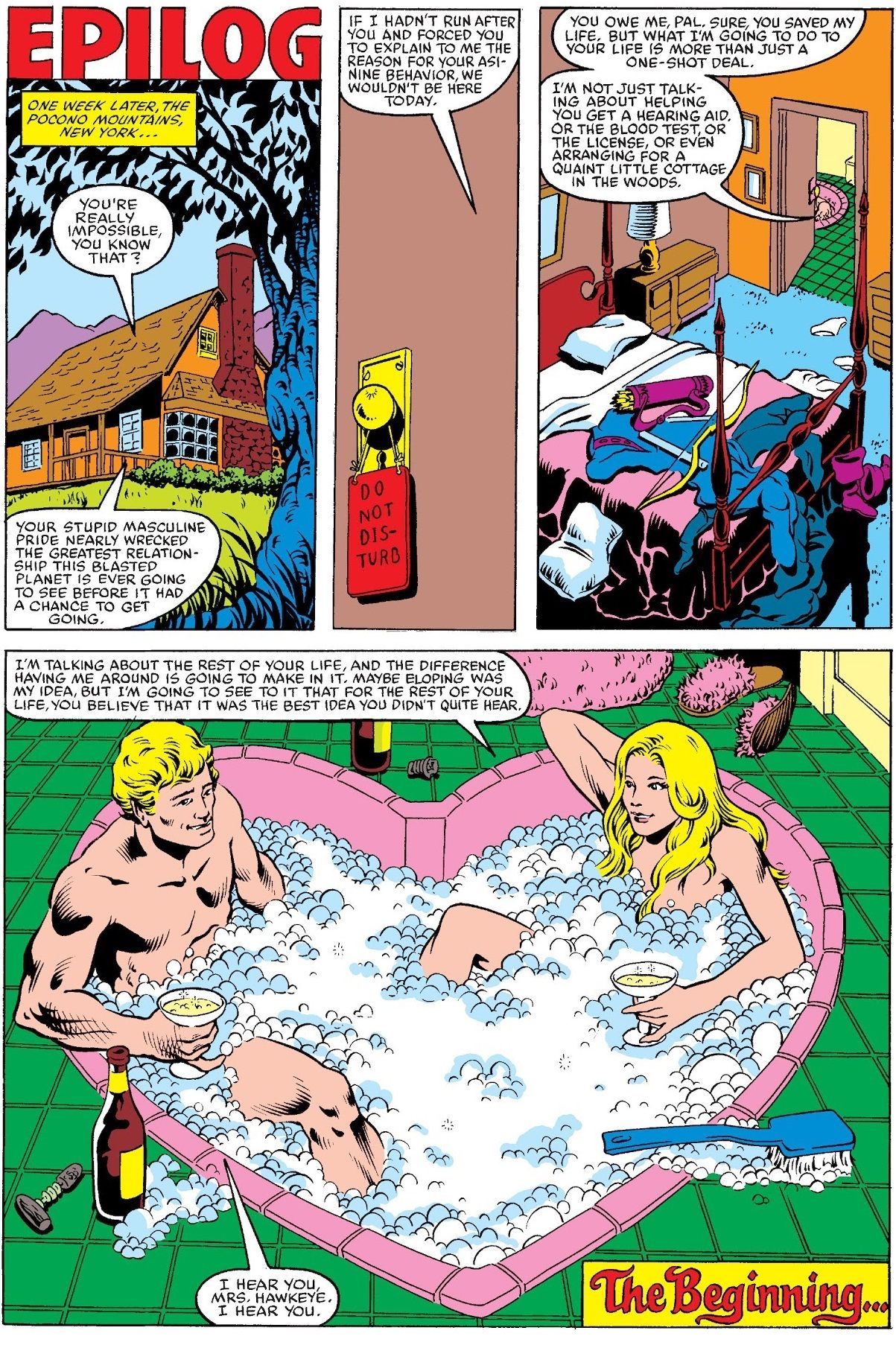 Gruenwald obviously wanted to go away from the standard deal at the time that miniseries like these wouldn’t have dramatic effects on the continuity of the characters involved.

In their next appearance in Avengers #239 (by Roger Stern, Al Milgrom and Joe Sinnott) we learn that Hawkeye’s hearing is permanently damaged and Hawkeye now needs a hearing aid (which he chooses not to use during the Avengers visit to see David Letterman to help promote Wonder Man’s acting career, which causes some problems when Letterman goes off script)… 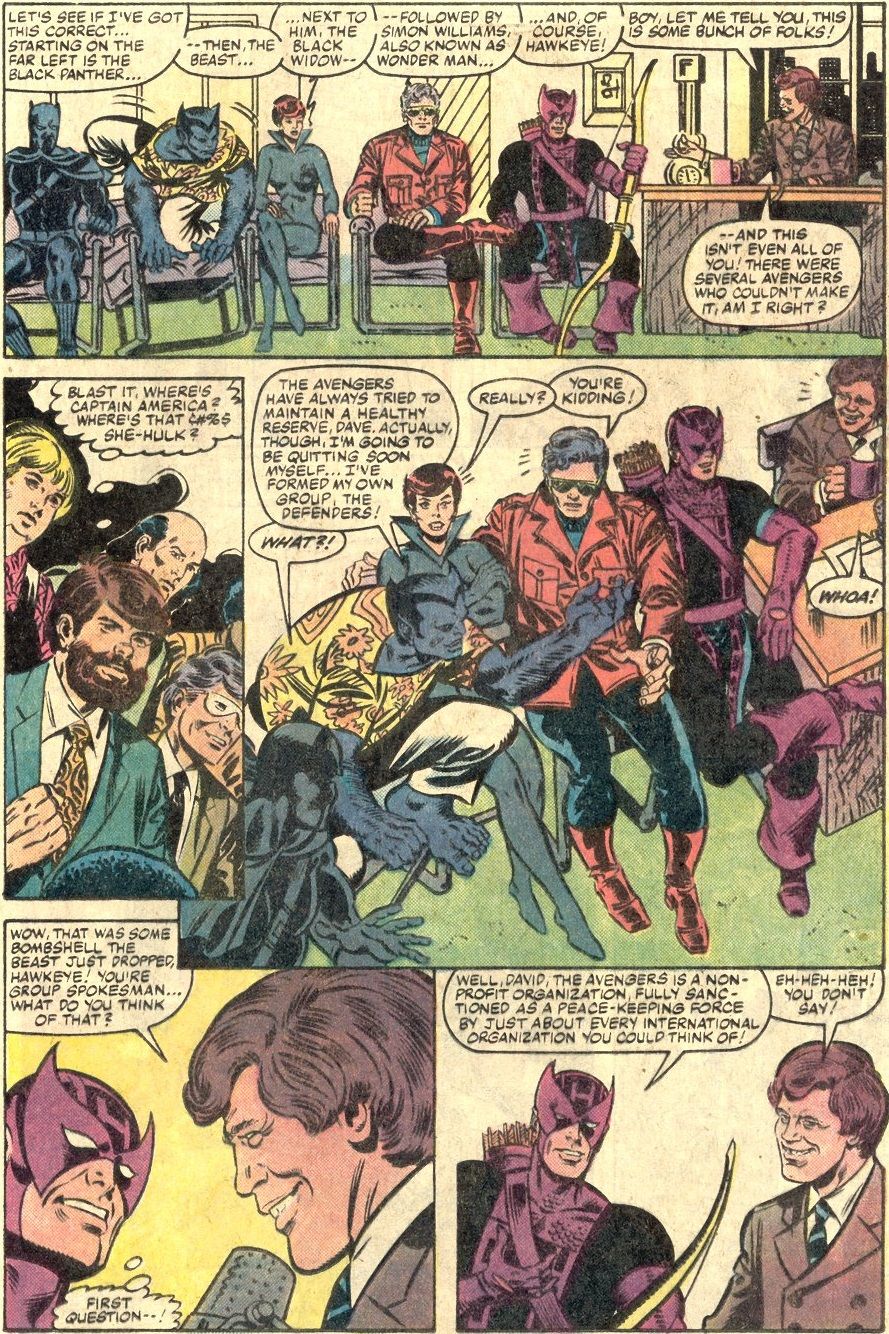 Over the years, however, the hearing aid was very rarely addressed. When it did, it was pretty much as a plot device (like a bad guy is using a sonic attack and Hawkeye turns his hearing aid off or something like that).

Finally, following Heroes Return (the follow-up to Heroes Reborn, with the Avengers and the Fantastic Four coming back to Earth after seemingly dying in Onslaught, but in reality being sent to another version of Earth by Franklin Richards, in a last ditch effort to save their lives with his astonishingly powerful, if mostly untapped, mutant powers), in Avengers Annual 2001 (by Kurt Busiek, Ian Churchill and Norm Rapmund) we learn that when Franklin Richards brought Hawkeye back after Clint “died” fighting Onslaught, Franklin fixed his hearing… 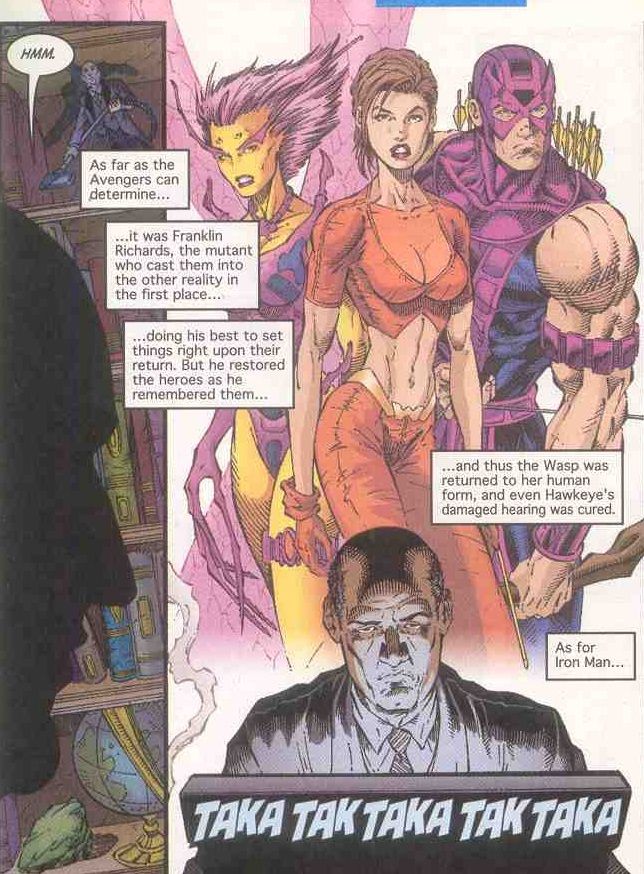 In Hawkeye #15 (by Matt Fraction, David Aja and Matt Hollingsworth), Hawkeye is stabbed in both of his ears by the villainous Clown… 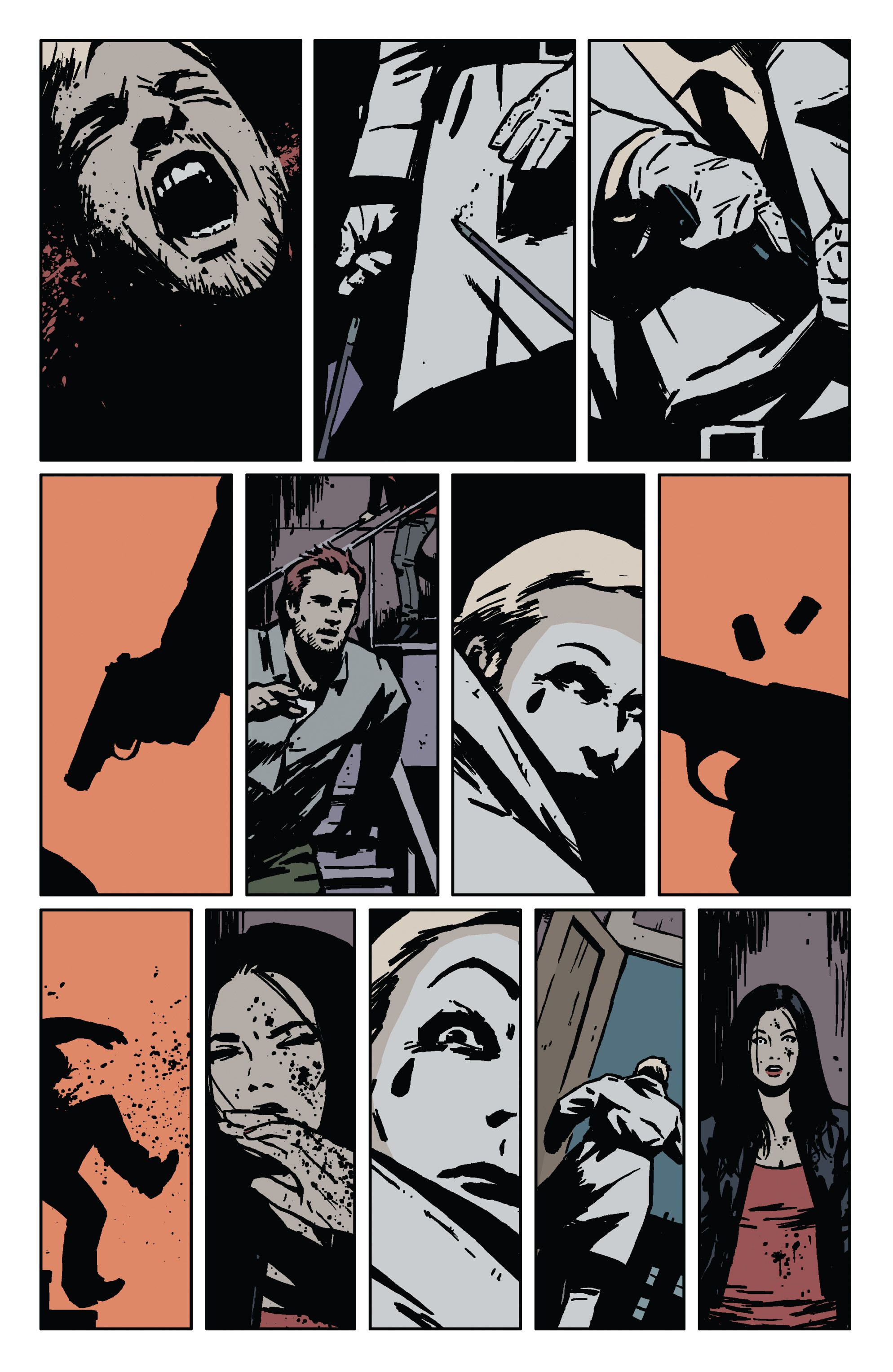 Then, while Clint’s hearing is gone from the arrow injuries (it eventually heals enough for him to get by with a hearing aid again), in the brilliant Hawkeye #19 (by Fraction, Aja and Hollingsworth) we learn that that Hawkeye was beaten so much as a kid that his father deafened him then, so Hawkeye has actually had hearing problems his whole life, as his brother taught him how to sign to communicate back when they were kids… 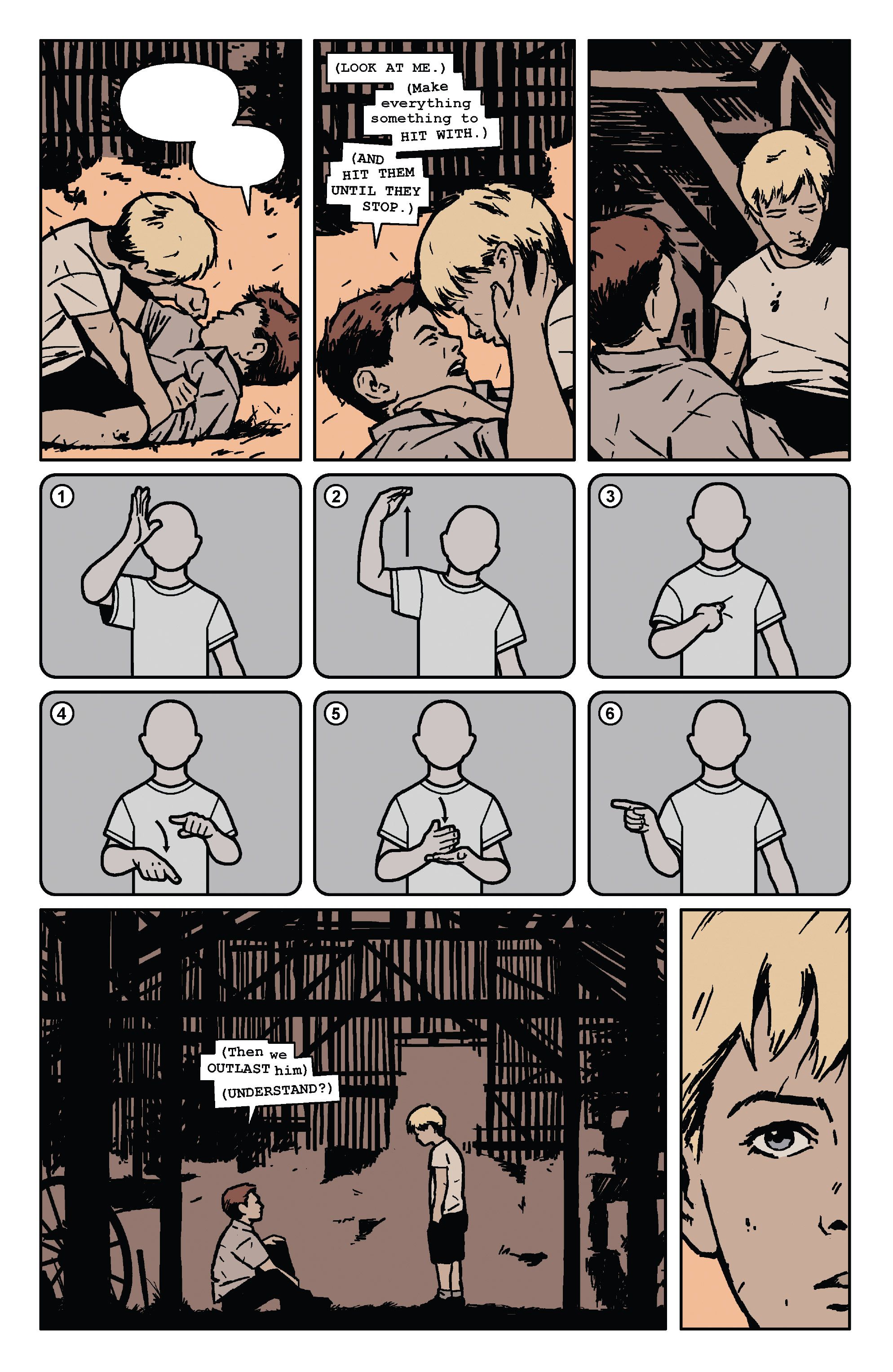 So that’s he comic book history of Hawkeye’s hearing loss. Thanks for the suggestion, Kevin!

If anyone has a suggestion for a future edition of Written in the Book, be sure to drop me a line at brianc@cbr.com. Remember, I’m not looking for the really obvious stuff, but more stuff that many people wouldn’t even necessarily automatically know was adapted from a comic book.

Free Minecraft Copies Given Out to Some Players