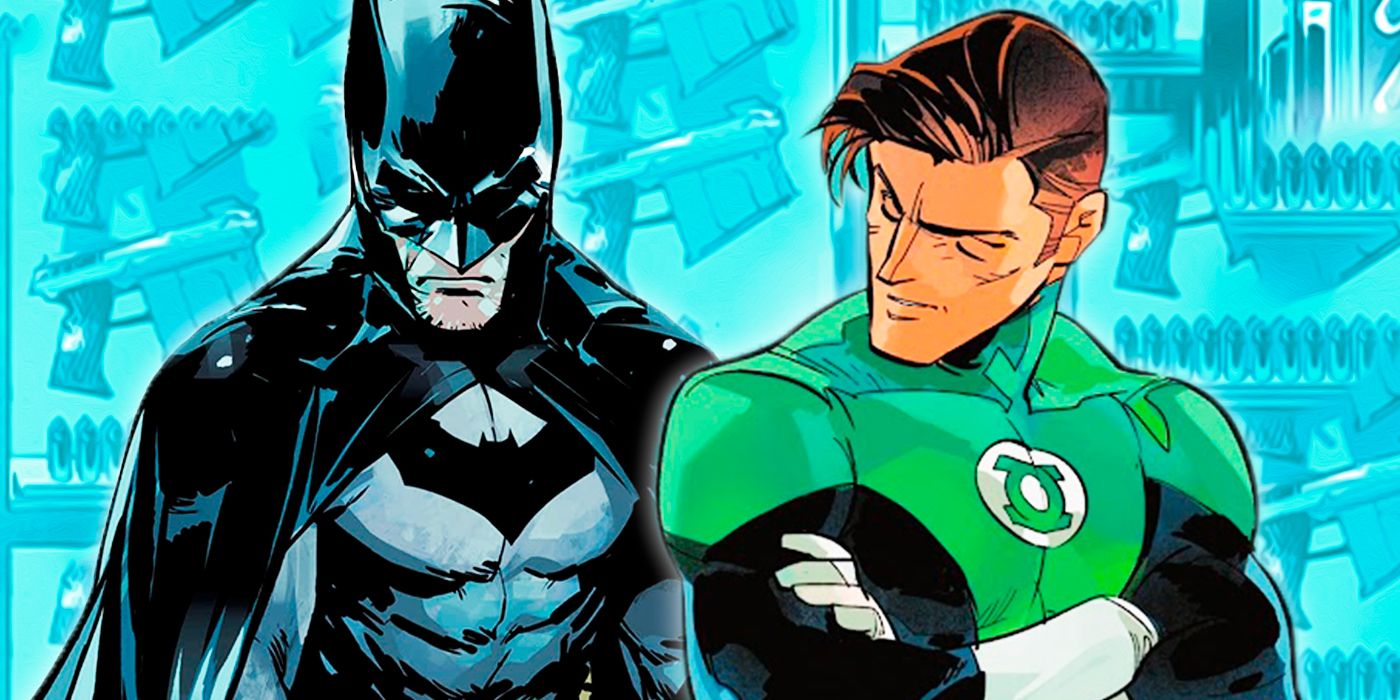 WARNING: The following contains spoilers for DC vs Vampires #2, on sale now from DC Comics.

Hal Jordan’s somewhat abrasive personality has attracted some harsh feelings from others in the superhero community — with heroes like Batman openly having a lingering distrust for the Green Lantern of Earth. But there’s been one hero who’s always stood by Jordan: Barry Allen, aka the Flash. But that loyalty just cost one version of the character everything.

One reality’s version of the Green Lantern/Flash friendship gets a tragic — and horrifying — closing chapter in DC vs Vampires #2 (by James Tynion IV, Matthew Rosenberg, Otto Schmidt, and Tom Napolitano), ending their longtime relationship in a particularly grisly fashion.

RELATED: Forget Injustice: DC’s Most Disturbing Superhero Story May Be Too Gory For Any Screen 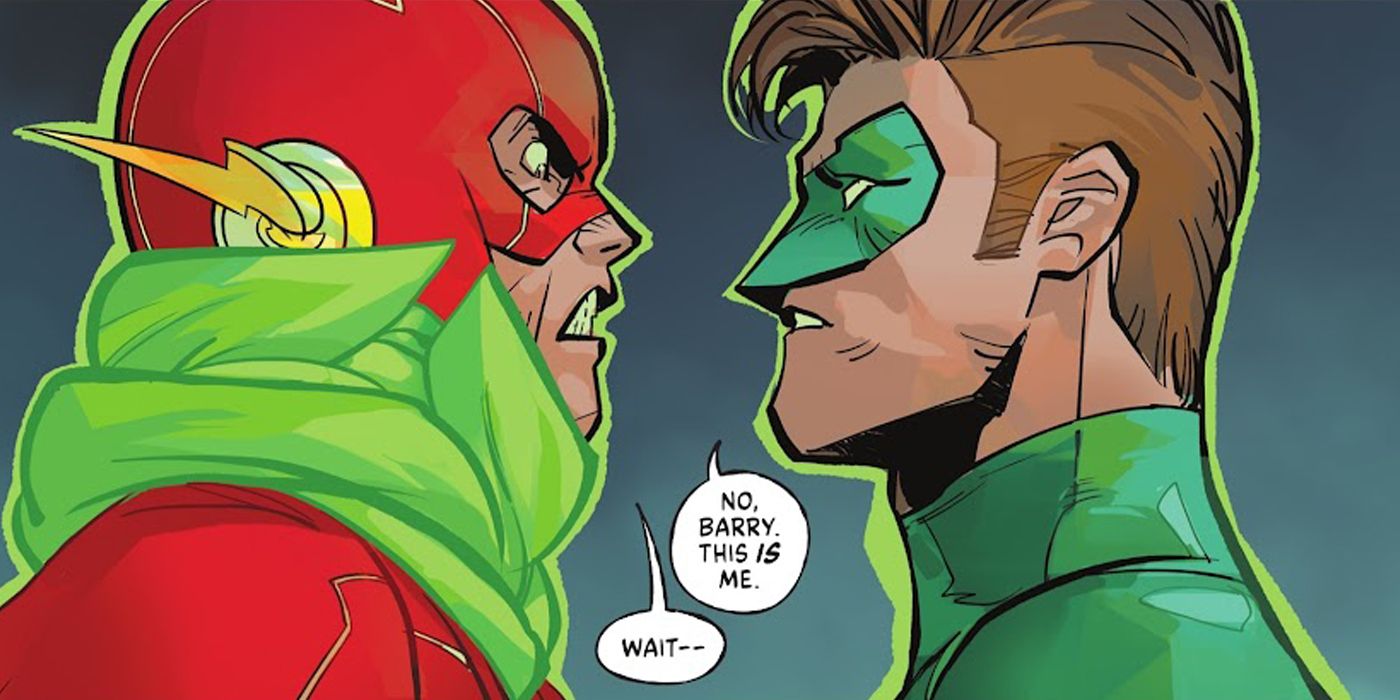 DC vs. Vampires #2 is largely spent away from the vampiric figures in a potentially doomed DC Universe, focusing on the Bat-Family assembling and learning the truth about Andrew Bennet. But the end of the issue reveals that Hal Jordan, who the previous issue revealed has already been converted into a terrifyingly powerful vampire, was able to lure the Flash to a remote beach, nominally to discuss a serious threats to the world. The two reaffirm their friendship, only for Green Lantern to reveal that this meeting is really a trap. Despite Hal’s best attempts to convince his mysterious vampire lord otherwise, it was decided that the Flash was too dangerous to be made into a vampire, and needed to be eliminated instead.

As Hal explains to a constrained and confused Barry, the super-speed and increased metabolism of the Flash meant that he’d wipe out humanity in his bloodlust if he was converted into a vampire. Rather than risk the potential ruin of their vampire empire, Hal was ordered to dispose of the Scarlet Speedster. Despite his murderous actions, Green Lantern is still heartbroken about the situation, shedding a bloody tear and lamenting about how they won’t get to take over the world together. It’s a brutal showing from the vampiric Green Lantern, and a heartbreaking finale to one of DC’s longest lasting superhero friendships. 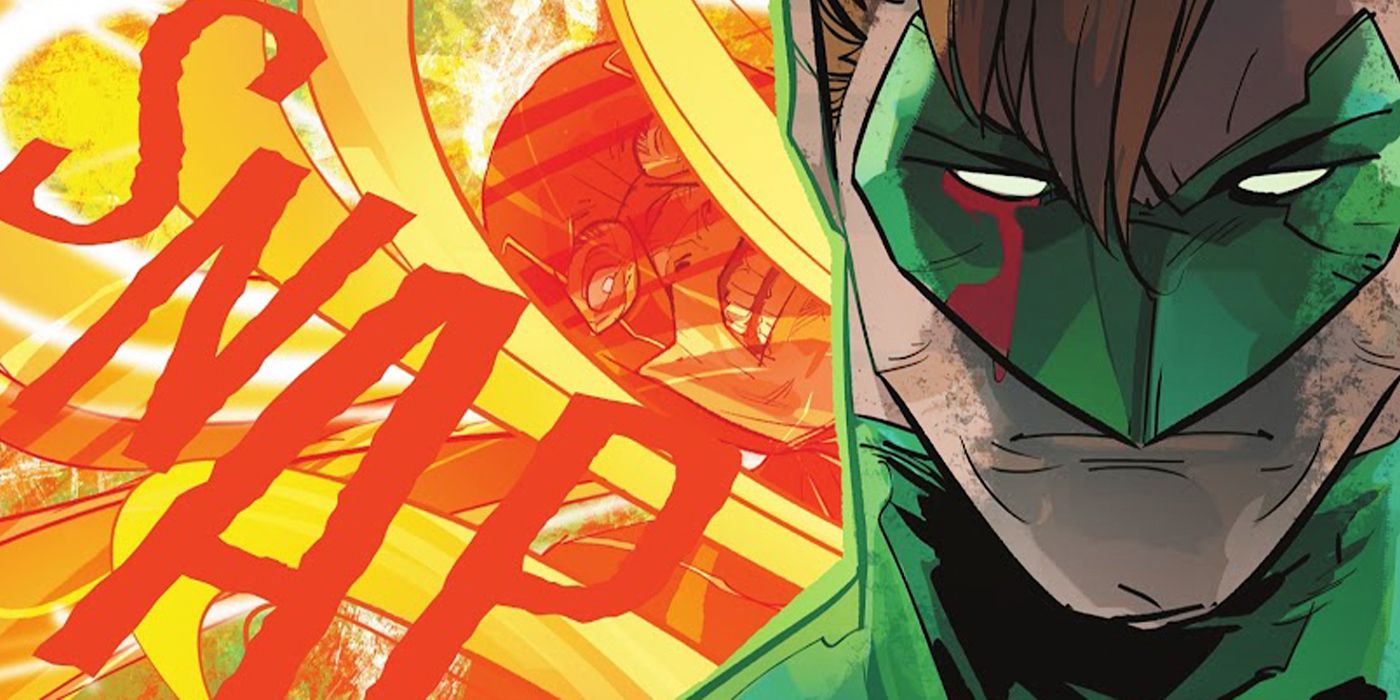 The two were founding members of the Justice League together, and have been shown to be best friends multiple times over the years, despite multiple reboots. The miniseries Flash & Green Lantern: The Brave and the Bold (by Mark Waid, Tom Peyer, and Barry Kitson) dove into their bond and highlighted what makes them work, despite having very little in common personality-wise, and their connection was highlighted in modern stories like Blackest Night (by Geoff Johns and Ivan Reis). One reality’s version of the duo, Red Racer and Flashlight from Earth-36, were even in a romantic relationship. Barry’s more down-to-Earth scientist sensibilities contrasted against Hal’s confidence and acceptance of the bizarre, but the pair always worked well together.

Whereas Hal and his other good friend Green Arrow could bicker at the drop of a hat, Hal and Barry rarely found themselves on opposing sides of various conflicts or debates, with this element carrying over into the New 52. That’s what makes the actions of Green Lantern all the more heartbreaking. Even as a monster, Hal can’t stop himself from being heartbroken about killing one of the few heroes he seems to have developed a true rapport with. It closes the book on their friendship in this reality in a brutally efficient manner, and likely puts a target on the back of every other speedster in the Flash family, who the vampires likely have similar fears about. The final meeting of this reality’s Green Lantern and Flash is lasting proof of how far gone Hal Jordan really is — and how much danger this new development presents to the world.

Battlefield 2042 Update Is Bad News for Those Still Playing