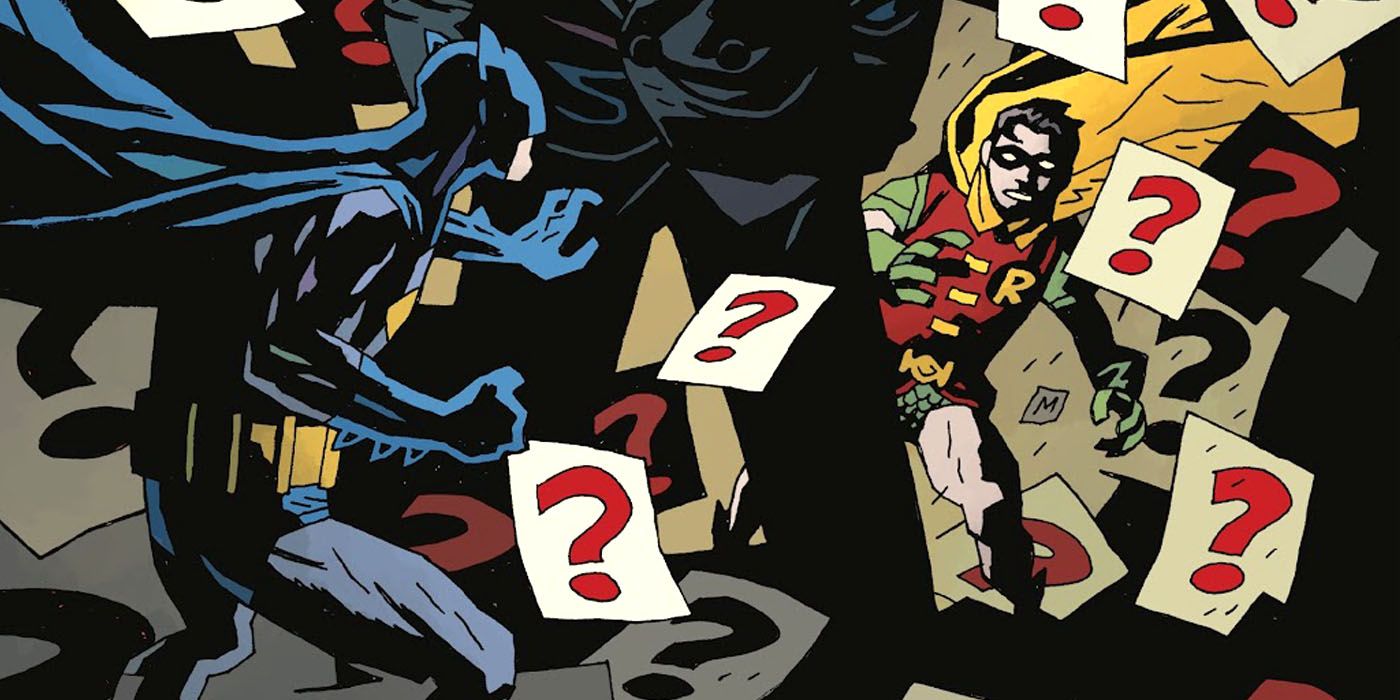 WARNING: The following contains spoilers for the story “For The Sky Is Red” from Gotham City Villains Anniversary Giant #1, on sale now from DC Comics.

One of the core elements of Batman is the impact and legacy that the identity can bring to Gotham. The entire concept is housed in the idea that anyone can become like Batman and fight for a better future. While Bruce Wayne may have begun the legacy as the first Batman, he will not be the last. It gives the mantle a weight that it might otherwise lack — and it turns out that in the current continuity, a similar sentiment was behind the creation of the Red Hood identity.

In the story “For The Sky Is Red” from Gotham City Villains Anniversary Giant #1 (by Stephanie Phillips, Max Fiumara, and Hassan Otsmane-Elhaou), the Red Hood is revealed to have been designed as a direct contrast to the Batman legacy, giving it a new meaning and purpose in Gotham. 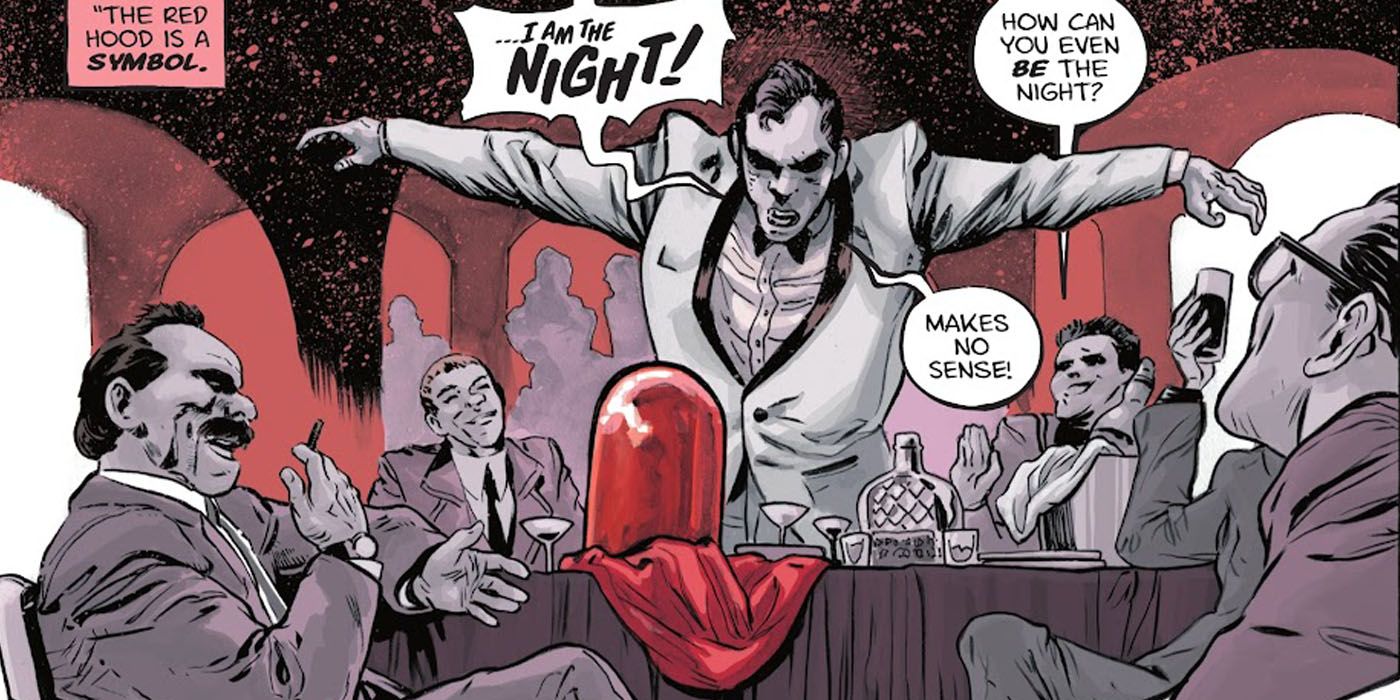 Seemingly taking place years ago, “For The Sky Is Red” focuses on a criminal known as Hank, who is captured and tied up by some of his associates. It turns out that this minor character was originally responsible for the idea of the Red Hood. Hank was still a criminal in the early days of Batman’s career and was quick to pick up on the fact that the Dark Knight’s hidden identity gave him a unique power — the criminals of Gotham had to always fear him, as he could be anyone or around any corner. This helped elevate Batman in the eyes of the citizens as an inspiration — and adds terror to the perception the criminal underworld has of the vigilante.

This led Hank to devise the identity in a similar fashion, the idea being that the Red Hood could become a symbol for the average criminals of the city. Anyone could become the Hood, which was a symbol of chaos and greed. To Hank, this effectively co-opted one of Batman’s greatest strengths, and provided it to the criminals of Gotham. Anyone could now rise up and be feared by the likes of the GCPD, earn the respect of the Falcones, and even confront Batman on equal footing. All they had to do was take up the Red Hood identity for themselves. 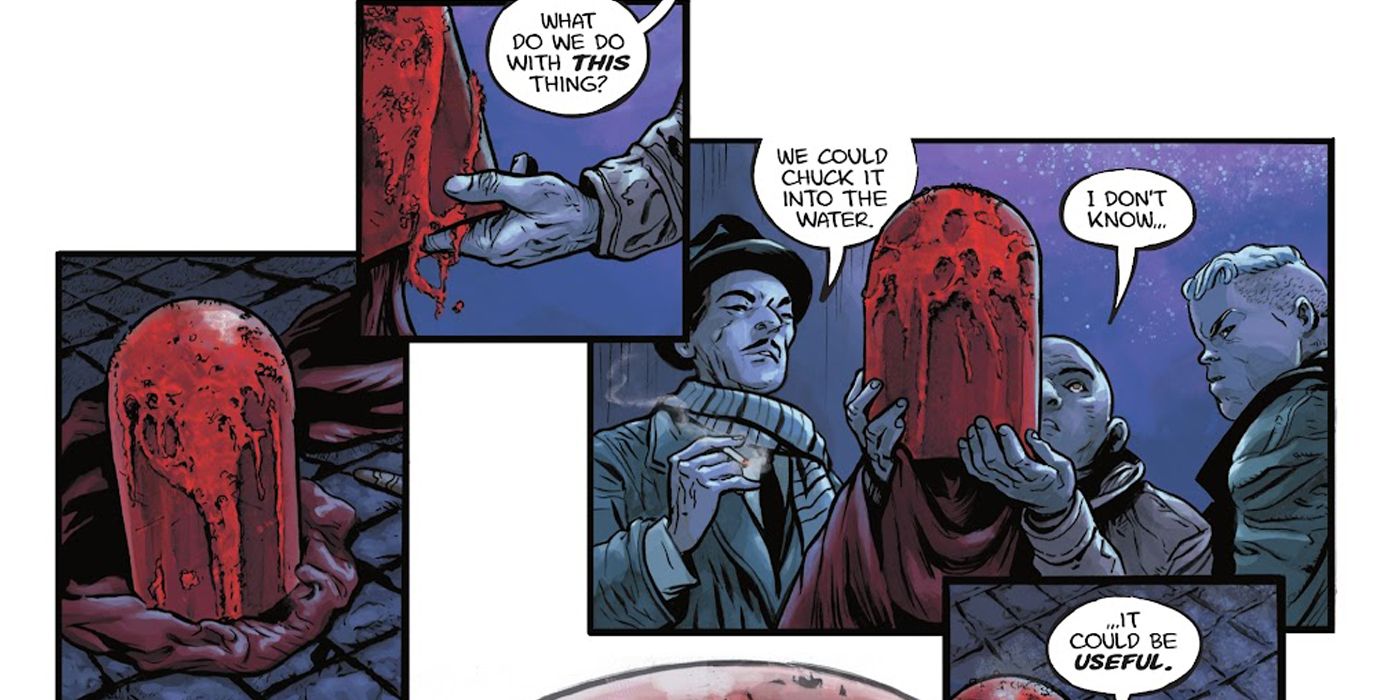 Due to the successful nature of the Red Hood and feeling that Hank was growing too cocky, the other criminals ultimately decided to kill the criminal and give the identity to someone else. This new information positions the idea of the Red Hood in an interesting light as the true contrast to Batman. The idea that anyone could be under the Red Hood could be just as effective as the ideology that anyone could be wearing the mantle of the Bat, and gives the symbol a similar power to that of the Dark Knight. The expanded Red Hood stories, such as that seen in Batman: Zero Year, embraced this concept and it seems to be part of the Red Hood’s legacy in the modern DC Universe.

But it also makes Jason Todd’s eventual decision to embrace the identity and then transform it into a more heroic form have much more weight. The symbol of the Red Hood now has its own dark legacy, a true contrast to the symbol of the Bat. The Red Hood is a powerful symbol in a universe often defined by such ideas, and could be an interesting direction to be revisited in modern stories — even if just to highlight how Jason Todd adopting the identity gave it a unique new meaning.

KEEP READING: Who Is Robin’s New ‘Murder King’ And Why Is He So… Adorable?

Truth, Justice and Turkey: What DC’s Super Heroes Are Thankful For