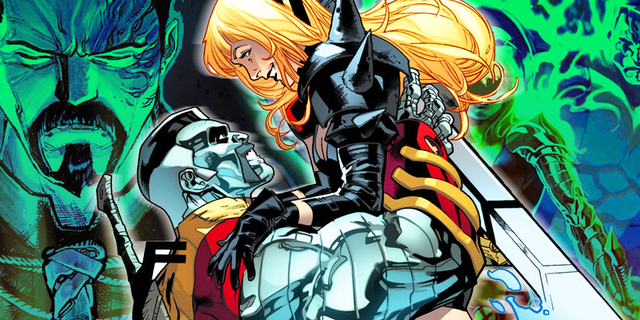 WARNING: The following contains spoilers for X-Force #11 and #24, available now from Marvel.

Family ties have always played an important role in the X-Men, and few are stronger than the bond between Colossus and his younger sister Magik. Although their relationship has been strained by Magik’s ties to the hellish dimension of Limbo and Colossus’ willingness to sacrifice his health and happiness for the greater good, the youngest of Nikolai and Alexandra Rasputin’s three children have always managed to overcome the odds and remain close with a little help from the X-Men, who have become a second family to both of them.

Unfortunately, Colossus and Magik’s relationship with their older brother Mikhail is nowhere near as positive. Although Mikhail was once willing to do anything for his younger siblings, a series of personal tragedies, and the lust for power that was born out of them, transformed Mikhail into one of the X-Men’s cruelest and deadliest enemies. 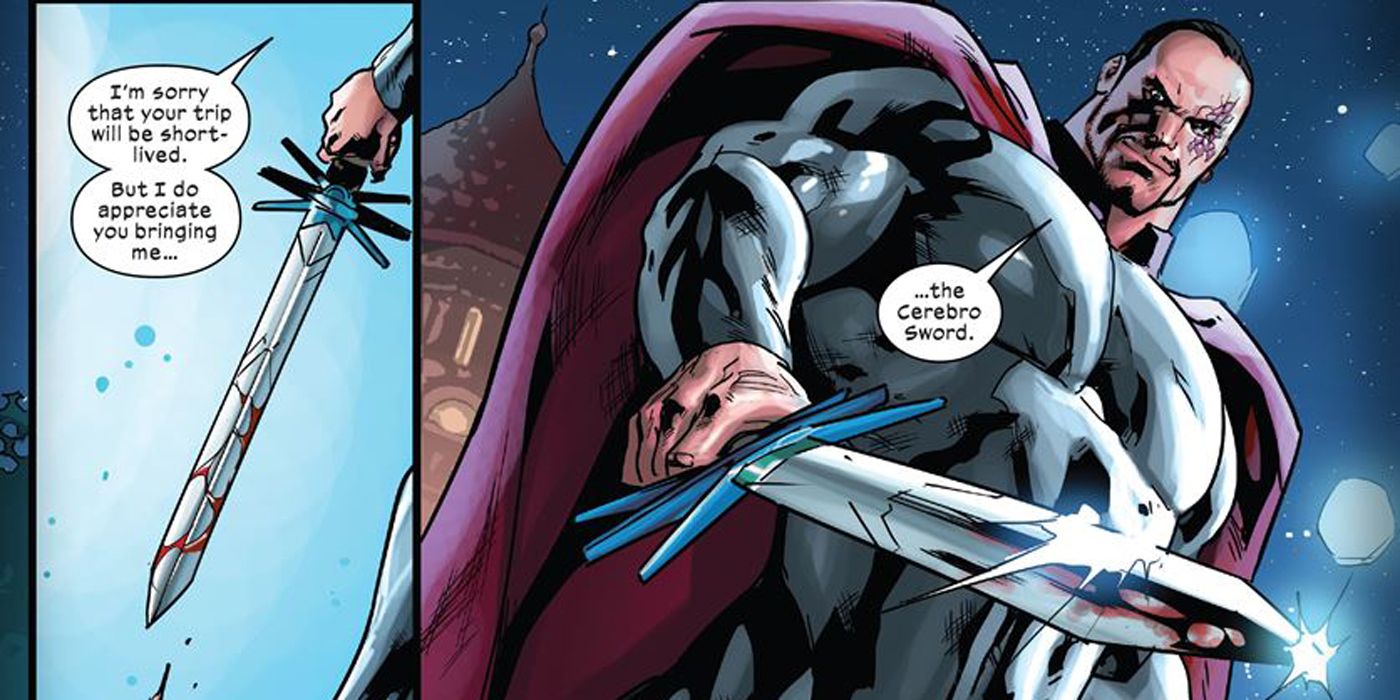 Growing up, Mikhail was very close with Colossus and Magik, aka Piotr and Illyana Rasputin, acting as a protector and role model to his younger siblings. As a young man, Mikhail was recruited into the Soviet space program and trained as a cosmonaut, eventually discovering that he possessed the mutant ability to “warp” matter and energy. Hoping to exploit this power, Mikhail’s superiors assigned him to the crew of a shuttle scheduled to travel through an inter-dimensional rift. Although it was believed that his powers would be able to protect the shuttle and its crew as it traveled through the rift, Mikhail was was only able to save himself as the shuttle was ripped to shreds and marooned on an inhabited alien world.

Discovering that this world was ruled by a despot known as the Worldly Avatar, Mikhail formed a resistance, eventually becoming a messianic figure known as “The Savior” and marrying the Worldly Avatar’s rebellious daughter, Tra-Mai-A-Zath. When it was learned that the Worldly Avatar was drawing energy from the same rift that Mikhail arrived through, Mikhail used his powers to close the rift, accidentally releasing a wave of radiation that killed his wife and followers in the process. Despondent, Mikhail became a recluse, living in seclusion until the X-Men arrived on the planet through a similar rift in Uncanny X-Men #285 (by Jon Byrne, Jim Lee, Whilce Portacio, Art Thilbert, Al Milgrom, Joe Rosas, and Tom Orzechowski). Reuniting with his brother, Mikhail helped the X-Men return to Earth and came to live with his brother in the Xavier Institute.

RELATED: The MCU Could Debut Juggernaut’s Most Powerful Form – Thanks to Deadpool 2 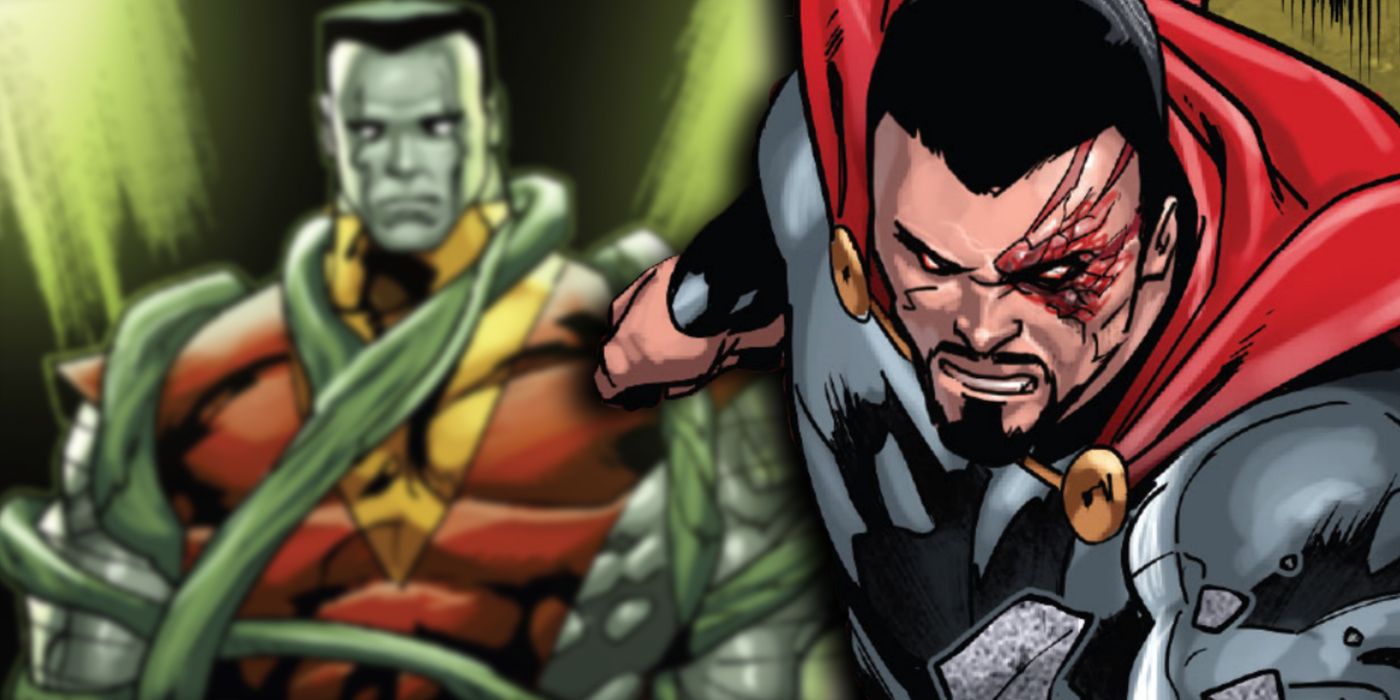 However, Mikhail’s experiences had deeply traumatized him, and he soon found himself haunted by visions of his deceased wife and comrades. Wishing to relive the glory he felt as the leader of a rebellion, Mikhail joined the tunnel-dwelling Morlocks, overthrowing their leader Callisto and forcing the X-Men to battle him when he attempted to rally the Morlocks into going to war against their human oppressor, kickstarting the first of many battles that Mikhail would have with the X-Men over the years. However, although Mikhail made it clear that he saw the X-Men as enemies, there were signs that he still loved his younger siblings, such as when he tried to use his powers to save Magik after she was infected by the deadly Legacy Virus.

Sadly, any love that Mikhail may have held for Colossus and Magik appears to have vanished by the time he reappears in X-Force #11 (by Benjamin Percy, Bazaldua, GURU-eFX, and VC’s Joe Caramagna). Here, Mikhail is revealed to be the leader of the anti-mutant group XENO, which has been launching a campaign of terrorism against the newly-formed mutant nation of Krakoa on behalf of Russia. Once Beast, the leader of X-Force, discovered that Mikhail was behind the attack, he publicly branded Colossus a potential traitor, ruining his reputation and putting Magik’s position as a Great Captain of Krakoa in jeopardy 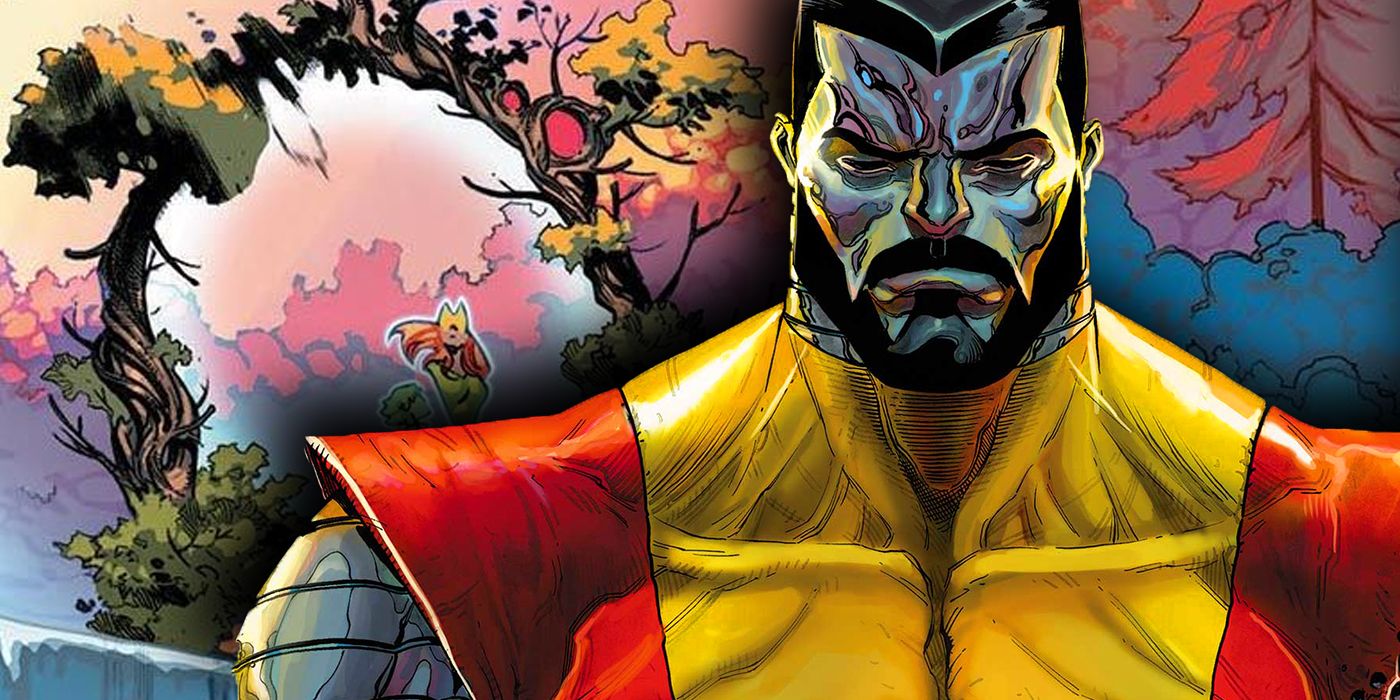 As if that wasn’t bad enough, Mikhail later proved that he’d be fully willing to manipulate his siblings to achieve his goals of sabotaging Krakoa. In X-Force #24 (by Percy, Coccolo, Guru-eFX, and Caramagna), it’s revealed that Mikhail had been forcing Colossus to paint pictures that reveal classified information about Krakoa and send them to Russia with the help of the Chronicler, a mutant with the power to control others through writing. When Colossus’ lover Kalya discovered what he’d been doing, Mikhail cruelly forced his younger brother to murder her with his bare hands, sadistically celebrating Colossus’s misery with a shot of vodka.

Mikhail’s transformation from a loving brother into a cold-hearted villain is a tragic turn for the Rasputin family and one that will almost certainly continue to be an issue for both Colossus and Magik. With Mikhail, XENO, and the Russian government set to continue their war against Krakoa, the Rasputin siblings will have to come together and find a way to defeat the brother that they once considered their hero.

KEEP READING: Doctor Strange’s Death Could Make One X-Men Leader Stronger Than Ever