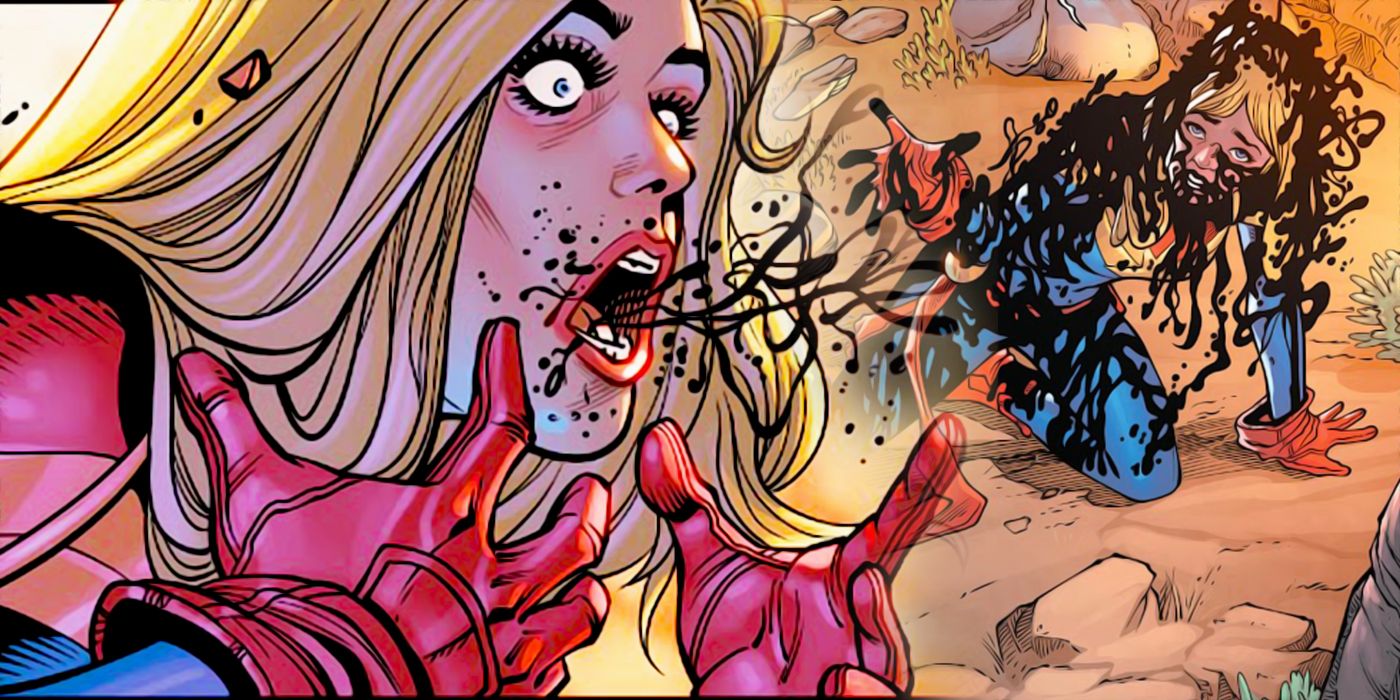 Ever since she inherited the Captain Marvel moniker, Carol Danvers has carried one of the greatest burdens in the entire Marvel Universe. Her past  history with the original Captain Marvel goes back over 50 years. In fact, Carol’s own start in the MU began just barely after that of the first Captain Marvel. Their relationship has seen its fair share of complications over the years but has endured into the present.

In spite of her best efforts, Carol has not been able to keep the other Marvels safe from the machinations of Vox Supreme. When she finally confronted the villain in their stronghold, her resulting defeat gave way to the shocking revelation that her closest ally might still be alive in some way. After being set adrift in space, Carol finally comes face-to-face with her deceased former mentor. Mar-Vell, now wearing a black suit that indicates Vox has been controlling him, clearly only has Carol’s worst interests in mind.

First introduced in 1967’s Marvel Super-Heroes #12 by Stan Lee and Gene Colan, Mar-Vell has been a fixture of Carol’s life ever since her own first appearance only one issue later. When the two met, Mar-Vell was posing as Doctor Walter Lawson, Carol’s colleague at Cape Canaveral. It wasn’t long before they fell for each other. Their rapid romance faded away as their lives took them in similar yet ultimately opposite directions. None of this diminished the bond they shared, though, and it’s exactly this bond that proved to be Carol’s biggest blind spot, which Vox Supreme was quick to exploit.

Carol displays initial hesitance to engage in a fight with Mar-Vell, as a tender embrace between the two turns to sudden violence. But even still, all it takes is one glance for the twisted Mar-Vell to pacify Carol, as he infects her with the same viscous ooze used by Vox Supreme. 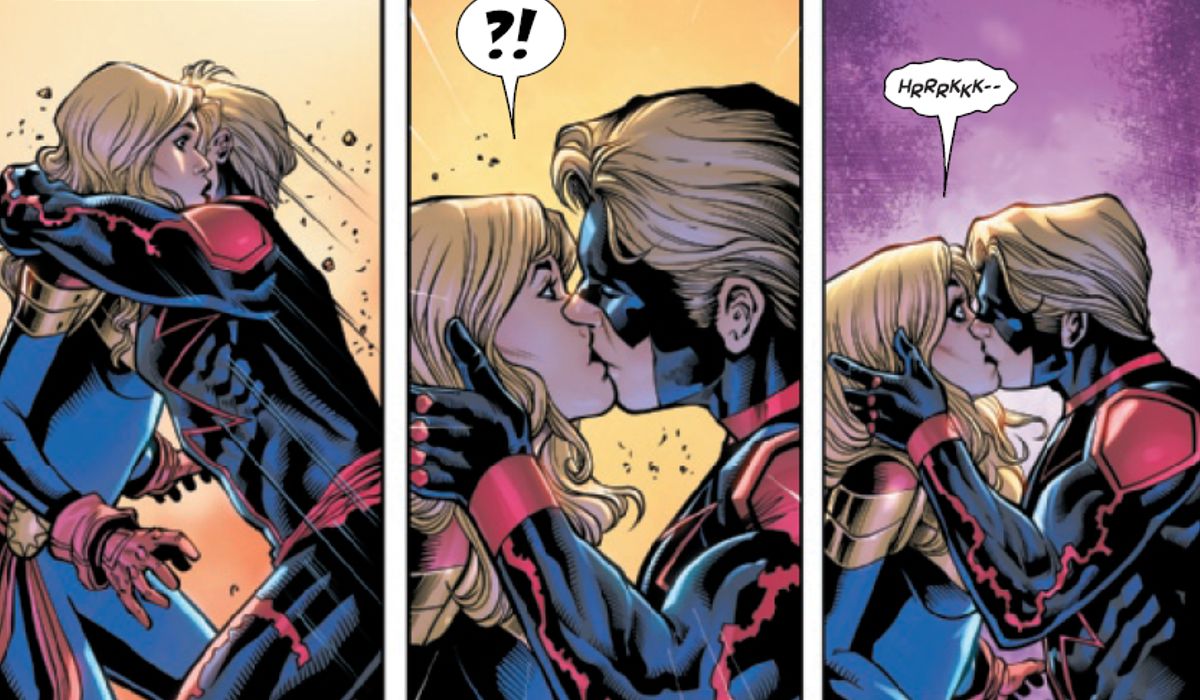 This Mar-Vell is clearly an imposter, with Carol noting he’s not nearly as powerful as the genuine article. Even knowing this, though, Carol proves to be her signature human self, and just like all of us, is not able to so easily separate from her emotions.

Whatever the case may be, there is only so much time for Captain Marvel to put the pieces together before it is too late and Vox Supreme succeeds in his diabolical scheme. But with her new power now manifest, she could have turned the tide and could now fight back against all of her enemies.