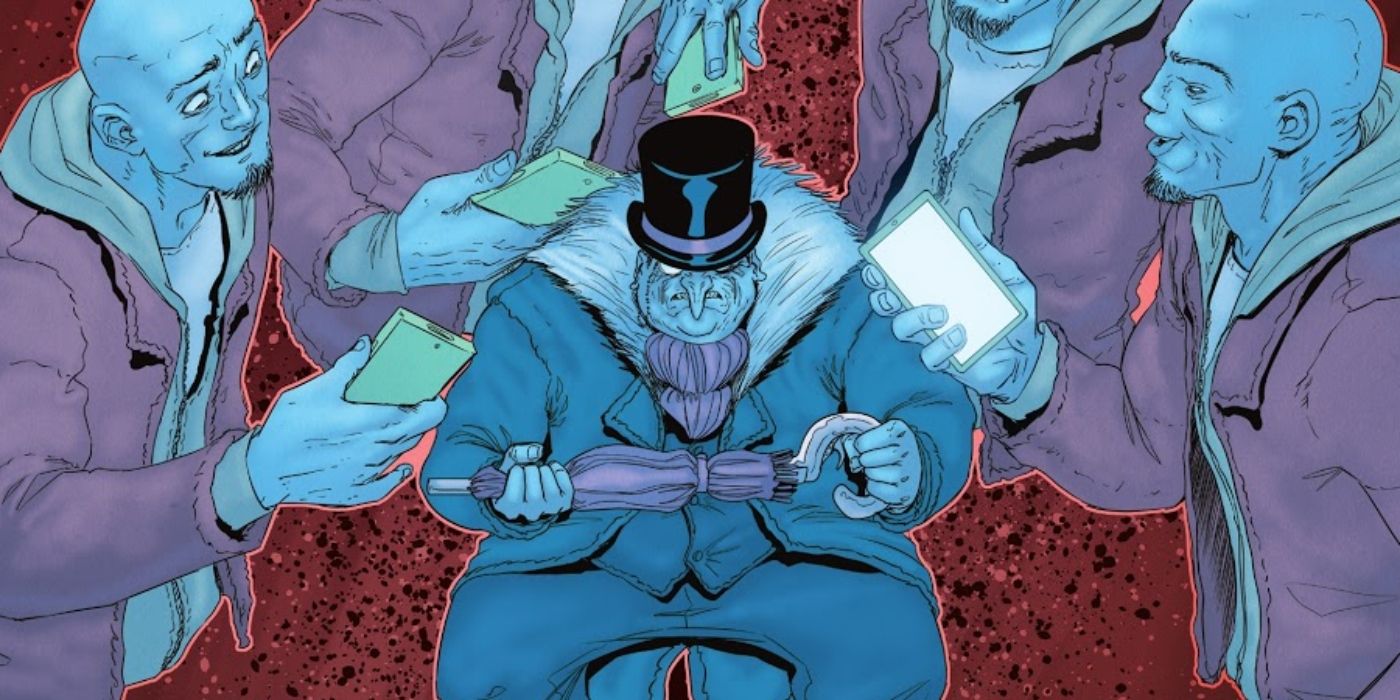 WARNING: The following contains spoilers for the story “The Syphoning” from ‘Tis the Season To Be Freezin’ #1, now on sale

Oswald Cobblepot — aka the Penguin — is at first glance one of the least dangerous of Batman’s regular rogues. While he’s a crafty strategist and a dangerous crime lord, his lack of powers or uniquely deadly weaponry means he’s unlikely to ever hold his own in a one-on-one fight with major heroes. But that hasn’t stopped him from devising plans around those physical weaknesses, and almost becoming a global level threat.

“The Syphoning” from ‘Tis the Season To Be Freezin’ #1 by Tee Franklin, Yancey Labat, Tony Avina, and Taylor Esposito reveals how close the Penguin came to absorbing the powers of the collective Super-Pets — which would have turned him (once again) into a Justice League-level threat. 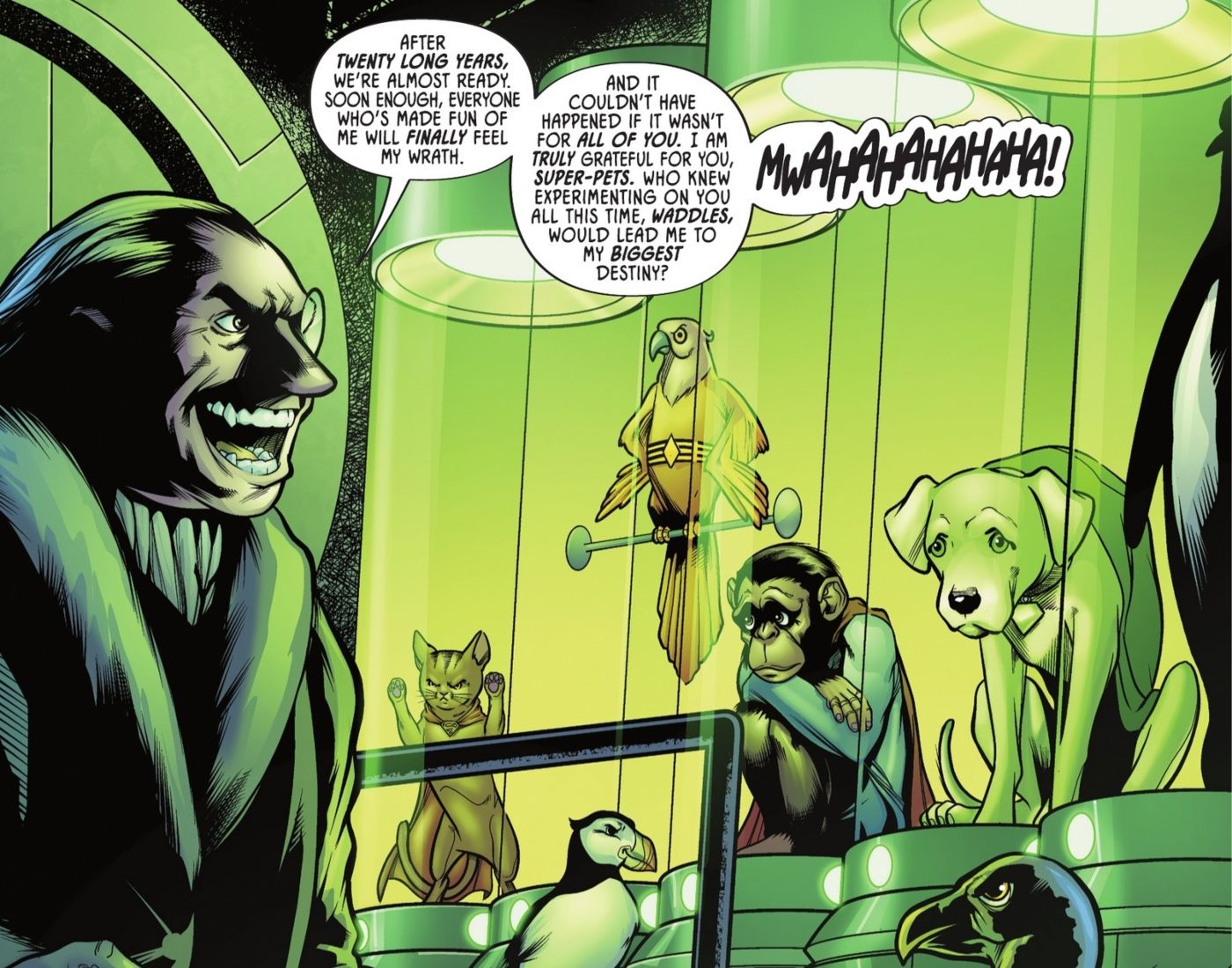 “The Syphoning” focuses primarily on Vixen and Ace the Bat-Hound, who find themselves in an unlikely team-up when the Penguin captures most of the Super-Pets. His schemes result in the capture of Krypto the Super-Dog, Bippo the Super-Chimp, Streaky the Super-Cat, and Flexi the Plastic-Bird, as well as continued experimentation on Waddles the Penguin. Using her powers, Vixen is able to communicate with Waddles — discovering he wants no part of Penguin’s plans. Vixen is able to convince Waddles to work with her and Ace to stop the Penguin. Arriving at the Penguin’s base, they’re able to trick Cobblepot and stop him from absorbing the life force of the pets (save Flexi, who Vixen is able to restore to life with her abilities).

Although they’re successful in stopping the Penguin’s plans, it’s worth noting how close Cobblepot came to becoming a Justice League-level threat. With the combined might of Krypto, Bippo, Streaky, and Flexi, Penguin would have been more than capable of holding his own against most of the heroes in the DC Universe. In fact, Vixen and Ace’s team-up might have just saved plenty of lives besides those of the Super-Pets, as Penguin’s petty rampage would have likely brought ruin to at least Gotham City before turning his attention to the rest of the world. Even the most nominally harmless of villains can become world-threatening dangers when presented the opportunity.

RELATED: Batman and Spider-Man Have the Same Weakness – and It’s Kind of Embarrassing 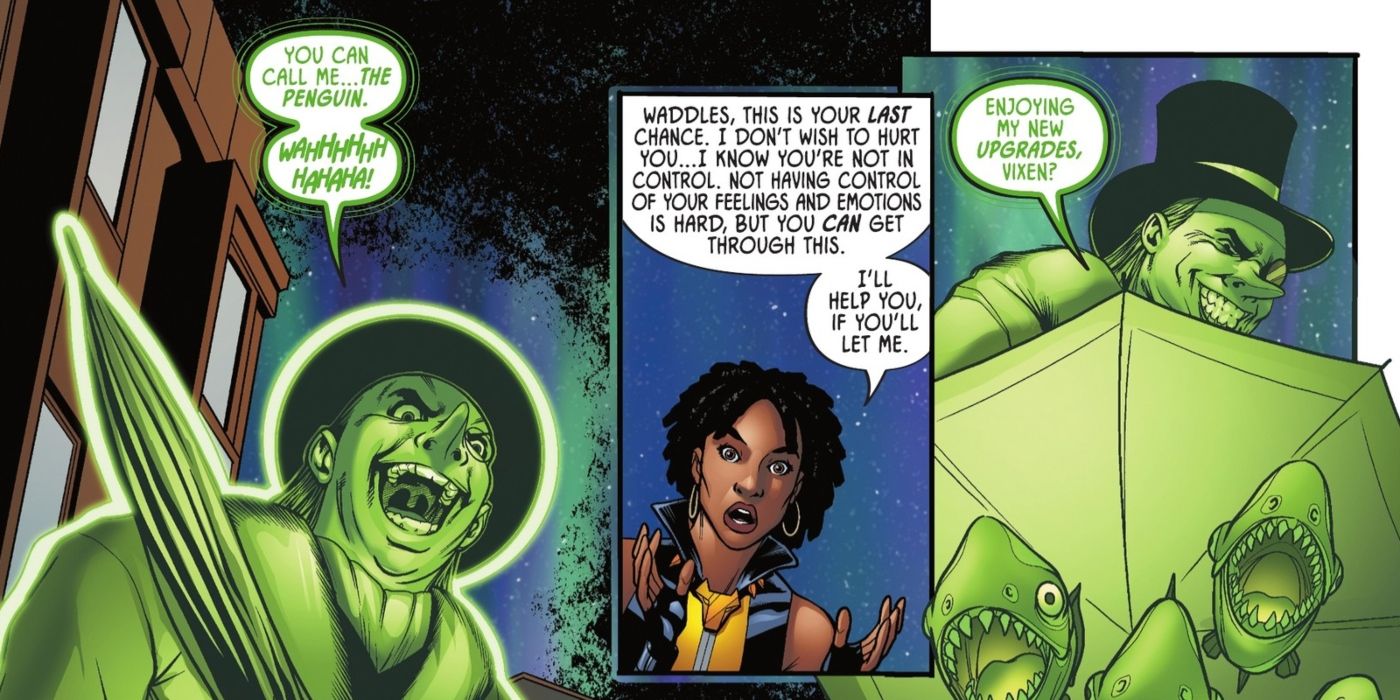 This isn’t even the first time the Penguin gained such a terrifying power boost. During the final battle of Dark Nights: Death Metal, the Penguin was able to gain a massive power boost and transform into a monstrous bird form that allowed him to kill some of his darkest multiversal variants. Meanwhile, stories like “The Silver Age” briefly allowed the Penguin to swap bodies with the Dark Knight and gain his physical strengths — while the recent “Bird Cat Love” imagined a scenario where the Penguin and Catwoman fall in love and effectively become more powerful than any other versions of themselves from across the DC Multiverse.

Penguin’s unlikely status as one of Batman’s most dangerous foes helps make all of these transformations all the more impressive. While his plan to siphon away the powers of the Super-Pets was foiled, there are plenty of other ways for someone as driven, ambitious, and vile as the Penguin to gain power over his enemies — which could all end in the Penguin quietly being the most potentially powerful of Batman’s foes.

KEEP READING: DC Admitted Batman Will Never Be As ‘Cool’ As His Villains – And That’s A Problem

The Best Comics To Read Before Spider-Man: No Way Home!