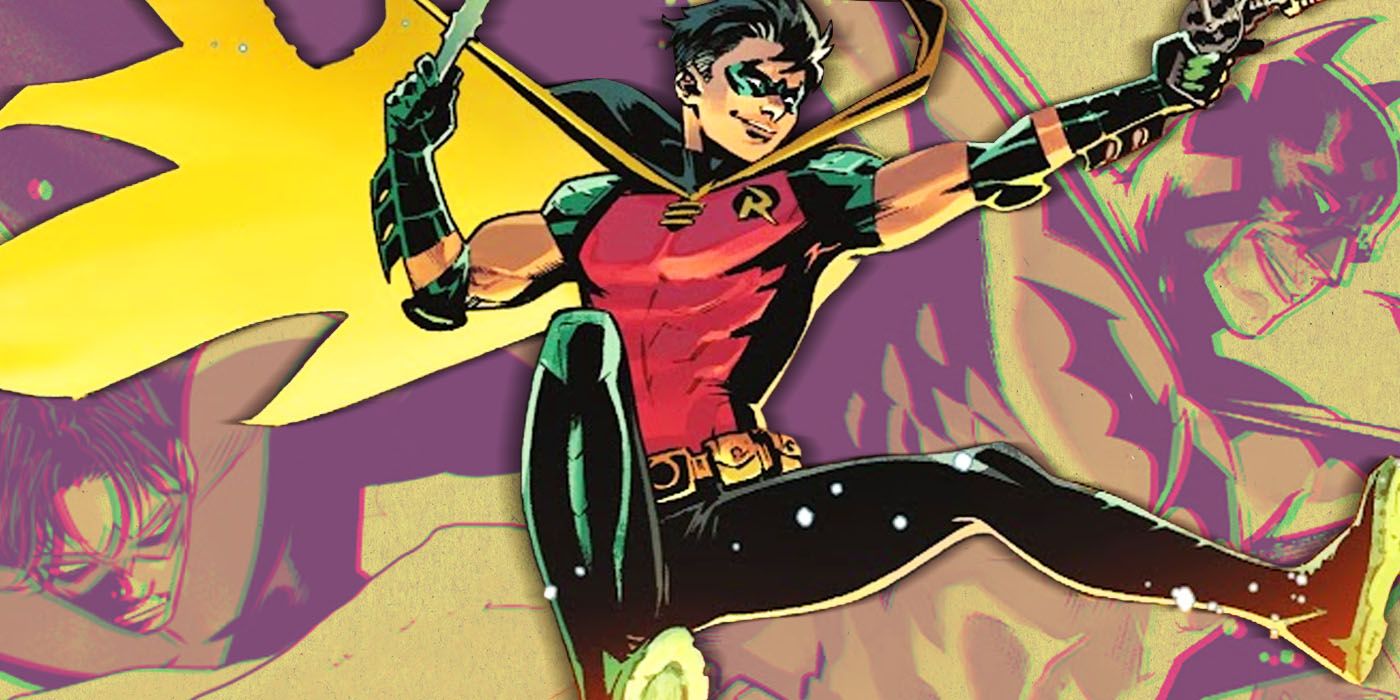 WARNING: The following article contains spoilers from “The Bats of Christmas Past” from Batman: Urban Legends #10, on sale now from DC Comics.

Nightwing has been dealing with the villains who comprise Batman‘s rouges since he was a child. In “The Bats of Christmas Past” from Batman: Urban Legends #10 (by Tini Howard, Christian Duce, Sarah Stern, and Becca Carey), the Dark Knight’s first Robin deals with the followers of the Scarecrow who emerged after the events of “Fear State,” revealing a resistance to the villain’s trademark fear toxin.

Despite this being a major advantage when he is attacked by the toxin, it is incredibly tragic that Nightwing has been exposed to such a deadly mind-altering chemical from such a young age. The fault for this lies both with Scarecrow and the Caped Crusader himself.

RELATED: How Batman’s One ‘Superpower’ Became His Most Embarrassing Weakness 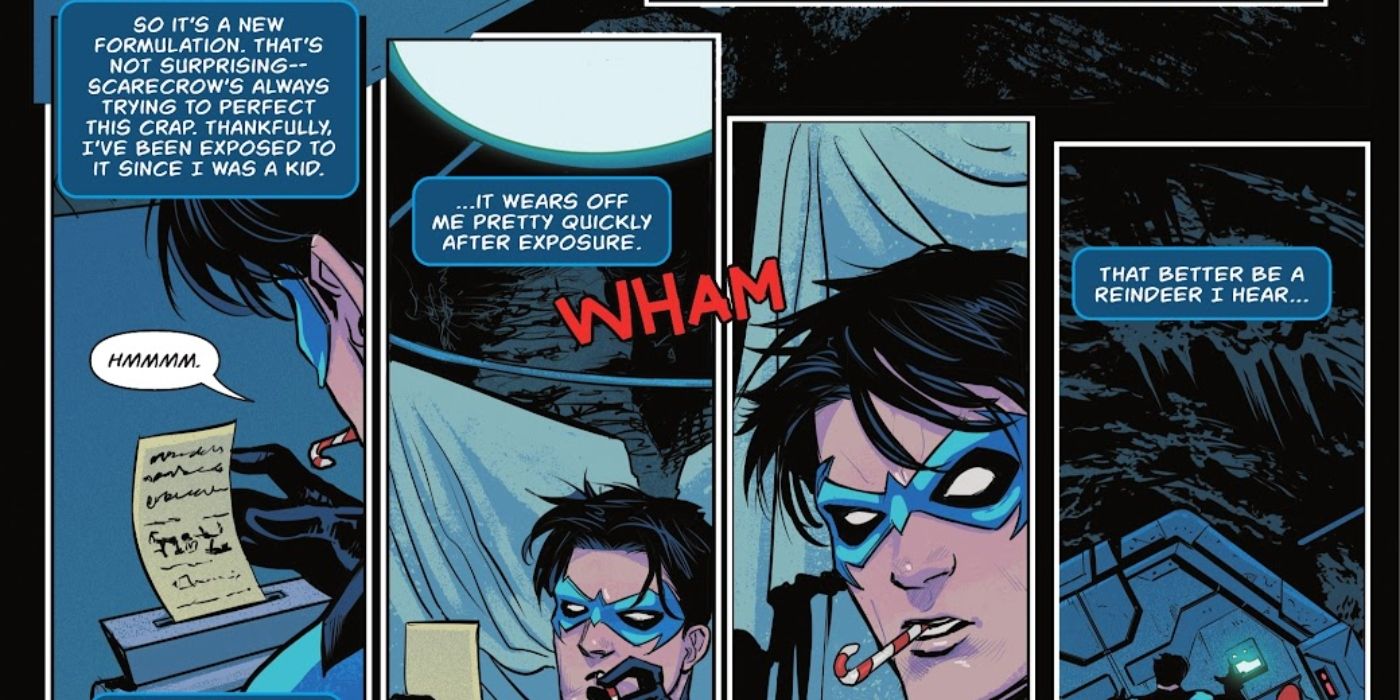 Nightwing explained that his resistance is not an immunity. The fear toxin stills affects his mind, but it lasts for a significantly shorter amount of time than it would in the average person. However, it is terribly tragic that this resistance was built up because he was repeatedly exposed to the chemical since he was a young child. The fault for that lies solely with Batman for placing a child in a dangerous situation where he would be attacked by chemical weaponry.

Even more disturbing is the fact that Nightwing is thankful for this resistance. Granted, from a tactical standpoint, this resistance is a gift when fighting enemies like the Scarecrow, but the cost of gaining this edge was too high. Others have been traumatized by the effects of Scarecrow’s toxin, if not driven completely insane. It was unacceptable that the young Robin was exposed to this at any point while Batman was his caretaker. Yet, Nightwing seems to have repressed any lingering trauma by being grateful for the end result of all the emotional and mental harm this toxin has done to him over the years. 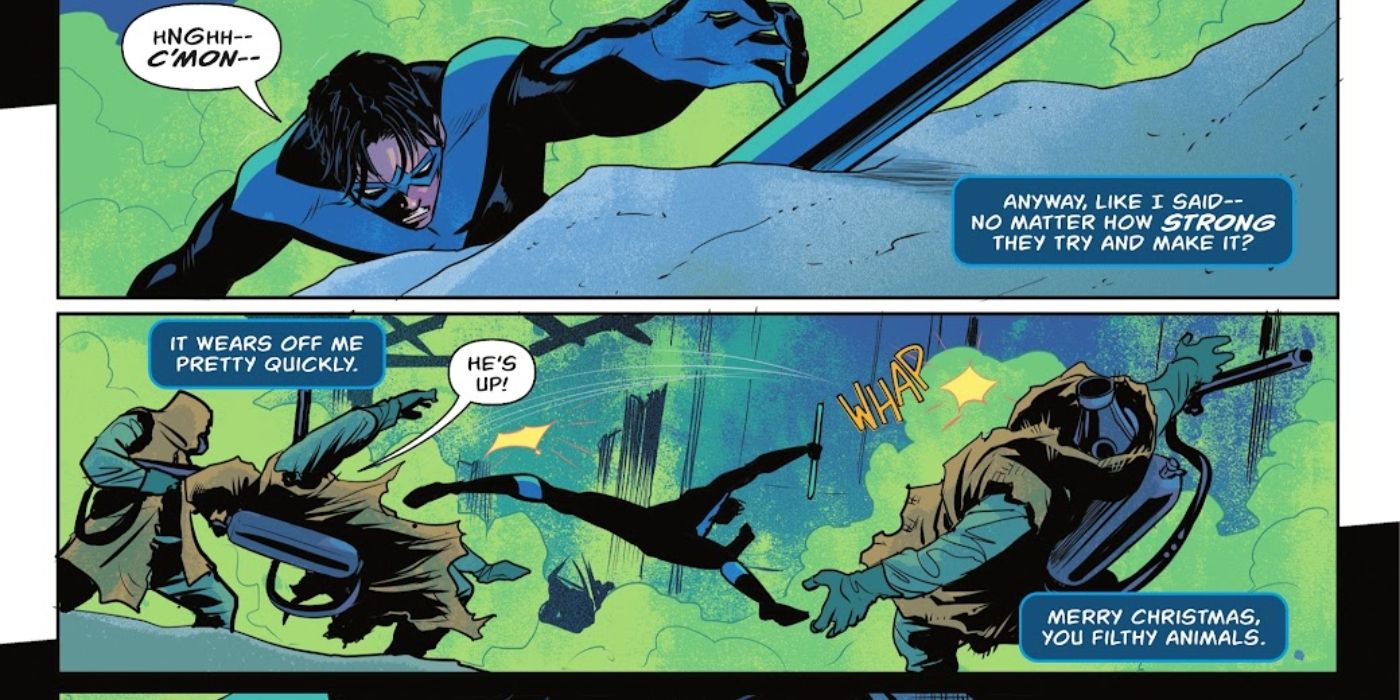 This is a recurring problem among many members of the Bat-Family, taking trauma in stride and acting as if it is a blessing in disguise. Nightwing genuinely feels that his resistance is a good thing, and this is reflective of how he has deflected the darkness in his life and remade it into a positive experience. The bottom line is that his resistance was built up through years of emotional damage, and as a child, he did not deserve to go through that.

At the end of the day, Batman is to blame for this. Although he felt that being Robin was what Dick needed at the time, his actions still put a child in harm’s way. No amount of training and protective gear can take away the fact that Nightwing was essentially an abused child. He still bears emotional scars from his years as the Dark Knight’s sidekick, and he has now revealed an internal scar that has hardened him to one of the deadliest chemical weapons in the DC Universe.

KEEP READING: DC Admitted Batman Will Never Be as ‘Cool’ as His Villains – and That’s a Problem