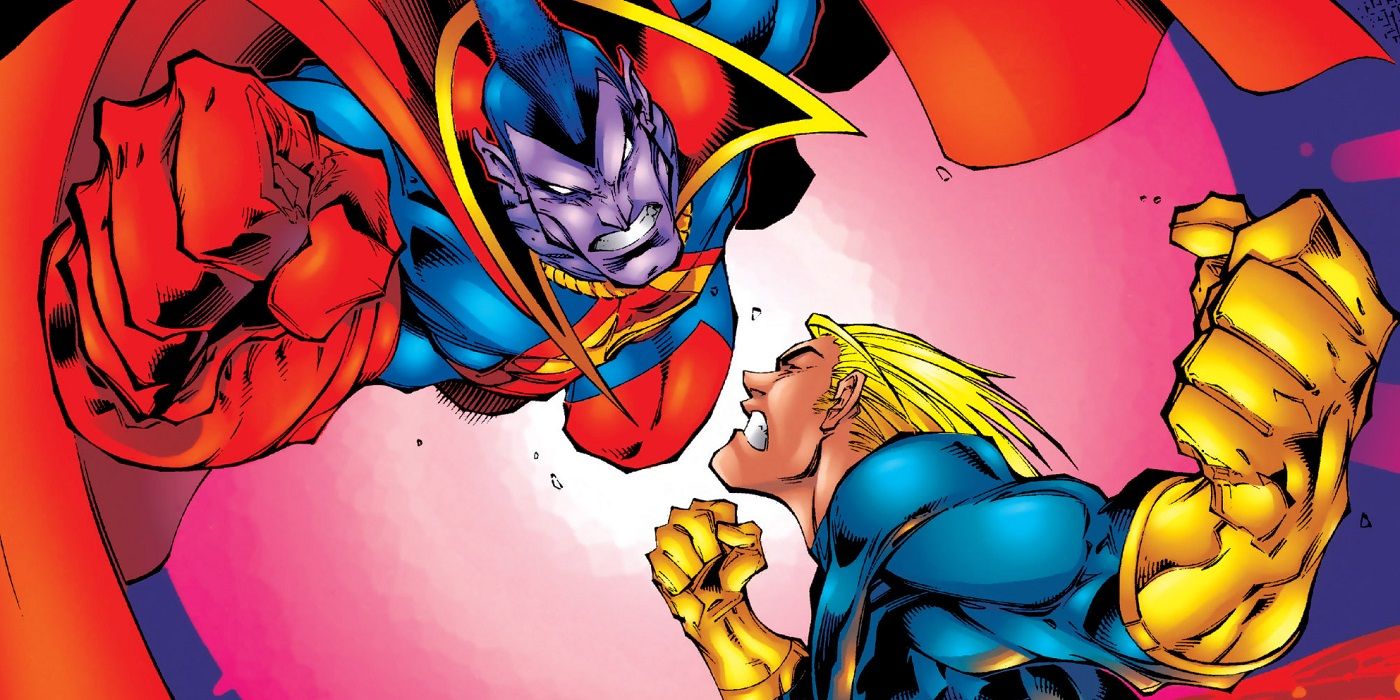 Today, we look at an impressive moment by Cannonball at Christmatime.

And now, a bit late, Day 12 will be opened (once opened, the door will feature a panel from the featured story)… 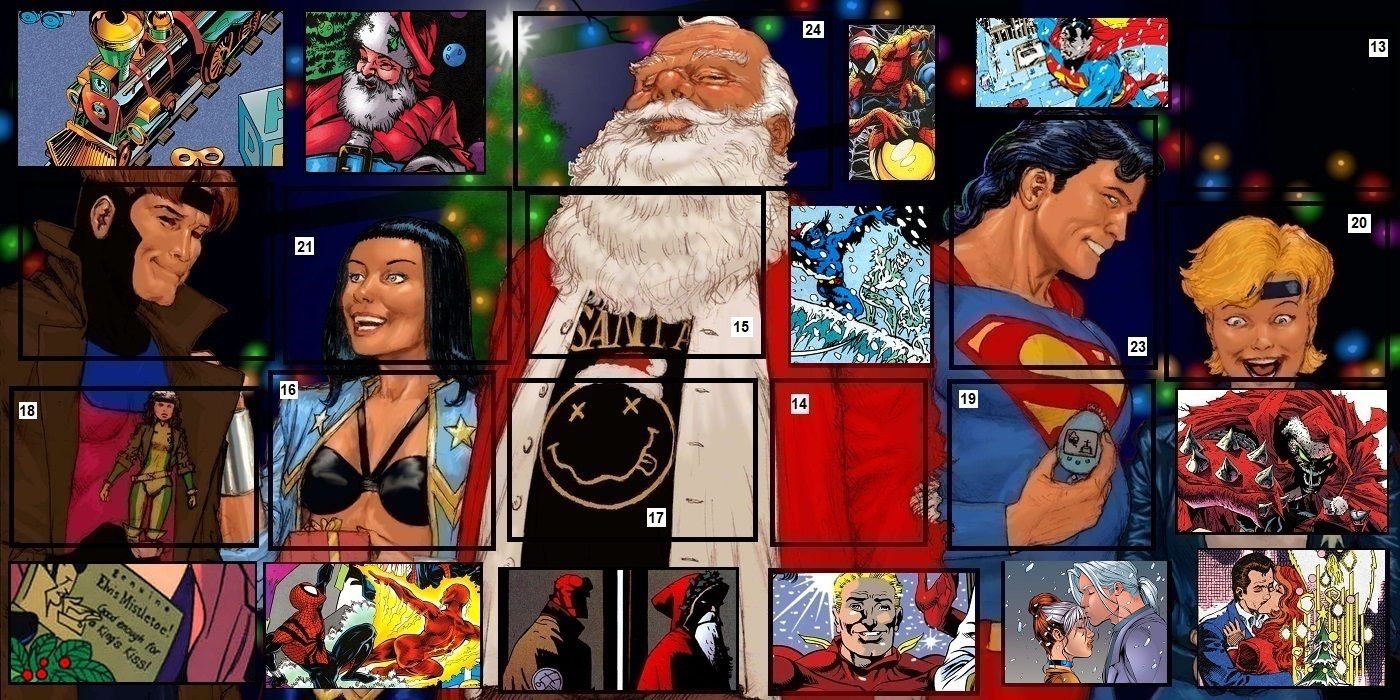 Today, we look at 1996’s “When Strikes the Gladiator” by Scott Lobdell, Joe Madureira and Tim Townsend from Uncanny X-Men #341.

This is issue is an intentional homage by Lobdell to another Christmas X-Men classic (which will be the next story on the countdown).

The story ends with the X-Men begin transported into outer space for a grand adventure. It begins, like the story that it homages, with the X-Men at Rockefeller Center, with people enjoying Christmas by ice skating… 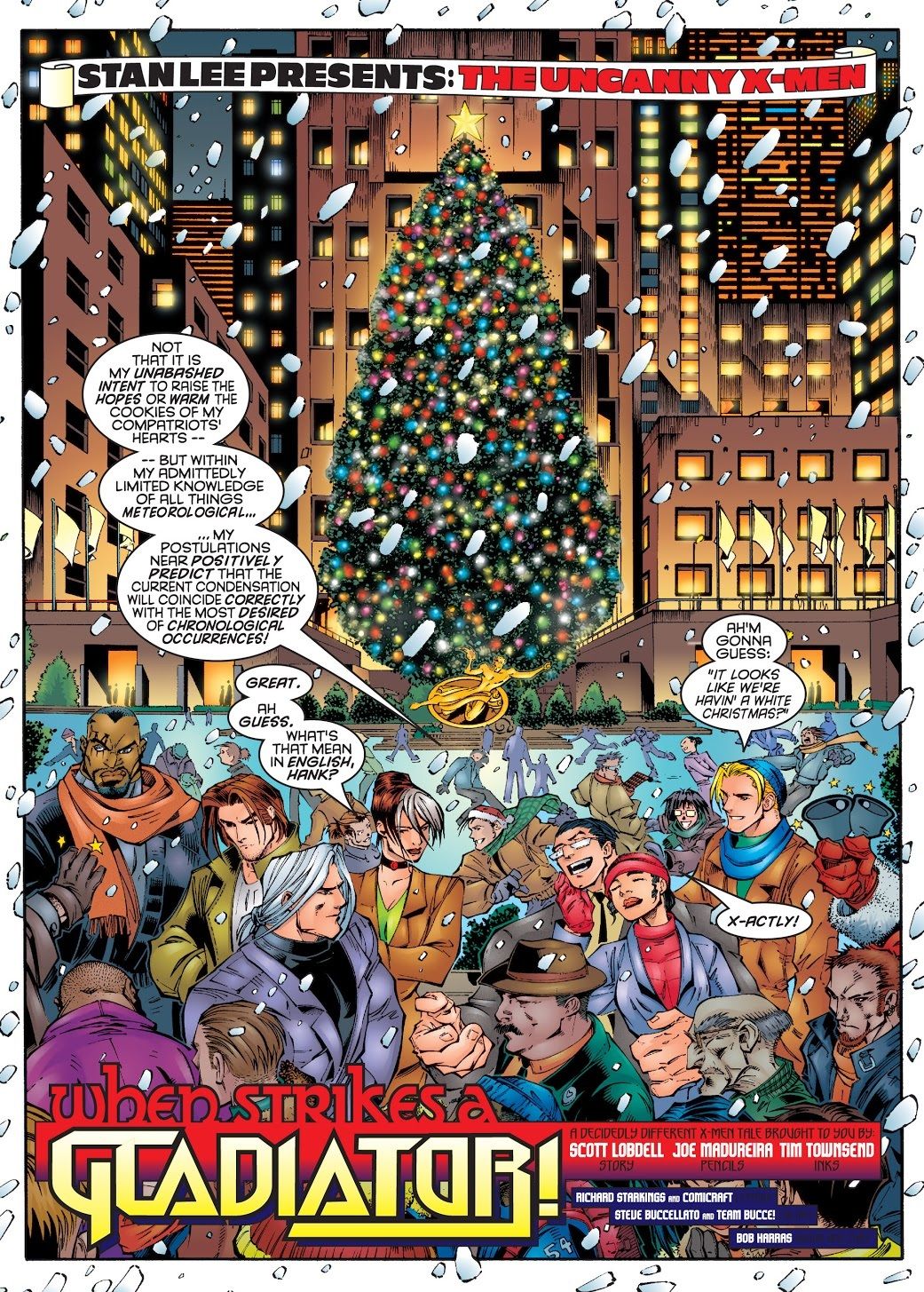 They then all split up. Cannonball, who had only recently been promoted to be a member of the main X-Men team (which, on the one hand, worked really well, but on the other hand, it definitely didn’t exactly flow naturally from being the guy who took over the leadership of X-Force when Cable went missing soon before the X-Cutioner’s Song. That Sam Guthrie didn’t seem like the type to be all, “Oh, I got promoted? Okay, see ya suckers!” to the rest of his team), went to a toy store to do some shopping for his many brothers and sisters… 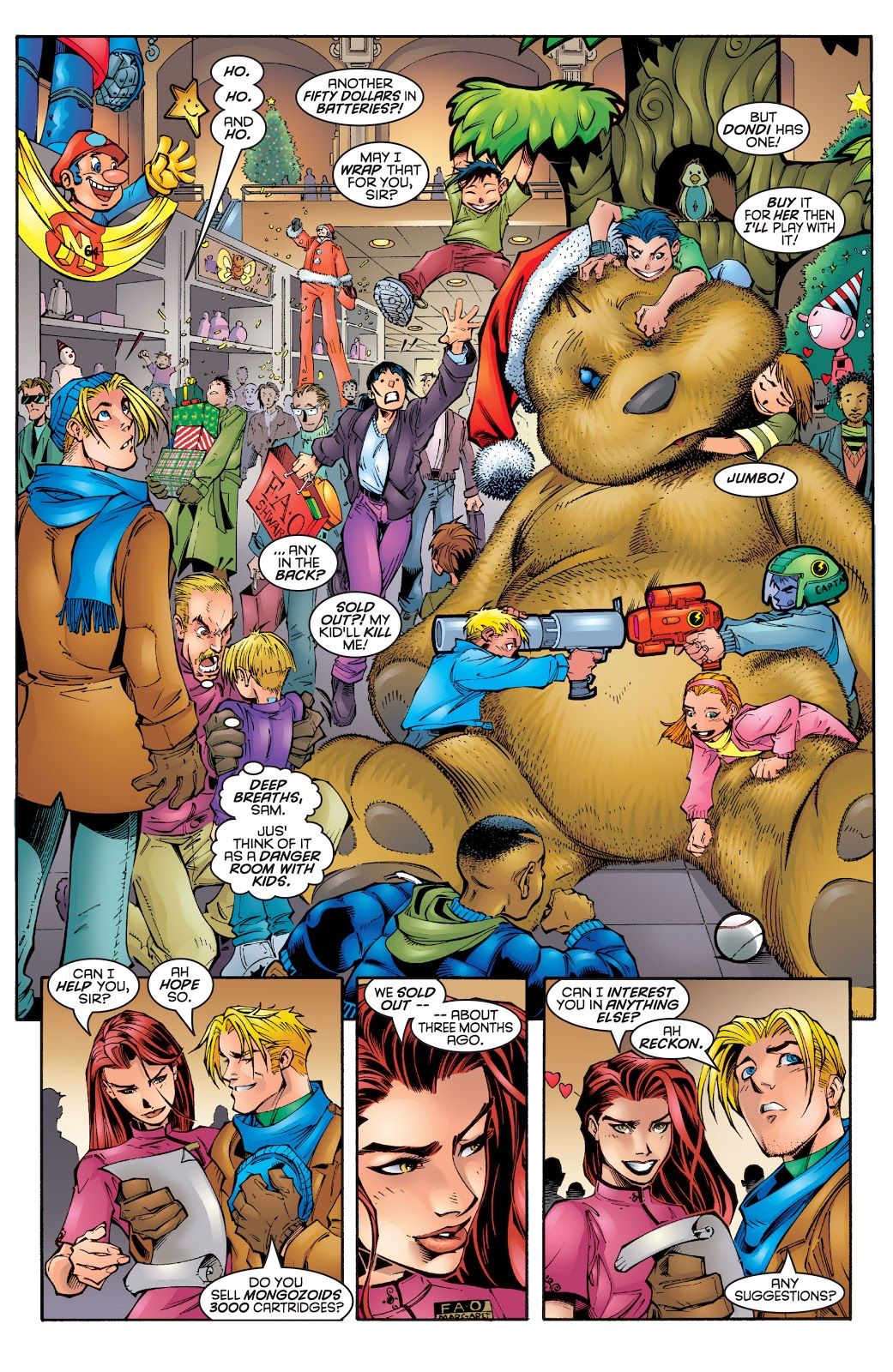 His shopping was interrupted, though, by a stargate, through which Gladiator emerged! 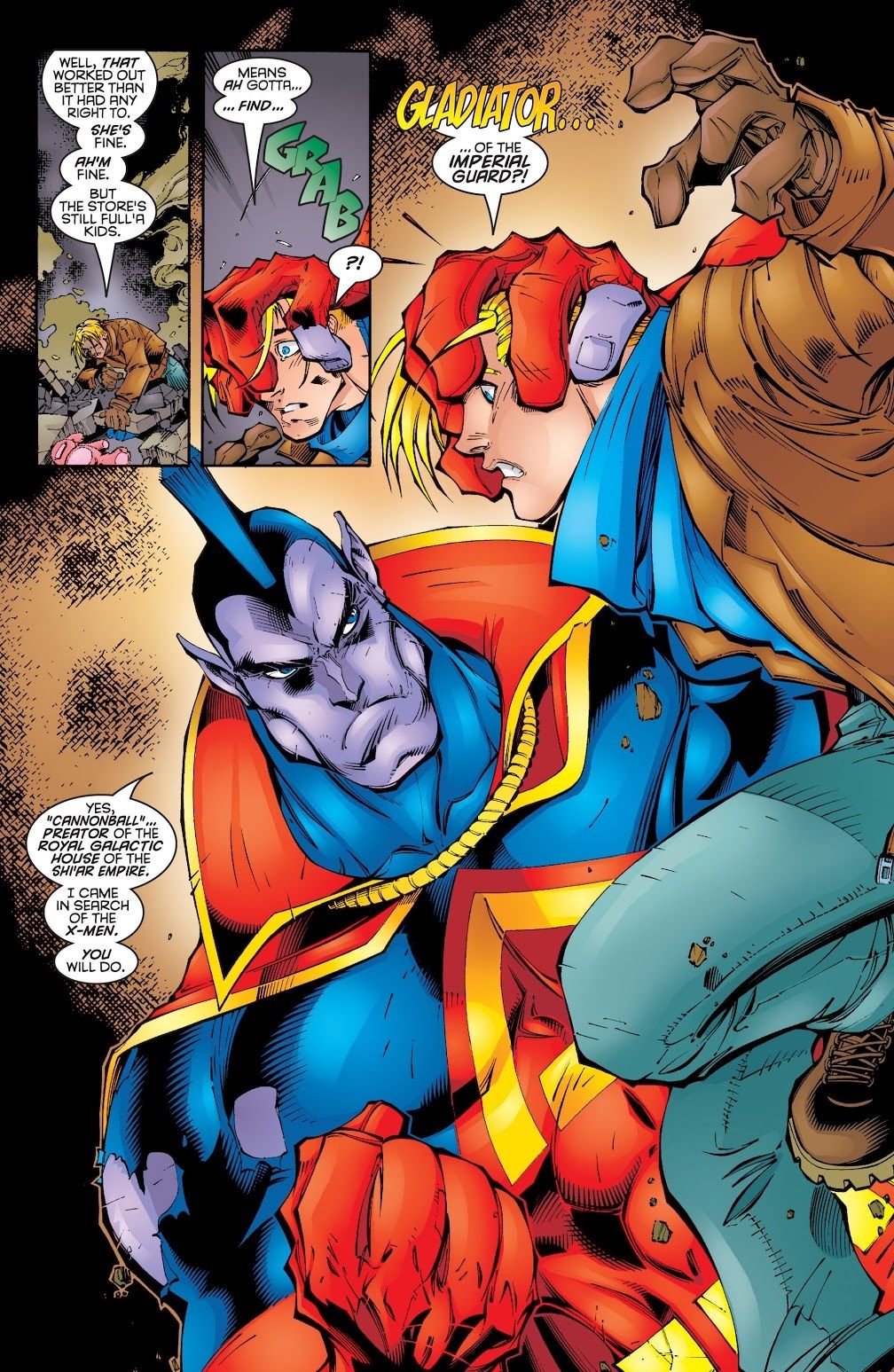 The majority of the issue was devoted to Cannonball fighting against Gladiator (including a bit where Cannonball takes advantage of Gladiator’s powers in one of the most clever bits that Lobdell ever came up with during his X-Men run. That’s not meant as a backhanded compliment, by the way, as Lobdell had a number of clever bits. This was just one of the best).

However, there was also time given to Rogue spending the holiday with Joseph, who was believed to be an age-reduced Magneto at the time. They go on a classic New York City Christmas date… 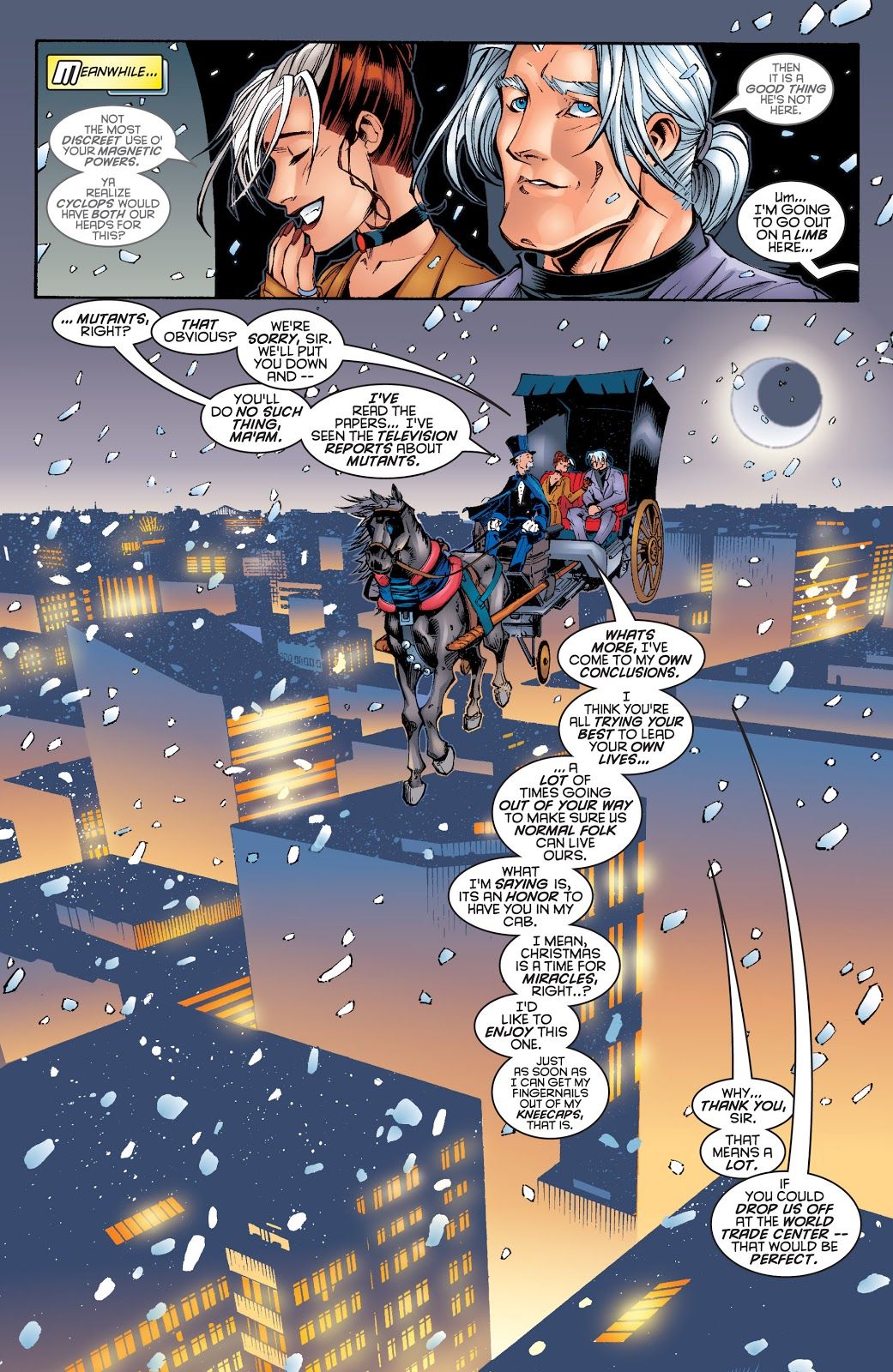 Then, Joseph introduces a special alien device that can remove Rogue’s powers temporarily! 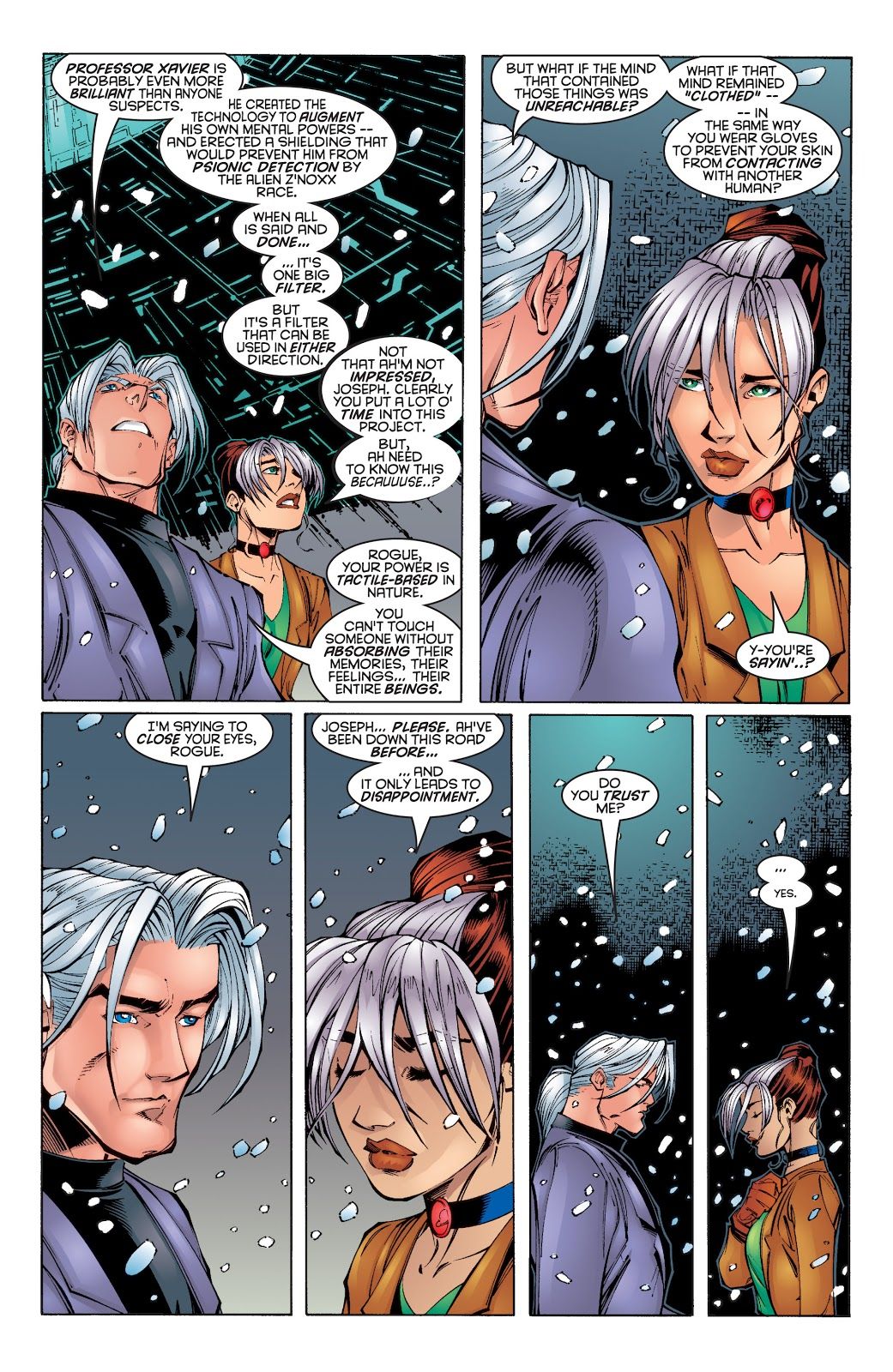 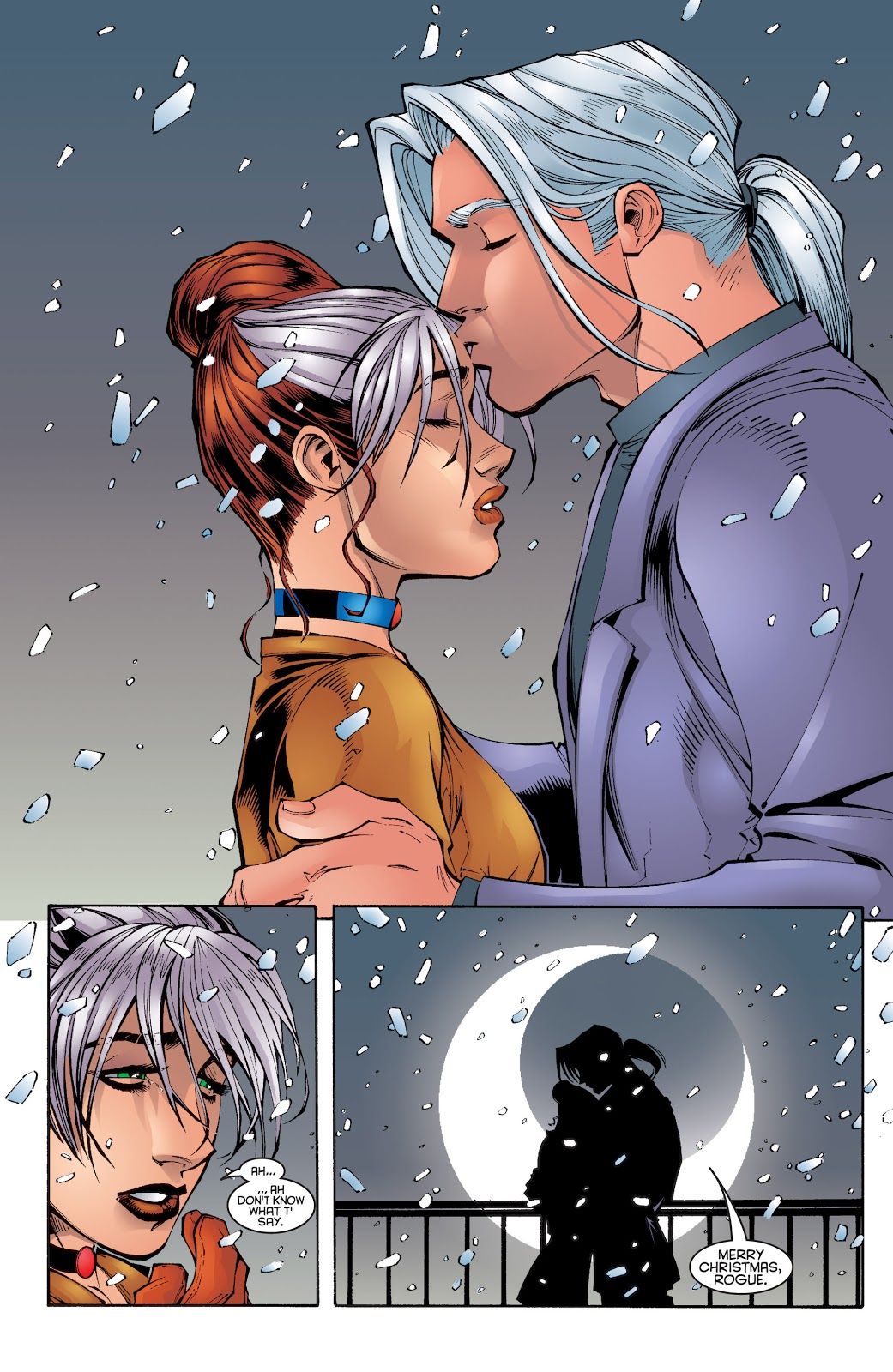 Adorable moment. Boy, Joe Madureira was really in the zone during this point of his run on Uncanny X-Men.

Anyhow, once Cannonball seemingly takes out Gladiator, the other X-Men show up at the scene of the damage and they are all taken into outer space (except Cannonball, who Gladiator felt was too young to send into battle).

Like the next story on the list, this story is more about non-Christmas stuff, but the Christmas stuff in the book was so strong that it still gets to be high on the countdown.

My Hero Academia Seems to Have Confirmed Another Dabi Theory

Nickelodeon Reveals Are You Afraid of the Dark?: Ghost Island Teaser Trailer