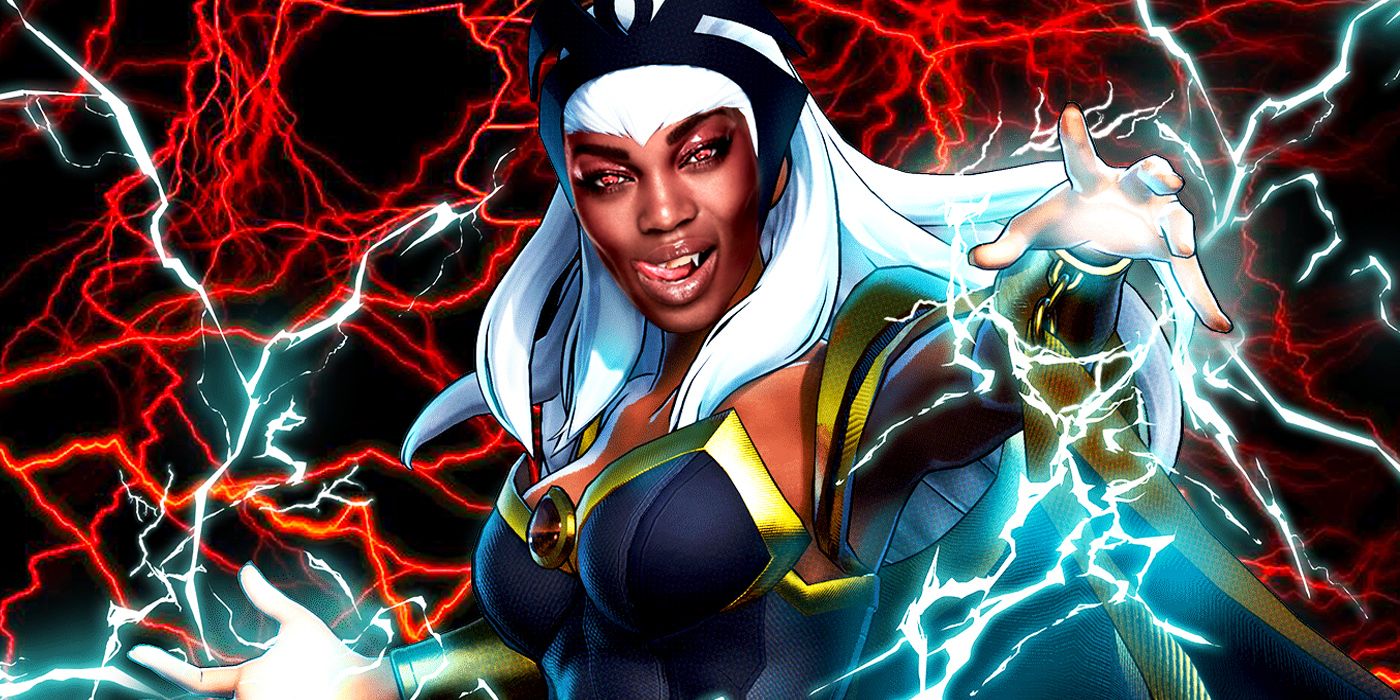 Since her introduction, Storm has been one of the most iconic X-Men because of her unique weather-controlling powers and her commanding but caring personality. Ororo Monroe, descended from a long line of sorceresses and commonly called the Weather Witch, has always had a connection to the supernatural but it’s always been overshadowed by her mutant powers. But a chance encounter with Dracula pushed Storm to become the first mutant vampire, merging her mutant and supernatural aspects into one.

In Chris Claremont’s and Bill Sienkiewicz’s Uncanny X-Men #159, Storm was assaulted during a late-night New York stroll and left with mysterious bite marks on her neck. After the X-Men brought her back to safety, she started experiencing strange symptoms and entered a dreamlike trance. During the night, Dracula came to Storm to bring her to his castle and transform her into his bride. Kitty Pryde jumped to her aid with a cross but found that it was ineffective though he was repelled by her Star of David. Storm knocked Kitty out, then Dracula took her away to his castle to begin their new vampiric partnership. 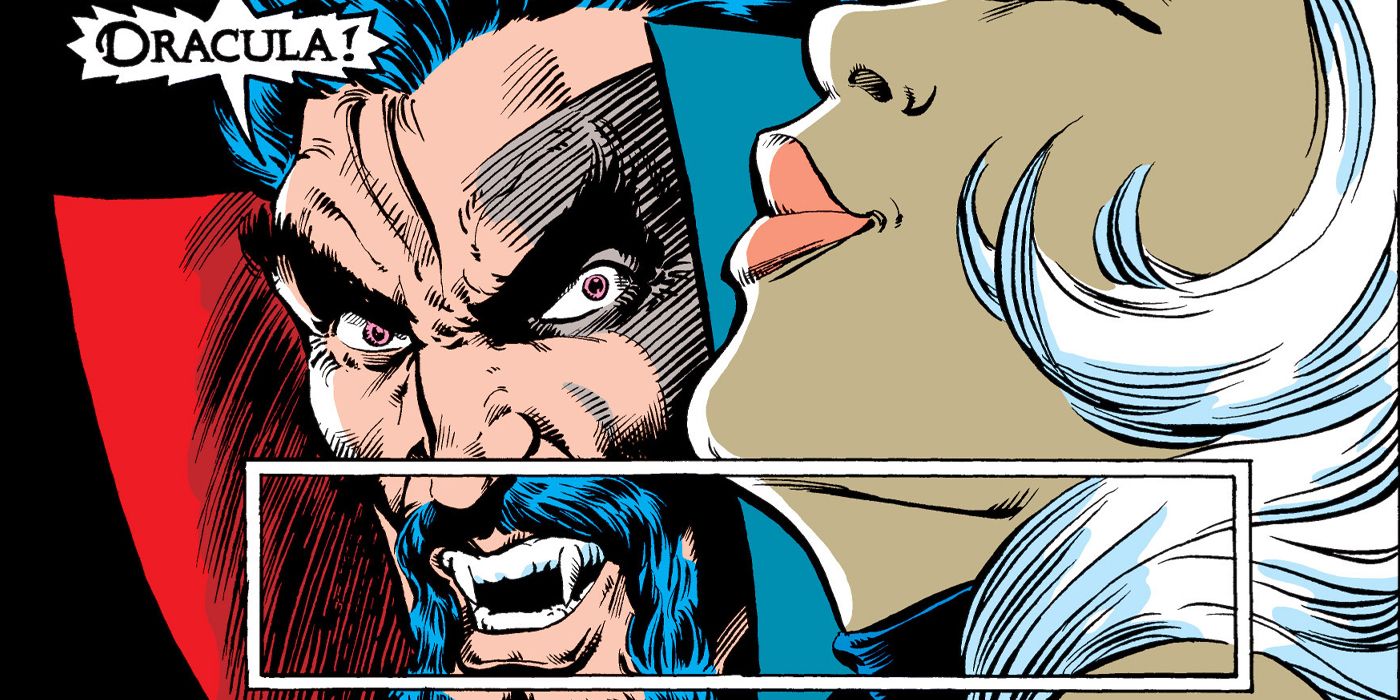 As the X-Men fought Dracula outside his castle, Kitty snuck inside to find Storm. Kitty, who came armed with a wooden stake, was ready to kill her leader but stopped at the last minute. Dracula attempted to make Storm slay the X-Men but she willed herself to resist. The vampiric duo flew through the sky, attacking each other with their unique powers but Storm managed to make him crash land. Using his vampiric control over her, he willed her to kneel but Storm continued to defy her, resolute that no one would die because of her. Taken by her rare beauty and courage to defy him, Dracula stopped his rampage and let Storm leave but assured her that they would meet again because they would be forever linked.

Dracula’s attempted enthrallment of Storm not only started a rivalry between the two, but also started a long-term feud between mutants and creatures of the night. While Storm was the first mutant vampire, she was far from the last and their interaction foreshadowed a de-powered Jubilee’s vampiric transformation decades later during “Curse of the Mutants.” Dracula’s son Xarus detonated a bomb that covered Jubilee and dozens of other people with vampire-converting blood. The aftermath of the explosion saw the X-Men going to war with vampires and failing to transform Jubilee into a regular person. She was forced to live as a vampire until 2018 when Quentin Quire sacrificed his last bit of the Phoenix Force to return her mutant powers. 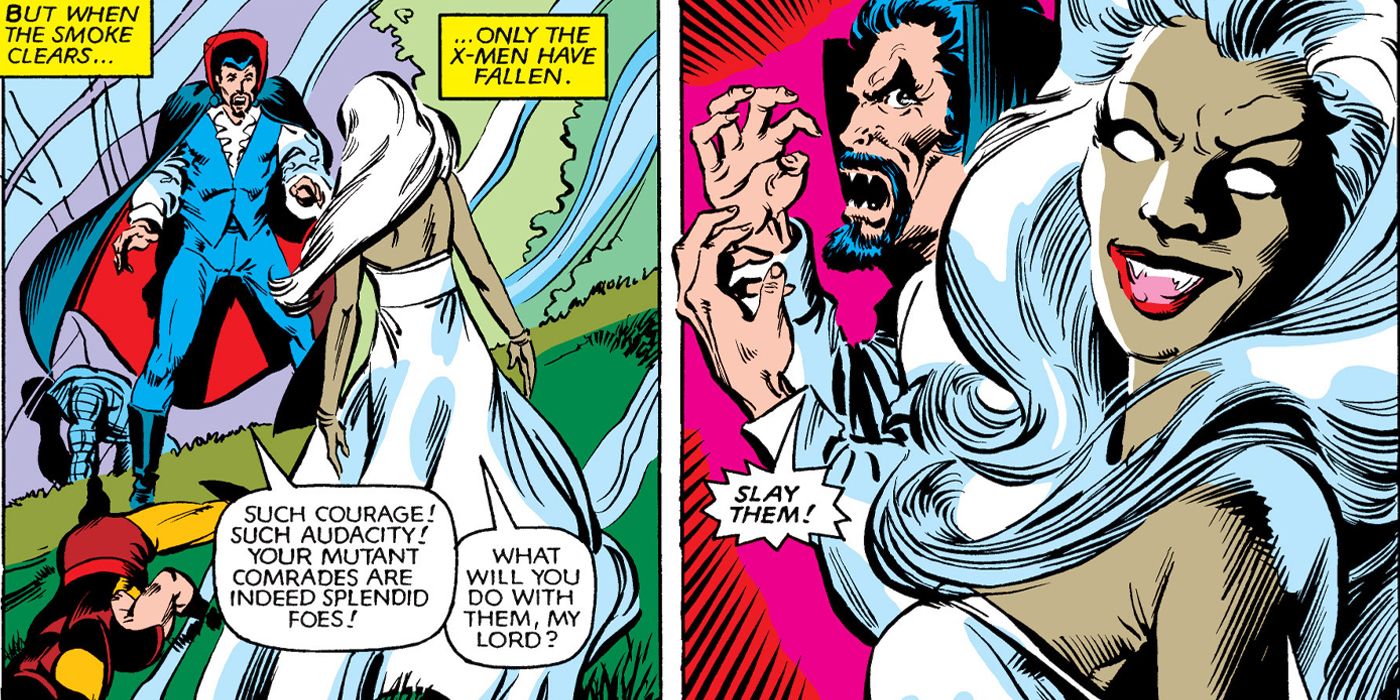 More recently, Dracula has united legions of vampires under the banner of his Vampire Nation and they’ve started gearing up for war with the mutant nation of Krakoa. Dracula sent Omega Red to spy on Krakoa and has started bleeding multiple heroes of their blood in a bid to rid himself of his vampiric weaknesses. Meanwhile, hordes of vampires have made their way across small towns to convert regular humans into new foot soldiers for Dracula’s army. Wolverine has been slowly hunting vampires since he was first kidnapped by them. But they became a bigger threat than he could handle, forcing him to ask the Sevalithi vampires of Otherworld for their help in riding Earth of Vampire Nation.

A cold war has been brewing between mutants and vampires since Storm’s transformation into the first mutant vampire, at times flaring up to open warfare and at other times lying nearly dormant. Given the recent developments, the conflict between the two species is heating up once more and because of their complicated history, Storm is likely to be a key piece in the fight against Dracula.